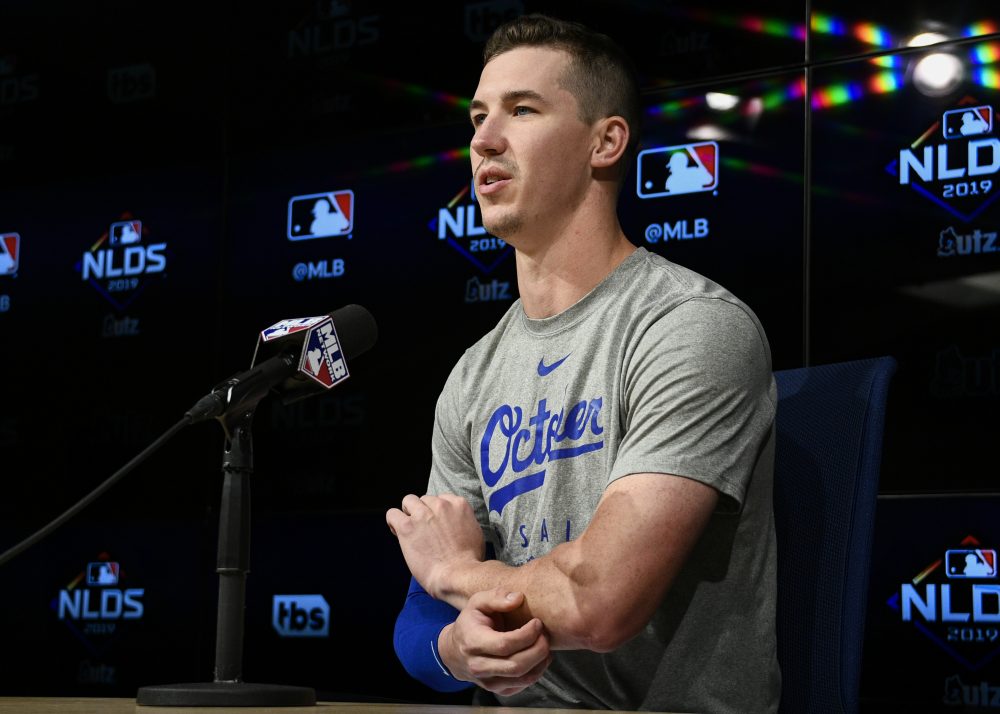 The Nationals and Dodgers kick off their NLDS series tonight with a battle of contrasts on the mound.

After initially playing it close to the vest, Dave Roberts made his call early Wednesday evening and tabbed Buehler as his Game 1 starter. Although any one of Clayton Kershaw, Hyun-Jin Ryu or Buehler would have been a solid choice, the Nationals relative strength against southpaws made Buehler the most logical option.

Corbin paid early dividends on the $140 million, six-year pact he signed with the Nationals last offseason, finishing in the top 10 in pitcher WARP for the second consecutive season. The advantage the Dodgers might have against a gassed Wild Card winner will likely be nullified against a deep Nationals rotation, at least in the early part of the series.

Thanks to their fat NL West lead, the Dodgers had the luxury of resting and rotating their key players down the stretch. Turner sat out the last five games of the regular season due to back tightness; he probably would have played if there had been something to play for in Los Angeles at the end. Dodgers’ lineups are tough to predict because David Roberts platoons expertly but occasionally goes against the grain.

The Nationals were somewhat better against southpaws than right-handers, as their .785 OPS against RHP was eighth in the majors, which is sixth best among the eight remaining playoff squads. Buehler has had mixed results against Washington this season. He tossed seven shutout innings at home in May but was tagged for seven runs (four earned) in 5 1/3 innings in a return engagement in DC.

The Nationals did what many expected them to do in the Wild Card game and went with a tandem strategy of Max Scherzer for five innings and 77 pitches followed by Stephen Strasburg’s three innings and 34 pitchers. This gives Washington manager Dave Martinez the advantage of a fresh bullpen, but given that the Nationals 4.93 bullpen DRA is by far the worst of any of the remaining playoff teams, expect Corbin to throw at least 105-110 pitches in this game unless he’s awful. The Dodgers aren’t nearly as strong against southpaws as they are against righties; expect Martinez to use this to his advantage.

The depth advantage the Nationals had in the Wild Card game disappears against a far stronger Dodgers opponent that has put on a clinic in maximizing platoon differentials the last few seasons. The Dodgers’ bullpen is also markedly superior, even if the elite version of Kenley Jansen doesn’t show up. The Nationals are talented enough that they’re not going to simply roll over, but if this series is decided because of depth and bullpens, LA is in the driver’s seat.

PECOTA loves Buehler and gives the Dodgers 60 percent chance of winning the opening game of the series. If the Nationals are going to have any shot in this series, a rested Corbin will have to step up and take advantage tonight. Historically, Corbin has loved pitching at Dodger Stadium; he has a 2.97 ERA there in 11 career starts. The Dodgers have a huge advantage for the series but let’s have some fun here and give the Nationals Game 1 of the series in a moderate upset.

You need to be logged in to comment. Login or Subscribe
Fred Bellemore
Funny how things work. David Freese had clearly struck out (see 3:41:32 of the video below) with 2 outs in the top of the ninth in Game 5 with the Nats up 7-5 on the Cardinals. But neither the plate umpire or the first-base umpire would ring him up, and that was the begining of the Nat's post-season misery. Now Freese, of all people, leads off the LA line-up against LHPs.

https://www.baseballprospectus.com/news/article/53977/nlds-game-1-preview-wild-card-winners-must-now-deal-with-buehler-dodgers/
Reply to Fred
Fred Bellemore
Funny how things work. David Freese had clearly struck out (see 3:41:32 of the video below) with 2 outs in the top of the ninth in Game 5 with the Nats up 7-5 on the Cardinals. But neither the plate umpire or the first-base umpire would ring him up, and that was the begining of the Nat's post-season misery. Now Freese, of all people, leads off the LA line-up against LHPs.