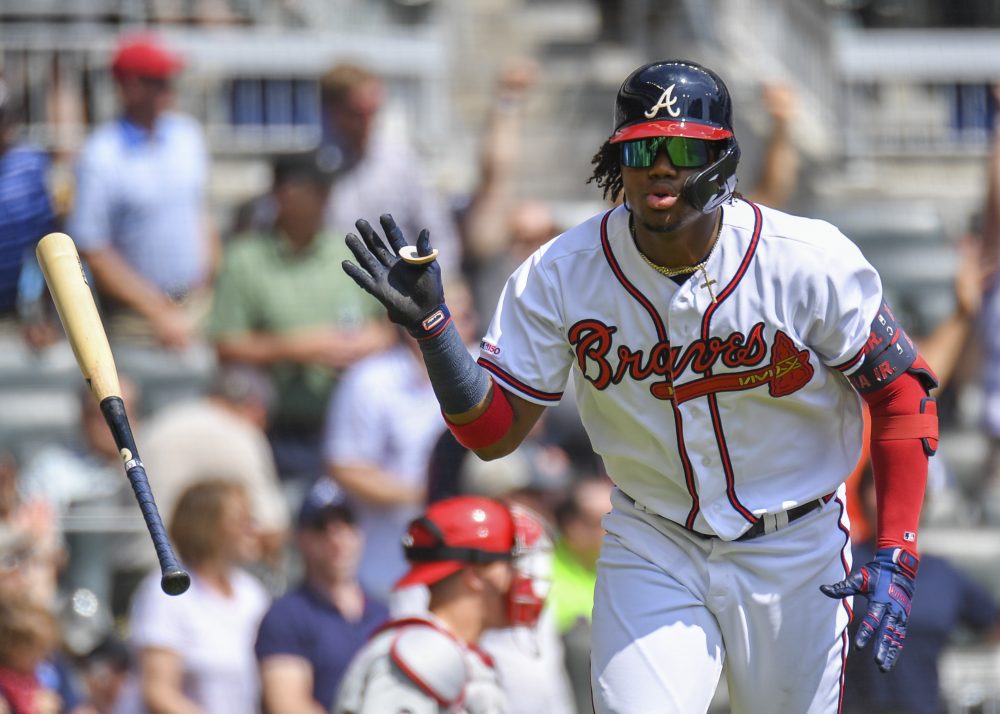 The Cardinals punished the Cubs in September and played to a .635 winning percentage in the second half to take the NL Central crown. The Braves saw some of their big bats deal with injuries to end the season and had their second worst monthly winning percentage in September, but both Ronald Acuña Jr. and Freddie Freeman are good to go at the start of the playoff series, and Atlanta had the more powerful offense throughout the year.

I’ll admit I didn’t pick either team to lead their divisions in the preseason, but they’ve both earned their playoff berths. As we enter the best-of-five series, it’s a close matchup on paper. PECOTA sees the Braves as the favorites in Game 1, though not by a huge margin. Vegas gives the nod to the home team as well.

Kolten Wong managed to make it back to the lineup, which allows Tommy Edman (110 DRC+) to come off the bench where needed. Add in Jose Martinez, and there is good potential for clutch pinch hitting in the later innings. Paul Goldschmidt had an off year for him, but he got back to normal in the second half and still led the team with 34 home runs and a 119 DRC+. The other big sluggers, Ozuna and DeJong, had the power production, but DeJong’s strikeouts were high and helped explain a more pedestrian 104 DRC+. Matt Carpenter had an off year due to back and foot injuries, but he recovered in September (.267 average, three home runs, 20 percent HR/FB) and could be a difference maker if Wong isn’t fully healthy and Edman has to take over at second again. And let’s not forget the legend that is Yadi, with his above-average bat for a catcher and elite metrics behind the plate.

Despite St. Louis’ best efforts on offense and their ability to string together wins, the run production crown belongs to Atlanta. The Braves have four full-time starters, plus Matt Joyce, who put up a DRC+ of 119 or higher — St. Louis’ best mark by any hitter. Even if Freeman (141 DRC+) and Acuña (129 DRC+) aren’t quite 100 percent, they’re still formidable, and the supporting cast is stronger. The Braves could have had a solid power bat off the bench, but they decided to leave Austin Riley (18 home runs, 89 DRC+) off the roster for the left-handed Rafael Ortega — he of the .224 average against righties, compared to Riley’s .215 (though Ortega’s OBP was better). Instead, the big bat off the bench is Adam Duvall, who finished strong (.324 average and four home runs in September).

Balls that are not hit into the ground — that’s where this game will be won. Neither starting pitcher is a strikeout machine, so the first half of the game is going to see a lot of balls in play. St. Louis ended up with a MLB-best fielding percentage, and Atlanta ranked fourth in the majors and second in the National League behind the Cards. If the ball doesn’t leave the yard, there’s a better than average chance it gets gobbled up by the defense.

The starting pitchers have ground ball tilts, with Keuchel at 60 percent compared to Mikolas at 47 percent. However, both starters saw their highest HR/9 (each at 1.3) in recent years. Even when it becomes a bullpen game, there are heavy ground ball tilts on each side. For the Braves, there are Newcomb at 49 percent, Luke Jackson at 60 percent, Chris Martin at 50 percent, and closer Mark Melancon at 62 percent; for the Cardinals, there are John Brebbia at 51 percent, John Gant at 46 percent, Junior Fernandez at 50 percent, and closer Carlos Martinez at 56 percent. However, both teams also have relievers who have given up a few more home runs than ideal in the second half (Gallegos and Andrew Miller for St. Louis, Shane Greene and Jackson for Atlanta).

On the offensive side, the Braves had the best team line drive rate (24 percent) in the Major Leagues, and the Cardinals were fifth (22 percent). When it came to team fly ball rate, the Cardinals were 10th and the Braves were 14th. The teams also displayed solid hard hit rates (Braves second overall, Cardinals seventh).

It’ll be a game-long battle to see which offense can loft the ball and string together a few hard hits against pitching staffs that keep things on the ground and defenses that make great plays. It doesn’t even have to be home runs that decide the series — though those are certainly likely in the juiced ball era and with the middle of the orders on both teams.

Despite the fact that Game 1 doesn’t feature the lights-out ace on either side, it’s still going to be a close game, and Atlanta had the advantage there all season, with a .636 winning percentage in one-run games (compared with St.Louis’ .532 rate).

My money’s on Atlanta tonight. They have more opportunities to change the game with one swing and enough relief weapons to make up for Dallas Keuchel (who lost his last three regular season starts) if he struggles. Anything can happen in just one game, but the Braves’ batting prowess (six starters hitting .280 or better) and ability to put the ball in play (as well as over the fence) will make the difference when Jack Flaherty’s not on the mound.