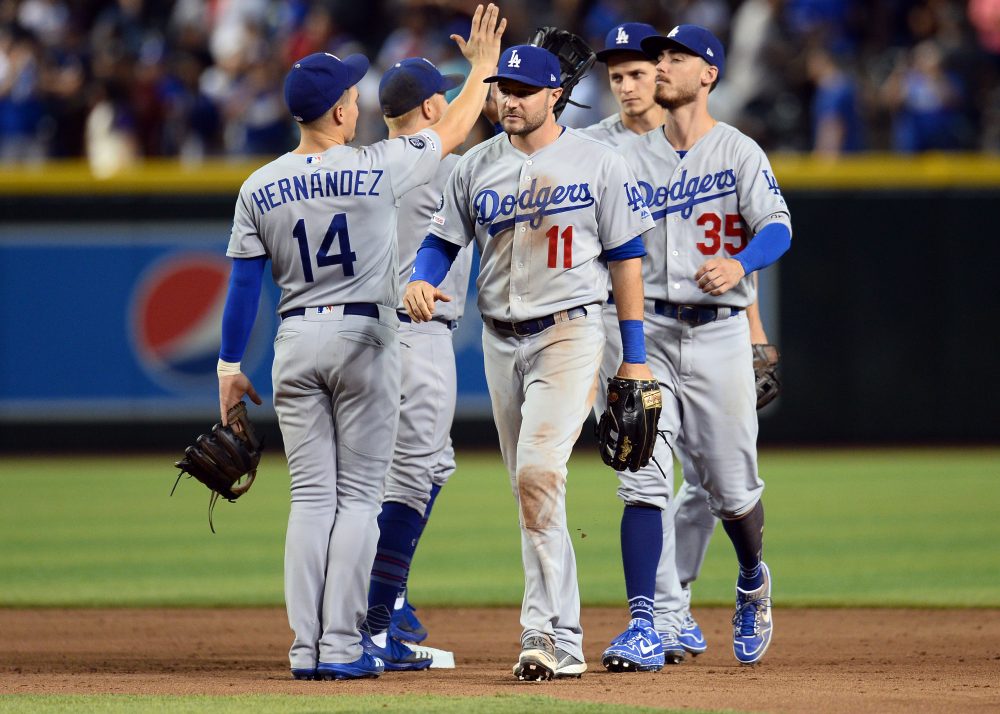 Postseason baseball is here in earnest, now that the Wild Card dust has settled. Emerging (narrowly) from the fray in the National League are the Washington Nationals to face the every-mighty Los Angeles Dodgers in the NLDS. The series kicks off today at Dodgers Stadium in Chavez Ravine where more than a handful of memorable playoff moments have become immortalized over the decades. The series will be televised in its entirety on TBS.

How Each Team Got Here

The Dodgers reached this division series by simply being the best team in the National League all season long. They entered the season expected to win the NL West and didn’t disappoint by ripping off an impressive 106 wins. Los Angeles has plenty of star power, but they’ve also got an impressive amount of depth from which they can mix and match to seemingly no end. They finished the season with the best collective DRA- in baseball (74) thanks to the best DRA for starting pitchers (3.25) and relievers (4.11). Offensively, they tied the Braves for the best DRC+ mark in the N.L. (107) and have the second-most WARP for position players (33.4) in baseball, trailing only the Astros. Simply put, this team can do it all.

The Nationals took second in the NL East behind the Braves but racked up the third-most wins on the senior circuit with 93. But in the early going, it was no sure thing that the Nats would reach October. They managed just a 19-31 record through their first 50 games — a clear shortcoming of expectations. They proceeded to go 74-38 over their remaining contests, propelling them to a comfortable Wild Card lead, and while they ultimately fell short of Atlanta, they pushed through the final weeks of the season and rolled into Tuesday’s showdown with the Brewers with plenty of momentum. Their season appeared set for an early and disappointing end before That Thing happened in the bottom of the eighth and they snatched victory from the jaws of defeat. Their prize for winning a truly thrilling contest? A five-game series against arguably the best team in baseball.

One Reason Each Will Win

The Dodgers will win if: they continue to do what they’ve done all season long. Weird things happen in the playoffs and a five-game series is even more fraught with potential chaos than a seven-gamer, but the Dodgers are the superior team, at least on paper. They have both right-handed and left-handed star power at the plate and can throw high-quality pitching from both sides, too. The Boys in Blue have plenty of ability to alter their lineups based upon the day’s pitching matchup and should never find themselves truly hamstrung.

The Nationals will win if: they get dominant starting pitching and the bullpen can somehow not falter. Washington’s rotation is as good as any in baseball, but got thrown out of whack a bit when Stephen Strasburg relieved Max Scherzer in the team’s Wild Card game. That’ll mean Scherzer likely makes just one true start. That also means they’ll need every ounce they can get out of Patrick Corbin and Strasburg. The bullpen, conversely, has been downright bad for most of the 2019 season. The Nats will need to lean heavily on their best arms to keep from digging into the underbelly of their ‘pen, and those best arms are going to need to show up in a big way.

One Reason They Won’t

The Dodgers will lose if: they struggle against left-handed pitching and struggle to close out ballgames. While the Dodgers have a boatload of depth, several of their best hitters are left-handed. Max Muncy could see his way out of the lineup against lefties and his replacements (Chris Taylor and/or Enrique Hernandez) are less potent against southpaws than Muncy is against righties. Kenley Jansen settled things down in September, but his struggles in July and August aren’t exactly distant memories. Can he cement the ninth inning reliably with the pressure of the postseason upon him?

The Nationals will lose if: the starting pitching can’t go deep and protect the Nats’ shaky bullpen. That’s already going to be a tall order with both Scherzer and Strasburg being used in the Wild Card contest. Patrick Corbin will need to be excellent twice and be able to navigate a somewhat familiar Dodgers lineup to pile up some effective innings because behind Sean Doolittle, Daniel Hudson and Wander Suero, things get unsettling rather quickly. Asking guys like Fernando Rodney and Javy Guerra to get critical outs in the middle innings is suboptimal. A lack of length from the rotation could put the Nationals in a tailspin toward a quick demise.

The Dodgers and Nationals aren’t playoff strangers. In 2016, Los Angeles defeated Washington 3-2 in the NLDS. This season, the two teams squared off seven times with the Dodgers taking home four victories. As one would expect, there were plenty of strong performances from starting pitchers when these teams met one another earlier in the calendar. Hyun-Jin Ryu and Stephen Strasburg made a pair of excellent starts each while Scherzer, Beuhler, Corbin and Maeda all had excellent appearances.

The Dodgers outscored the Nationals in head-to-head matchups 30-25 in 2019. But that figure hides a couple of interesting notes. A good chunk of those Dodger runs came off the back of the middle of a struggling Nationals bullpen while the Nats piled up some runs on a trio of costly Dodgers errors spread across three different contests. Perhaps that highlights just how important it is for the Nationals to avoid having to use the middle of their bullpen in tight games. It also highlights how important it is to not give a quality opponent extra outs to capitalize on.

PECOTA gives the Dodgers a 54 percent chance of winning the series.

If you like starting pitching, this series is for you. The cumulative WARP this season from these two teams’ eight expected starters is a staggering 40.2, making for an average just north of 5 WARP. Their average DRA is just 3.09 and only one expected starter in this series had a DRA north of 3.50 (Anibal Sanchez, 4.39). That should make for some tremendous pitching matchups and the team that’s able to hold serve with their marquee starters is likely to gain a significant edge.

But there’s a scenario here where each team’s three best starters swap blows and things come out as a “push.” Should that be the case, Rich Hill and Anibal Sanchez will play a pivotal role in their respective team’s destiny. Both are veterans and both have faced the beast that is playoff baseball before. Should one prove dominant over the other, that could prove the series tipping point. Hill returned from injury in mid-September and hasn’t pitched deep any of this three starts since. Sanchez was solid down the stretch for the Nationals and quietly put together a productive season. Can Hill pitch five innings? Can Sanchez continue to pitch well under pressure with a fastball that now sits around 90mph in his age-35 season? Both are veterans and either could swing the series.

The Dodgers will win this series in four games. While the Nationals have pushed their way into the postseason with a strong effort down the stretch, the Dodgers bring the best team in the National League to this series and were clearly a cut above the rest of the fray throughout the entire regular season. The Dodgers should prove too deeply talented to overcome, but the Nationals won’t go down easy.