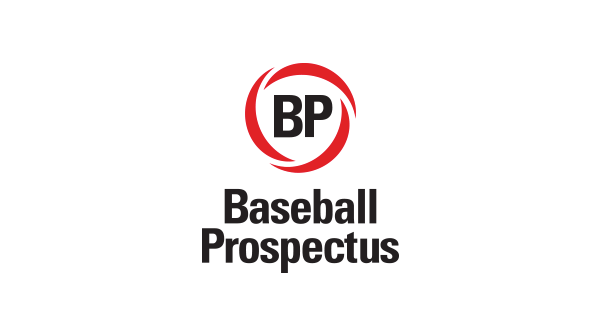 With the end of the season fresh in the rearview mirror, I wanted to reach out to everyone and let you know about some changes that are happening at Baseball Prospectus beginning today.

Craig Goldstein will become our new Editor-in-Chief as of today, October 1. He really needs no further introduction, since you all know him well, but I’ll give it to you anyway. Craig joined Baseball Prospectus back in 2012 as a fantasy writer and has held many roles at the company since, including Minor League Editor from 2016-2018 and most recently Managing Editor since earlier this year. I’ve had the privilege of working with Craig both during this entire period (and before) and I really look forward to what he will bring to this position in the coming years.

Ginny Searle will be promoted to Associate Editor. While Ginny has only been with Baseball Prospectus for around a year, she has quickly made herself invaluable through her writing, work with the depth charts, and social media implementation.

Collin Whitchurch will also be promoted to Associate Editor. Collin came to Baseball Prospectus back in 2015 as the co-Editor-in-Chief of BP South Side, and has continued that great work after transitioning to the main site late last year as the head of our Transaction Analysis section. During the season, as we launched the Prospectus Notebook, Collin’s role has continued to expand and now it will expand even further as he helps to implement our editorial strategy.

Jeffrey Paternostro will also be taking on an expanded role. In addition to continuing his excellent work as our Lead Prospect Writer, Jeff will also now be our Multimedia Production Manager. He brings with him over a decade of experience in audio/video production and has a long history in working with podcasts, specifically.

Additionally, Steve Goldman will be rejoining Baseball Prospectus as a Consulting Editor. Steve has held multiple roles at BP, starting back in 2002 and culminating with serving as our Editor-in-Chief from 2010 to 2012. Following that, he created SBNation.com’s MLB coverage as managing editor for baseball, a post he held through 2014. Most recently, he has been freelancing at various publications and is the host of the Infinite Inning podcast, which we are excited to announce will be a part of our new Baseball Prospectus Podcast Platform.

I couldn’t be more excited to call myself the Editor-in-Chief of Baseball Prospectus. It’s not something I really dared to dream would ever be possible. I counted myself beyond lucky to be able to return to the fold earlier this year, to be able to call this my place of business, and to be able to consider it a home.

I’ve talked before about the community around BP, and why it is so special to me. What I endeavor to do in this role is to bring that sense — my sense — of what that is to the fore, to share in it with my staff and our readers. Much is made of our history, and deservedly so. I want to learn from and build on what has come before me, and in that sense I owe a great deal of gratitude to a great many people who served in this role (and others), prior.

But I also want to emphasize the amount of talent we have at Baseball Prospectus right now. I’m fortunate to inherit a group of writers who provide best-in-class analysis, unique perspectives, and prose that won’t put you to sleep. We have a dynamic research and development team doing a lot of work under the hood, and I can’t wait to trot out everything we’re working on and show you the second it is ready. Our fantasy team pumps out more work than I can keep track of (I’ll need to work on that), and has top-notch quality for everything from your basic redraft to your most complex dynasty league.

We’re also already hard at work on the 25th edition of the Baseball Prospectus Annual, and I think you’ll be extremely pleased with the roster of authors we have in store for you. I am honored and lucky to be co-editing this edition of the annual with BP alum R.J. Anderson. For several years there, R.J. was the annual, to me. He’s written essays and comments alike, and I am so happy to have him involved with the book once again.

I’m excited that we’re launching the Baseball Prospectus Podcast Network on the same day I start in this role, because it’s going to be a great place to get everything you want from baseball podcasts. But also because podcasts are something we’ve heard our readers ask about, and I am thrilled to be able to be responsive to those requests, to listen to what you’re interested in getting, and then deliver it to you at the highest quality.

That’s what this is going to center around. Baseball Prospectus has been great for so long because it is what we make of it. You, and me, and the rest of the staff. If you’ve been here a while, I can’t thank you enough and if you’ve just joined, I can’t wait to meet you. Let’s have some fun with this thing.

You need to be logged in to comment. Login or Subscribe
Robert Grace
Congratulations and good luck all around! And I'm very happy to see Steve Goldman back in the BP fold.
Reply to Robert
John Collins
I second that!
Reply to John
Byron Hauck
Congratulations everyone!
Reply to Byron
Shaun P.
I would like to third Robert and John! Here, here!
Reply to Shaun
Tim Angell
Craig becoming E-I-C convinces me to stay around for another year as a subscriber.
Reply to Tim
Craig Goldstein
Thank you, Tim, and everyone above. It means a lot to all of us to have you as subscribers and part of our community.
Reply to Craig