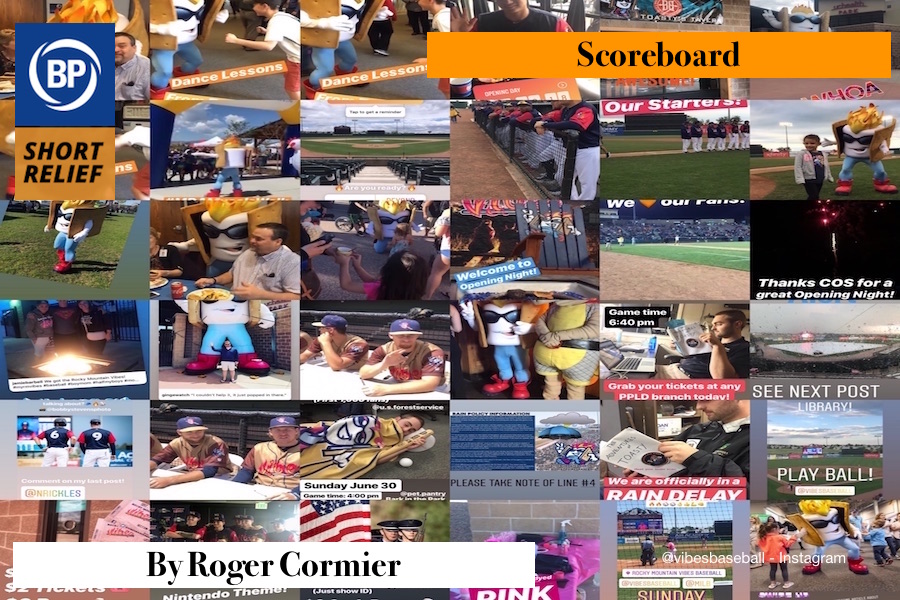 Content Warning: The following contains some sensitive material including discussion of suicide.

When you have as huge of a universe as we do on our hands, millions of funny little moments get generated every day. Most by nature could never be recalled faithfully, but fortunately my favorite one about Roger Angell was captured for posterity. The then fiction editor was set to embark on his first baseball writing assignment for The New Yorker and begin, at 41 years old, his legendary career as a baseball essayist. Before he left, New Yorker editor William Shawn told him to be skeptical, not cynical. With that advice in mind, Angell set off to St. Petersburg, Fla. to watch the 1962 New York Mets at their first ever spring training camp. Those 1962 Mets finished their inaugural season with three times as many losses as wins, to this day the rock-bottom of which every other purportedly terrible baseball team is measured against, and ultimately discarded as a failure when it comes to achieving ultimate failure compared to those Mets. (I should know, as a Met fan.) It’s difficult to have a functioning brain and not look askance at anything containing hope and the promise of something new, it turns out.

Which brings me to the Rocky Mountain Vibes, the hip new minor league baseball team of these times. The Vibes played their first ever home game as their allegedly best, vibrant selves back on June 21st, the first day of summer 2019. Our lives were always the same. As summer drew to an unofficial close Labor Day weekend and we lit all of our white clothes on fire, we still lived in a world where it is just plain common sense to remain cynical. Smart people lately have felt guilt over this — it is damn exhausting finding the fault in everything 24/7 — ushering in another era where the huckster business is positively booming.

The avatar of the Vibes wants you to call him Toasty. In the past he has answered to Cthulhu, Avahbmasamdap: The Totally Unenlightened One, and If Guy Fieri’s Id Was an Anthropomorphic Marshmallow. He acts like a man in his late thirties who remembered nose trimmers exist on his own. He wears sunglasses so he does not seem perpetually in your face, yet there he always is, right up in your face.

Brandiose isn’t alone. I’ve seen the Vibes shirts, usually in cursive. When fellow cis straight white men wear it, I internally wince, and wonder what my life would be like if a shirt could simply direct me towards a mood where everything sounds like vaporware in a synesthetic ecstasy. But you can’t just plaster V i b e s on your forehead and change your brain chemistry. You can’t just take a psychedelic, realize we are all one consciousness, and feel the love emanating from everyone forever. It wears off, usually when you interact with someone else and their own energies and neuroses.

Maybe you were diagnosed with depression at 14. Maybe you decided to kill yourself one morning at 19, soon after you dropped out of college the first time, but the Drano you always remembered was under the sink wasn’t there that morning, so you just went back to sleep. At 27 your brain tried to trick you into killing yourself again, this time casually dropping it onto your mental to-do list with a tone one gives to the deli person asking for a turkey on rye. Maybe you tried talk therapy. Often. But after it starts off nice enough, you get frustrated with the person across from you (but really it’s you). Then you ask them to cut to the chase and just tell you what to do. They tell you to do something simple, like shower every day, and you say you literally can’t, and they ask why, and you angrily say they didn’t teach you how to get back to doing that. You never liked how they always had a smirk on their face no matter how serious they were trying to be, like George W. Bush, or the time they argued with you over the ending of The 25th Hour anyway, so goodbye to all that. You’ve tried meditation, but you take long breaks from doing it even though it’s rather obvious the days in which you do it are better than the ones in which you don’t. You can’t afford something so glamorous as insurance, not that you find yourself really trying too hard. After you saw a mouse in your apartment over Memorial Day weekend you cried and wanted to kill yourself again. It’s not safe outside, and now it’s not safe inside. Trapped. You texted with a suicide prevention hotline. After four hours they got exasperated and downplayed what you had as a prolonged state of panic and suggested maybe you should move to New Jersey. It was kind of funny, actually. So you meditated again and exercised every day, and you feel like you look decent for the first time in awhile, but you know the dark thoughts will never be gone for good. You never fully stopped hearing noises in the apartment. It could be a mouse. It could be Dick Cavett. It could be you’re hearing nothing which, ho boy, would be much worse for you. You still get panic attacks, and while there’s some rhyme to them there isn’t enough reason to provide yourself an airtight working theory on why exactly they come. You couldn’t go to your niece’s first birthday party because, you and only you felt, it was ridiculously heavy in attendance. Going to baseball games aren’t your favorite, but you can handle them if you remember your breathing and mindfulness exercises, since it’s an open space. For now you’re okay there, that is. Your lone true sanctuary is within, and that sucks. You’re learning that very few things are as important as they initially appear to be, but you fear if you keep pulling on that thread you’ll be left with nothing to care about at all. Maybe a lifetime of shielding yourself with sarcasm, which you only started to stop thinking about your parents fighting all the time and when you’ve run out of sports to distract you, has worked too well.

I am making an effort, at least. I followed the Vibes on Twitter since the day they came to be. They sent these daily pieces of advice that if followed by every citizen of Earth would make the world a better, friendlier place. Then I noticed they were stylizing all the Cs in the messages like they do on their hats and got annoyed all over again. I would like to march right up to Toasty and force it to explain how exactly those cheap beer nights on Mondays are supposed to help us all crap rainbows. I want to ask Toasty how the commercialization of feeling good won’t always be gross. I want Toasty to take off those stupid shades and show itself.

Richard Nixon, Tom Brady, Chris Paddack and the Rocky Mountain Vibes were on the right track but did not quite get it right. Nixon told his daughter he woke up every morning to confound his enemies. When Michael Strahan called Tom Brady the GOAT the day after he won his sixth Super Bowl earlier this year, Brady insisted he would rather be told he sucks, because he uses the boulder on his shoulder of being selected 199th overall in the NFL draft almost two decades ago as his endless motivation. (Why Strahan didn’t remind Brady he defeated him in the only two Super Bowls where they faced each other and sauntered off the Disney World stage I’ll never know.) Chris Paddack has the number “236” tattooed on his right rib cage to remind him of how he was perceived by the “experts” in the 2015 draft. It’s as if those three are unfamiliar with the Buddha, or Buddhaghosa, or Abraham Lincoln, or whoever the hell originally said, “Holding on to anger is like grasping a hot coal with the intent of throwing it at someone else; you are the one who gets burned”, or whoever first used the phrase “I’m living rent free in your head, bro.”

There was a baseball team this summer with Vibes written on their chests playing virtually every day, winning and losing. Any good vibes and positivity generated from their actions had nothing to do with what was written on the uniform. It had nothing to do with their #brand. It sure as hell had nothing to do with Toasty. Good vibes come from years of self-discipline, from acquiring knowledge, from listening to people when they tell you who they are, from developing and nurturing empathy. Good vibes come from finding the time to play a game for a few hours and not think about your real world problems for awhile. Nixon and Brady and Paddack are stuck defining themselves by other people, and the Rocky Mountain Vibes are stuck trying to attach themselves to an emotion that is perpetually, heartbreakingly, out of some people’s grasps. The winning comes from just waking up in the morning. The winning comes from still being there.