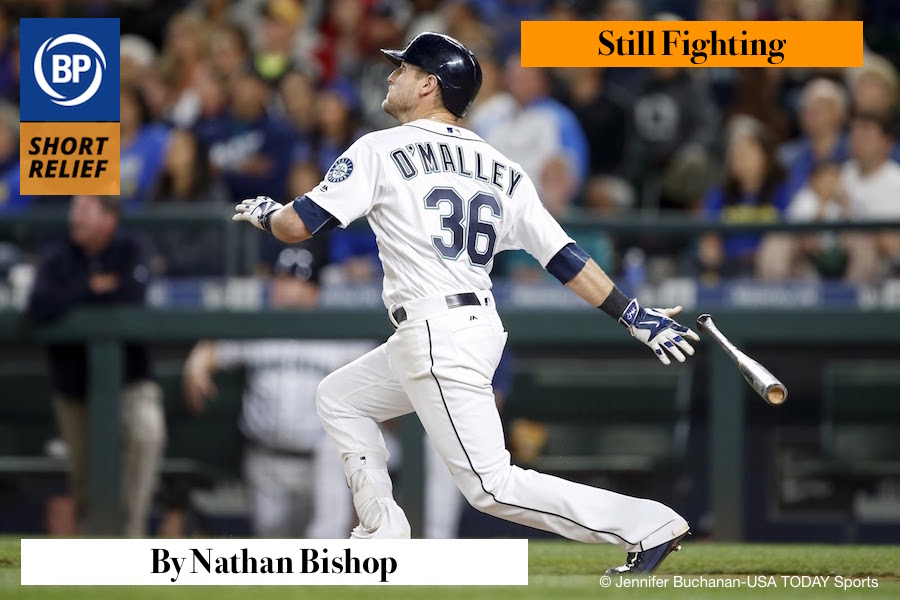 Ken Griffey Jr. said “keep fighting”, and it just so happened that Shawn O’Malley was happy to oblige. The 2016 Mariners were a fun, flawed team stuck in a rut. Their hot start had ebbed due to injury and the white hot Texas Rangers. Griffey, on the night his number 24 was raised to the Safeco Field rafters, was trying to inspire. The son of a major leaguer, a first overall pick, and one of the five or so most famous baseball players of the past thirty years, Griffey was uniquely and historically notable for how effortless he made baseball look.

Good stories need narratives, however, and the most famous athlete in Seattle sports history inspiring a local boy to hit the biggest home run of his life for the hometown nine is a pretty good one, as narratives go. The Mariners won, and 40,000 fans chanted “O’Malley! O’Malley!” for a skinny, minor league-lifer from Kennewick, Wash., and a marketing campaign was born. If it were a movie the Mariners would have kept winning, made the playoffs, and inspired a new generation of pacific northwesterners to fall in love with baseball. But it wasn’t a movie, and the 2016 Mariners missed the playoffs on the second to last day of the season. Thanks for attending.

There are two different ways to phrase what happened to O’Malley on November 6th, 2017. Baseball Reference says he was “granted free agency”, which reads as though the Mariners freed him from bondage. (As a lifelong Mariners fan, I can identify with this.) By contrast Wikipedia states that O’Malley “elected free agency”, and this is the phrasing I prefer. It imparts a sense of ownership over our own narrative. It allowed you, maybe just for a little bit, to believe you’re actually free.

***
About 30 minutes due west of Kauffman stadium lies JustBats Field at T-Bones Stadium, home of the Kansas City T-Bones, and the current home of Shawn O’Malley. His teammates include recognizable names such as Jose Mesa Jr., Chris Colabello, and Daniel Nava. The organization has leaned into its role as a halfway house for lost baseball players, with an entire page dedicated to those fortunate few whose performance as T-Bones merited a return to MLB-affiliated baseball. It makes sense. Every boy dreams of being a ballplayer, but none dream of being Kansas City T-Bones.

The player pages on the T-Bones website have a wide range of information on offer. Numerous players have nothing listed beyond name, age, position, and hometown. A few of the more recognizable names have a couple paragraphs. Shawn O’Malley has an exhaustive, detailed biography, clocking in at over 1100 words. It chronicles every twist and turn of a life spent in baseball’s waiting rooms. It ends with a shockingly brief summary:

While O’Malley grew up in the Tri Cities of Washington State, he now resides in Overland Park, Kansas.

Shawn O’Malley is hitting .307/.378/.429 for the Kansas City T-Bones. He has a multi-home run game, and hit a walk off single in July that got him a proper, big league iceshower. The Ken Griffey Jr.’s of the world are lionized for saying it, their words turned into hashtags and battle cries, but Shawn O’Malley has never needed to hear it. He’s still fighting. It’s the only way he can survive. 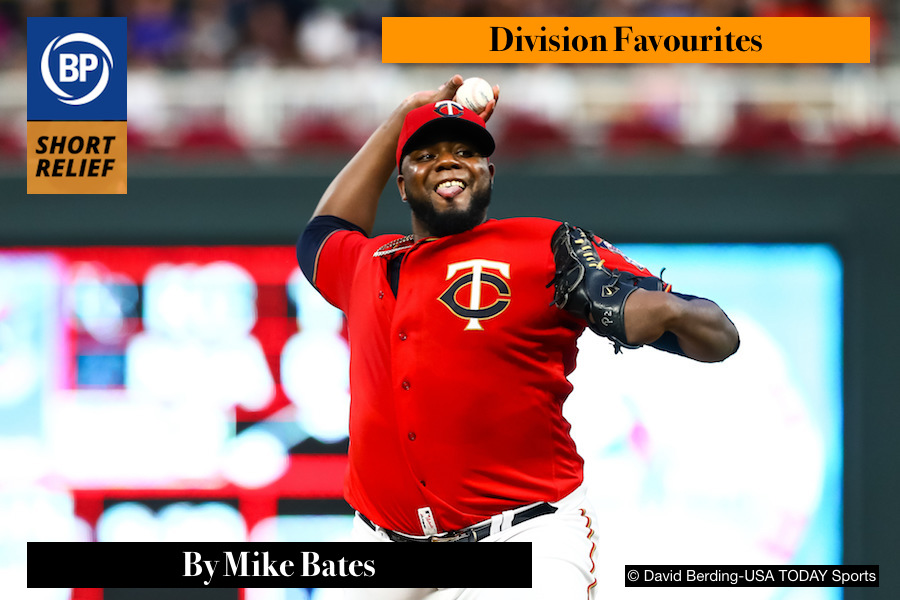 After getting married over Labor Day weekend, I had to attend a conference in our nation’s capital. It was neither the first choice of myself nor my bride, but as it was on the calendar and already paid for, there it remained. I left on Tuesday and returned on Sunday to my exceptionally patient and understanding bride.

But the news was not all good. They lost their best starter over the second half of the season, Michael Pineda, because he tested positive for banned substances. They announced that Byron Buxton might not bat again for the rest of the year the same time his de facto replacement, Jake Cave, suffered a groin injury. José Berríos continued to struggle with his velocity. Damaged goods Sam Dyson somehow deteriorated further. Nelson Cruz’s wrist acted up. Max Kepler’s found upper body discomfort to match his lower body discomfort. And Kyle Gibson remained sidelined with, I’m not kidding, an incurable bowel disease possibly related to an E. coli infection he suffered over the offseason.

So, while they’ll be in the playoffs, it’s possible that Minnesota will have more than a quarter of their expected postseason roster unavailable, or see their roles and effectiveness greatly limited.

It reminds me of the movie I saw on the plane to my conference, Yorgos Lanthimos’s The Favourite. In it, Emma Stone’s character Abigail Masham comes to the court of the physically and mentally unstable Queen Anne (Olivia Colman, in an Oscar-winning role) to seek the help of her cousin, Lady Marlborough (Rachel Weisz), the queen’s lover and advisor. Arriving covered in mud and filth, Abigail rises from a servant to the queen’s new favorite and lover, acquiring a streak of horrible cruelty after suffering decades of abuse at the hands of others. She triumphs over Marlborough, who is eventually exiled.

But in triumphing over her cousin, Abigail is vexxed, for now she must attend to the queen’s whims and care for her as her physical and mental states continue to deteriorate. She has ultimately won nothing, she realizes as she massages the queen’s gouty legs and steadies Anne as she tries to stand.

And so too have the Twins, I’m afraid, as being so horribly short-staffed will leave them easy pickings in the postseason for the Astros. But the thing about baseball is that every team goes home a loser at the end of the year but one. If you can only judge the success of a season on whether or not a club has a deep run in the postseason, well, you’re going to almost perpetually end every October with a bad taste in your mouth. As in the film, the joy is in watching them get to their end, rather than the end itself. 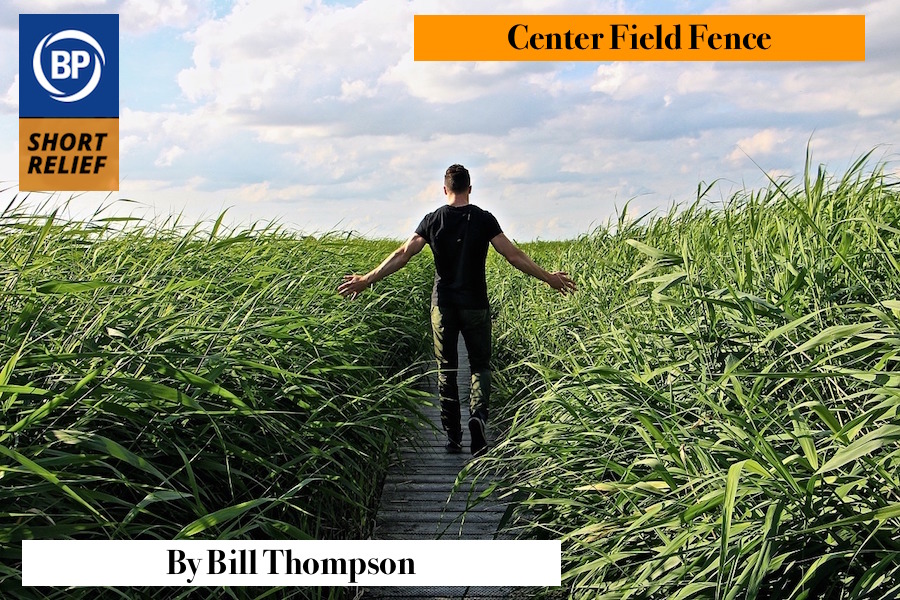 We’re all used to the usual ejection song and dance. A player, manager, or coach is ejected from a game and a kerfuffle ensues. This is followed by the ejectee slowly retreating into their dugout and eventually into the bowels of the stadium far from any curious eyes. Only, that’s not always the case. In Minor League Baseball and unaffiliated ballparks, the ejectee has to gather their belongings from the dugout and then make the trek through the outfield and exit into some sort of opening along the outfield wall.

Play stops when this happens, and I don’t just mean stops, I mean everything comes to a standstill. It’s one of the oddest moments I’ve ever experienced in sports, and though it usually lasts only a minute or two, with the occasional showboating rant taking up far more time, it always feels like an eternity. It’s an awkward eternity at that, the sort of stop in time that makes a person feel uneasy about their surroundings and what is happening. It’s so far removed from the norm of baseball ejections that it feels as if something is amiss.

“Why is the manager walking that way, he was ejected, wasn’t he? He’s stopping to talk with fans and he just fist-bumped one of them. What the heck is going on?” There’s a sense of dread that permeates the long trek to the outfield fence. You know that the ejectee is going to try one last stunt, you just know it. When they do there is the inevitable moment of, “Aha, I knew they had more shenanigans left in them!”. Sometimes they do nothing and make the slow stroll as if it is just a regular walk in the park. That’s rather anticlimactic, but just as equally unnerving. Don’t they realize a baseball game is being played? Why won’t they put some pep in their step and let the game continue?

Whenever I’m at a MiLB or unaffiliated game and I see the umpire’s hand make the all too familiar motion I immediately scan my memory banks for whether or not the long walk of shame is about to commence. Occasionally I’m tricked and think that the ejectee has disappeared into the dugout for so long that this must be one of the fields with a dugout exit point. Then the head pops out and starts the walk and my uneasy feeling returns. We all stare and watch as the ejectee makes their way to the outfield. They finally disappear through a hole in the outfield wall, the game resumes, and my feeling of unease goes away. Until the next incident that is, there are always more ejection strolls on the way to take me away from the familiar feeling of a ball game.