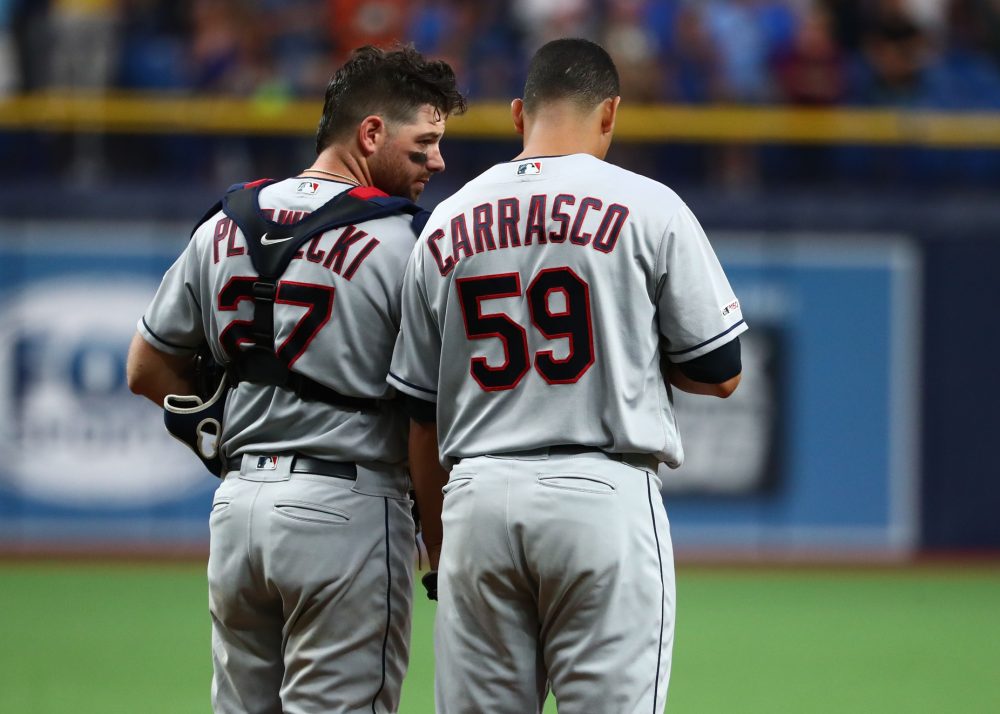 Barring a reversal to the slew of 2020 rule changes announced ahead of this season, this will be the last September in which rosters expand to 40 players. Every team currently sits above the 28-player roster limits that will go into effect next September (along with an expansion of the roster from 25 to 26 players in the preceding five months), with a range in active roster size from 29 to 35 players (and both mean and mode sitting at 32). There will be no more mammoth slate of call-ups, recalls, and activations from the injured list come next September 1.

In terms of the game on the field, I suspect this change’s effects will be welcomed: MLB’s rule changes were clearly aimed to limit the massive brigade of relievers doing a season-long shuffle between Triple-A and the bigs, an ascendant game plan that has resulted in what many see as a tangible blow to the state of the game. Back in May, I noted that 657 relievers appeared last season, blowing the previous season’s record out of the water; this trend has continued in the decade’s final campaign: through Wednesday, 660 relievers had appeared, and we have more than 300 contests left to unspool.

The results: inflated ERAs for relievers as a group, less identifiable bullpen units, and longer games, each of which has been heavily discussed. Fewer ways to game MLB’s labyrinthine tangle of roster rules should ameliorate some of the shift to anonymity that has gripped the sport in recent years, ideally making the game more consistently paced and performed.

That said, if you’re familiar with Alchemy’s first law of Equivalent Exchange, you know we cannot gain anything without first giving something in return. There is the obvious labor ramification of teams having so many fewer roster spots for a sixth of the season — if we assume teams will stick with their average of 32 rostered players throughout this month, then seven months of major-league salary will be added to teams’ ledgers.

With the addition of one roster spot in the first five-sixths of the year and the subtraction of 12 in the last, and assuming teams will fill up their allotted 28 slots next September, then those seven months would be outweighed by eight under the new framework. Of course, that theoretical gain only manifests if (as I doubt) that average of 32 players per roster does not creep up across this month. Still, on paper it’s potentially a wash or minor gain for the players’ side (and that the MLBPA assented to the changes suggests they agree).

The true sacrifice, then, is the wide variety of heartwarming storylines facilitated by the shaggy roster rules of the season’s final month (regardless of similarly shaggy play they might engender). Players who spend most of their careers on the outside of the majors looking in, often from the waiting room of a 40-man roster spot, have long relied on September call-ups to bolster their credentials and boost their pay and service time.

Earlier in the season, Giants manager Bruce Bochy spoke about the keenly felt loss of opportunity this will mean for certain players, emphasizing the generational manner in which this practice has been baked into the game:

I was one of those guys who wanted to get called up at the end. And, of course, my son. I hate to see a couple guys who had big years down there and that might be their only opportunity to reach their dream and get a chance to play in the major leagues.

Bochy refers to his son, Brett Bochy, who debuted and tossed the majority of his MLB CV as a September call-up ahead of his father’s last World Series title in 2014. Even without the familial tie, the debut of Brett followed a familiar storyline: farmhand afforded a shot in September they might not otherwise have been garnered.

Would speedster Ian Miller have made his debut, with a minute chance to sprint his way onto the Twins’ playoff roster, if they had just two extra roster spots to work with? What of Danny Mendick, a utility infielder debuting for the White Sox who will be 30 before the month’s end? Would Javy Guerra (not that one), still in season one of his conversion from failed shortstop to flamethrower, be airing it out in San Diego and giving them a chance to yet make out victorious in the Craig Kimbrel trade?

On the side of recalls, would Justin Bour, Corbin Burnes, Brad Wieck, and Clint Frazier, each in different stages of their careers but attempting to finish disappointing seasons on a high note, have the shot to reposition themselves in next year’s environment? We won’t truly know how things will shake out until next season, but it’s certain we will lose out on a volume of positive storylines in the interest of streamlining the game.

One such storyline that might not be possible under next season’s roster changes was the return of Carlos Carrasco, who has been sidelined since his June diagnosis of a treatable form of leukemia. Carrasco has long been integral in the Cleveland rotation: between 2014-2018, he has racked up 856 innings with a 3.27 ERA in the regular season (good for 24.9 WARP) and added in 11 postseason innings in which he scattered just two runs.

The most important metrics for Carrasco at this point are his health and well-being, and it’s immensely heartening to see him pitching at all. It is also true, however, that Cleveland is in a dogfight for a playoff slot, and that when available Carrasco (for probably clear and eminently understandable reasons) has not been his usual dominant self on the mound this season.

Stack a three-month layoff on top of under-performance, and it seems prudent to wonder whether, in next or subsequent ones, Cleveland could afford to let Carrasco continue stretching out and building back up to form in the big-league pen. The team had just a six percent win expectancy when Carrasco appeared on Sunday, and a 92 percent shot on Tuesday, so it seems apparent they’re putting him in low-leverage situations for the time being, using him in a relief slot which might nominally be reserved for the 30th or so player on the roster.

So, were this next season, I think Carrasco might have continued his rehabilitation in the minors until the team felt he could return to high-leverage moments, and we might not have had the triumphant moment of his return.

When the 11-year veteran many teammates call “Cookie” got the call to the mound on Sunday, both the Cleveland and Tampa Bay benches were emptied in exultation, and those in Tropicana Field were on their feet, rooting for an opposing pitcher. It was a moment that represents the best of baseball, highlighting the kinship between players as well as a larger one that can be fostered by a community of caring fans.

This is a special group. Yes, we’re competing against each other day in and day out, but this is something bigger than baseball. When it comes down to it, we’re standing together as one and we are there for him and to support him.

One of the chief criticisms often leveled at September baseball, with 40-man rosters being the at-fault party, is that it’s not “real baseball.” By this people mean several things. First, that the expansion of rosters and correspondent dilution in talent takes away something ineffable yet essential from the sport. Second and relatedly, that the anonymity of rosters, combined with the fact that many teams are playing for nothing but the reprieve of an offseason, creates games that are less competitive, less memorable, and ultimately less watchable.

I’m not unsympathetic to the notion that September baseball feels different, that the long era of roster expansion which will officially close when the month does has had its time in the sun. But is different worse, necessarily? Is there not a benefit to the introductions we have been offered each September in our baseball-watching lifetimes? I find something heartening, rejuvenating, in the ability to note a recalled player or one activated from injury, and say, “I know you of old.”

Like it or not, time’s arrow keeps moving, and next year the game will be something else. Maybe it won’t feel “real,” like it doesn’t to some now. In any case, though, if we are fruit flies to baseball’s ecosystem, we have to find our bananas. For now, it’s September baseball. Some of it has stakes, some of it doesn’t, but it’s all in good fun, and there are so many things to know about. Sit down, relax, enjoy the warmth before summer fades. Have a Cookie.

You need to be logged in to comment. Login or Subscribe
Todd Tomasic
A note: chances are we would never had seen the Moran brothers face each other last
night had not there had been the expanded rosters. It was...historic!
And to think-I was there!!
Reply to Todd
Ginny Searle
That was a great moment! Cool you got to see it! Unfortunately it happened after this was completed or else it might have made it in :)
Reply to Ginny