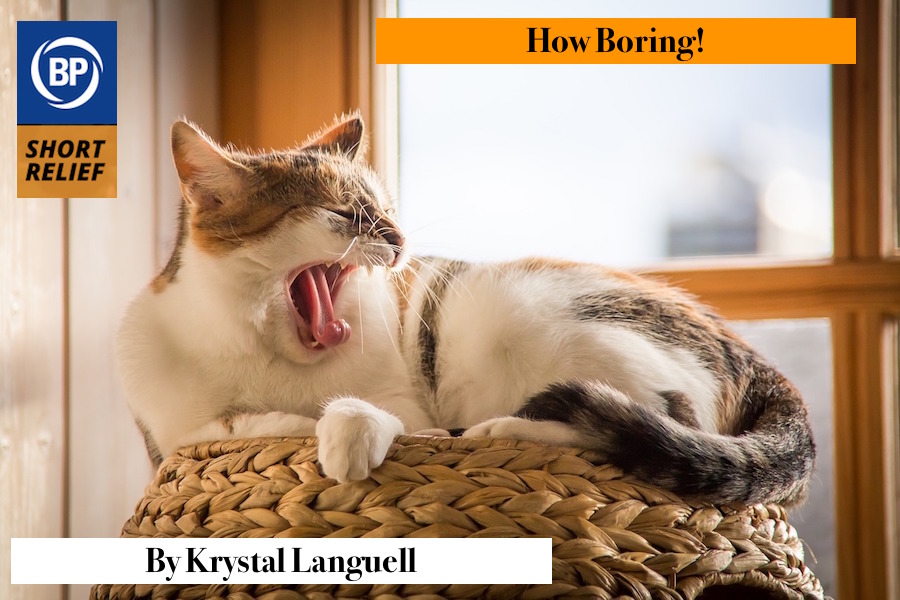 Seasons cross in a hatch
The grid of a scorecard charts

And how that must be documented
A cache of versions

The weather a huge factor
Well, actually, some high cheese

Called up, sent down
The major leaguer as guest

picks up the dinner tab
on minor league assignments

The specificity of statistics
The menu items of triple-A

Huge droves cheer for chin music
Once, I said a baseball name in my sleep 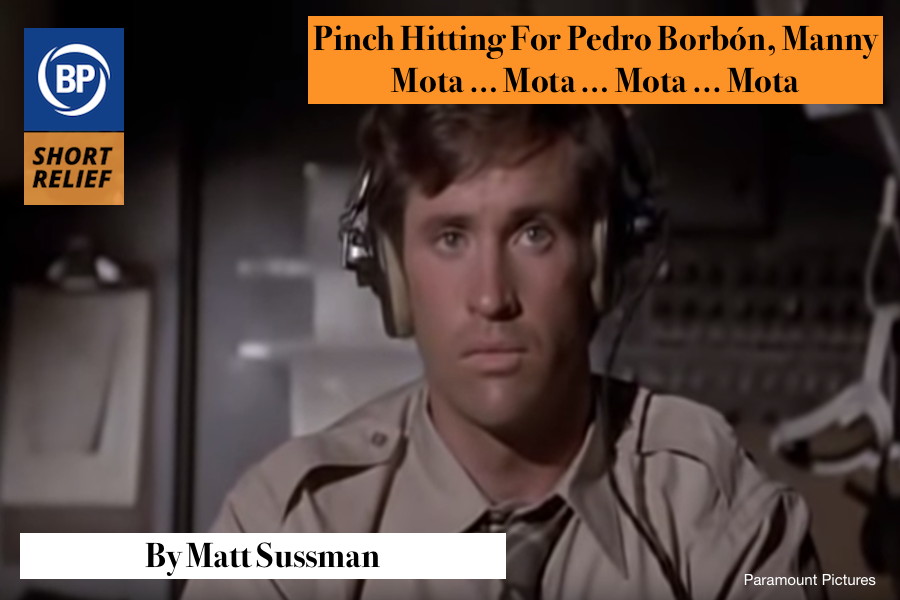 I don’t know what would possess the writers of Airplane!, one of my inner-circle movies, to come up with a line that never happened. And in a severe blind spot that I cannot explain, it took me until this year to formally learn Manny Mota never pinch-hit for Pedro Borbón in real life. They were never even teammates. Borbón was a reliever for the Big Red Machine while Mota rose to prominence as a pinch-hitter for the Dodgers in the ‘70s. But they weren’t just never teammates, they were rivals. This is exactly the same thing as the Ted Striker saying “pinch-hitting for Octavio Dotel,” followed by someone who was never teammates with Dotel, which is probably a non-existent ballplayer. Still! This is unacceptable, and I want part of my childhood back.

Having grown up in a decade more recent than the ‘70s, I didn’t exactly grow up with this knowledge, so the formative decades only further confused me, because Pedro Borbón, Jr. pitched exactly one season for the Dodgers, and Guillermo Mota was there too, even though Guillermo was unrelated to Manny.

So I went deeper into the archives to find some semblance of meaning in the line. Unfortunately there weren’t many bread crumbs — Mota and Borbón faced each other 14 times, with Mota collecting three hits, but it wasn’t until the 11th showdown, in 1974, that Mota would make such an appearance as a pinch-hitter. And I get it, “pinch hitting for Mike Marshall–” doesn’t possess the same panache. Was there another Dodgers name they could have used, since the LA-centricity of the reference makes sense given the Striker character (assumedly) is from the area? They could have gone with Don Sutton, but the ideal name would have been Steve Garvey. Of course, it makes very little sense to pinch hit Mota for Garvey in any game, but at least they wore the same uniform, fer cryin’ out loud, why am I arguing with myself about this?

The writers obviously took creative liberty and mashed together two names that sounded great when echoing over a loudspeaker. But this dichotomy would have had another element had co-pilot Roger Murdock been played by Pete Rose instead of Kareem Abdul-Jabbar as the writers originally intended. Tell your old man to try and hit Borbón’s heater in the ninth. So in the end, their athlete cameo turned out to be a Los Angeles one substituting for a Cincinnati one. Maybe that’s the meaning. It’s obviously not, but maybe. 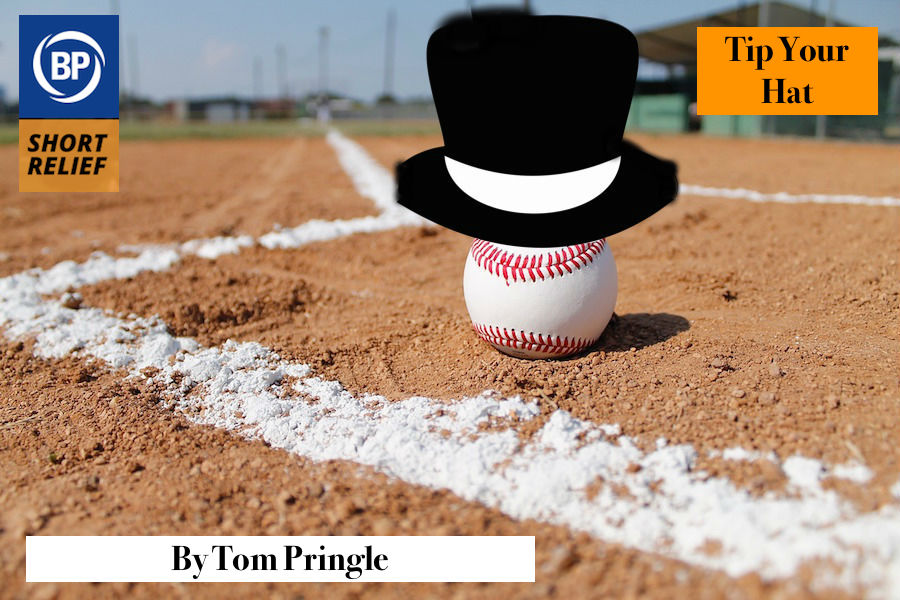 Baseball could be funner.

I’ve had different thoughts about how this could be achieved. Allowing hitters to choose the order in which they wish to complete the bases, prior to running for home, is just one of them.

It’s the top of the 9th inning, the Boston Red Sox trail the Yankees 2-1. Mookie Betts has declared he plans to transit the bases 3rd, 1st, 2nd, home. That’s unusual for Mookie, he’s usually a 3rd, 2nd, 1st guy. Let’s see if the tactic will pay off.

However, I wanted to keep the fundamental rules of baseball the same and adjust something else. Something that is quintessential baseball.

Theme nights are a huge part of minor league baseball, but these usually consist of a change to the look of the uniform, or some different music in the ballpark, and/or a new menu for the night. So instead of these minor changes, how about we add to the uniform.

What about, top hats instead of baseball caps? 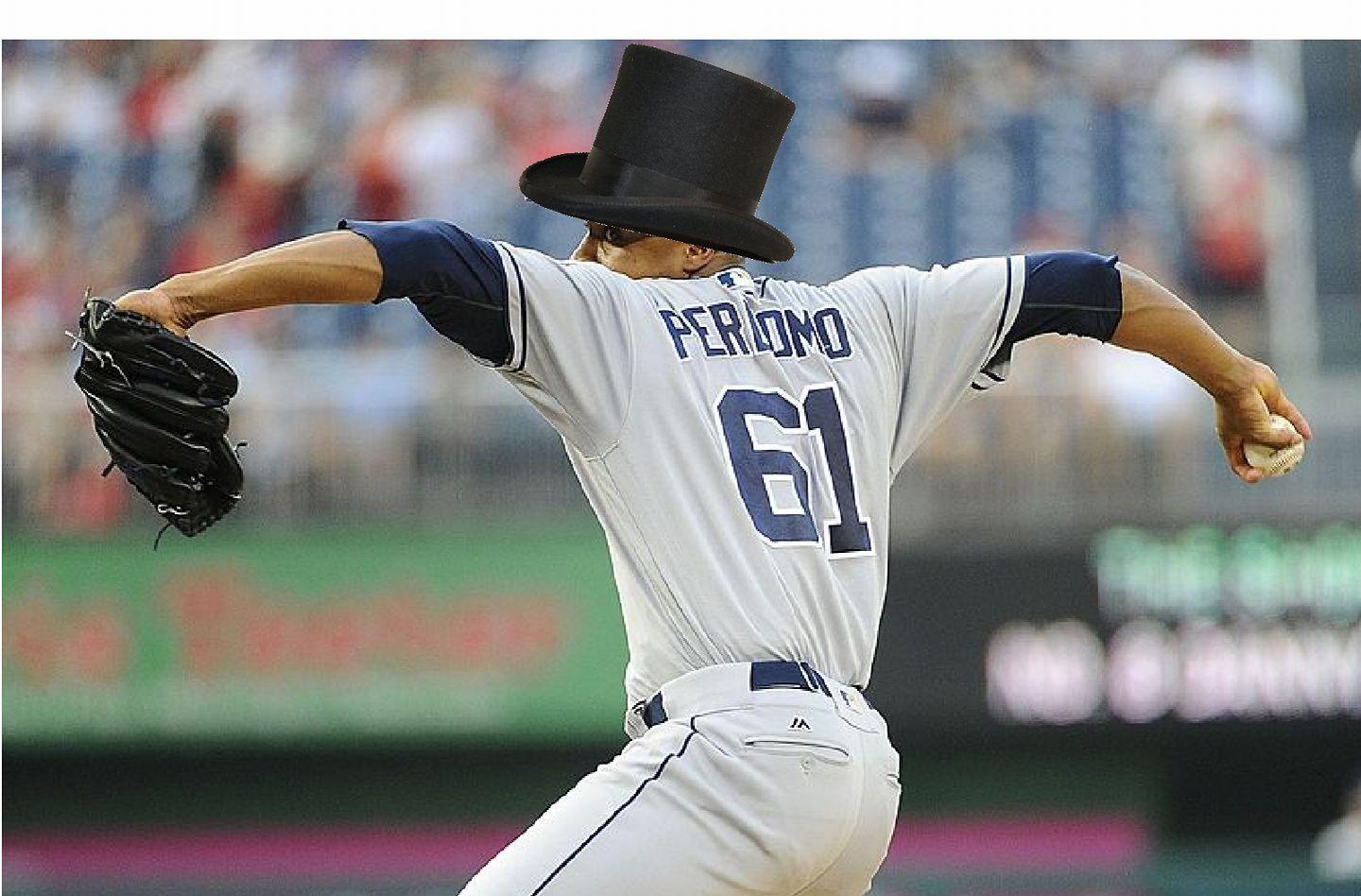 Imagine San Diego hurler Luis Perdomo, delivering pitches on the mound at Petco Park with a beautiful top hat on. How classy and professional does this look?

Just imagine how different baseball history would be if we could have had top hats from the start? All those highlights and lowlights could have been enhanced by the inclusion of the mighty top hat. 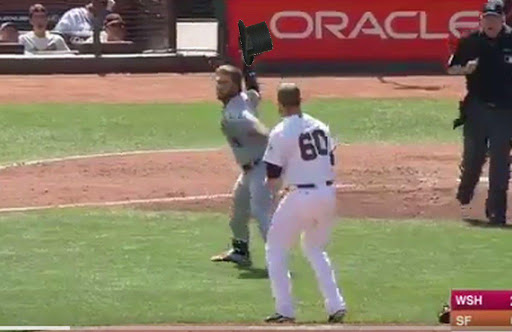 The Bryce Harper-Hunter Strickland scuffle would have been very different. Bryce running from the plate towards his sudden nemesis, Strickland. He grabs the brim of his jaunty top hat (I feel Bryce would go for a jaunty angle) and stretches his right arm back like a starting pitcher, prior to the now infamous launch.

A rather disappointing “brawl” when it happened for real. Now think how much we would still talk about it, if top hats were involved. 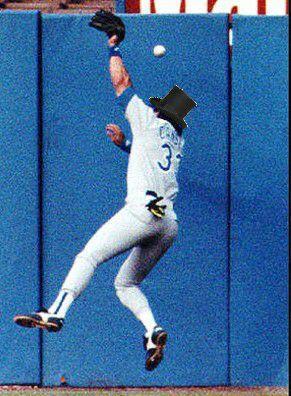 What about Jose Canseco’s most famous home run? As he approaches the wall and completely loses sight of the ball, the drilled baseball now plummets down and bounces off the plateau of his top hat and bounces over the wall. Or does it? Does the shock absorbing factor the top hat brings slow that ball down, stunt the bounce and save Jose when he needed it most? Talk about a sliding doors moment. 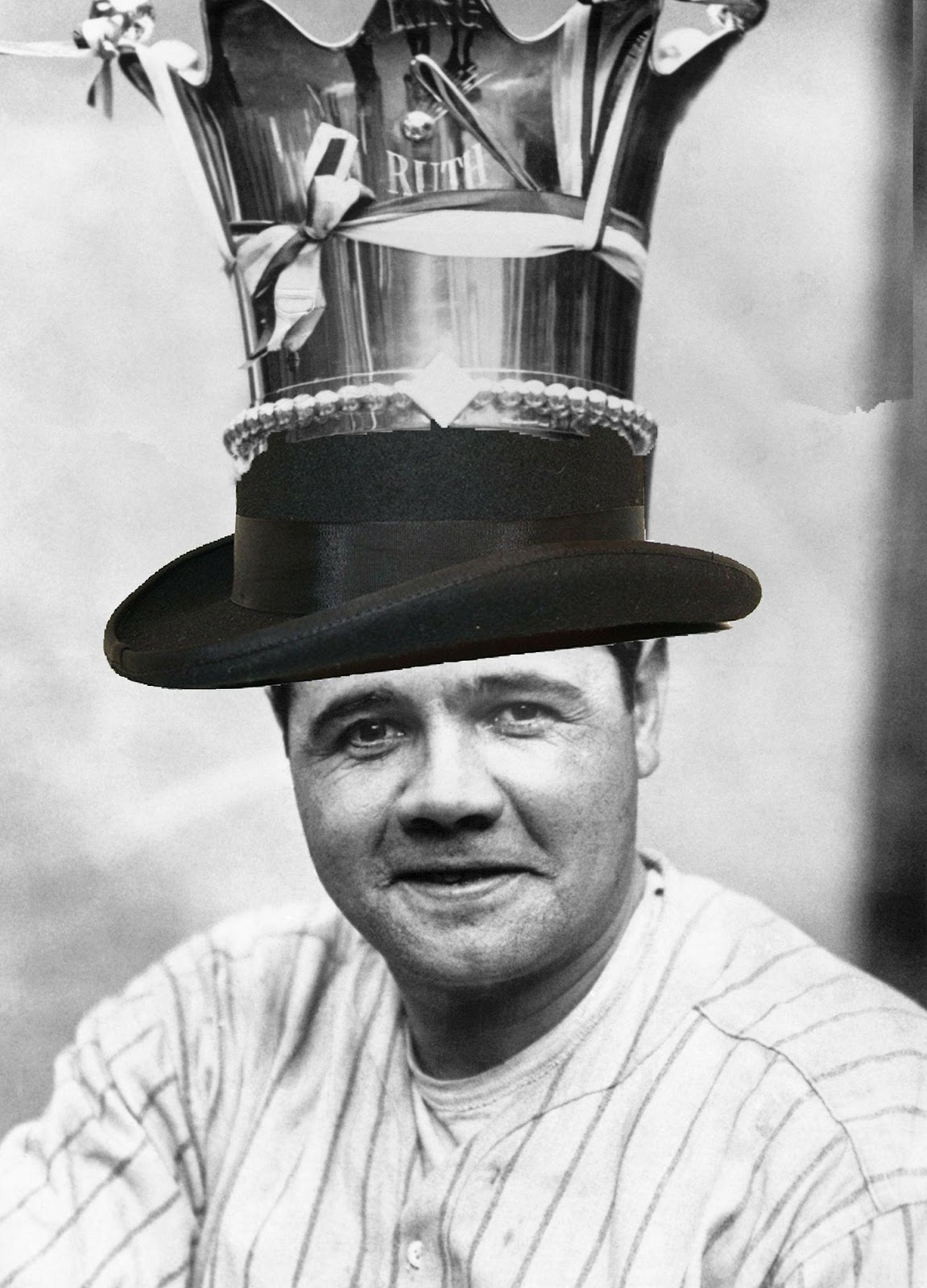 Finally, the Babe. I don’t think I can say anything about this, except…nope, nothing.

What hat would you like to see replace the baseball cap? Would the Yankees allow it? How would the San Diego Padres make something so fun and exciting become so dull (i.e. their Spring Training caps for the last…well ever)? How many rebrands of a top hat could the Marlins have?

You need to be logged in to comment. Login or Subscribe
Cameron eadie
Once I said a baseball name in my sleep. Classics. The wearing of top hats through out MLB history. Revisionism. ( David Wells attempted a start wearing a vintage Babe Ruth cap back in 1997. )
Reply to Cameron