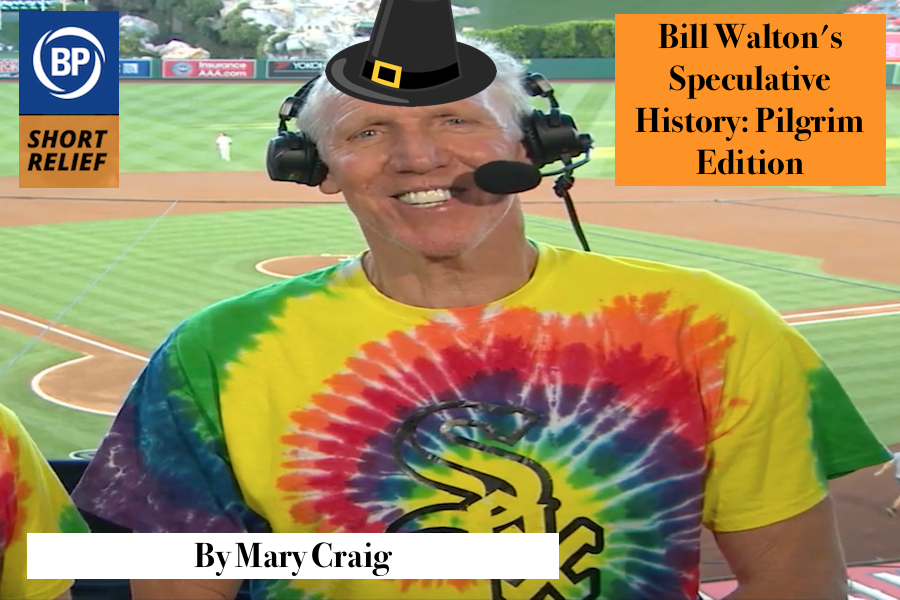 If the pilgrims had landed in Laguna Beach…things would be different.

The crowd of passengers gathered anxiously around the home port, murmuring amongst themselves. Their first attempted voyage roughly a month ago had failed to grant them passage farther than Cornwall, and hostility toward them had only grown since then. It was imperative, they believed, that this voyage get underway without additional delay, but the absence of a captain left them very much in doubt.

After many more minutes of waiting, and just when they had abandoned all hope, a man of above average stature, with flaming hair began pushing his way through the crowd. “Make way, make way, for your Captain has arrived,” he proclaimed in a thick Spanish accent, his simple brown robes swishing about him as he parted the bewildered crowd and boarded the ship.

This strange man was a far cry from the very English Captain Christopher Jones for whom they had been waiting. Their astonishment quickly manifested itself verbally, with cries of “What in God’s name is happening?” and “Give us your name, sir!” erupting throughout the crowd. The self-proclaimed captain turned to the onlookers from the upper deck, replied simply, “Redemption, my friends!”, and beckoned them aboard. With little to gain and much to lose from remaining ashore, they gathered their few belongings and boarded the ship.

On the third day at sea, the Captain quietly pulled a crewmember aside to inquire about the precise nature of the journey: “America, you say?” “That’s right,” he replied carefully, before adding, “you do know the way?” “Oh, yes! I know the Americas very well,” the captain said. “But tell me, why the Americas, and not the East?,” he inquired, his eyes widening as he reached the final word of the sentence. “A new civil society, living together, as God proclaimed it to be, is all we desire. No exotic places, merely the Eastern shore of the New World” the crew member stated, but the strange Captain had already turned his back to him and was staring fixedly at the gray foam atop the waves.

As the months passed with no New World in sight, the passengers began to worry. Perhaps, like the last time, the Captain had been forced to turn around. He did seem to be particularly adept at navigating through rough weather, though, and gave not the slightest inkling of uncertainty, so they decided to trust him.

Finally, after four months cooped up in the tiny ship, they saw land! It was not the rocky cliffs and rolling hillocks of lush green grass they had expected, and the weather was far warmer than it should have been, but the Captain seemed insistent, loudly declaring, “There she is, New England!”

They docked the ship, signed their names to the document establishing a new Body Politic in Cape Cod, and stepped onto the sandy beach to begin their new life. 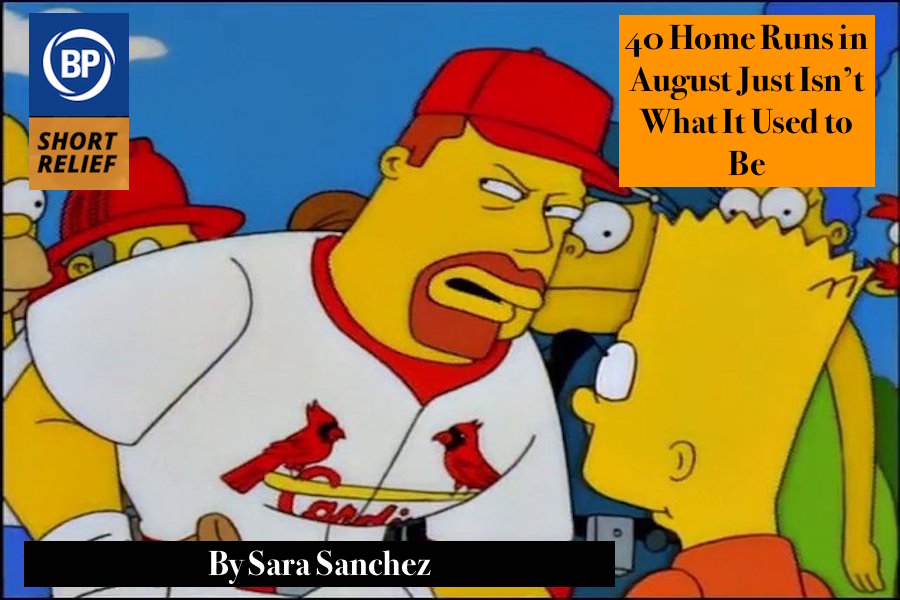 I was working my way through my first real breakup and my heart was more shattered than broken. The rational side of my brain believed all of the people telling me it would get better, but reason wasn’t exactly my strongest suit at the time. I was reading a lot of Dorothy Parker and listening to a lot of Tori Amos. I was desperate for distractions, and as luck would have it baseball obliged.

My relationship was falling apart, but Sammy Sosa and Mark McGwire were engaged in one of the all-time great home run races. Almost every day it seemed like baseball gave me a much needed break from teenage melodrama with a new historic milestone. I’d been fascinated with baseball numbers since I could read the massive book of baseball stats on our coffee table and had all the major records memorized. McGwire’s early run at 61 would have been an adequate distraction. But then Sosa unleashed a monster June by hitting an unprecedented (at the time) 20 home runs in a month. The race was on and I was riveted.

I had been a Cubs fan since I was four. I had already lived through two heartbreaking postseasons, and it had been almost a decade since the last one. I felt like I had watched every member of my family, neighborhood and extended family see their team win. 1998 had finally given me a team in contention and a player chasing down one of the most hallowed records in sports. Sammy was having fun, and I was having fun watching him. It seemed like fate when McGwire hit number 62 against the Chicago Cubs. The whole world of baseball was so overcome with joy that even the Cubs and Cardinals forgot they were rivals for a brief moment. Every member of the Cubs infield congratulated McGwire a he came around the field, and Sammy himself sprinted in from right field to join the throng of Cardinals players congratulating McGwire.

Baseball seemed perfect that summer. Then fans learned it was all tainted. I worked my way through a new form of heartbreak.

So you’ll forgive me if I just can’t get worked up as the home run records have fallen in 2019. The evidence strongly suggests that this time around it isn’t the players that are juiced so much as the balls. But the crux for me is that as Mike Trout, Christian Yelich, Cody Bellinger and Pete Alonso all passed 40 home runs this weekend, I found myself yawning rather than cheering. The 2019 Twins have already hit more home runs than any other Twins team in history. They are 27 home runs away from the all-time single season record by a team, a record set by the Yankees. Last year. It seems like half the league is chasing their all-time record this year. It’s hard to get worked up about numbers that don’t seem to mean much anymore. 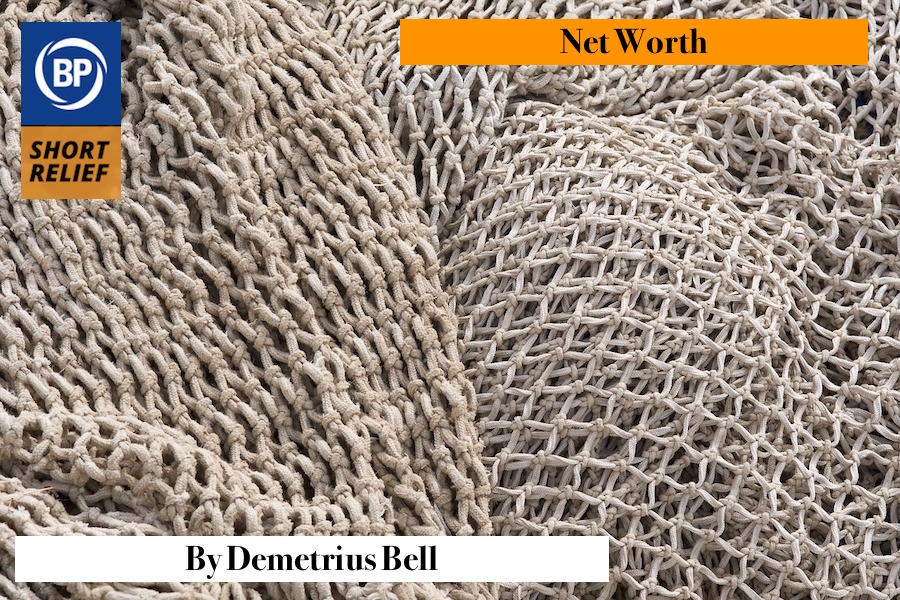 As time continues its inevitable march forward, we’re always going to be stuck in battles between people who want the game of baseball to stick to its traditional ways and fans who want the game to move on and adapt as society keeps on progressing. There are a few things that I’ll begrudgingly agree with the old guard on. I’ll agree that sometimes a sacrifice bunt is actually just fine and I also think that this whole “home run” thing has gotten a bit out of control as of late.

One thing that I can’t agree with is the issue of netting in stadiums. The discussion of this particular topic was spurred on when another team decided to extend the netting. This time, the Braves are going to be the latest team to extend their netting in their home ballpark. They’re following the lead of a handful of other teams who went further than just putting their netting to the end of each dugout. It’s a welcome change and I’m hoping that the rest of the league follows suit.

It seems like such a no-brainer, after all. If you want attendance to rise, one of the best ways to make sure that the fans who actually go to the game and are sitting in those particular areas are happy is to at least make sure that the danger of them getting hit with a line drive ball or a wayward bat is almost nonexistent. The nets help to make sure that doesn’t happen, and the fans can continue to enjoy their time at the ballpark without having to worry about a tragic moment happening due to the circumstances of the game. Living customers tend to be good for business.

Amazingly, all you have to do is take a trip to the replies to the Braves’ tweet and you’ll see some fans who are genuinely complaining that this is a bad thing. The minor inconvenience of missing out on a free baseball or having your vision of the game being cut down by, like, three percent is vastly outweighed by the benefits of making sure that there isn’t another scene like what happened in Houston back in May. This isn’t about catering to fans who are just on their phones and not paying attention. This is to make sure that we never have to see another little girl going to the hospital because of what happened at a baseball game. The scenes of Albert Almora Jr. being visibly distraught at something he did yet had no control over are something that should be cut down.

The protective netting is an extremely minor inconvenience when it comes to getting a crystal clear view in our idyllic version of a live baseball game. Ballparks will never be the same once this spreads throughout baseball, and it’s a change that’s needed and shouldn’t be debated at all.