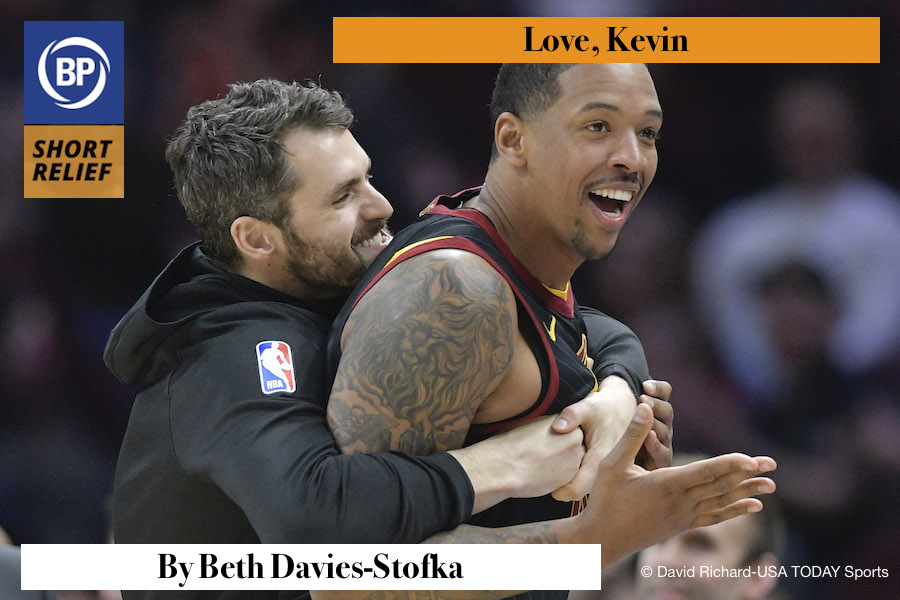 A few years ago, I bought a book by Geoff Miller called Intangibles: Big-League Stories and Strategies for Winning the Mental Game—In Baseball and in Life. Miller is a mental skills coach in the MLB, working with such teams as the Braves, Nationals and Phillies, although that is only a small piece of his resume. In addition to working with players, Miller has helped athletic coaches, corporate executives, and even Marines.

I love his book. He has filled it with practical advice for specific situations, and it comes with a cool tool that Miller calls a “character development inventory” or CDI. (Miller generously gives this tool away, and you can download it here.) I’ve used it on myself, revisiting it at intervals to celebrate my accomplishments and identify the places where I’m stuck. I’ve also discovered that it has helped me demystify professional athletes. Their lives, although undeniably high-stress, are not uniquely so. Living and working under high levels of stress is commonplace. As Kevin Love said last year, “Everyone is going through something that we can’t see.”

Yesterday, I had a panic attack just like the one that Love described in The Players’ Tribune. In the same piece, he described therapy as “terrifying and awkward and hard,” and it is. However, he also wanted to remove the stigma that surrounds sharing. He wanted to tell us that it’s okay to talk to someone and share what we’re going through. He didn’t tell us not to be ashamed, not in those exact words, but that’s how I took it. Don’t be ashamed to need help, he said. “You’re not weird or different.”

The news that the NBA is taking fresh steps to help athletes with mental wellness caused me to think about my own process, with unpleasant results. It’s really important to have resources, but it’s equally important to use them in the right way. I realized that I have been using Miller’s CDI in a really unhealthy way. It’s an excellent tool for enhancing the mental game, but I’ve been using it in a misguided effort to develop and grow myself in order to be worthy of my therapist’s time and effort. For the first time, I saw just how completely and fundamentally I believe myself to be worthless.

I scurried back to Kevin Love. I read his article carefully, finding as much comfort in it today as I did the first time I read it. He speaks directly to me. He makes me feel like it’s okay to need help, and to seek it. He gives me the courage I need to be vulnerable. And while it might be awhile before I feel a sense of worth, at least I feel, well, loved. And I’m positive that if I asked him, Kevin Love would tell me I’m worth it. That’s a start. If you’re struggling too, then let it help you to know you’re not alone. You’re not weird, and you’re not different. You’re worth it. 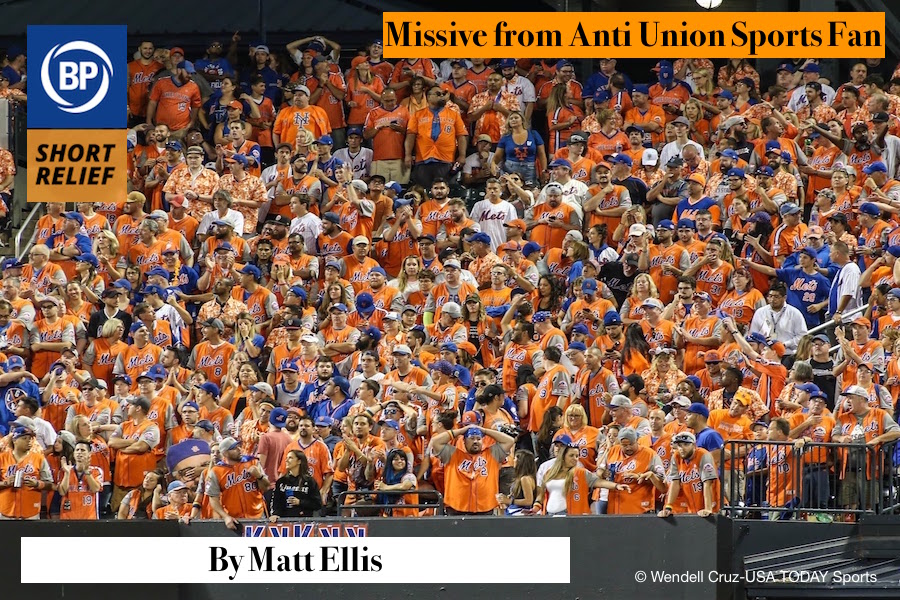 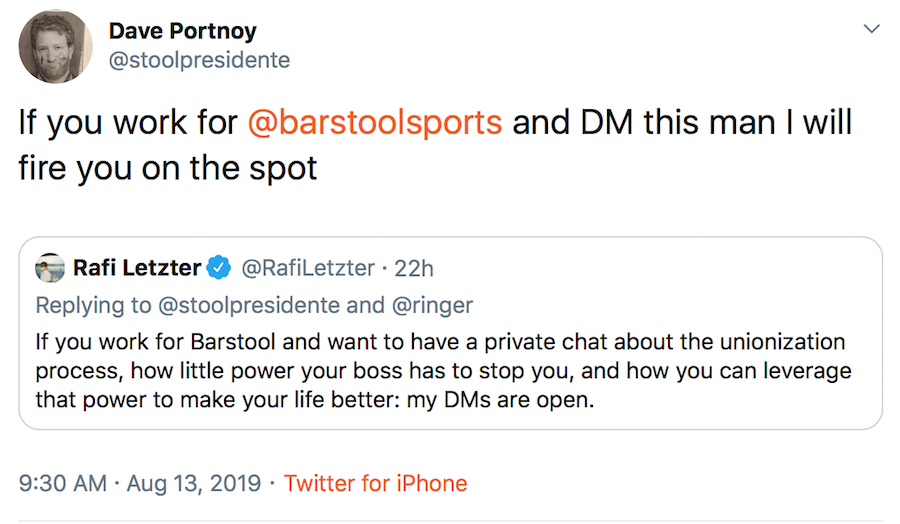 Get a LOAD of this….are you kiddin’ me? These jabronis….I ain’t kiddin you pal. Yes, I emailed mr. Portney to tell him I’m on their side in this. Can you believe it? These people have the luxury of writing about *sports* as a job–a thing thousands of Americans would kill somebody to be able to do. And also, Tom Brady. You kidding? Can. You. Believe. It.

You know when I started, I was nothing but a lonely Mets blogger and regular WFAN caller. Now they are asking for legal recognition, my *ss. If only these fools understood the proper way to deal with Mr. “Wilpon,” if that is his real name, is to call into the talk show and complain about aaaanotha bum deeeal, right? Now they are trying to make this about “money” and junk? Get out of here. In my day we wer proper and we dealt with our bad owners through legit channels: controlled, mediated, and monetized forums by which our complaints could be turned into profit for another media conglomerate, giving us the illusion of progress as if actually giving a heck about the New York Mets was somehow profitable. Now they are asking for money to cover it. Pitiful.

I remember where I was when they left Matt Harvey in too long in tha World Series. Do you? No. And did I ever complain? Well, yes, I did. A lot. I complained for, oh, lets say three years or so. But you know what I didn’t do? I didn’t ask somebody to pay me money to complain about it. Sure, I didn’t make phone calls to the front office, nor the managerial crew who made the decision that led to the Royals taking the lead in the bottom of the ninth that day. No, that’s someone’s real job and they probably get paid real well to do it, I’m just a fan. But thinking you should get extra money just because you actually talk to Terry Collins on ya phone? Buddy, the Dave Matthews Band got away with dumping a bus full of poop on one of our bridges and we ain’t yellin’ bout Tom Brady in between innings.

Here’s what I know: these phonies at the barstool will be spending their time asking for more and more money when they know that anyone worth a damn is two steps behind them ready to take over their job. Meanwhile, I have a good feeling that finally, maybe when the Mets miss the playoffs this fall, they will FINALLY realize they took us all for granted and start spending money the right way. I believe that, I really do. I also know these things have nothing to do with each other whatsoever.

So Go Mets. And if I see you even thinking about joining a writing club for LOSERS it’s a POW right to the MOON, buddy. 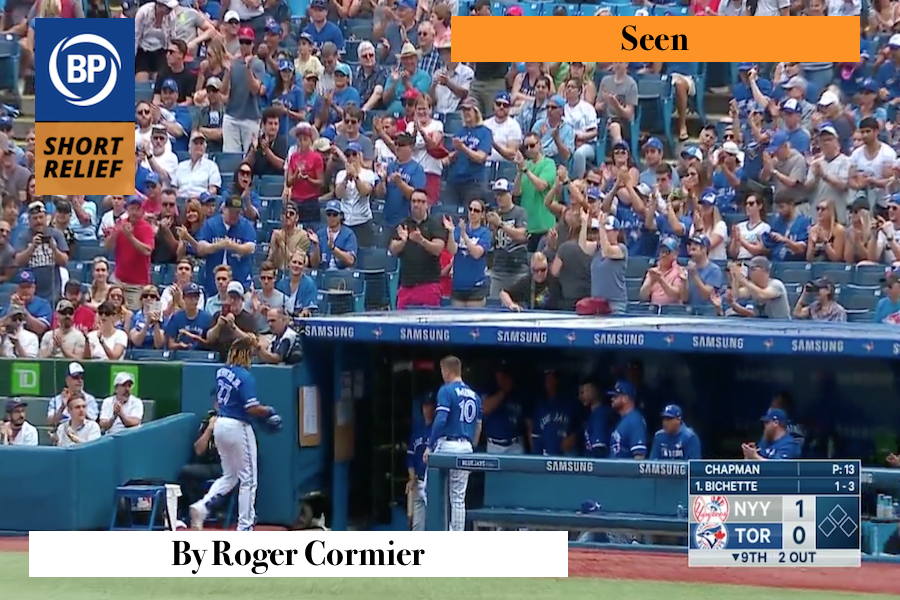 It turns out podcast advertisements sometimes lie, for I had a good time at the post office the other day. I needed to, get this: mail something. So I went, put the contents I needed to be sent to another part of the country from where I currently was from my dumb plain envelope I found at home to the envelopes the post office has on display that are just begging to be used. After a two minute wait, I was permitted to slide my envelope to the clerk. She told me how much it would cost to ship the bad boy out of there. I charged it. Then she handed me a cartoonishly long receipt.

“Do you see the routing number?”

She smiled. “Where? Where do you see the routing number?”

I found 10 uninterrupted digits in a row towards the bottom. “Here.”

“That’s not the routing number! It’s by your finger.”

She laughed. She specified which finger she meant, and the world made a little more sense.

I really wish I had an audience for that little quip of mine. Like most people, I do not have a camera crew recording my quotidian existence, so one-liners like that are forgotten. Sure, I could tell my friends and my mail carrier, who I would imagine would love it the most, but it just isn’t the same. It should be about the love of the joke anyway, not about the love of pathetically bragging that you said something remotely funny once.

There is a very fair trade-off at work here. The times we mess up and embarrass ourselves in front of one or two post office employees on random Mondays are also lost to time and typically forgotten about.

Vladimir Guerrero Jr. has not had this luxury. Everything he does and says has been and will continue to be observed. In front of the world, he started his major league career 6 for 41 with nary a dinger, even though he was in the minor leagues for much longer than he should have been, and his name is Vladimir Guerrero Jr., and yes, he is in fact related to Hall of Fame baseball player Vladimir Guerrero. Vladito got better, of course. He finished second at the Home Run Derby, but first in some to most of our hearts. He’s appreciated by Blue Jays fans, even though the entire team is now filled with sons of great MLB players.

On Sunday, down one run in the bottom of the 9th inning with a runner on first, Guerrero Jr. was sent up to pinch hit against Aroldis Chapman. Vladito swung very hard and totally whiffed on the first two pitches. “Vlad Jr. looked totally overmatched lol #27rings”, Yankee fans were on the verge of tweeting. But they had to wait. And wait. And wait. Then no longer wait. Sorry, I was mistaken, they continued waiting. By the 13th pitch of the at-bat, they deleted their drafts.

Like Dan Shulman, I too had never seen a player get a standing ovation and high-fives in the dugout for grounding into a double play before. Must be nice.