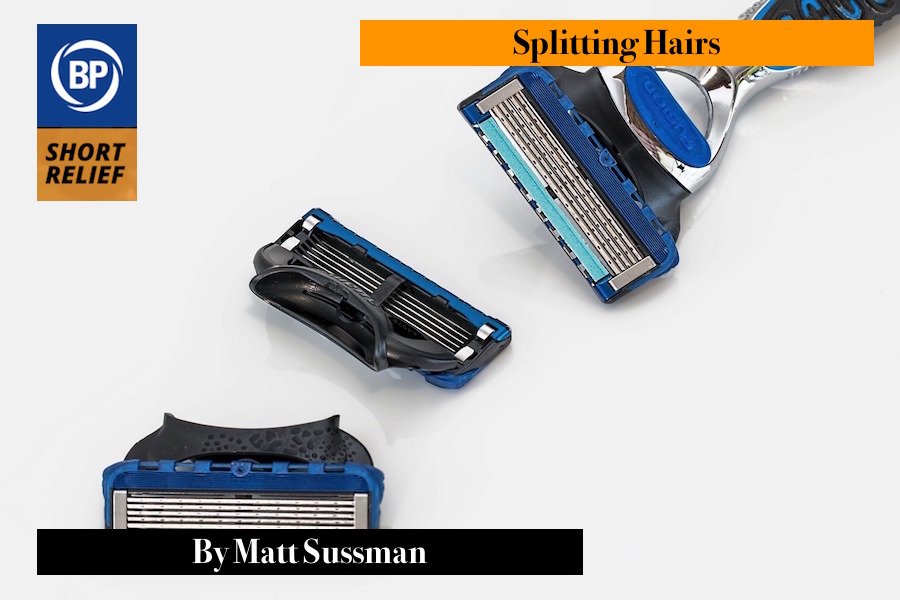 One of the unintended consequences of baseball being a sport of hats is that we can’t really tell if someone is losing their hair. Growing up, the first time this jarred me was seeing David Justice. I always saw him either hatted or helmeted, and the assumption in the back of my formative mind is, there’s a confident grown-up with a luxurious loaf underneath the headgear. Then he headed to the dugout, removed it and to my surprise, much of his head skin was exposed. I remember gasping. That’s not right, I thought. (25 years later, I look at my own head and, well, same thought.)

The default assumption is always going to be The Baseball Player Is Not Bald until further facts come to light, even though we know the vast majority of men lose at least some of their hair, but in their 20s and 30s the impacted population is much smaller. Of course, they get to cover it at their jobs, so it’s less a concern. If you work in a cubicle, well, I hear fluorescent lighting is good for the scalp, at least that’s what we tell ourselves.

The fully bald head was more prevalent in, say, basketball, the sport of the four that requires the least amount of garment. If you couldn’t Julius Erving it, you Moses Maloned it. Then came Jordan, who pioneered the look and the rest was history.

My esteemed colleague Mary Craig argued that Massachusetts-area Super Saiyan outfielder Mookie Betts made a wonderful statement with his weird and bad cranial hair situation by tastefully lopping off the sorry-ass remainder. And I do feel for the dude because he’s losing his hair at 26, and concurrently do not feel sorry for him because he’s ludicrously rich and about to be richer. It looks like his hair was on stage 3 of the Norwood bald pattern scale, which is a decent time to take action because after that it’s just going to get silly until you go full Ripken — then it’s fine to let it plume. But Jordan and many other athletes decided the completely bald look was a valid masculine answer to losing it naturally.

Perhaps in 20 years, the scraps of hair will be appropriate for Betts to replenish, an integumentary statement appropriate for a man who went through some trials in the second half of his baseball career and is struggling to adjust to his post-baseball life. For now, Betts going completely bald is appropriate, and dare I say, expected.

So would it be braver to just let the thicket die off naturally and look like a grizzled veteran as a relative youngster? I mean, that’s what John Smoltz did, and look how he—dammit, Mary was probably right. 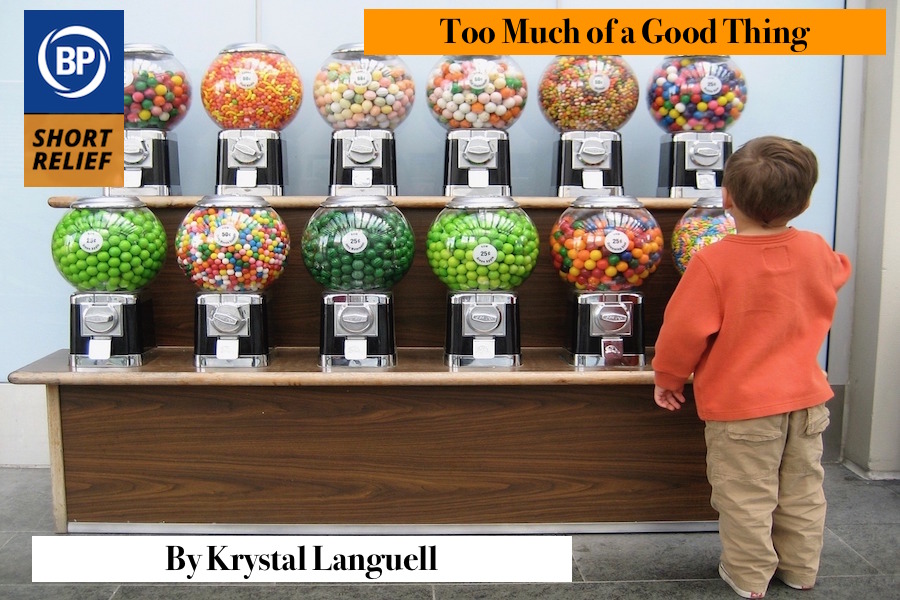 I make a plan not to walk negative blocks
coordinating key pickup and stadium travel.
Five games in two weeks has got to be efficient
or it feels like work. A few patterns emerge.
A felt gap in leadership morphs from a symptom
to an urgent problem of perception all its own.
Once we see too much we call for adjustments.
We manage, overshare brawl clips and rumors
of brawls to be engaged in, though we claim it’s
beneath us because we think that’s the point.
See ya on the plane, partner! The itinerary has
some minor points of interest, parks to detour to.
It’s summer and the cat is stretched out long
beside the baseboard. When Lou Pinella used
to kick dirt on his hat, then put it back on, that
suited my mood at that time in my life. It boosts
morale when the manager gets thrown out.
Today is the captain’s birthday. He’s a smiley guy
in a jacket with buttons and he gets his work done.
We gear up for game four of five in our own road
series, pretty exhausted. Each night a novel’s worth
of detail escaping our notice. Still a lot of baseball
to be played, so cool your jets and follow the leader.
I came here to chew gum and hit dingers. I thought
I heard you say. Listen to the guy who’s all out of gum. 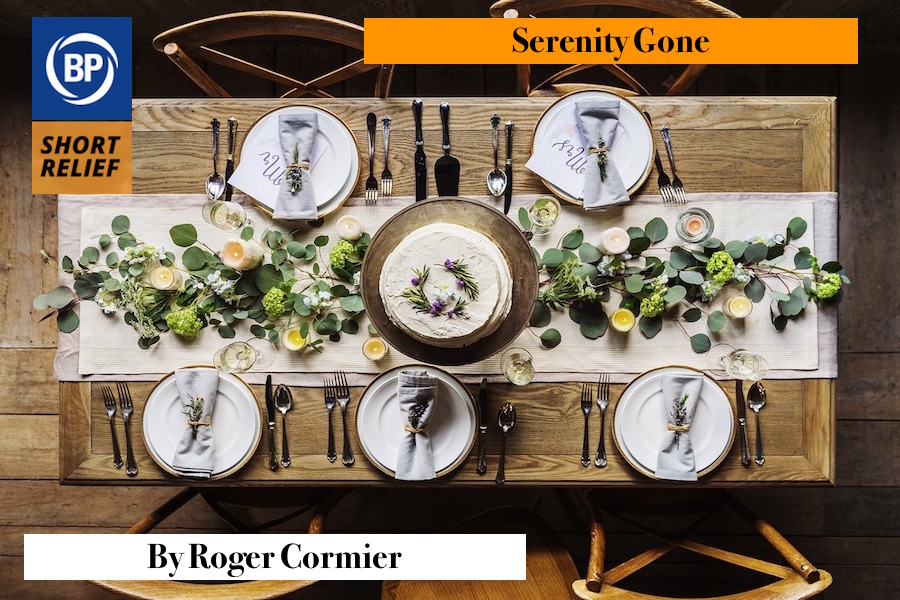 I have had a recurring dream over the past few months in which I attend a soirée. I am there to listen and not insult the evening by referring to it as something so gauche as a “dinner party.” The guests’ names change, but they are always beautiful.

“Well, as Frank O’Hara wrote: ‘It is easy to be beautiful; it is difficult to appear so’.” Damn you Teigen; of course you beat me to O’Hara. I’m not telling you the name of my non-problematic gym.

Towards the end of the meal, a meal where I used the correct forks, I finally unleash my killer bon mot. The setup goes something like, “Roger, how about those New York Mets this season? You cannot say they are boring!”

I chortle, classily. I take another sip of the incredible coffee. It does not matter that I will be up all night now, I think to myself. I shall be coasting on this witticism for life. And then I say it:

Oh, the laughter. The nodding. The nodding and the laughter. If I am feeling particularly chatty, I keep going. I explain I’m not exactly a Mets fan anymore. I’ve acquired a taste for all of the teams in my older age. Teams whose narratives are new to me, and actually change once in awhile. I feel a comfortable, numbing remove from the Mets this time around. I still end up technically watching every game, sure, but would you say your favorite television program is the show you have watched the most episodes of? No.

And this season? Season 58 is clearly drawing on story elements from season 54 and 55.

“But Mr. Cormier,” Dick Cavett said last night. “Haven’t you heard? The Mets have won 13 of their last 14. Against weak teams, sure. But the Marlins swept their asses a few months ago. And that was before they had those meme glasses. Plus I hear the Mets are gonna add some Joementum.”

Well, Dick, it is not that simple. The endless mishegas remains. Instead of putting up protective netting down the first and third base lines during the All-Star break, they installed Chick-fil-A foul poles (Pride Night at Citi Field is tomorrow.) When Jeff McNeil was successfully convincing his wife over FaceTime to adopt a doggo, Mickey Callaway said “a real man” wouldn’t need to ask. On the bright side, and to my amusement, I think he’s been punished by someone and/or some powerful entity over it.

Mickey Callaway said he hasn't been getting recognized in public more because he doesn't really go out in public. He eats all of his meals at the ballpark and goes home to sleep.

And I must admit that the actor portraying Pete Alonso is amazing. The big beefy adult son stares at the line that separates a larger-than-life character with cartoonish caricature and makes the line apologize for existing.

I also got to give the season 58 writing staff credit for the random theories floating around on the origin of this winning streak.

Desperately trying to remember if the Mets winning ways correspond with the sudden appearance of a sweet clubhouse ping-pong table a few weeks back. Without any evidence whatsoever, I'm going to say yes.

The Mets are about to face decent baseball teams, and play them at baseball. Most experts will tell you that combination could lead to peril. The Roséwave period is likely over. I will watch anyway, for I am a dolt. A mark. A sucker. A fool. A fan. Starving.