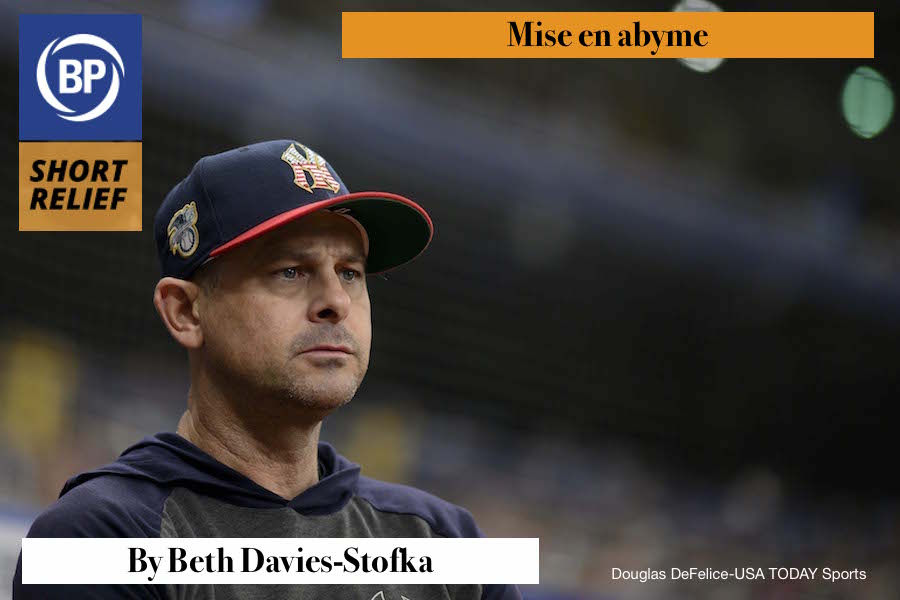 There was so much to say. I’d been unfair. We were at a crossroads. The boundaries had to be redrawn for the relationship to continue. I was the one accountable for the dysfunction and I was the one that had to change. I had to make a commitment to change. A lot of them, actually. A painful conversation. I wish you had been with me. I wish anyone had been with me, but there are things you have to walk through alone. I listened stoically, my face impassive as he made his point, while waves of shame cascaded through my heart. Behind my carefully controlled face, I was desperately seeking solutions. I knew perfectly well that I was screwing up. I didn’t know why it was happening. Worse, I didn’t know how to stop. Obviously I know how to do this. I’ve worked so hard, investing years of practice and study. I’ve been mentored, taught, supervised, and corrected. When I’ve done it wrong, someone has taken me in hand and shown me how to do it right. But instead of getting better, I’ve gotten worse. This could have been a triumphant day, and what am I doing? Ruining it. With a string of appalling mistakes. Losing everything I worked for and alienating the allies I need to reach the top. It was an excruciating drama. I tried to stand my ground, but he wasn’t having it. He spoke almost non-stop. He vented pent-up frustrations that had accumulated over months, maybe years, tough to guess but there was enough to be said that it took an hour. I said almost nothing, and not only because I was at a disadvantage. I’d been unfair and I knew it. I wanted a do-over, a blink, a recall. But life’s not like that. There is no going back.

Note: I’ve sandwiched one guy’s problems in between mine. Can you tell where one leaves off and the other begins? The first one to do it gets a prize! I’ll write you a poem on any topic of your choosing. Hint: The other guy’s an umpire. 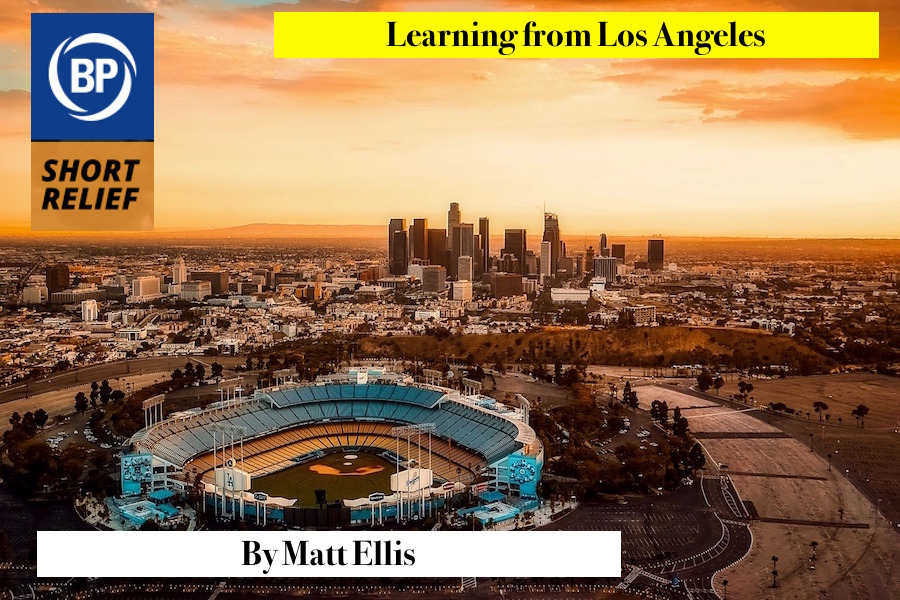 It’s more or less accepted knowledge that the current economic infrastructure of Major League Baseball is designed to siphon profit upwards to ownership, based in part on the last CBA between the players’ union and the check-cutters, and that everything from a mid-thirties right-handed DH’s salary to a July weekend’s ticket special can be indexed to that very same profit motive. A more vulgar economic reading of this situation, however, might ignore the reality that there are certainly new things happening in baseball: base-first economic readings of our situation might have difficulty arguing why X-team is investing in Y-upgrade, and so on.

One way in which this struggle could be visualized is in real estate. Every Major League Baseball team quite literally is at once a glorified 19th century event promoter and landlord, owning and operating their requisite concrete palaces for daily use even when baseball is not on the docket six months out of the year. Were we to apply the most vulgar reading of ownership’s economic incentive, one might wonder why exactly it is the Los Angeles Dodgers’ stadium is currently in talks to be redesigned rather than torn down in favor of the new.

The $100-million dollar project will bring the third-oldest stadium in all of baseball into the 21st century with a number of new benefits, which upon second glance quickly abuse any notion of pure profit incentive back into the cultural. It is certainly a more insidious notion, one which argues that any spreadsheet contains both its own utopia but also its fault line of convincing customers it’s all about profit, leading them to dialectically unite both concerns in that of the renovation. In short: Why not build a new stadium? Why renovate? Why contain all of history since the 1960s in a stadium that simultaneously points forwards and backwards, with less than half the history of Fenway or Wrigley?

The left and right field pavilions will have new restrooms, enclosed bars under the pavilions with views into the bullpens, enhanced ADA seating and two rows of high-end “home run seats” just beyond the outfield wall in front of the pavilion seats where there is currently a gap. pic.twitter.com/fViC6AgPuy

It’s a quick one-step formulation to commodify the history that is the New York Yankees or the Boston Red Sox, who despite coming into existence at precisely the moment at which contemporary capitalism modernized, have taken on a distinctly different aesthetic form of “historical” with throwback uniforms and old brick architecture telling you you are giving your money to the 1920s instead of John W. Henry. But the Dodgers have a problem that their genesis leads not back to their home in Brooklyn but their always-already postmodern instantiation on the West Coast, a stadium whose seats mimic the yellow of the sand and the blue of the ocean. How do you turn that into history when it was always about the emptying out of history, turning it into a ticket to Disneyland?

I wonder. I wonder also if this roster as currently constructed will ever win it all and if there might not be some kind of original sin in the evacuation of their own history in Brooklyn that damns them to IPA taps and endless parking lots. I wonder, and I wonder still when I will buy my own ticket, expecting the same amenities my own team provides each game in their own late 20th century theme park, nestled in the top left corner of the country. 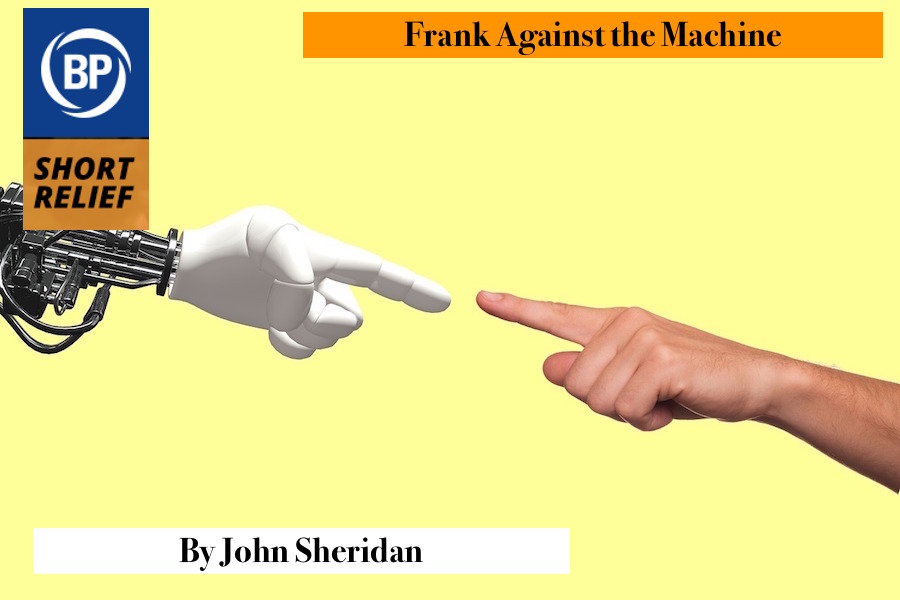 Unless you are Phillip J. Fry, there is no use in arguing with a machine, and if you’ve watched Bender in action, you know there REALLY is no winning when you fight a machine. Knowing all of this, Frank Viola decided to take on a machine for what he thought was an incorrect ball call:

In an agreement with Major League Baseball, the Atlantic League has implemented a computer generated strike zone where balls and strikes are called by a computer and not by the home plate umpire. If you’ve ever seen Angel Hernandez umpire a game, you understand the impetus for wanting to eliminate the human error element of the game.

You can try to eliminate human error, but you apparently cannot eliminate human emotion. After the home plate umpire relayed a ball call, pitching coach Frank Viola rushed out of the dugout to demand the umpire do his job and change the call the computer told him to make.

To be fair to Viola, he’s not completely insane – provisions exist permitting a home plate umpire to change what he believes to be a clearly erroneous call made by the computer. Still, “Sweet Music” serenaded the big leagues for 15 years, and he has been a pitching coach for another 10. Not once over a 25 year span did he argue a ball or strike call and hear an umpire reply, “You know what Frank? You’re right. I’m changing my call.”

Umpires are never going to change balls and strikes calls no matter how egregious. You actually have less of a chance in the same argument with a computer. In human history, when there are baseball bats involved, only Michael Bolton has found a way to defeat a machine. Viola was not as wonderful in his battle against that thing.

In terms of Viola, we are losing what he did from the game. With instant replay and now robot umpires, we’re losing the classic manager-umpire battles when Earl Weaver put on a show. This has become a general complaint in the game, as decisions have become increasingly analytically driven, putting emotion aside for what the proverbial computer tells us to do.

In the end this is all progress as we’re making more rational and fact based decisions. Still, it’s always fun to see meltdowns and fights like these. Maybe we can split the difference in the future with life-sized Rock ‘Em Sock ‘Em managers and umpires duking it out with the winner getting the call they want.