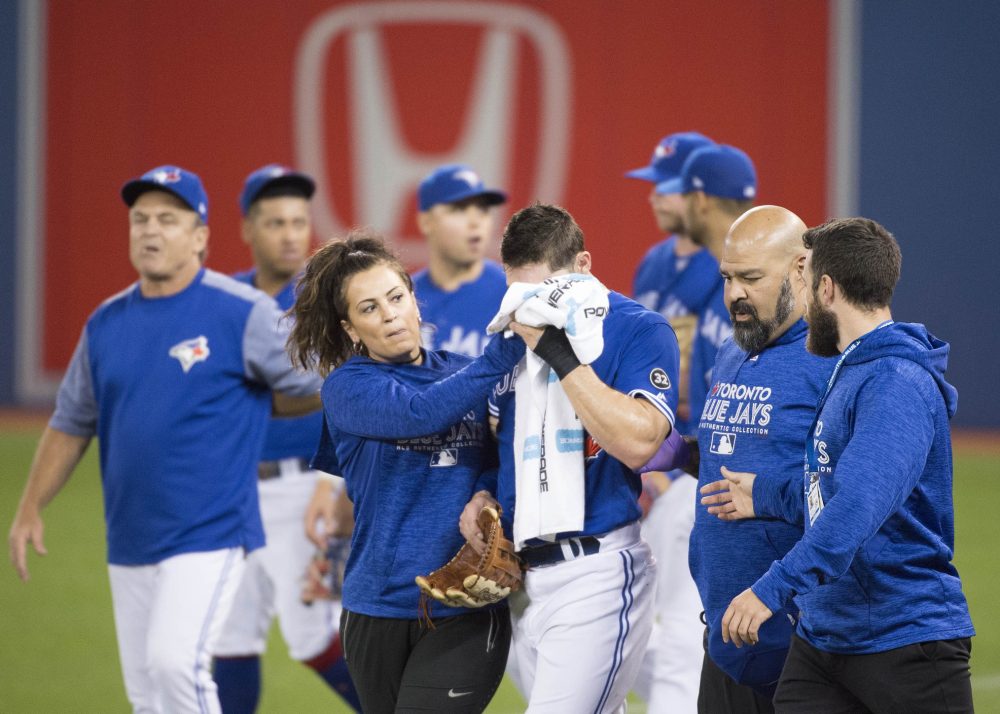 Three years ago, BP’s Kate Morrison and Russell A. Carleton shined a critical light on the path to the front office. Their multi-part series is requisite reading for anyone looking to get a proverbial foot in the door, or to simply understand how many find their way into an organization.

They identified a number of hurdles for anyone who isn’t a white man subsidized by external finances. Although I have advocated for increasing women in analytics overall as a mechanism for women to reach the front office, we clearly need to look beyond analytics to achieve gender equality. It’s pragmatic — not only are there financial incentives that will lure top data science talent away from sports analytics, but there are significantly more roles outside of analytics.

We can forgive avid enthusiasts of the modern game for forgetting that there are roles outside of analytics which shape the play on the field. The analytics revolution is no longer a revolution, but a matter of fact; while there are certainly more analysts now, there hasn’t been a tremendous boom in the number of analysts employed by MLB organizations. Again, let’s be practical: not everyone can be a general manager, and not everyone can be a quant. But there are numerous positions in the orbit of a general manager which also provide an opportunity to make an impact on the on-field product.

Besides assistant general managers, there are also vice presidents and directors of departments such as baseball operations, player development, research and development, analytics, and sports science. And of course we can’t forget the special assistants, a catch-all title that encompasses a jack of all trades to highly specialized individuals, each with their own je ne sais quoi.

If the goal is to simply place more women in front offices, in a position to make decisions impacting the game on the field (note: this is not to overlook ticket sales, marketing, etc — which are very important! — but today we’re looking at affecting the product on the field), we need to consider any possible opportunity. And as the competitive advantages of analytics have leveled out across all 30 organizations, teams should be looking for the next big thing.

Indeed, Morrison and Carleton concluded that baseball needs to look for new ideas — like improving the health and diet of players. We’re on the cusp of the player-development era. Teams are looking to improve player performance and health, and mitigate injury risk at all levels. If the last 15 years saw a boom in the role of analytics in baseball, the next 15 years will most likely see a boom in the role of performance science.

That said, it was not until 2012 that Sue Falsone became the first woman head athletic trainer in MLB when she took on the role with the Dodgers. After two seasons, however, Falsone left the organization, and it was not until 2018 that MLB saw the second woman named as head athletic trainer, the Blue Jays’ Nikki Huffman. It’s not entirely surprising that in the 2012-2019 time frame, MLB’s gender grade has been a C in the annual TIDES Racial and Gender Report Card.

The 2019 TIDES Report Card reported a slight decrease in gender hiring practices across MLB from the previous year. It doesn’t look good, but let’s look at the bright side: there were 32 women in on-field roles in 2018, including performance coaches, strength and conditioning coaches, mental skills coaches, and athletic trainers. These 32 are the women who are already working in MLB organizations; can we be sure that there will be other women following in their footsteps?

As for whether or not there is a pipeline of qualified women working in this arena, we can look to athletic trainers as an example. As of this writing, 55 percent of the National Athletic Trainer Association’s membership are women. These women include trainers who are already working at the college level — and we know that MLB organizations have been turning to college staff to supplement their own staffs. Perhaps more importantly, there are trainers, strength and conditioning staff, nutritionists, and sports scientists working in other professional sports leagues.

It’s actually easier to hire from outside MLB altogether, because you don’t have to ask for permission to interview someone from another organization (not to mention, a team can deny the request for an interview if it’s a lateral move, or if they just feel like saying no). So, we have openings across MLB organizations for performance staff, and we have a plentiful pipeline of qualified women to fill these roles. But if the goal is to place more women in the front office, we must ask if performance staff can reach director-level positions.

Here we have two recent examples. Although Lorena Martin’s tenure as director of high performance with the Mariners had an inauspicious ending, we can still consider her hiring as a step forward for women in MLB organizations. And while the idea that a nutritionist could make it into the upper echelons of the front office may arouse skepticism in some, we have precedent for someone with a background in nutrition becoming a farm director, as James Harris took on the role of director of player development with Cleveland in 2016.

While not a performance scientist per se, Gabe Kapler, noted nutrition, training, and strength enthusiast, presumably brought that same level of enthusiasm when transitioning from director of player development with the Dodgers to his current managerial role with the Phillies.

It would seem that all of the pieces are in place … so why hasn’t it happened yet?

Perhaps due to the sheer number of women in athletic training positions, several studies have asked the exact same questions. In one survey, researchers found that being in the right place at the right time for opportunities, networking, and men serving as advocates for women were key for women who achieved head athletic trainer roles. A second study looked at barriers to women achieving advanced careers in athletic training, despite the many qualified women in the field; it was bluntly noted that “women have been discriminated against because some parts of society believe that women should be at home taking care of the family.”

Indeed, both studies noted caretaking and family obligations as perceived hindrances to womens’ careers. Discrimination was a prominent factor; “male coaches stereotyped young, female athletic trainers as potential sexual distractions to their athletes, which also served to minimize their professional competence and ability to work with high-profile men’s sports.” Even absent such explicit gender bias, both studies noted that networking and the old boys’ club limited opportunities available to women.

Although we focused on athletic trainers today, it’s discouraging to see a field that has gender equality in its professional membership struggling to achieve the same parity within professional sports leagues. Once again, we encounter a glass ceiling comprised of the prejudices of men in baseball. There is evidence suggesting that as women trainers and coaches become more prevalent at the high school and college levels, men will become accustomed to seeing women in the training rooms and weight rooms. It’s not unreasonable to think that as young players build a rapport with a woman trainer in the minor-league clubhouse, a woman in a major-league clubhouse will not be an aberration.

While these changes may come eventually, men need to drive this change. A recent GAO report on increasing gender diversity on corporate boards stated as much, noting that people in positions to enact change frequently rely on their personal networks, and “given most current board members are men, and peoples’ professional networks often resemble themselves, relying on their own networks is not likely to identify as many women.”

Men need to reach out to women — women need not just mentors, but sponsors who will make opportunities available to them. However, all of this is predicated upon men recognizing that they are the problem. Until men acknowledge the toxic attitudes and systemic misogyny permeating professional sports, women will be stymied at every turn. It is long past time for men to consider their own behaviors and how their attitudes reinforce the glass ceiling, and take action to propel women, and the sport overall, forward.

You need to be logged in to comment. Login or Subscribe
Matthew Marquez
Oh great, ridiculous woke nonsense has come to BP. Yeah, hopefully someone rescues all these poor, oppressed female athletic trainers from the evil systemic misogyny lmao.
Reply to Matthew
Craig Goldstein
Hey Matthew, Managing Editor for BP here. We're absolutely a site that has been, for years, publishing the type of material that raises awareness regarding systemic injustices and will continue to hold accountable an industry that perpetuates these practices. We hope you'll continue to join us as we do.
Reply to Craig
Matthew Marquez
These "systemic injustices" only exist in your head. You guys might act like you care about this to try and impress women, but you know down this isn't an issue. Laughable article and response.
Reply to Matthew