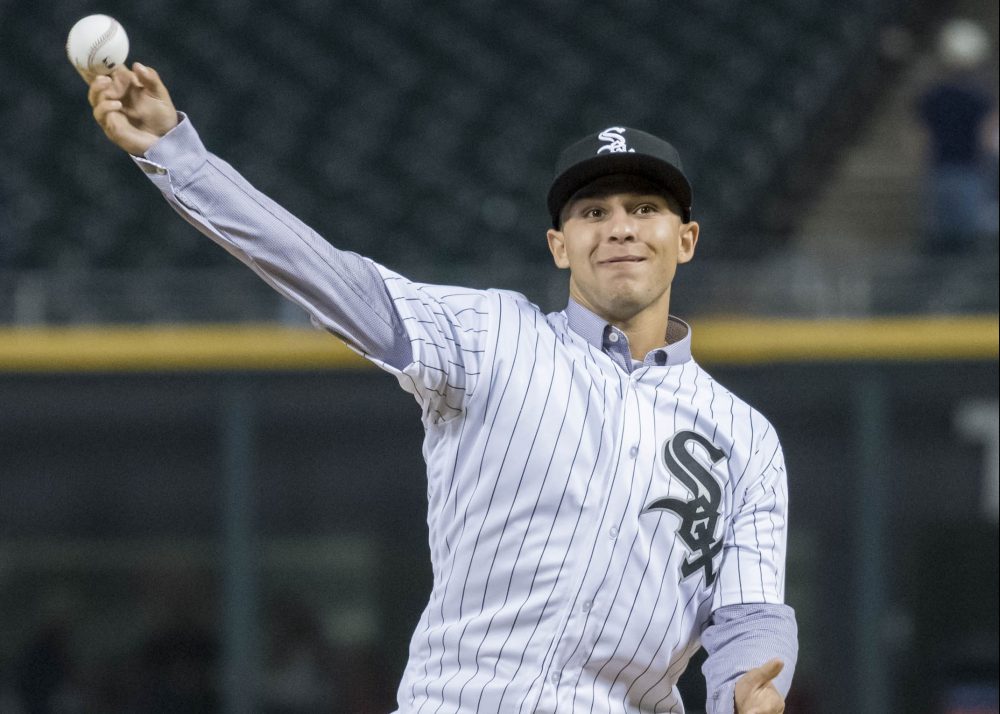 The 2019 Midseason 50 is the seventh national prospect list I’ve contributed to at Baseball Prospectus. It is no less an honor to be involved with this one than it was the first time. And I think about why we do this all the time during the process.

It’s always interesting. Often, you are confronted with choices that are, on their face, fairly ridiculous. Nick Madrigal is a 5-foot-7 middle infielder with an absolutely bizarre, but potentially elite skill grouping and statistical profile. He might be the best contact hitter in baseball already, including the majors.

Madrigal is two spots ahead of Nolan Gorman. Gorman just turned 19 in May, and made High-A within a few weeks of his birthday, in his first full pro summer. He has absolutely enormous physical tools. There’s huge power potential here, and he could end up being a well-rounded monster. He’s also struck out more in the first week-and-a-half of July than Madrigal has all season.

But why do we do any of this? We’re not a pro scouting department, and we don’t have to make those calls. What’s the point of it all?

Well, it’s tremendous content. We’ve produced over twenty pieces this week from the prospect team, and they’re some of the best stuff we’ve done this year.

It’s all a very fun conceit, trying to figure out which prospect is just a little better than the next one. It’s fun for us to write. It’s fun for you to read. It’s fun to engage on social media about. And it’s more fun to do the big ordinal list than to rank in tiers instead of numbers, or to split pitchers and hitters. Both of those might be slightly more technically correct, but they’d be way less interesting to read.

As an exercise in player evaluation, it’s also tremendously useful. Here’s a more practical version of the Madrigal/Gorman example: the Mets are reportedly shopping Noah Syndergaard in advance of the trade deadline, and will surely be seeking some of the top global prospects in return. Let’s say that the Dodgers might part with one of Dustin May, Gavin Lux, or Keibert Ruiz to get Syndergaard. After six weeks of thinking about it, and listening to members of our staff who have recent looks at all three, we’ve got a pretty strong opinion that the Mets should seek May or Lux over Ruiz. That’s what it tangibly means when May and Lux are at 7 and 11, and Ruiz just missed the list.

Forcing ourselves to make the same hard calls as teams do makes us search far and wide for the best information we can. We start the formal midseason list process around Memorial Day. We had long senior staff conference calls to create an initial draft. There is a full staff email chain with dozens of discussions about that initial draft, plus god knows how many Slack messages and Gchats. Then we repeated the process again, solicited even more feedback, and finally got everything in an order we really liked about six hours before it went on the website. (By the time it went live, Jeffrey already didn’t like it again.) These are all things that improve our overall knowledge base, and ultimately all of our prospect content, and if we intend to deliver the highest quality prospect coverage, they are necessary undertakings.

Back in 2001, a few years after prospect lists started expanding beyond Baseball America, Bill Simmons started doing his NBA Trade Value column for ESPN’s old Page 2 section. This was long before Grantland and The Ringer, right after he moved over from AOL, and as Simmons became more popular, so did this whole ordinal list concept. It formalized the bar room or sports radio-style debate format that prospect lists had already started to incorporate into baseball. Would you trade Tim Duncan for Kevin Garnett? Isn’t the argument more interesting than the answer?

That’s the core of what we’re trying to accomplish. We have those same arguments too, and we’d probably have them whether they were to create a list that tens of thousands of people read or for ten people in a group message. (I still have the group messages, too). I have been going back and forth about whether I’d take this prospect or that prospect with my friends since long, long before I ever started contributing to Baseball Prospectus. (Some of those old friends now also contribute to BP, even.) Twice a year, we as a team try to answer those questions, to give you our best understanding of the landscape at a specific moment in time, to lay out the arguments as best as we can.

When I said above that I find the criticism of our list products interesting, it’s because I am always trying to think of ways to better not only our product in the royal sense, but also my own personal viewpoint. We’re never going to get everything right, and there are always places we could improve.

I am constantly questioning parts of the process itself: Should we think about ranking recent draftees? Is there enough of a circumstantial difference between Marco Luciano and Jasson Dominguez to justify taking a swing at ranking the former but not the latter? Are we just twenty spots too high on every pitcher? Is Michael Kopech even eligible, and should he be?

Bill James once defined sabermetrics as the search for objective knowledge about baseball. Prospect lists are inherently based on subjective evaluations, yet we are still doing the same thing that sabermetricians have been doing since before I was born: searching for the objectively correct answers. We’ll never actually get there, because real-life baseball prospects aren’t video game baseball players with attribute ratings and overall ratings progressing in a linear fashion. We can’t just turn off the fog of war mode and see their underlying ratings and potentials to prove we are objectively right.

Baseball prospects are humans, with all of the flaws of humans, and so are we. As long as both of those things are true, this exercise will always be imperfect. But we can damn well try as best as we can to reach perfection, and that’s what we’ve done for you this week. We hope you enjoyed the show.

You need to be logged in to comment. Login or Subscribe
Marco
Nice job with all the Prospect work - you guys are outstanding at it and it's fun to read. Plus, I have twice as many top 50 prospects than the next guy in my Dynasty League!
Reply to Marco
Michael Bell
Excellent thought process. Thank you so much for sharing the insights.
Mike
Reply to Michael
Brad Anglemyer
Why do you hate my team’s prospects?
Reply to Brad