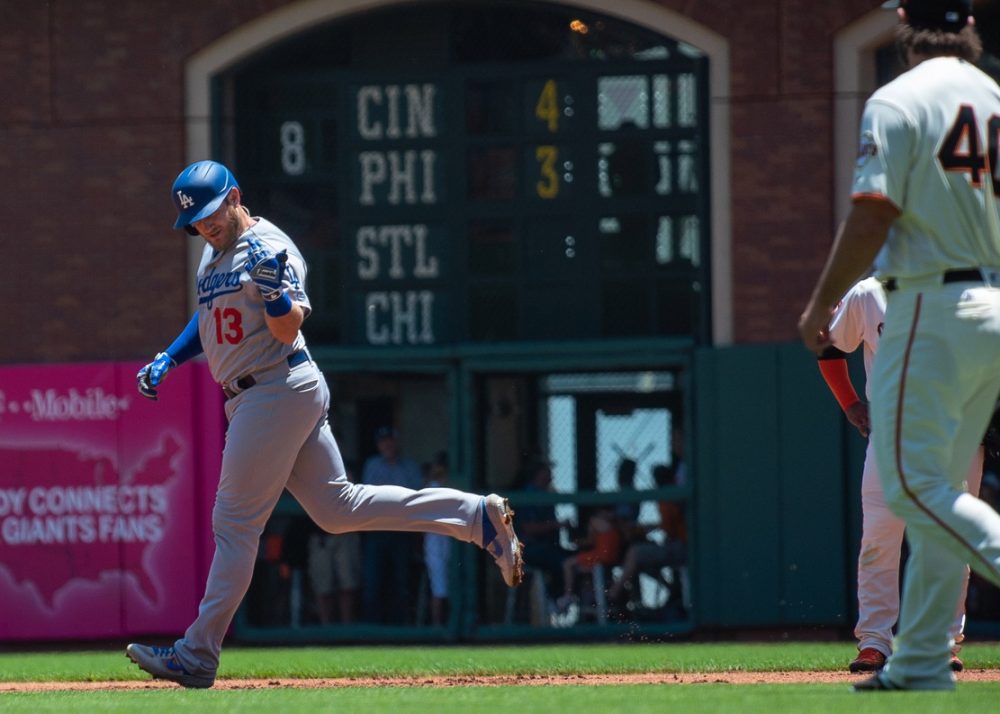 It is just a function of the internet at this point that it will 1) create something incredible or lovable and then 2) immediately destroy it. It’s most prominently described as “milkshake ducking.” It is also just a function of the internet that if you make a post detailing a thing you like or enjoy, there is a reward that becomes available to the person who most forcefully disabuses you of that notion, and will tell you that actually, as a matter of fact, it is a dumb as hell thing to like. There is also a corollary where if you say that you do not in fact want to know or hear about something or even just see a certain phrase, a minimum of 18 people will instantly tweet that exact thing at you in the largest font possible.

This isn’t a complaint, it’s just how the world works now. Or at least how it works for me, as a denizen of the internet. So I knew in my heart that as soon as I saw the best thing in baseball this week, it would be ruined within an hour.

There are a few things at play here that build the narrative as to why this is such a great thing.

First, Muncy’s story is well-known at this point but his going from “Remember Some Guy” territory to “legitimate powerhouse hitter” makes any success he has all the sweeter. Second, Madison Bumgarner is known as an ornery sumbitch who doesn’t like seeing a hitter celebrate at his expense. This isn’t a judgement on bat flips (they’re good, idc idc idc) or pitchers who celebrate with fistpumps (also good), or really any of that. It is to establish that this is a thing we know about Bumgarner and adds to the context of a division rival taking his time exiting the batter’s box after depositing a Bumgarner pitch into the water. Third, it’s the Dodgers and Giants and if there’s any way one can piss the other off, it’s just part of the fun of a rivalry. Getting under one another’s skin is the name of the game — though it is worth noting that making Bumgarner mad didn’t do much but spur him to silence the Dodgers’ bats the rest of the game.

So, Muncy admires his swing and Bumgarner yells at him and Muncy jaws back as he goes around the bases. Rarely do we get to hear on the record exactly what was said between two players having it out, but in this case we did. And it was good! It was a solid zinger that added insult to the injury of the home run. It twisted the knife on a guy who hates to acknowledge even the slightest cut. But then, as many of us exclaimed how much we liked this solid line, the reward became available and an army of people looking to claim it emerged.

First of all: Literally no one likes any of you. You don’t even like each other. I know because I’ve been an internet pedant before and it sucks for all involved. BUT, since we’re here and talking about it, I’m going to address these complaints about Muncy’s zinger in reverse order:

The last one is the most crucial. Verbal, in-person spats aren’t won based on legitimacy and logic, but rather on the emotion of the moment, as illustrated by a scene from Thank You For Smoking:

Muncy wasn’t really talking about Bumgarner getting a ball out of the ocean, he was talking about Bumgarner shoving it where the sun don’t shine, and I’d say given that he had already hit a ball into a body of water, the point was made. So while the people who feel the need to deconstruct the sentence to decide if it even made sense or misinterpret a comeback as a joke are the worst, Max Muncy’s retort to Madison Bumgarner being red and nude and mad in-person was the best thing in baseball this week.

Good night!! Ice coffee in the am for me. CANT WAIT!!

You need to be logged in to comment. Login or Subscribe
Anthony Worrall
Perhaps a better retort from Muncy would have been, " I wont be able to watch soon 'cos it's on it's way to Japan, better get it a passport.
Reply to Anthony
Sharky
I missed the Bumgarner / Muncy spat. Glad you wrote about it. Pretty funny imo.
Reply to Sharky