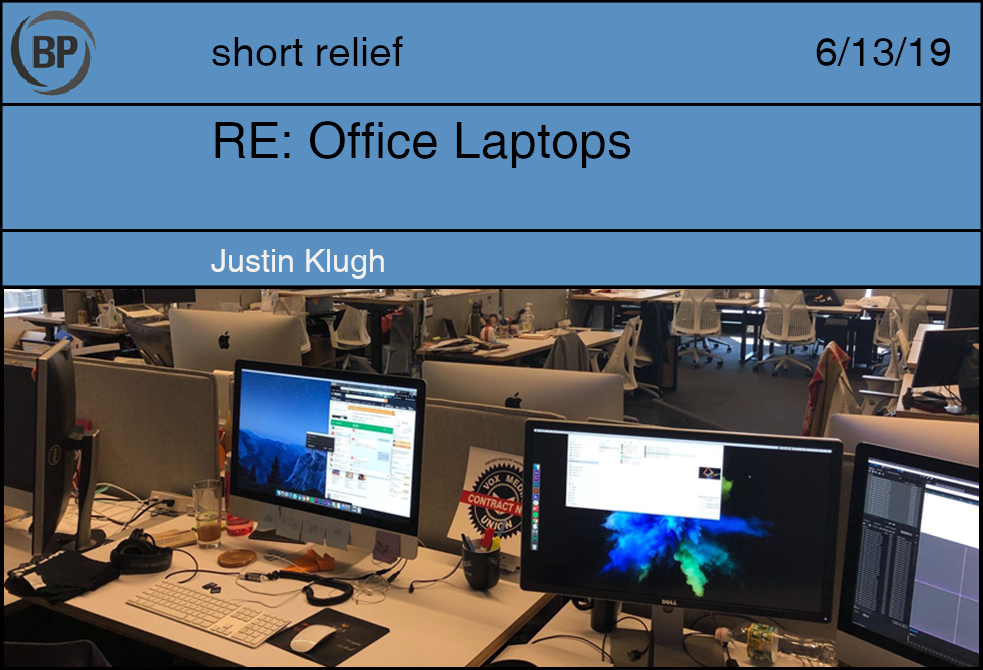 TO: All staff
FROM: Doug
RE: Office laptops

Hey gang, just a reminder that your work computers are just that–for WORK. They are NOT for personal use. Please don’t remove them from the premises without checking with me. Thanks.

TO: All staff
FROM: Doug
RE: Office laptops, again

TO: Henry
FROM: Doug
RE: I know it’s you

You had to know the obvious next step of this was to install a surveillance device of some kind and catch whoever was taking everyone’s laptops, and Henry, why am I not surprised? Your Twins hat in the footage made it pretty clear that the only guy in the office with a picture of himself photo shopped between C.J. and Kevin Cron on his desk was responsible. Please return the laptops in the morning and we’ll forget this whole mess. Be advised that if you try to start another powerpoint presentation on the Crucial Role of Fullerton, CA in American Economy because it’s C.J. Cron’s hometown, I will be very upset.

Henry–I passed a laptop store on my way into the office this morning, and… Henry, are you really going to make me ask if you’re responsible for the smashed-in window? I felt like it couldn’t possibly have been you, but then I heard the investigators talking about how a guy wearing a Twins socks on his hands was seen on the surveillance camera–do you not know about those? That they exist, and are everywhere?

Wait, did I just get a sick day request from you while I was sitting here? I know the Twins have a day game today, Henry. I can see you right now, outside my office, holding a sign. Does that say “Cron-ological order?” What does that even mean?

TO: Henry
FROM: Doug
RE: You’re fired

Well Henry, I guess we both knew it was going to come to this. Legal told me I didn’t even need to call you in to fire you, so there you go, you’re just fired, and it’s over.

Remember a couple of weeks ago, when you texted me “Operation: Laptop Steal is go,” and then texted me “Sorry, ignore that, wrong person,” and then texted me again, “I’m going to steal all of the laptops from my office in order to circumvent the five-all-star-votes-a-day rule MLB installed this year, the fascists. But I’ll steal them one at a time so no one will know.”

That whole thing makes way more sense to me now.

TO: Henry
FROM: Doug
RE: Stop 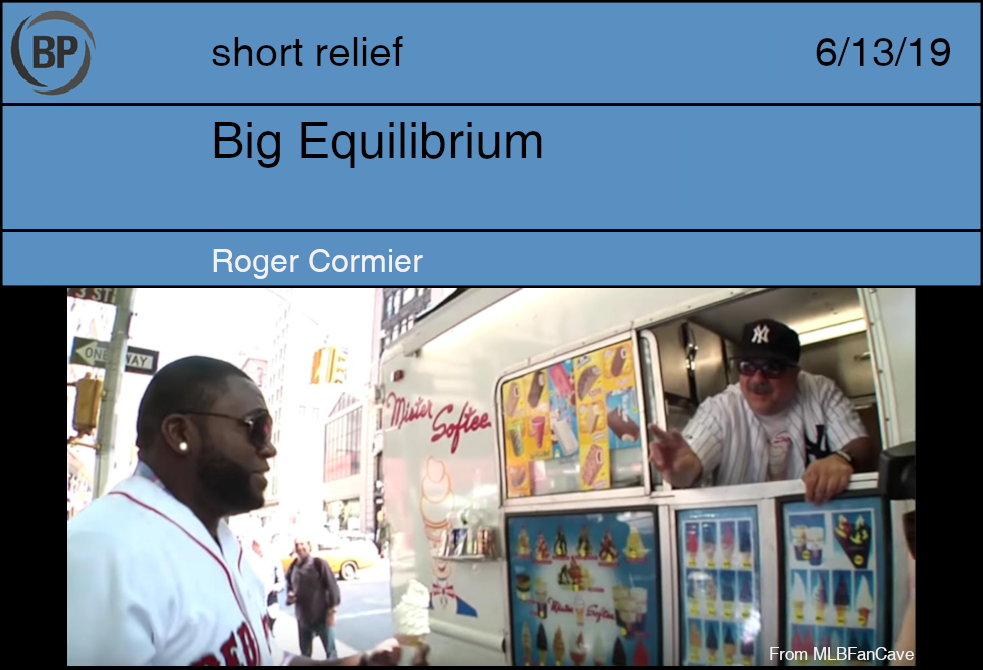 New York Yankees owner George Steinbrenner did this thing where he would antagonize whichever poor sap was technically the general manager of his team whenever the Boston Red Sox would acquire a new player. “Why didn’t we get this guy?” he would ask. It didn’t matter who it was. Virtually every player was forgotten pretty quickly. Not David Ortiz.

Ortiz was picked up by the Red Sox in January 2003, a little over a month after he was released by the Minnesota Twins. Steinbrenner had not mentioned David Ortiz before the acquisition was announced on Sportscenter. “Why didn’t we get him?” Steinbrenner asked Brian Cashman, who happened to be watching with him. By September of that season, Steinbrenner claimed to a reporter that he had told Cashman to pick up Ortiz after the Twins let him go, only for Cashman to point out that the Yankees already had first base and the designated hitter position covered with Jason Giambi and Nick Johnson. This is absurd for several reasons (“Brian pleeeeeeeeeeasssseeee!” “You’re really pushing it, Steinbrenner!”), yet the story picked up legs, and had to be denied by Cashman several times, as recently as 2016.

According to Jon Pessah’s excellent book The Game: Inside the Secret World of Major League Baseball’s Power Brokers, Steinbrenner seemed to believe this lie, and he needled Cashman about Ortiz throughout 2003. After Game 1 of the ALCS, when Ortiz homered in his first playoff game against the Yankees, Steinbrenner exclaimed to Cashman, “I told you we should have signed Ortiz! Why didn’t you listen?” According to Pessah, Cashman had taken that specific pile of crap from his boss so often already by then he simply walked away “bemused.”

As they teach in all New England elementary schools, David Ortiz helped the Boston Red Sox come back from an 0-3 deficit to win the best-of-seven ALCS against the Yankees in 2004, something that had never been done before or since in Major League Baseball history. They then swept the Cardinals to win the World Series as kind of an afterthought. The Red Sox finally earned the right to be Steinbrenner’s obsession, and the Yankees’ rival. Ortiz was actually worth lying about. He helped make the world seem a teeny less unfair and a little more balanced. Then he was a key part of two more championships, to prove it wasn’t a fluke. He kept the good fight going even after he retired, evening out Alex Rodriguez, who apparently did not finish out his contract with the Texas Rangers with the Texas Rangers? Ortiz kept our planet on its axis by channeling John Sterling after Yankees playoff losses.

The world would be a better place with David Ortiz in it even if he never picked up a baseball bat. Pedro Martínez didn’t choke up talking about Ortiz simply because they were on the same World Series team. He was overcome with emotion because Ortiz is a hero on and off the field in the Dominican Republic. Martínez more than once the other night said David saved many lives. Hell, when Ortiz made himself a Bostonian until the end of time and happened to use the-F-word when doing so, the FCC was cool with it. He clearly has a special gift for communicating wholehearted positive thoughts. It is a massive understatement to say it is a damn good thing he survived Sunday’s shooting, because lord knows we need people like that. And if he’s up for it, it would be excellent if he could return next to ARod sooner rather than later and keep up the hard-fought equilibrium of the baseball universe that he helped bring us.