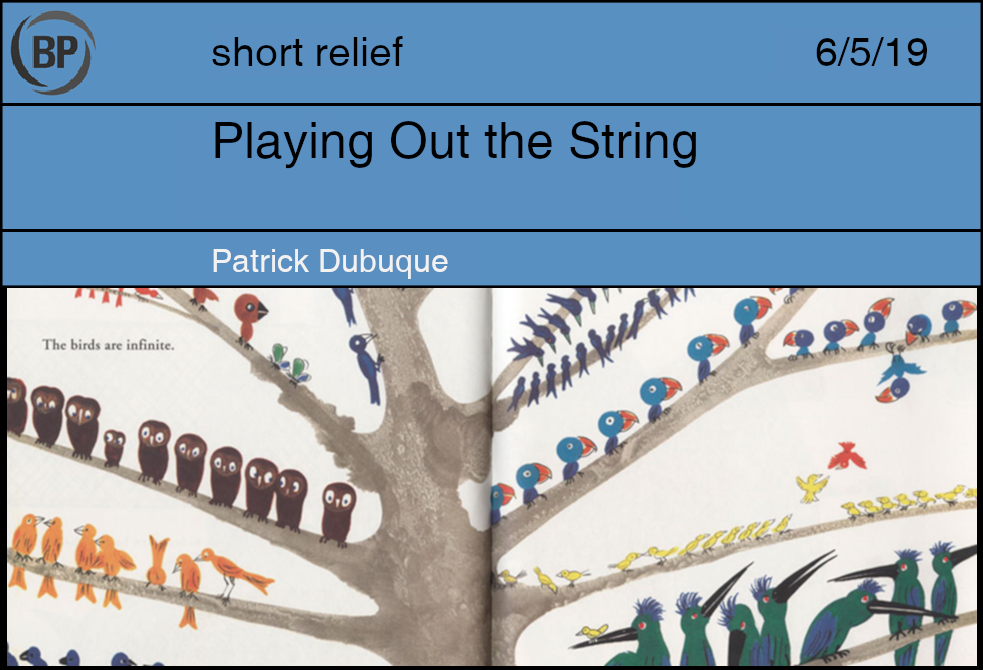 There are so many places where there is not baseball. There are the early morning bike paths, teeming with rabbits and tree roots, where dreams hide within the quadriceps tendons as each small hill rolls into view. There are the choir lessons in the church annex, where your daughter and seven other less adorable children circle and sing something akin to “Yellow Submarine” as though repenting for a some forgotten sin. And then, on the final stretch, head muddied with fatigue, comes bedtime: A symphony of toothbrushes and floss and band-aids played badly, tired orders ignored, Shel Silverstein poems about goats and garbage and swings and death, each night a part of an invisible Ripken streak. The 0-4 games count, you tell yourself. You just have to be there.

Bedtime reading is very much baseball, however: so many names, so many stories, an overriding pace and cadence. Goodnight Moon is a Greg Maddux inning: unhurried, rhythmic, inevitable. Morris the Moose is a Reds game; the story’s no great shakes, but so many colorful voices. And then there’s Zoo, by legendary Italian artist Bruno Munari. Zoo is a mainstay of the rotation; my son loves animals, and the book provides them, colorful full-page portraits, each with a single sentence of dialogue as a dash of salt. And so I have read this page, in my Bruno Munari voice (largo, baritone, slightly clipped consonants), a hundred times: 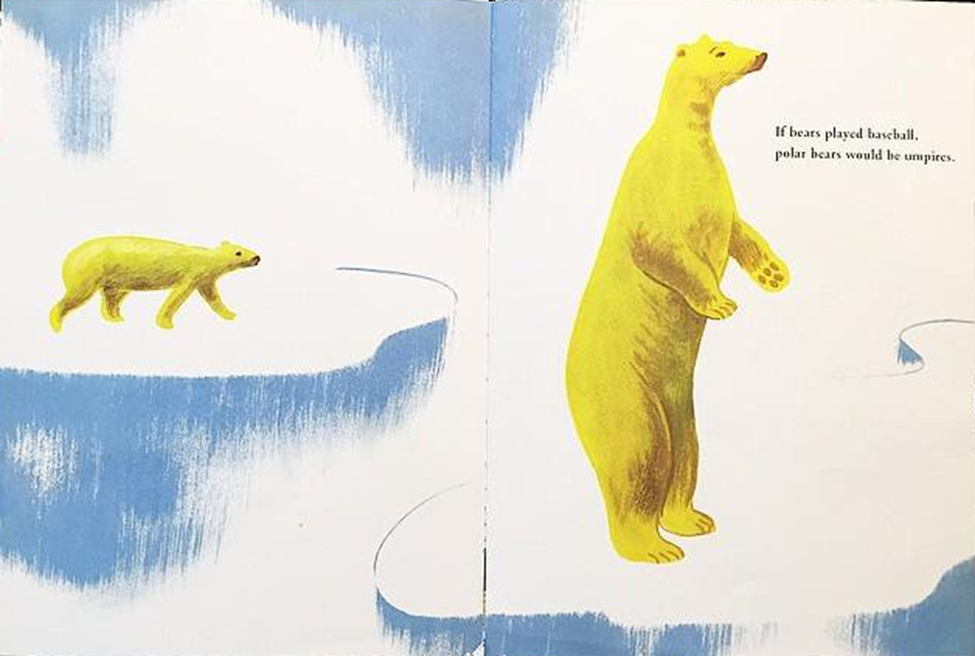 “If bears played baseball, polar bears would be umpires.”

I have read these words, because they are in a book, and you read books aloud. I have read them, but I do not know what they mean. I don’t even know: is this supposed to be a compliment to the polar bears, a credit to their instinctual ethics? Or are they meant to stand there while the other bears have fun playing baseball? Is Bruno Munari telling us that polar bears are cops? And if so, what is it, what bearness locked within polar bears renders them particularly fit (or doomed) for this particular service? Is this an illustration of bear racism? Wouldn’t polar bears, based on their habitat, be the least suitable of all bear races to be acclimated to the game of baseball and how it’s played? Why would the bears, even given the level of motor skills necessary to play baseball in the first place, not tend toward a sport that better suited their natural build and play-style, like bear rugby or martial arts? Would polar bears be stuck judging those, too? And what would bear baseball even look like? Would it be the opposite of vampire baseball, where the players lumbered —

0-4. Another game started. Back at it tomorrow. 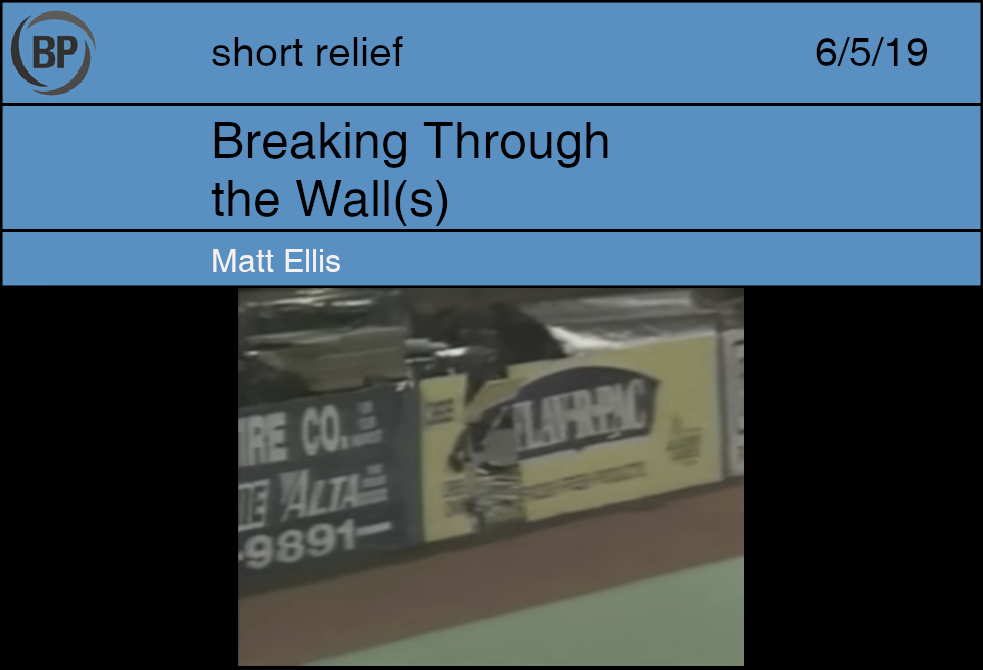 This guy’s son was drafted yesterday, by the San Francisco Giants, with the 87th pick in the draft. By now most people reading this have probably seen this video, popping up as it does in various off-season MLB Network “Best-of” videos or during the “BASEBALL BLOOPERZ!”  break between the top and bottom of the third innings at your local ballpark. It is, ultimately, another chapter in the strange affective experience of the 2010s, when our pop images which used to circulate wordlessly on the early forms of web 2.0 begin to amass their own history, when time has accumulated enough that the universal slowly starts to give way to the gradual.

The weirdest part of this to me, though, is remembering that Rodney McCray’s infamous reverse-Kool-Aid-Man routine took place in Portland, Oregon, on the very same field that today’s Portland Timbers call home. Despite the fact that the city is currently one step into trying to bring another big-league club to the Pacific Northwest, I today still cannot think of a better metaphor for baseball in the city that I grew up in. This is a city that loved their PCL Beavers through the better half of the 20th Century, then slowly watched the commodified minor leagues of its later decades give way to “Rockies” and other less-than-stellar instantiations.

It’s common knowledge that Portland’s above-ground train system–the “Max”–was built in the 1980s following a series of highway revolts that contain much of the city’s troubled racial histories: in short, guess who got mad when they were going to build a highway in their neighborhood instead of the other ones. Nevertheless what is less known is that one of Portland’s technocratic solutions was to dig up the very same rail lines then buried in the asphalt which were used to connect the then-near suburbs to the baseball park in Northwest Portland. They tore that park down in 1956 and built the stadium where Rodney McCray famously flew through the wall, and that, as they so often like to say, is History.

McCray’s son–Grant–seems like any other typical baseball player drafted in the high double digits: possible upside, a vague, if tenuous connection to some minutiae of baseball history during his lifetime, and a support system that not only got him to this level but provides a possibility to help him weather the storm that is Trying To Make It In The Bigs. Drafted in the third round with the 87th pick, the junior McCray has around a 30% historical chance to even make the majors, let alone sip more than a cup of coffee, which is precisely what his father did.

But in a strange way, his father is now known for much more than what could have been than with a metaphor of what was, in a city that didn’t quite know what to do with its minor-league baseball team in a decade that saw it quickly transition from Seattle’s younger sibling to booming tech economy. I wonder what wall-breaking moment Grant might find, if the walls his father quite literally broke through will be available to him, and if the process of breaking through the walls will indeed give him anything more than a sore wrist and dizzy constitution. 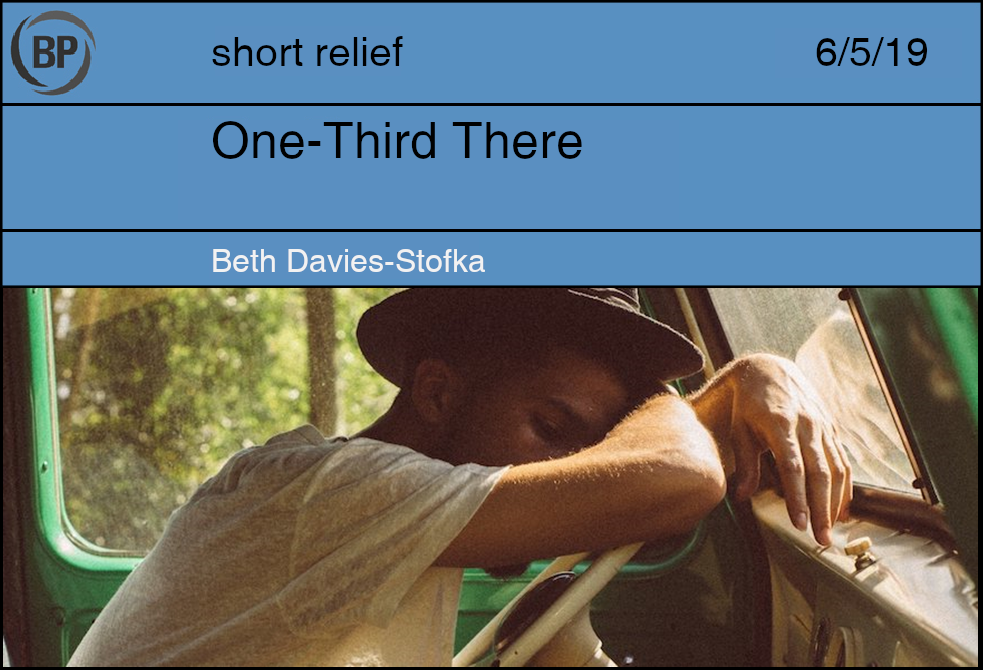 Those familiar with anxiety disorders know that an attack doesn’t always involve a racing heart or racing thoughts. Your hands don’t necessarily get clammy, and your breathing might not even get all that shallow. These things certainly do happen, and it’s pretty scary when they do, but sometimes, you just dissociate. Wherever you are, you just stop being there. It happens to me in the car. Parked at the grocery store, the library, even in my driveway, I’ll start to feel paralyzed. Then I’ll space out. I don’t know where I go. My body is still in the car, but I’ve left. I’m just…gone.

When this happens, I play simple grounding games. List the starting rotations for every team. List the starting shortstop and second baseman on every team. If I’m desperate, I make it really easy and list the teams in the order of their standing in the division. This always works. My consciousness always comes back from wherever it went, and I’m here again, in the present, getting in and out of my car like a normal person.

Last week, stuck again, I was more disordered than usual so I needed something very easy to do. You need just the right level of difficulty, you see, because grounding is supposed to hijack your thoughts and return them to the present. The easiest thing I could think to do was list all teams by division. I also decided to find a little something I could say about each team. I wound up with the following list of dissociated bits and pieces. I think it works as well as anything, as a roundup of the first third of 2019.

About the time that I got to the NL Central in this game, I was relaxed. I was smiling. I got out of the car. Only then did I allow myself to see who I’d missed. Oh yes, the Tigers. No wonder I forgot.