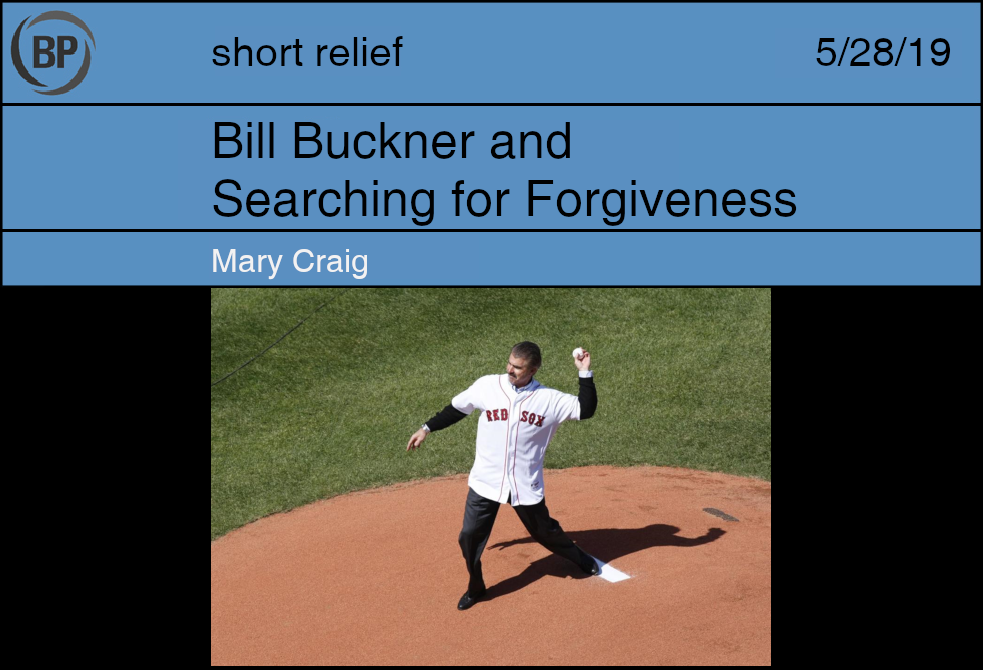 Life is more or less a series of mistakes, and atonement for these mistakes. Some are so miniscule that forgiveness is a foregone conclusion. Others are so damaging and irreversible that asking for forgiveness seems foolish no matter how many decades have passed. The closer we come to the end, the more heavily our mistakes weigh on us and the more dire it becomes to both grant and receive forgiveness.

Some instances of forgiveness are so deeply personal that to onlookers, it would seem utterly foolish to forgive, but to those involved, forgiveness is the only available course of action. In these moments, forgiveness occurs on the basis of who committed the action rather than what was done. Then there are those actions that affect a great number of people, public or political actions, the ramifications of which are passed down through generations until they come to define both the perpetrator and victim. As each generation comes of age, they assume responsibility for the actions of previous generations, and the act of atonement becomes central to their identity as a group. These quests for forgiveness are often more complex, lengthy, and arduous than those of the individual, with the end goal remaining obfuscated until it is finally reached.

Since the 1986 World Series, Red Sox fans have been a part of this public search for forgiveness. The first attempt occurred in 1990, when the Fenway crowd gave Bill Buckner a standing ovation on his return to the team as a free agent. It was unclear whether the crowd was asking for forgiveness, however, or granting it to Buckner. And so the years passed and young Red Sox fans learned the lore of Buckner’s error and all the pain that came with it. Then 2004 happened, and the Red Sox were no longer perpetual losers. And soon after followed 2007 to prove that 2004 was not a fluke and would not begin 86 new years of failure. There was no longer a need to bury ourselves in pain in order to derive our identity, and the wounds from ‘46, ‘67, ‘75, and ‘86 dissipated.

So Buckner returned to Fenway as a guest in 2008 for the first time since 1990. He threw out the first pitch to a two-minute standing ovation from a crowd that had finally figured out victim and perpetrator. When asked about his appearance, Buckner replied that he had forgiven Boston for all it had put him and his family through. He never returned to Fenway, but his chapter had ended.

With his death 11 years later, it seems like the Red Sox’s chapter has reached its natural conclusion. But it’s not so easy. The legend of Buckner and his poor treatment at the hands of fans and media will continue to be part of Red Sox history, and each new generation of fans will have to contend with its lessons. Perhaps only when there is no longer the possibility of another life reduced to the object of bitterness and vitriol will the Red Sox have earned Buckner’s forgiveness. 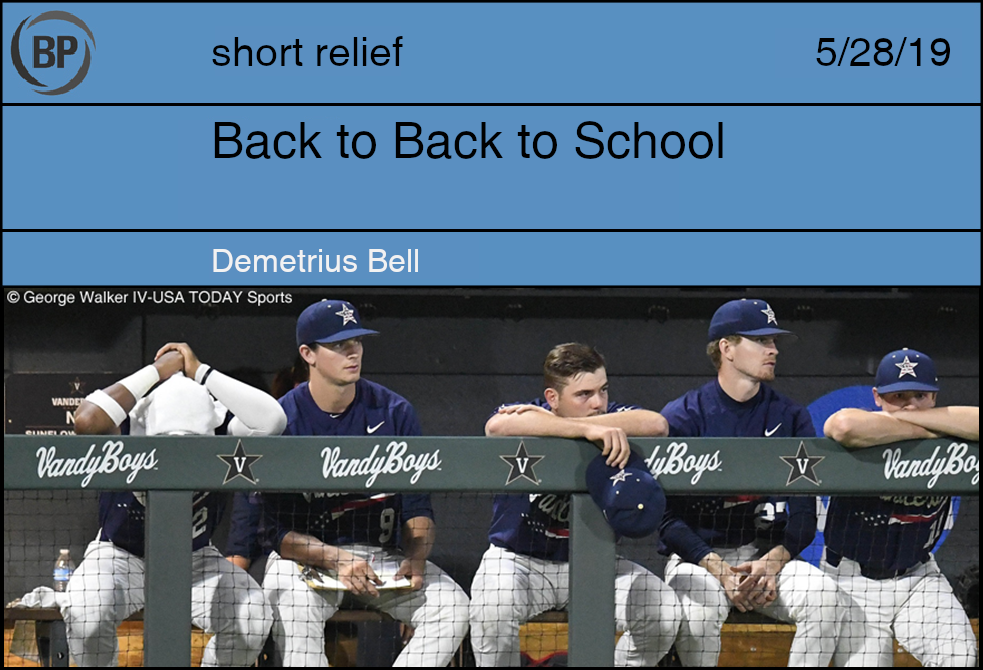 Memorial Day weekend has come and gone, and while it’s an important checkpoint for the first half of the season in Major League Baseball, it’s an even bigger checkpoint when it comes to college baseball. Over the holiday weekend, the bracket for this year’s tournament was revealed and the road to the College World Series in Omaha has officially been mapped out.

It’s an exciting time! If you took my advice way back in late February to at least keep an eye on the college game, then you’ll agree that it’s been an interesting ride since February, and things will only go up from here as the college baseball season eventually reaches its crescendo with the College World Series next month. Again, I implore you to give some of your attention to late-May Madness because there’s a chance that you are going to get some of the most entertaining and passionate baseball that you will watch at any level.

The best example that I can give you actually comes from last season, when the Mississippi State Bulldogs made an improbable run to the College World Series and did so in incredibly dramatic fashion. They lost the first game of the tournament to Oklahoma 20 (yes, twenty) to 10, and then they had to win four straight games over three days — including a ninth inning comeback against Florida State, a one-run victory over Samford and then two consecutive wins over the same team that scored 20 runs against them to start the tournament. That was just to get out of the Regional round.

The Super Regional from last year that the Bulldogs staged against the Vanderbilt Commodores is legitimately in the running for being remembered as the greatest Super Regional ever played. They split the first two seesaw games with walk-off wins, and then the decider went 11 innings after both teams scored three runs in the ninth inning. It was wild, and Mississippi State barely survived. Even speaking to you as a State fan, it was a shame that someone had to lose that Super Regional since both teams put on an amazing show and effort over three nights in Nashville.

While I don’t have the cosmic powers to guarantee that you’re going to see anything as dramatic as Mississippi State’s run to Omaha in 2018, all I can do is tell you to follow whichever school catches your eye and hope that they can deliver even a fraction of the drama and entertainment that State gave me as a baseball fan last season. Even if it doesn’t reach that level, you get to watch playoff baseball in the middle of the summer and you absolutely can’t argue with that. It’s time to go to summer school and class is going to be in session before you know it.