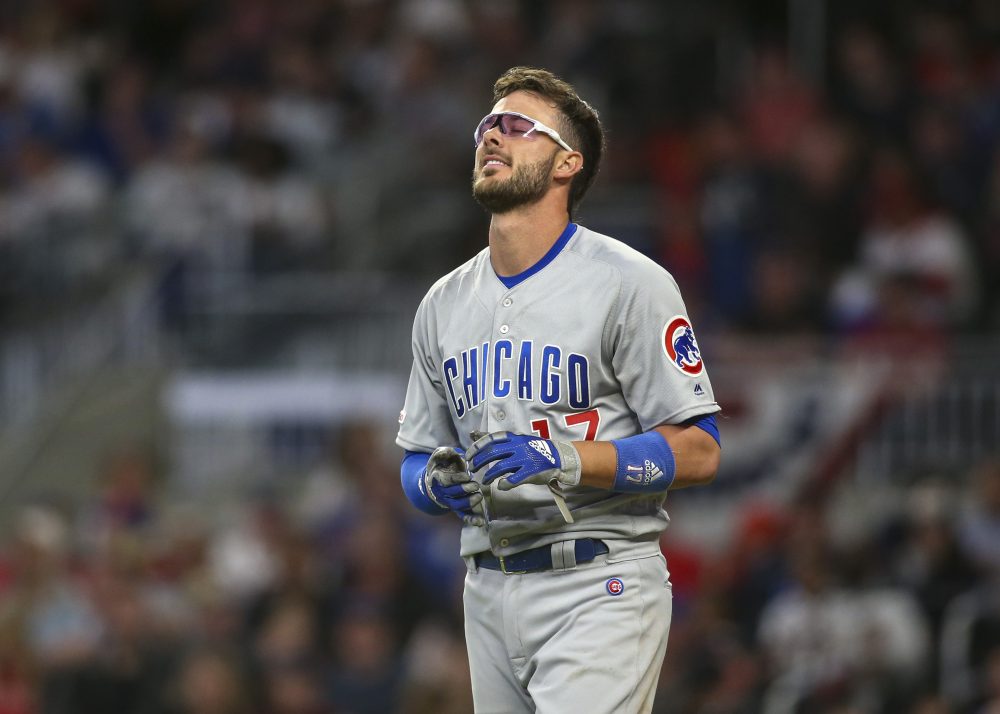 One of the absolute worst things about the beginning of any baseball season (aside from the continuance of Matt Vasgersian’s never-ending quest to call each and every minor leaguer “property” of a major-league team), is that we’re all beholden to the season construct: an arbitrary endpoint, albeit an important one. We love to pore over every piece of data available to us — and rightfully so — it’s just that all the data is tied to this season, and only goes back so far when Opening Day remains visible in the rear-view mirror.

This is the small-sample-size dilemma, one that many of us were weaned on when it comes to learning about sabermetrics, and one that seems increasingly forgotten (or at least ignored) in the ever-widening search to identify a micro-trend before anyone else does. It’s also ignored in larger order, basic metrics like, say, win-loss records.

It’s true that wins and losses in April matter as much as wins and losses in September. The difference is in how much time each team has to make adjustments, or regress to their natural talent level. For some teams that return to form will never come, but for a good many, whether it’s regression up or down, it’s just a matter of time.

The thing I say most often to friends who engage with baseball on a more casual level is that “it’s a long season.” It’s a natural deflection intended to avoid overreacting to any individual outcome in the moment; and it’s also something of a threat — many of these friends are Nationals fans, and I am just trying to make them miserable. But it’s also a truism.

The Cubs are 4.5 back with 154 to play, if you feel like playing that game

None of this guarantees that either of these teams will continue at these clips, much less make the playoffs or win their divisions. PECOTA famously thought poorly of the Cubs in the spring, with significant disdain concerning their pitching depth … which has been pretty great thus far, with Jose Quintana looking sharp, Cole Hamels’ continued revival, and Jon Lester refusing to age. Pitching is finicky and can change drastically with an injury, but if the Cubs were going to prove PECOTA wrong (and they would tell you they are and would) this is how I’d expect it to happen.

While the community of people who are thrilled to see these two teams course-correct is likely limited to Cubs fans, Red Sox fans, and people who sell ads on nationally televised baseball games, the reason you’re reading about it under this column header is that they’re two data points in favor of calming the hell down about the beginning of the season.

Russell Carleton addressed the question of when we can start buying into a team’s run differential (rather than win-loss record), and it’s a good measurement to use because run differential is a better predictor of how a team will perform than is a win-loss record. The answer he arrived at back in 2014 was that a team’s run differential at the 70-game mark would give us a good idea of the true talent level of that team, which means even in mid-May we’re still well short of the point at which we can make substantive, objective claims about these teams.

It’s a long season, and we’re naturally bad at understanding how randomness injects itself into our lives and into our baseball seasons. We seek out patterns and assign meaning, even when we know better — when we know that those patterns can’t achieve significance yet. And we often misunderstand what significance can mean in these contexts. Just because a statistic is stable, does not imply that it’s predictive, but rather merely that the information gathered in that time frame accurately reflects the events that happened in the sample. The past is often prologue, but that doesn’t mean we should ignore the larger context of historical performance in favor of this new, stable data set.

The point being that even when your favorite player or favorite team earns their positive or negative performance — when all the metrics say, “Yes, you can believe these stats” — that doesn’t make them an indication of what’s to come.

The Red Sox were truly, obviously bad to start the season. It wasn’t bad luck, by and large, that they lost baseball games. They lost because they looked and played like crap, and that’s surely cause for concern. But given the underlying talent level and the small sample of games with which we’re dealing, it wasn’t reasonable to say the sky was falling on their season. They dug themselves a significant hole because Tampa Bay and New York are also quite good, and it’s possible that bad start will stop them from making the playoffs — they were 4.5 games back of first place when I made my tweet, and they’re four games back now.

While Russell found that the 70-game mark was a good landing spot for identifying the true talent level for run differential on a baseball team, he also found that within a given season the 40-game mark (or so) is a reasonable spot to get a sense of what things will look like at the end of the year. So while the worst thing about the beginning of the baseball season is the rush to find the signal in the noise (and the creation of more noise in the process), the best thing about baseball this week is the end of the beginning.

Here's the Chipper/Boog story in all its glory. Great work by the production crew to have the video ready. pic.twitter.com/lt0IAuoaqZ

You need to be logged in to comment. Login or Subscribe
Cameron eadie
I don’t get a chance to watch a lot of baseball. Thanks for keeping me abreast of the MLB streaker policy.
Reply to Cameron
Greg Weber
I really enjoy these columns Craig and would like to see it twice a week if possible.
Reply to Greg
Craig Goldstein
Thank you, Greg. I will work on bending the space-time continuum to produce a weekly column twice weekly ;)
Reply to Craig
Greg Weber
You don't need to go that far; Part 1 on Tuesday, part 2 on Friday. And not every week, just when needed.
Reply to Greg
Michael McKay
Story on the Pujols ball is awesome -- THANK YOU for sharing, and full respect to the fan!
Reply to Michael