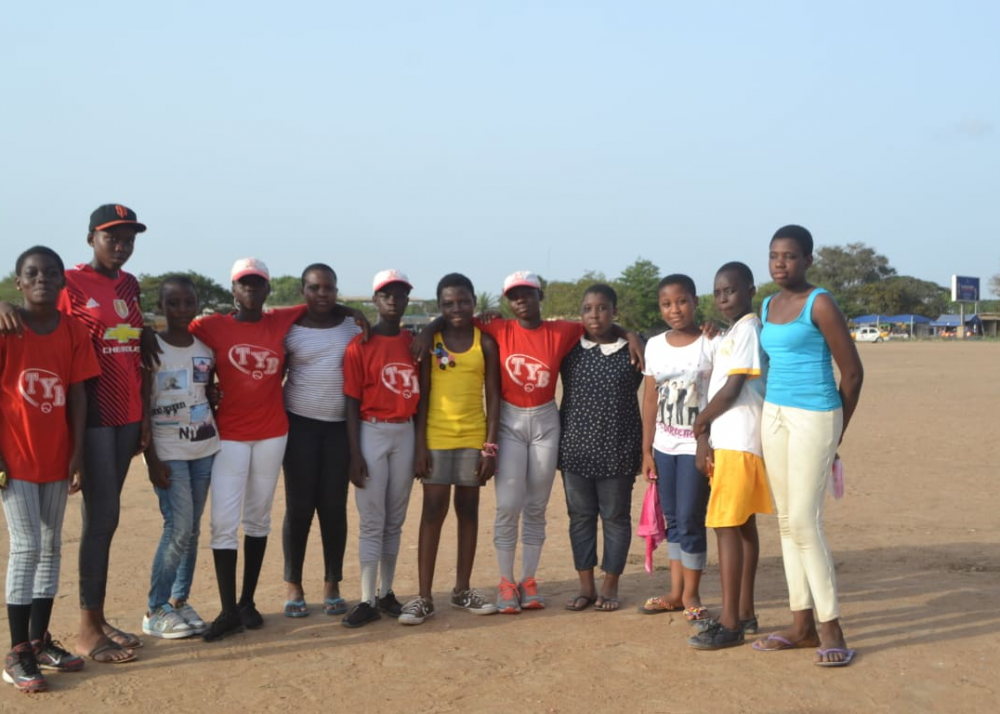 The year is 2017: Imagine your standard baseball field where local young boys show up once a week to attend practice: spending time learning the rules of the game, exercising, laughing, and hanging out with friends. There you will find Clara, the little sister of one of these young boys, who comes along to practice and watches them run through their drills. As the boys disperse, she asks if she can play with the boys next time. The coach tells her that he has never heard of a girl playing baseball; softball is for girls and baseball is for boys. Clara comes back and asks if she will be included. The coach tells her that she can’t play. Every afternoon, Clara returns to watch, to ask, to be denied, until one day the coach finally acquiesces, letting her field ground balls with the boys. When it is her turn, she picks the ball cleanly and throws it in with precise, studied mechanics. Clara made the team, and then she invited a friend. The next year the community had six girls participating.

Maybe you’ve heard a similar story in your local newspaper. Why is this one different? Because it takes place in the city of Tema in Ghana, Africa. 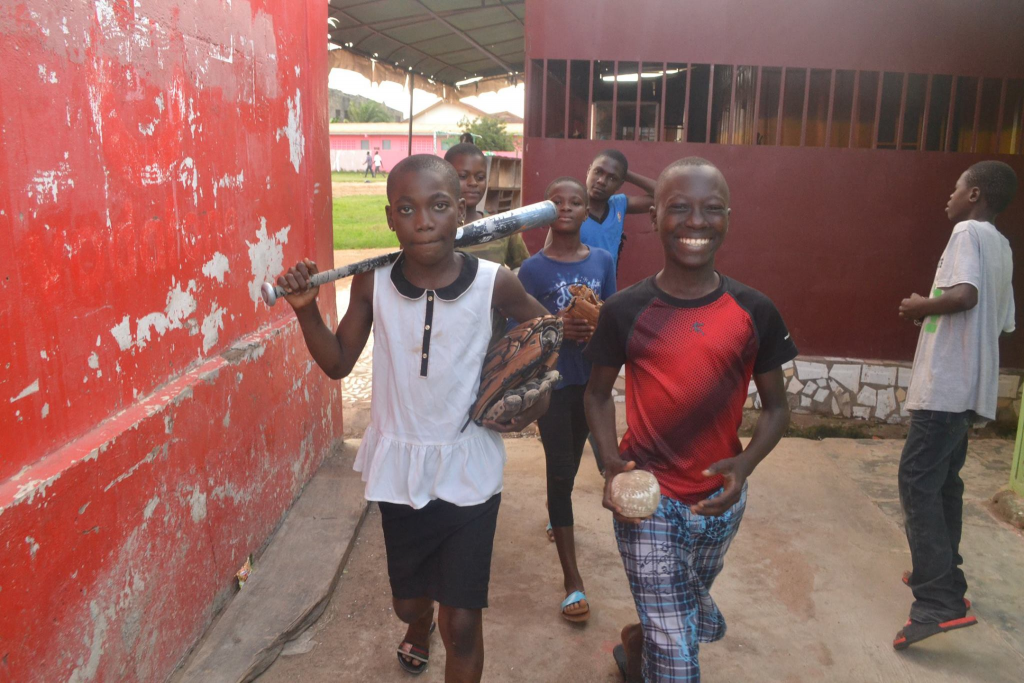 While soccer is the premier sport in Ghana, baseball programs are becoming more popular each year. Like the sport in her country, Clara and her team are young, and play in a community where they compete against all age levels — indicative of a smaller pool of players, but also necessitated by a lack of equipment. Three different teams in Clara’s community pool their gear, and there aren’t enough gloves for everyone to have one to use at once. When it’s time to play catch during warmups, the players race to the pile of leather so that they have the first chance to play, like a game of musical chairs; leaving the others to wait their turn. Often the players share gloves, bats, pants, and even shoes. Clara’s coach, Victor, mentioned that many times before practice he spends time restitching baseballs or stringing gloves — there are no sporting goods stores for Clara or her teammates to buy their own — so that they will have as much equipment available as possible. 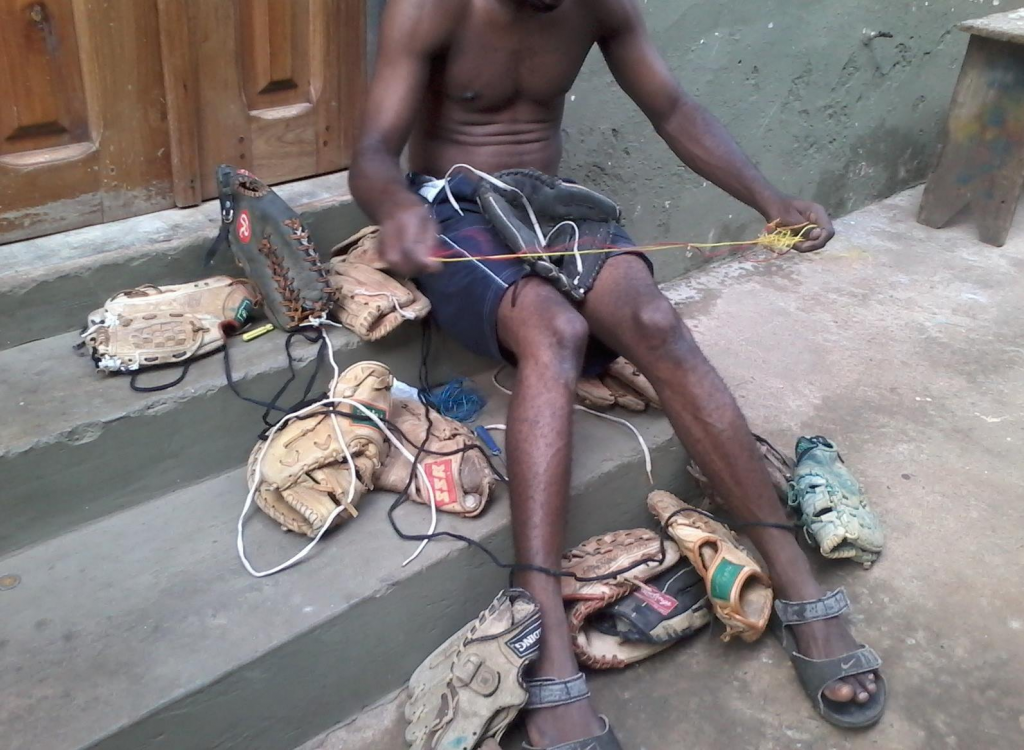 The field locations are not like the fields we see in our hometowns. Many of the youth fields are dry, packed dirt with no grass to speak of, no real mound, and bases made of thin, flat rubber. Sometimes the space is shared with other sports or community events. It is a sharp contrast to the fields or ballparks in the US, which are often designed specifically for youth games and leagues, featuring manicured grass and straight, chalked lines — amenities we often take for granted.

Baseball is growing in Africa, where teams have formed in Benin, Burkina Faso, Côte d’Ivoire, Kenya, Uganda and a few other countries, but it is still a world away from the structured youth leagues that dot our local communities throughout the US. Because there are so few teams within each Ghanaian community, they are forced to play games against other age groups, teams from other nearby communities, and even other countries. 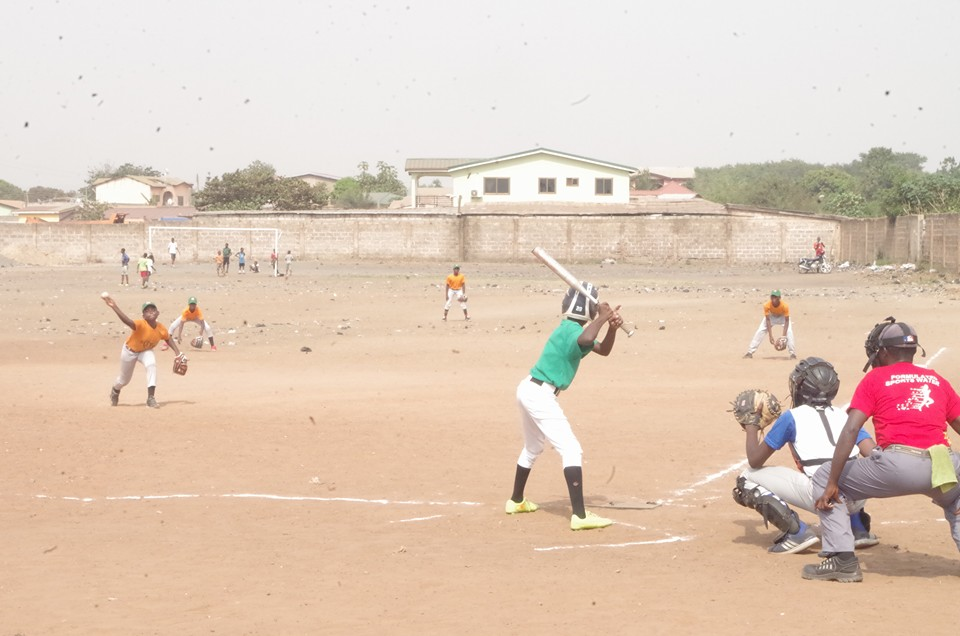 The game of baseball is growing and diversifying every day. The Ghana men’s national team competed in a pre qualifier tournament to determine which teams earned the right to play in the Africa Cup Olympic Pre Qualifier, held in South Africa on May 1st-4th 2019, and represent Africa in the Olympic Qualifying tournament. Unfortunately, Ghana didn’t advance, giving up twelve unearned runs in their contest — but they will tally points for playing in international matches, and build on the experience for the future. Even countries go through the pains of being an expansion team.

Back in Tema, each time I speak to Youth Baseball coach Victor Buxton, he tells me another girl has joined his team. He provided the following photo of the group of girls who are participating in his youth baseball program. It is his hope that they will eventually have their own team, but first he needs to find a way to get enough equipment to make that a possibility. 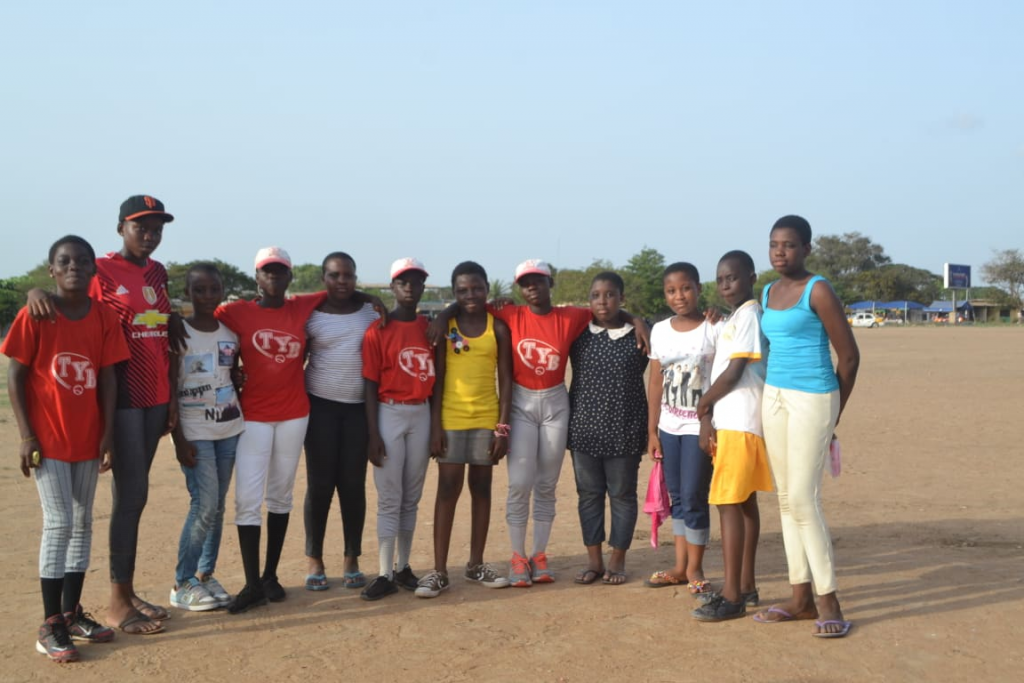 My dream for these  girls is that they continue to play baseball if that is their desire. That they are no longer told that they’re not allowed to play, and that they do not listen when they are. These girls belong in the world of baseball simply because they enjoy playing the game, and the world of baseball should belong to them right back. And maybe that’s the ultimate contrast between youth baseball here and across the world: American youth baseball has become consumed by the idea of getting ahead, of carving out advantages in development and scouting to achieve some greater, adult purpose. Youth is development, and development is so easily commodified. It’s a problem, but it is not these children’s problem.

These kids want to play baseball, but it’s so different from the Baseball (capitalized, trademarked) we conflate the lower-case version with. They just want to be able to physically play baseball, have the tools and the opportunity to get onto the field and run around and have fun. When they are old enough, I hope they have an opportunity to put on a uniform representing their country in the Women’s Baseball World Cup. Baseball is a game for anyone who decides they want to play. Let the kids play.

If you are interested in helping Clara’s community teams, Kieran Lovegrove has co-founded an organization that works to provide baseball equipment throughout Africa.

You need to be logged in to comment. Login or Subscribe
deadheadbrewer
Best article on BP in weeks! With tears in my eyes, I'm heading to the funding page, and am hoping that someone with far more means than I have has read this and is preparing an enormous shipment of equipment.
Reply to deadheadbrewer
Greg Simons
As I was reading through this article, I was hoping to see something at the end about how to help out. Fortunately, there was such a link, and BP readers stepped up and helped make their fundraiser efforts successful.
Reply to Greg