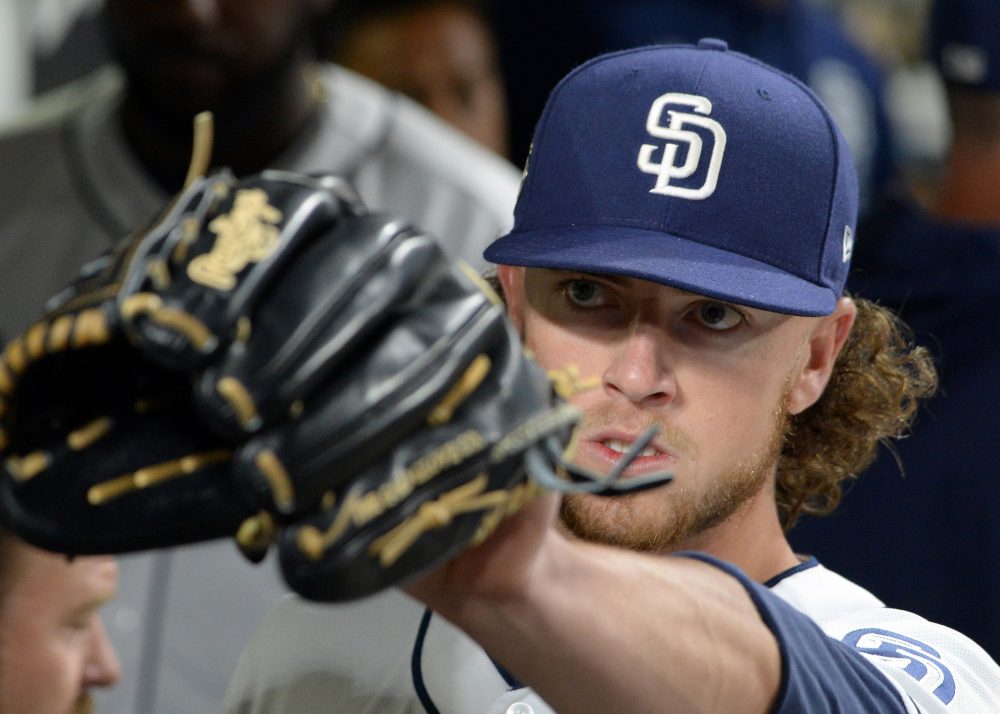 I’ll tell you coming into this that I am biased, though perhaps not in the way that you think. I’ve lived my whole life on the east coast, mostly in and around Washington, DC, but with a quick sojourn up to Massachusetts. So, when it comes to west coast baseball, you might think that I, like many others, struggle when my favorite team travels west and the start times for games begin after primetime. But, as mentioned in the first article in this series, I’ve been a Dodgers fan my whole life (blame my New York-born father), and have rarely known anything but 10:05 pm start times and games dragging into the early morning. Has this been a major factor in my ideal schedule being one where I can go to sleep at 2:00 am and wake up at 10:00 am? I choose to blame circadian rhythms rather than investigate further. I know, though, living on the east coast as I do, that when teams travel west it is a cause for grumbling more than anything.

I am here to tell you: that is so very wrong and this last week has shown us why.

As a habitual late-night person, the company of a west coast game has always been appreciated. The best broadcasters have always welcomed their audience into the booth for a conversation or a story about the game we all love and having those warm voices narrating a story as the white glow of an empty Word document stares back at me, has gotten me through many an article. The minutes after the last late game ends are unsettling and discomfiting. (Sure there is always a Frasier rerun, but the pacing just isn’t the same and frankly the dichotomy between Frasier’s high-falutin’ standards and boorish behavior can be distracting; plus there’s not enough Eddie.) No, there is something witching about the late hours of west coast baseball while living on the east coast; a placidity emerges. Others have gone to bed; you can hear the sounds of the house settling or the wind pick up, perhaps the gentle patter of rain on the windows; the traffic that remains becomes a hum of background noise as the play-by-play begins to pick up, linking arms to accompany me through the next three (okay, four) hours.

This might make it all sound like background noise, but it isn’t. These games provide the best opportunities for focus and inspiration, because our distractions have been put to rest. This last week served as nothing less than a feast; a cornucopia of high-octane matchups and even better performances. The Dodgers/Braves tilt on Monday opened with one of Walker Buehler’s best starts this season, but the real fireworks were in the ninth inning, as two of the games brightest young stars faced off.

Julio Urias was on the mound looking for his first career save, as Kenley Jansen had pitched the three previous days, and was facing down Ronald Acuña. The battle lasted eight pitches, before Urias froze Acuña on the inside corner with a perfectly placed (and I mean perfectly placed) 96 mph fastball. Check out the catchers’ target and where the pitch crosses the plate: 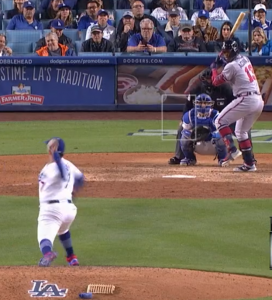 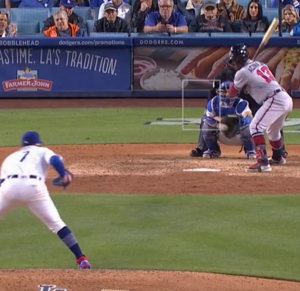 There’s some added fun to that particular pitch, as Urias flashed something he and Clayton Kershaw have picked up from Rich Hill by dropping down and showing a different arm slot. Here’s a side-by-side of Urias’ one pitch to Freddie Freeman and the pitch he threw to freeze Acuña:

It’s not just a one-off thing, either, as Urias has shown a predilection for mixing this release point in this year*, as shown in the image below provided by Harry Pavlidis: 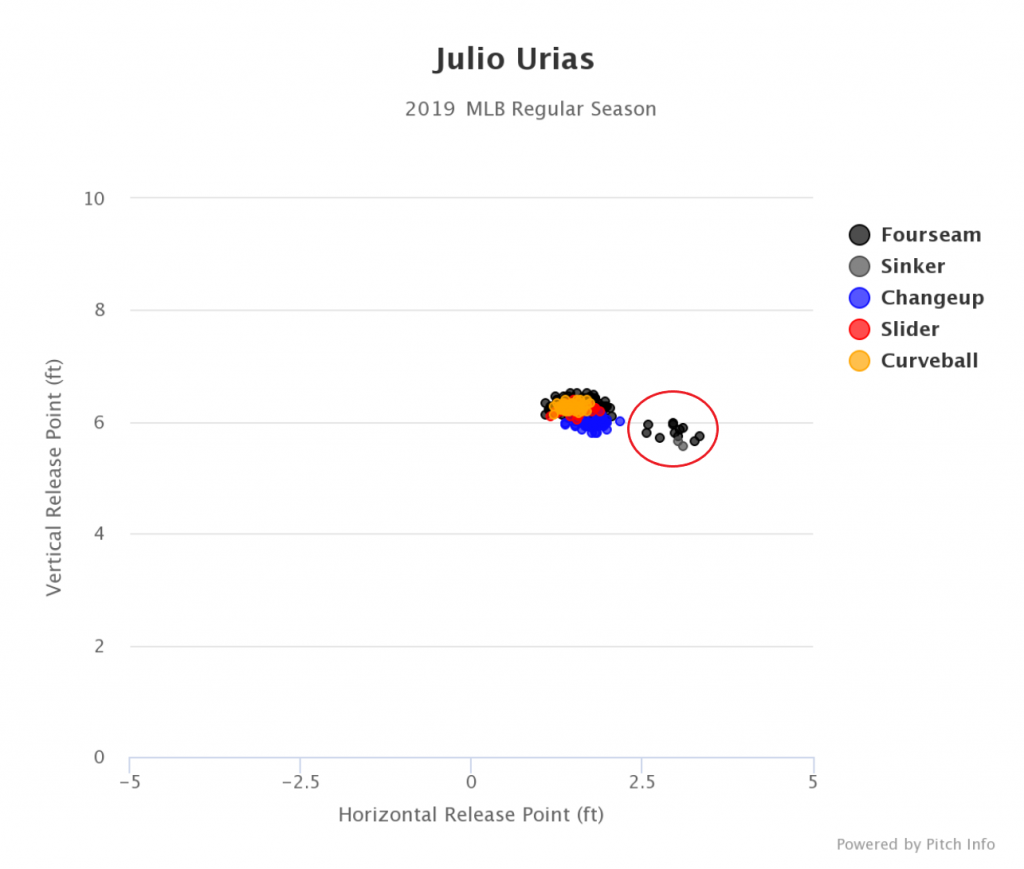 This was just an appetizer, though, to the vibrant flavors that the week in west coast baseball would offer. Not even. An amuse-bouche, to whet our appetites for what was to come and, oh, what was to come.

Chris Paddack has been a revelation this season, blowing away batters with his heater and making them look foolish with a changeup full of depth and fade. He pitches without fear, and that might be because he has none. Not only was he heading into a matchup with reigning Cy Young winner Jacob deGrom, but he upped the ante heading into this contest by taking aim at Rookie of the Month Pete Alonso before the game.

He followed it up by mowing down 11 Mets (including Alonso twice) over 7 ⅔ innings, outdueling deGrom in the process.

If this was an east coast game, I’d have missed half of it making or eating dinner, spending time with my family, exchanging oxygen for carbon dioxide, or some other non-essential life task. But because this took place in San Diego and started late enough that normal people with responsibilities have gone to bed, it was so easy to appreciate Paddack’s aggressive approach and, rather than mock the Mets (for once), sympathize with them for having to deal with his cavalcade of bat-missing offerings. It was simple to let the nuances of the sport surround me, to soak them in, absorb them, if I chose — or perhaps just guffaw out loud at the plain-to-see outrageousness of his stuff, unfettered by the bits and bobs of life that might otherwise creep in.

The reigning NL Rookie of the Month didn’t dwell on his rough outing versus Paddack. Showing a flair for the dramatic early in his career, Alonso came right back at San Diego with a 3-5 evening, including a game-winning home run off of Adam Warren:

Also, that bat flip tho:

Fiers Does It Again

If Urias and Acuña was the amuse-bouche, and Paddack vs. deGrom the entree, with Alonso’s homer as the side, the dessert was Mike Fiers proving lightning can strike twice. Fiers etched his name in history a second time, following his no-hitter against the Dodgers in 2015 with MLB’s 300th no-hitter on May 7th.

The cherry on top? Ramon Laureano’s pilfer of a home run from Joey Votto, preserving the no-hitter to end the sixth inning:

Look, these games and plays would all be compelling in their own right no matter where they were played. I’ve long held that anywhere but the coasts are the best places to be a sports fan because you’d almost never get morning start times and the late games end late enough to still accompany me and my nocturnal friends. People across the country experience these games, and every game, differently than I do. Most on the east coast don’t have the luxury that I do in terms of staying up to watch them. They have obligations that mean they have to go to sleep at a normal time. I lived that life and faced a nightly choice of watching my favorite team or actually feeling rested for once — it is a bitter choice, and one that I do not mean to tread lightly on. But because so many cannot enjoy the benefits of these late-night trysts with baseball, it is incumbent upon those of us that can to appreciate them appropriately. Sometimes, they’re boring clunkers and can be dismissed cursorily — an east coast specialty. For this week, though, the best thing in baseball was watching west coast games, on the east coast.

Bruh… he went straight for the heart! Too funny not to post.. always helps to have a sense of humor about things so shit like this doesn’t get to you but damn, I’m tryin!! 😩 #wouldratherhavetheticket #kickamanwhilehesdown #hegotme #getinthecagesyaya

Today the PawSox and former deaf Major Leaguer, @CurtisPride, unveiled special uniforms in sign language that will be worn on our Deaf Awareness Night, June 7. The press conference was held at @RISDEAF in partnership w/ @RITNTID. Pride is a current @MLB Ambassador for Inclusion. pic.twitter.com/r97yqPDZUT

No they aren't using a rover in this game too.