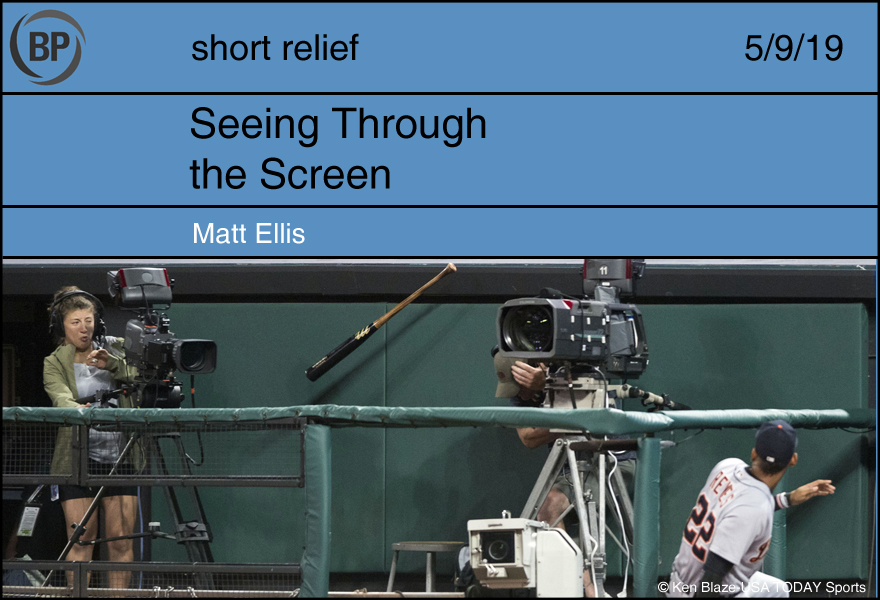 I’ve long thought that a decent amount of baseball’s charm stems simply from the fact that the shape of the field is unique, rhizomatic. And it’s strange, really: one might point to the fact that nearly every other “modern” team sport takes place in the same rectangular dimensions, featuring goals or “ends” on either side the teams drive towards like a battle simulation. From an aesthetic perspective, one might argue this actually produces something like a problem for baseball: it seems difficult to digitally or televisually represent a baseball game from one single perspective, like one might do for a basketball or football game where cameras are stationary and pan from left to right based on the movement of the ball.

Instead, baseball cameras are something like an inverse panopticon, randomly cutting across the space of the field to make sense of the game in an utter anarchic fashion. Beyond a formal problem for, say, a broadcast director, baseball seems to bring with it a myriad of possibilities for representing exactly what is happening at any given moment which could confuse the spectator, or change the meaning of what is seen. Think of it: a deep fly ball shot from a camera behind home plate might fool the spectator into imagining the ball is going out, while a camera angle set behind the left foul pole might expose the curve of the falling ball to clearly be landing well in front of the fence.

But the unity of a single camera’s perspective–reflecting something like the supposed “unity” of a single spectator in one seat–is still a myth. Within every supposedly “whole” shot are a number of possibilities, perhaps even narratives, hidden or revealed based on what is or is not within the frame. In what follows, I would like to illustrate this point by cutting into the image of Jonathan Villar’s grand slam in Monday’s Orioles/Red Sox Game, limiting each image to a single narrative that still convey the basic information–ball in play, run(s)–while limiting that which is outside the frame. 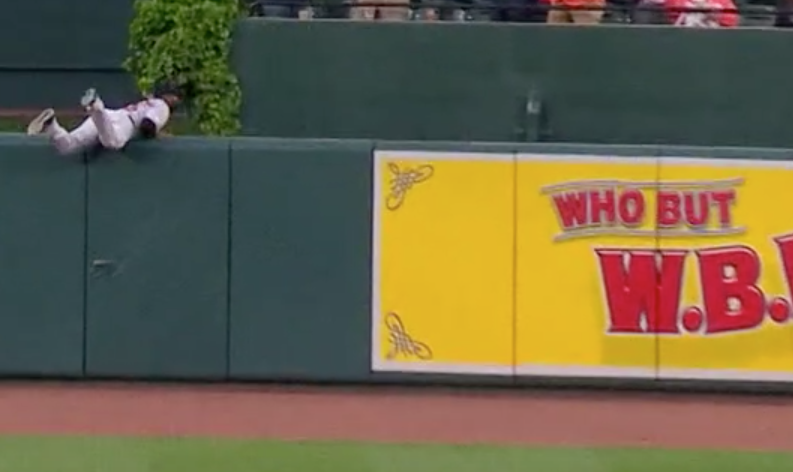 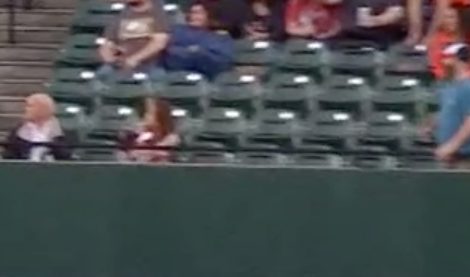 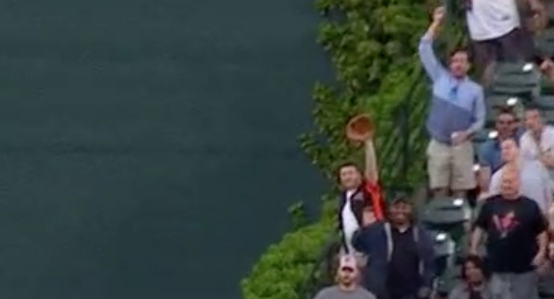 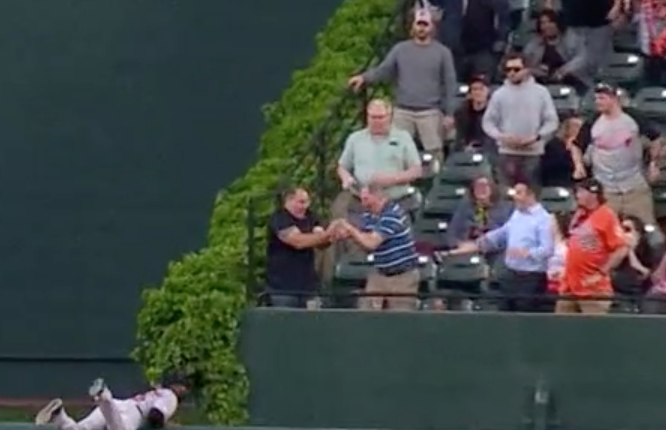 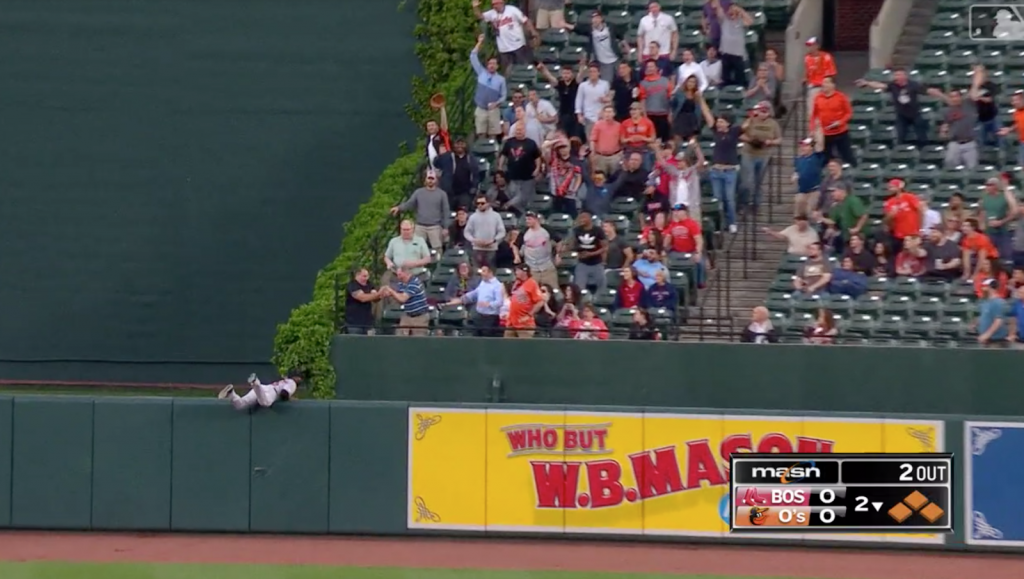 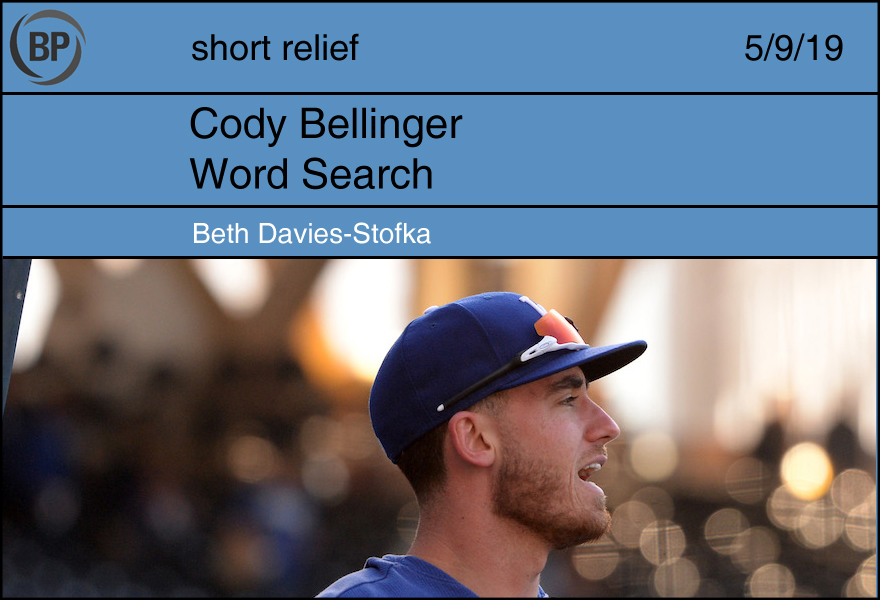 Cody Bellinger was pretty good in April. In the Word Search below, you can find nine reasons why I think so, plus one minor buzzkill.

Have fun! I will write a poem for the first person to post all ten solutions in the comments section. Your poem can be on any topic you like. 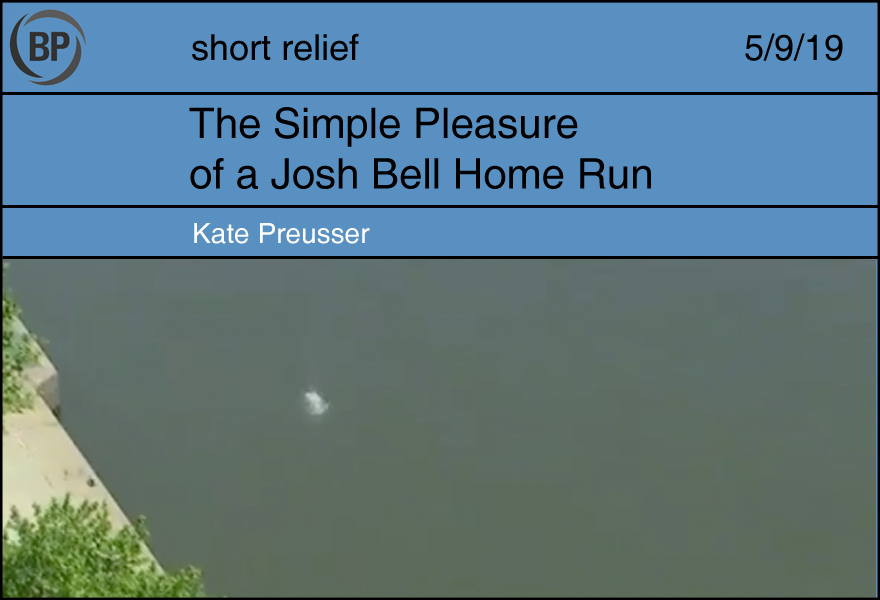 There is a large lilac bush in my yard, tall as a tree, and when it blooms it perfumes the air all around the house. The scent floats in through the kitchen, where I stand doing the dinner dishes, an easy sweetness that leaves a gauzy trail through the house. Not much today is easy, nor sweet, so I go and cut handfuls of lilacs, putting them in mason jars when I run out of vases. The work is easy, and repetitive, and pleasant; the shears snip, and the branch falls, the blooms releasing a rush of scent. It is a simple pleasure, and I am sad when it’s over, because it’s hard to come by such a thing these days: something that is free, and easy, and that does not bring joy on the back of anyone else.

Baseball is theoretically a game of simple pleasures–see ball, hit ball–and yet for many reasons it is not. Beyond the larger cultural implications and the way baseball reflects some of the problems of society as a whole, the economics of the game, there is one’s own fandom to be considered. The joy of seeing my team do well is tangled up with the inevitable agony of them not doing well, because baseball is a machine that never stops, the weight of expectations fulfilled and unfulfilled. The Shins were right, if a bit reductive: caring is creepy.

But I am not a Pirates fan, nor a Rangers fan, and so was able to enjoy this Josh Bell home run for exactly what it was: the simple pleasure of seeing a ball fly very, very far, farther than it seems physically possible a human with a piece of wood should be able to redirect a spherical object.

The sound of this! It sounds less like ball meeting bat, and more like a piece of concrete exploding on a sidewalk after being dropped from the twentieth story. It sounds like how finally accelerating your car on a wide-open highway after being tangled in city traffic for hours feels. All Pirates announcer Joe Block can say is “WOW,” in all-caps, which is the perfect thing to say, the only thing to say, a syllable that explodes from his mouth and takes flight alongside the ball. WOW.

And because I am not a Pirates fan, I didn’t have to watch the Pirates go on and lose this game, and have my simple pleasure in this home run disrupted by the knowledge that it was in service of a losing effort. I can remain in the moment alongside Joe Block, mouth agape, WOW the only sound, the scent of lilacs all around me.

Inspire
Speed
Shoulder
Lead in WAR
April MVP
Power
Contact
Young
Record
Thor
Reply to Shaun
Shaun P.
Sorry, it was nicely formatted with each answer on a separate line, but submitting the comment didn't preserve the formatting. But I think that's all ten.
Reply to Shaun
beth davies-stofka
Shaun, you are getting your poem because you are the only one who tried! But I'm still going to make you find all 10. You have 9, and I'll make the last one easy. It's not Thor, but you are so, so, so close.
Reply to beth
Shaun P.
I welcome the challenge!
Reply to Shaun
Shaun P.
And I think I have it: Authority
Reply to Shaun
beth davies-stofka
That's it, Shaun! The Authority of Cody Bellinger at the plate. I have been looking forward to writing your poem. What do you want it to be about? Do you want it on Short Relief, dedicated to you, or do you want me to send it privately?
Reply to beth
Cameron eadie
Still photos can contextually give different stories depending on panoramic vs micro or oblique vs parallel. Great observations Matt. Sometimes I park myself on a MLBtv game with few of my Scoresheet players so I can just enjoy the moment with out expectations . Good story Kate.
Reply to Cameron
Shaun P.
Hi Beth, this was actually a tougher choice than I expected.

Thank you again! This was a lot of fun.
Reply to Shaun
beth davies-stofka
Shaun, send your email address to me at revdrbeth@gmail.com. I'll write your poem this weekend. I think this was fun too. :)
Reply to beth