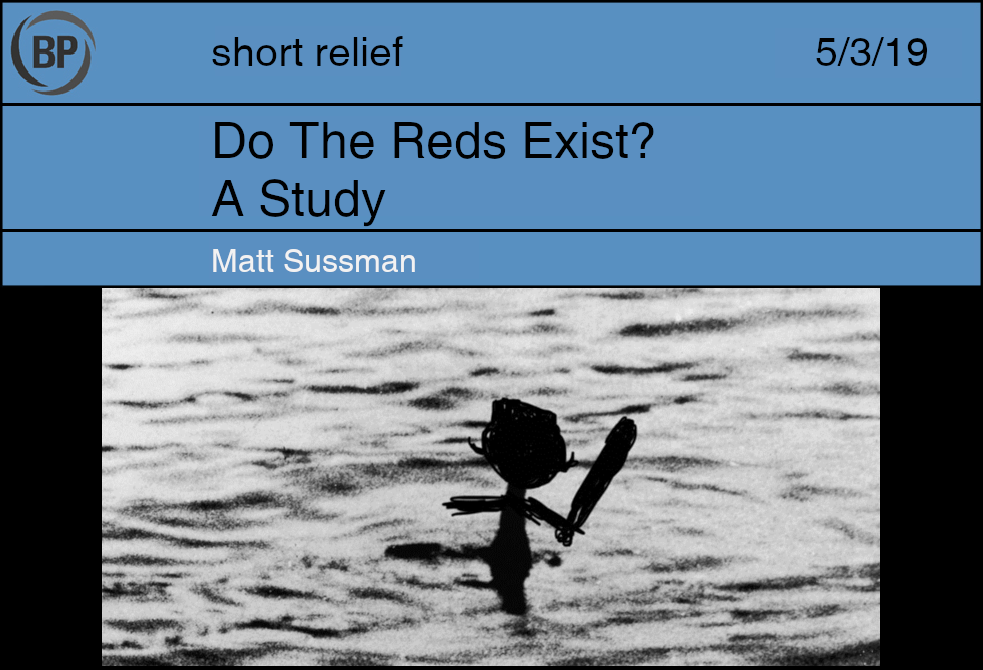 Conclusion: History books confirm the Cincinnati Reds were a baseball team in 1881 at the latest, but everyone associated with the team at the time was not available for comment. So we may never know the real answer. 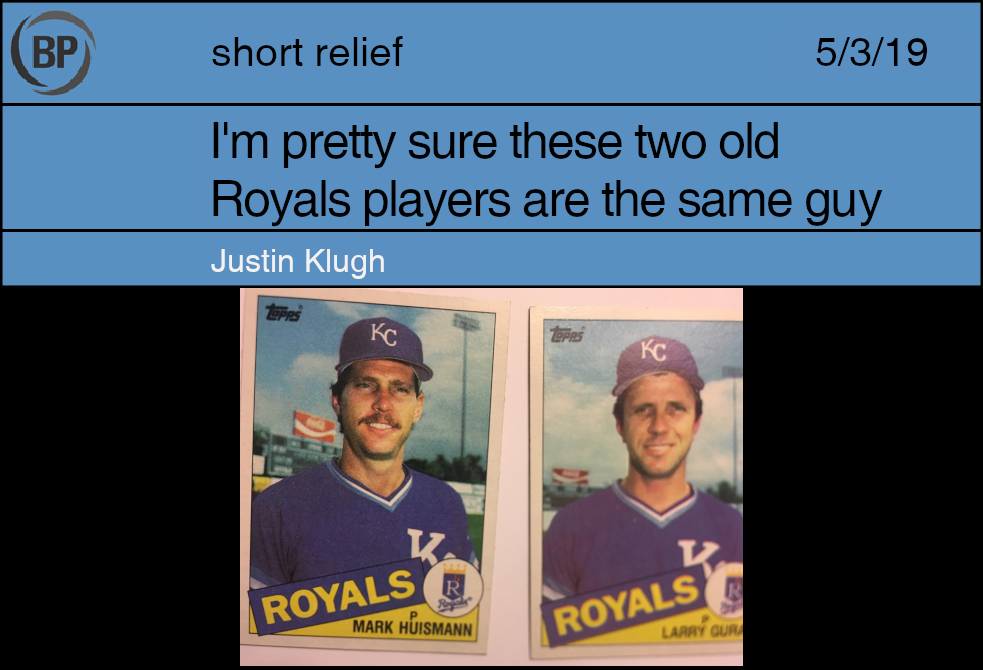 The differences are there, I can see that. Mark Huisman has a squarer jaw; Larry Gura has a taller head. Mark has a flatter brim on his cap; Larry’s nose is a little wider. Mark had made his big league debut in 1984; Larry had been in the majors since 1970. Mark has a Bachelor of Science in Business and Finance from Colorado State; Larry won an unofficial Olympic gold medal playing for “the team which represented the United States at the Olympic Games in Mexico City.” But I’m having a hard time convincing myself that Mark didn’t slap a fake mustache from a vending machine on and get back in line on Royals photo day in 1985. Or I mean, Larry did that. God, this is hard.

What keeps me up at night is, why? What is there to be gained by being a 14-year MLB veteran living a double life as a young hurler who would finish his career with a 4.40 ERA? At the time of this picture, “Larry” was 37 and “Mark” was 27, so perhaps he felt like he could gain back ten lost years from his life. But again, why? The past few years had been kind to Mark. I mean, Larry: He’d received Cy Young votes in 1978 and 1981 and was even an all-star in 1980, when the Royals went to the World Series.

Described by the New York Times as “slim” and “soft-spoken,” one motivation for Gura was possibly the motivation for most people who seek a new identity under cover of photo day, the same thing that has driven man to wear another man’s skin for generations: revenge.

You see, in when Gura was a member of the Rangers pitching staff in 1974, his manager, Billy Martin, traded him. In 1976, both men wound up on the Yankees, and again, Martin traded Gura out of town.

That day, when Martin bragged about how many times he would trade Gura is given the chance, the Yankees and Royals were playing game one of the 1976 ALCS. Gura, head full of soft-spoken steam, was facing Catfish Hunter. Hunter pitched all nine innings; Gura got through eight and two thirds. The main difference in their starts was that Hunter allowed only five hits and on earned run; Gura got smashed with 12 hits and four runs. The Yankees won the series and the AL pennant. Gura went home.

The next year, the Royals and Yankees would again face off in the ALCS. Gura would again appear, this time as the game four starter with the Royals up in the series 2-1, “a choice that Billy Martin had been wishing for,” wrote the Times.

“My only worry I have is that he doesn’t get hurt on the way to the ballpark, I mean in an accident or anything. Maybe I ought to send a bodyguard to his home,” Martin said.

In game five, Gura was brought in to hold a late lead and blew the save.

The next year, same thing. Same winner. Same home. At least Martin wasn’t managing the Yankees anymore. But something changed in Larry Gura in that time, however, and by 1980, he had a new reputation: Yankee-killer.

By the time Gura shut down the Yankees in the 1980 ALCS, his lifetime record against his old club was 8-1. In 25 career games against New York, Gura had a 3.10 ERA; the only team he faced a significant number of times and put up better numbers against were the Orioles. So who knows? Perhaps Gura was reinventing himself as Mark Huisman to stay in baseball forever and keep killing the Yankees; perhaps he was horrified by what he’d done and sought reconciliation as a literally new man. We may never know. For this game is full of mysteries, and even Billy Martin couldn’t solve them all.

You know I’m looking at these guys side by side again now and honestly they don’t look anything like each other.

You need to be logged in to comment. Login or Subscribe
Richard Garver
Ahaha haha - do the Reds exist? Hysterical! Now do the Cubs. You know, the big blue machine.
Reply to Richard