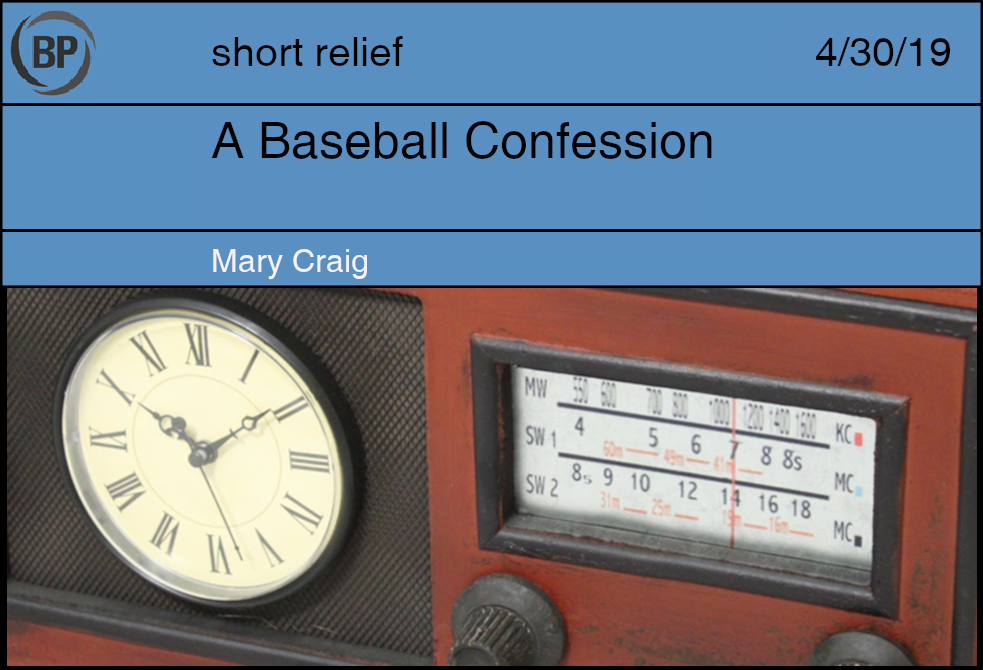 It’s a widely held belief that the best way to enjoy baseball is by listening to it on the radio. It best captures the timeless nature of the sport, narrating present day events while imparting the feeling of a lazy summer day spent sitting by the dock at your grandparents’ cottage. It provides the perfect accompaniment to long hours spent in the car on a cross-country roadtrip. It has a way of bonding itself to our favorite memories. Turning on the radio instantly drums up simultaneously senses of leisure and youthful adventure, before life became hours of staring at screens day in and day out.

It is with a heavy heart that I must confess: I don’t particularly enjoy listening to baseball on the radio. It’s not that the charm of doing so is entirely lost on me or that my hatred of Kars4Kids bleeds into the games. Rather, I’m much more a visual learner than an auditory one. I struggle to retain information while listening to things for lengthy periods of time. After about 20 minutes, voices begin to sound like the grown-ups from Charlie Brown and my mind starts to wander. I wish this weren’t so, but it is.

However, I spent the weekend travelling to and from a conference and so was forced to turn to the radio to fulfill my Red Sox needs. The first couple of innings of Thursday’s game and Sunday’s game were fantastic, I must admit. I felt more alive, more connected to the game while listening to it on the radio. But then my attention began to wane. As soon as an at-bat ended, I forgot the particularities of it. I couldn’t keep track of the pitchers, and I stopped attempting to do so. This problem was compounded by the fact that neither game was overly competitive, despite the box score.

When I watch lopsided games on television, there are so many more elements helping maintain my attention. I can study the particular manner in which Dustin Pedroia hops before a pitch is thrown or pick out noteworthy fans in the stands or focus on the vivid, eerily perfect green of the outfield grass.

Baseball isn’t just about the plays that are made. It’s thousands of tiny moments converging at just the right time to create something spectacular, or in many cases, something charmingly mundane. No matter how good radio announcers are, they necessarily fall short of capturing this baseball experience. They create their own experiences, of course, just like attending games offers a different experience from both radio and television experiences. But at the end of the day, it will always fail to satisfy the way I connect to baseball.

Or maybe that’s just what I tell myself to make my inability to learn auditorily more palatable. 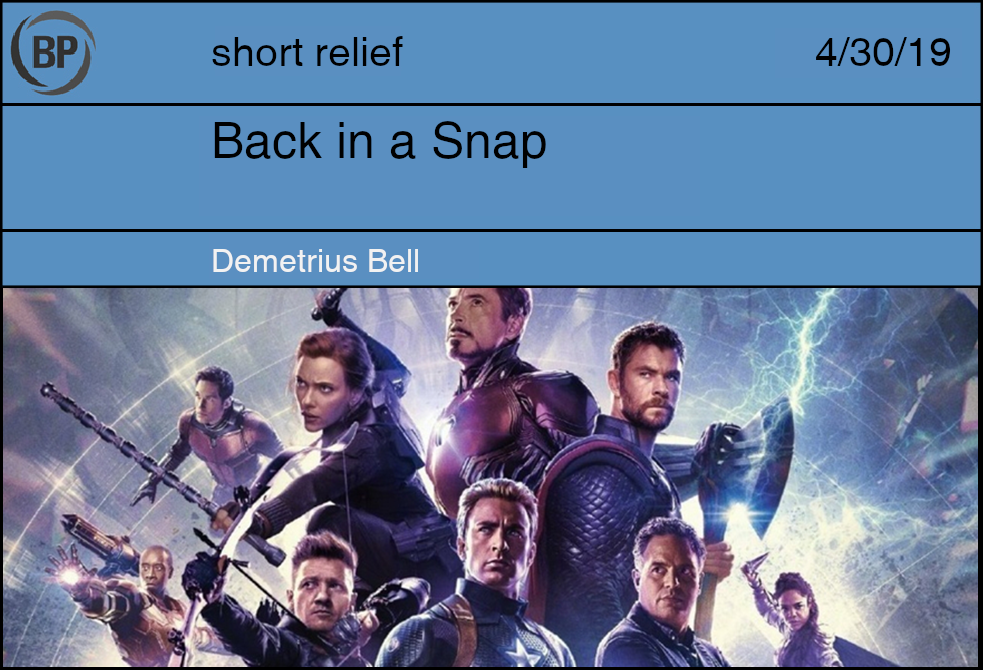 In the interests of transparency, I’m going to admit that I had a tough time trying to decide whether or not I wanted to write about this particular topic. I didn’t want to become a villain on the internet for the sake of writing a fun baseball article. However, I’ve decided to make the brave decision of possibly spoiling some of Avengers: Endgame for you. That’s because there was something that was a bit too juicy for a baseball fan to ignore. If you haven’t seen the movie yet, then you’re reading ahead at your own risk.

Five years into the future, the Marvel Cinematic Universe is still reeling from Thanos using the Infinity Gauntlet to snap half of all living creatures out of existence. The vibrant New York City is nothing like what it is today. That includes Citi Field, which is now a white elephant and a drab, dreary husk of what it used to be.

I have to admit that the Braves fan inside of me was thinking: “Sweet, couldn’t have happened to a nicer stadium,” as the movie did a flyover shot of the dark and empty home of the Mets. It took me watching it a second time to realize that if the Mets are gone, then that obviously means that the Braves are gone, too. The Phillies are out of here, the Nationals are kaput, and the Marlins are an actual ghost instead of being a figurative ghost.

In that universe, Thanos took everything with him in his vile plot to show mercy to the universe in his own way. He took family members, he took governments, and he ended up taking baseball with him. For five long and truly dreadful years, that version of Earth had to actually live in a world where America’s pastime was snapped into oblivion. Fortunately, it was only five years since The Snap would eventually be reversed and everybody was brought back to life as if it had never happened.

Still, it would be interesting to see how the baseball world would recover from such a catastrophe. Would the players who vanished just return to their old teams? Would baseball use this as an opportunity to reshuffle the deck upon its return? How would players who aged five years respond to having to acclimate with the returned players who didn’t age at all? Would the returning players have their service time reset?

There’s so many questions that would need answering. The good news would be that those questions would be answered at a ballpark near you, since baseball would presumably be back in full swing in the wake of The Avengers getting their ultimate victory. Citi Field would come back to life after five years in the dark, and it couldn’t have happened to a nicer stadium. 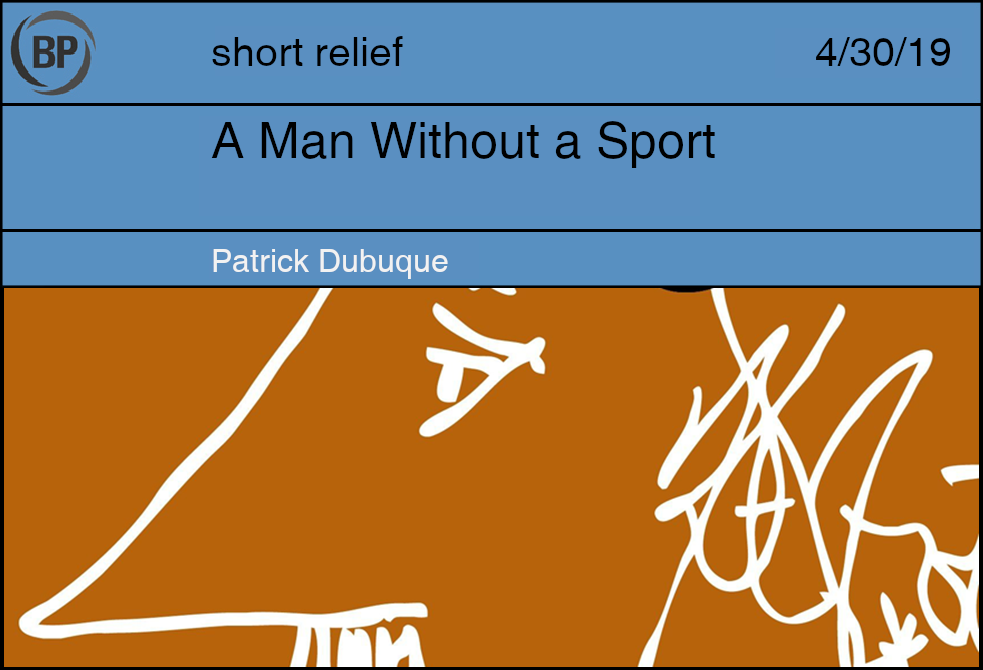 In the final pages of Kurt Vonnegut’s final book, the 2005 essay collection A Man Without a Country, the octogenarian admits: “It’s damn hard to make jokes work.” Vonnegut was staring down the edge of the author’s aging curve, which is very different than that of a baseball player. The phrase evokes a weary Pujols unable to get around on a ball, but very often for writers it’s different. They step into the box, and as the pitch comes in, they just forget how to swing. It took Vonnegut seven years to write his final novel, Timequake, and another eight years to understand that the next one wasn’t coming. You look at the world and at some point, you don’t know what else to say.

A Man Without a Country is like that, a collection of brilliant little aphorisms spliced among clumsy diatribes against American imperialism and anti-environmentalism, ridiculous hypocrisy he can no longer make ridiculous. What made Vonnegut so brilliant (and so underrated to the genre-fixated critics of his time) was his ability to combine the horrors of mankind with humor; he refused to be serious, even about serious things. He mentions Twain, his best authorial comp, who also gave up on the damned human race a dozen years before his end:

“Finally,” Vonnegut admits, “you get just too tired, and the news is too awful, and humor doesn’t work anymore. Somebody like Mark Twain thought life was quite awful but held the awfulness at bay with jokes and so forth, but finally he couldn’t do it anymore. His wife, his best friend, and two of his daughters had died. If you live long enough, a lot of people close to you are going to die.”

Baseball, like everything in life, demands an almost constant state of cognitive dissonance. I’m not entirely certain it’s healthy. All hero worship is in some form a psychosis: Einstein was a great man and a genius and also a lousy husband and father. America was, in Twain’s time, the land of freedom and the conqueror of the Philippines. Sports franchises are composed of gods and monsters, and their capitalistic drive toward winning is, by design, inhuman. We alternate between worshipping and ignoring. Meanwhile, the game charges you to love it. It’s enough to make one grow bitter.

I wonder how much Twain blamed himself, as the appointed voice of his nation, for the imperialism it would become. He’s not the only author to lose his sense of humor: Waugh’s Sword of Honor trilogy is a perfect encapsulation of a writer losing touch with being funny. Vonnegut takes the opposite tack: “Every other writer I know feels he is steering himself, and I don’t have that feeling,” he wrote. “I don’t have that sort of control. I’m simply becoming.”

I don’t want to fix baseball or be fixed by it. Even at a time when I personally feel overwhelmingly unfunny, in a world and a sport equally so, I look at Twain and Vonnegut and pray for a third option: one where the jokes don’t run out. Not the Steve Lyons, pulling-down-his-pants-at-first-base jokes, though those are fine too. I mean the Vonnegut-level jokes, the Catch-22 jokes, the ones not so much funny as true. I don’t have that right now, but by god, I hope some of the rest of you keep it alive.

You need to be logged in to comment. Login or Subscribe
Cameron eadie
I’m sure the players union would have a say in the resumption of baseball after the Infinity Gauntlet work stoppage.
Reply to Cameron