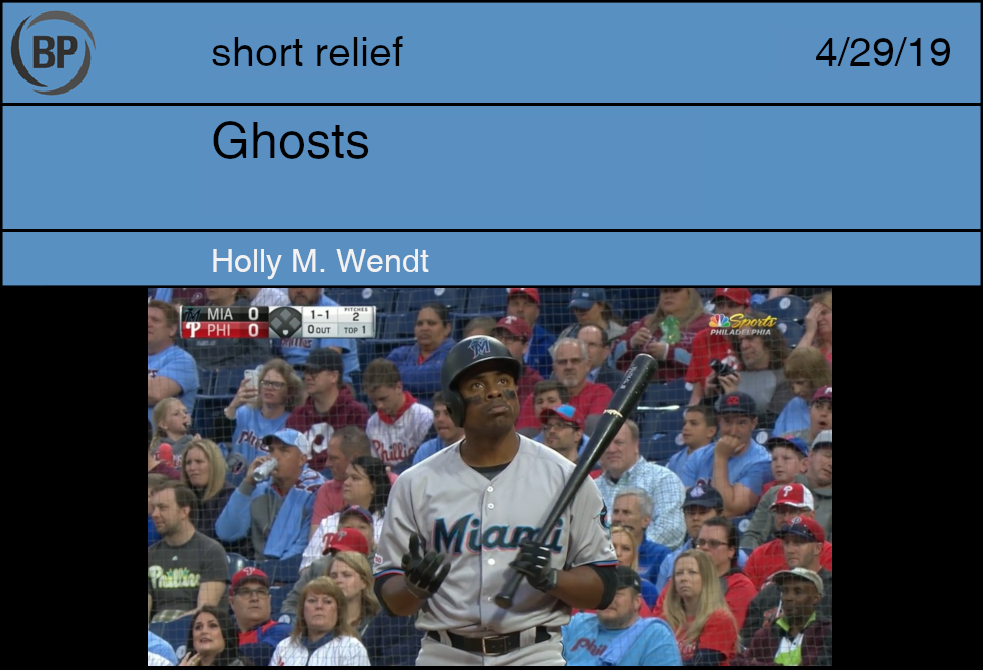 In 2005, my spouse worked third shift, and in those overnight hours, our little house was very quiet. Near the end of a dead-end street and abutting a deep stretch of woods on the very edge of Binghamton, NY, the house was peaceful as I could want in the daytime. Overnight, it was just as quiet, but quiet is not the same in the dark and not when you feel really alone for the first time. With the exception of a few nights here and there, all of my evenings before that year were spent in some kind of company; family and then college/graduate school roommates were always one door away. In that first year of our marriage, five nights a week, I had only my cat for company.

A cat, of course, is not a dog. She didn’t freak out when the neighbors pulled into their driveway; she didn’t tell me about the sound of the wind. But her ears would swivel and she’d startle, too, at the old house’s various pops and settles, as if to confirm it was as loud as I thought it was. Often enough she’d stay in her warm sleeping ball, undisturbed, at various sounds, confirming the regularity, the ease, the calm.

So we spent many uneventful nights that year. But every once in a while, she would snap awake from her deep sleep, fix her gaze on something I couldn’t see, and very clearly track that something’s progress across the room. She didn’t shift, didn’t bunch or gather as though to pounce at some small insect drawn to the light. She simply watched, turning her whole head to follow.

In the moment, I freely confess to finding it all creepifying, and I stayed up for more west coast baseball than is advisable because it put off navigating past the stairs to the basement, but nothing untoward ever happened, of course. I know, rationally, that cats can see many things I cannot. That cat is now old. She sleeps more heavily; her sight for both the seen and unseen has grown less sharp. I hadn’t really thought much about those spectral moments in years.

Until the first inning of Thursday night’s Marlins-Phillies game. In the game’s eighth minute, after Curtis Granderson sees his second pitch from Aaron Nola, Curtis Granderson clearly sees something else. In the interim between two pitches, Granderson gesticulates as though to himself, but his attention is cast out, farther afield than one usually sees with self-talk. After the third pitch, his whole head swivels. Whatever he sees, he sees it move quickly. Perhaps this is appropriate for a professional athlete: Curtis Granderson is far more used to watching the fleeting spirit of a cut fastball, so why should other spirits shift slowly for him? Then again, given the anemic start to Granderson’s 2019 season, perhaps the issue was that he couldn’t find it. It was there, and then it was gone. Then he was gone: struck out looking. By the time he came again to the plate in the third, his demeanor in the batter’s box was more expected: bunchy-shouldered, attentive to the barrel of his bat and the parameters of the zone. He walked on six pitches, then was caught in a run-down between third and home. I don’t think that, or the Phillies bullpen that eventually surrendered the game in the 10th, can be explained by ghosts, though I wish it could. 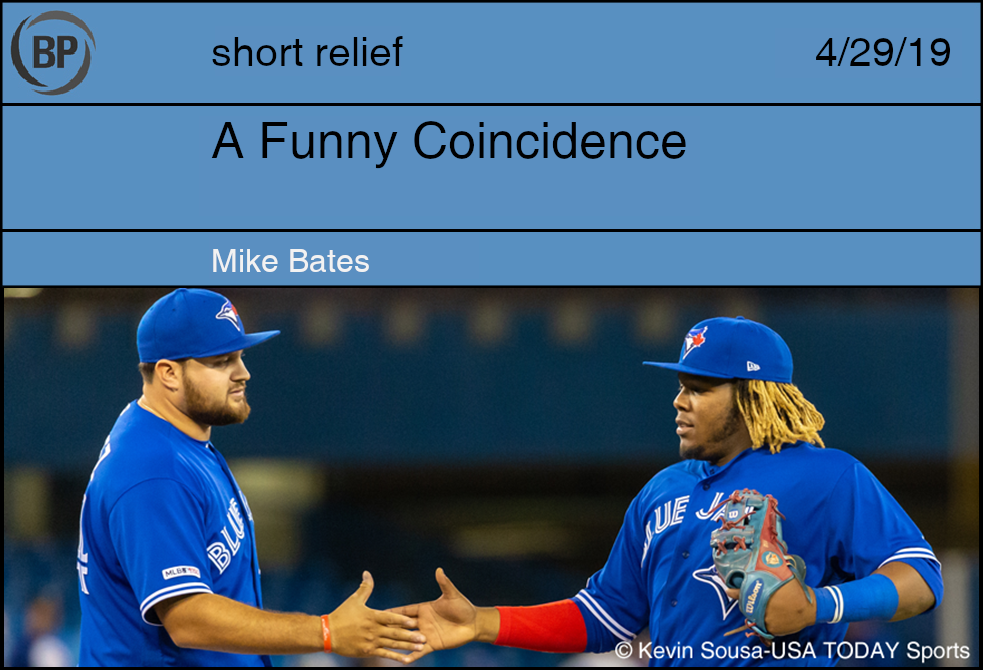 Vladimir Guerrero Jr. has landed. Fans in Toronto and fans around the game have been eagerly anticipating this moment; and were hyper-focused on the youngster’s first few games. Almost 70,000 people went to the former Skydome to see him this weekend (more than 10,000 more than attended the club’s first weekend series two weeks ago), and who knows how many others watched from afar.

After his general manager said that he did not “see [Baby Vlad] as a Major League player” as recently as February 26th, Guerrero strained his oblique and was held out of action. He was ready to rehab in time for the start of the minor league season. After four games at High-A, he was promoted to the Jays’ Triple-A affiliate in Buffalo, where he hit .367 with three homers in 9 games.

Magically, 9 games at triple-A was exactly how much additional seasoning Guerrero needed to become a Major League-ready player. And was probably exactly what the Blue Jays needed to gain an extra year of control over the 20 year old phenom. It’s funny how life works sometimes.*

*It’s not funny how life works. Ross Atkins, the Blue Jays general manager, is a liar and his organization deliberately held back a player they knew was ready to help their ball club because they wanted to indenture his service for an extra year. And Major League Baseball is a feckless boob of an organization that won’t do anything about its teams deliberately sacrificing games and doesn’t know what’s actually good for it. It’s almost criminal how life works sometimes.

I don’t know how Vlad is going to react over the long term to someone blatantly manipulating his service time to take money and a year out of his control. It’s entirely likely that he will sign a massive contract extension in the next few years that will cover that year he was screwed out of. He and the Jays will proceed as though nothing happened until, if all goes according to plan, he goes into the Hall of Fame sometime around 2044, at which point I’ll probably be long dead.

But let’s say for a moment that that doesn’t happen. Let’s say that, like Byron Buxton, who the Twins deliberately messed with last September, he holds a grudge. That he, going forward, fights tooth and nail for every dollar at every negotiation. That he’s learned not to put team’s needs in front of his own. That he looks for ways to leave instead of reasons to stay.

Will it have been worth it? To get 7 years of Vlad, when you could have had 15? Sure, taking advantage of people you will come to need might get you what you want in the short term. But that has consequences down the road. And so does doing the right thing by the player and by your fans.