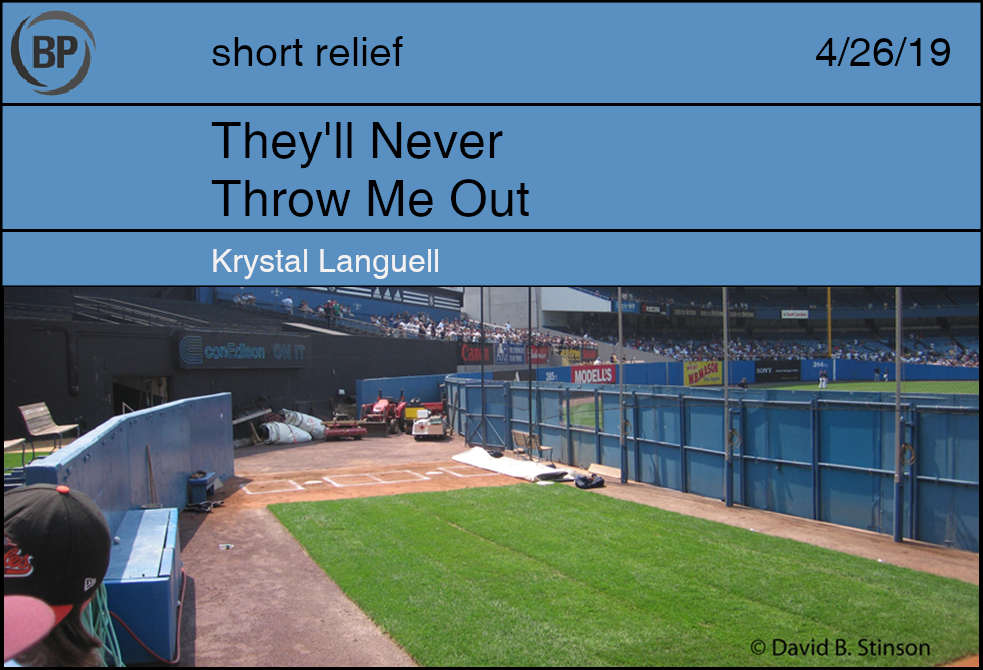 Peppering the air
with cracker jack

tossing it by the handful
into the bullpen

I think we made a mistake
Everybody on the elevator did

Back east it was often
Middle west it’s aw shucks

Yankee Stadium I mean geez
They’ll never throw me out

If our fellow feeling could travel
outside the ballpark but nah

as we know incompetence rules
and amicably we parted 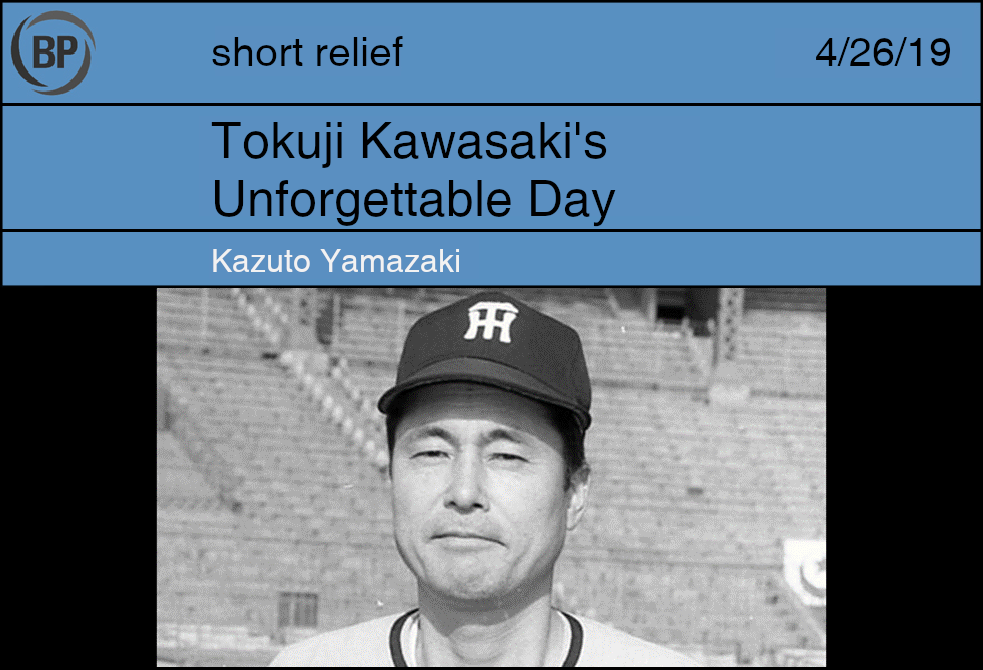 One of those games for me happened on April 26, 1949, exactly 70 years ago today. Yomiuri’s starter against Daiei that day was a right-hander by the name of Tokuji Kawasaki, one of the best pitchers of the era. It was a forgettable night on the mound for the 27-year old, who gave up 13 runs on 16 hits, including eight long balls, while striking out just five. He went the distance despite the pile of runs and hits, but it wasn’t unusual to leave struggling hurlers in for long. It was an era of complete games. In fact, pitchers completed more than half of the 1084 starts league-wide that season.

What makes it utterly surreal and borderline insane is the fact that Kawasaki was the winning pitcher of the game, thanks to Yomiuri’s 15 runs of support.  But this wasn’t charity: The pitcher drove in a-then-single-game-record nine with his own bat, including three home runs. Crazier still, those were his first three round trippers of his career. The 13 runs and eight dingers he gave up still stand as the records for a pitcher in a win.

The culprit of the slugfest was the field dimensions. Less than four years removed from the end of World War II, Japanese baseball was facing the severe lack of ballparks capable of holding professional games. Teams traveled around the country for competent playing surfaces. Still, Kenrokuen Ballpark in Kanazawa, the site of this historic, slaughterous display of offense, was less than competent, a mere 295 feet to both poles and 318 to dead center, respectively. Partially due to this game, the fences were moved back as far as 80 feet prior to the following season.

In one sense, it was a metaphor of Kawasaki’s life. Starting sometime in 1942, he served in World War II, and spent time in a internment camp after Japan surrendered. He went through struggles, like he did on the mound that day in Kanazawa. On the other hand, he made it back alive to pitch 12 years in professional ball post-war, unlike his more than 70 ballplaying brethren who lost their lives while serving. In his retirement days, he ran a couple of restaurants before passing away at the age of 84 on April 25, 2006, one day shy of the 67th anniversary of his record-setting performance. Kawasaki may have lived in the wrong time, but he lived. 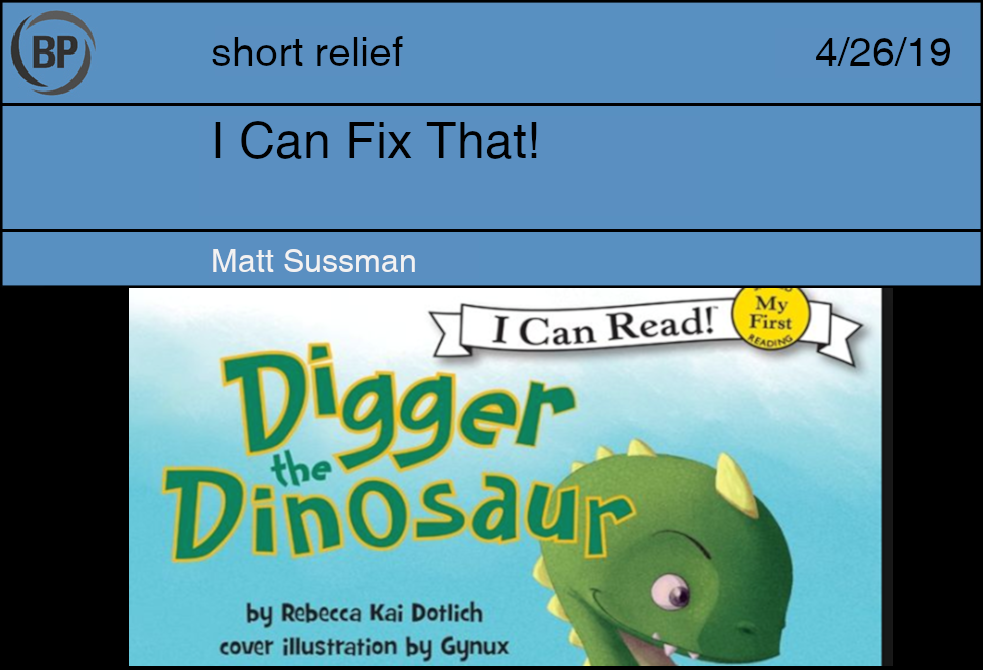 Rebecca Dotlich’s “Digger the Dinosaur” is an adorable children’s book geared toward early readers and also baseball rule sticklers, telling the story of a fictional dinosaur who can’t listen very well. He wants to play baseball with his friend Stego in the worst way but his mother won’t let him until he cleans his room. Digger doesn’t pay attention to when others are talking so well that he keeps hearing the wrong word, though he’s usually close. 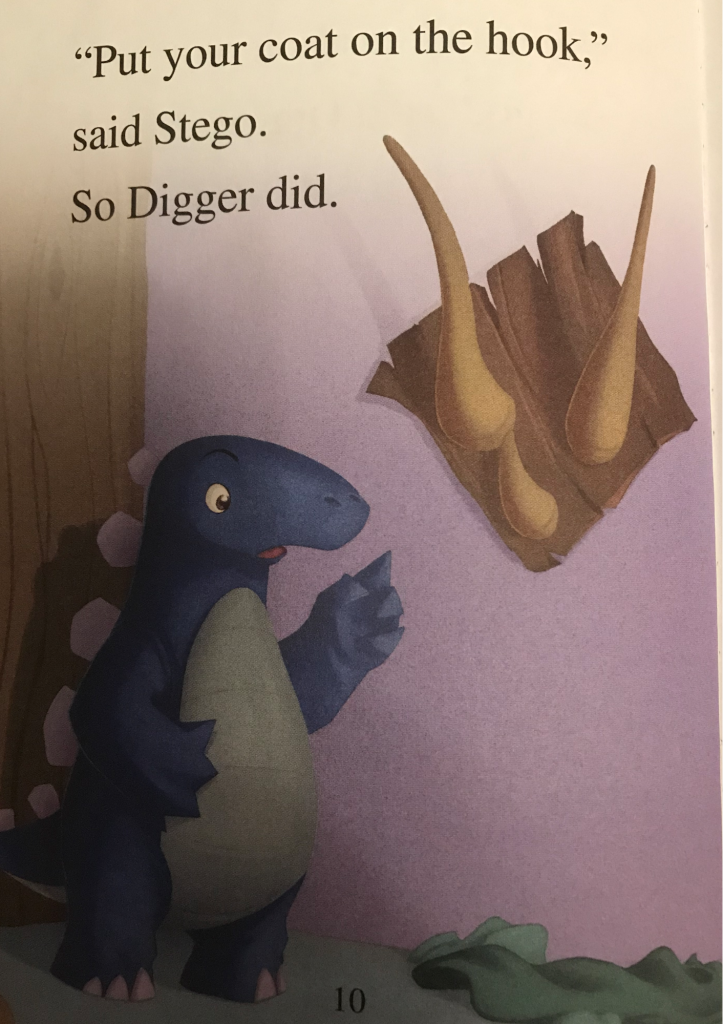 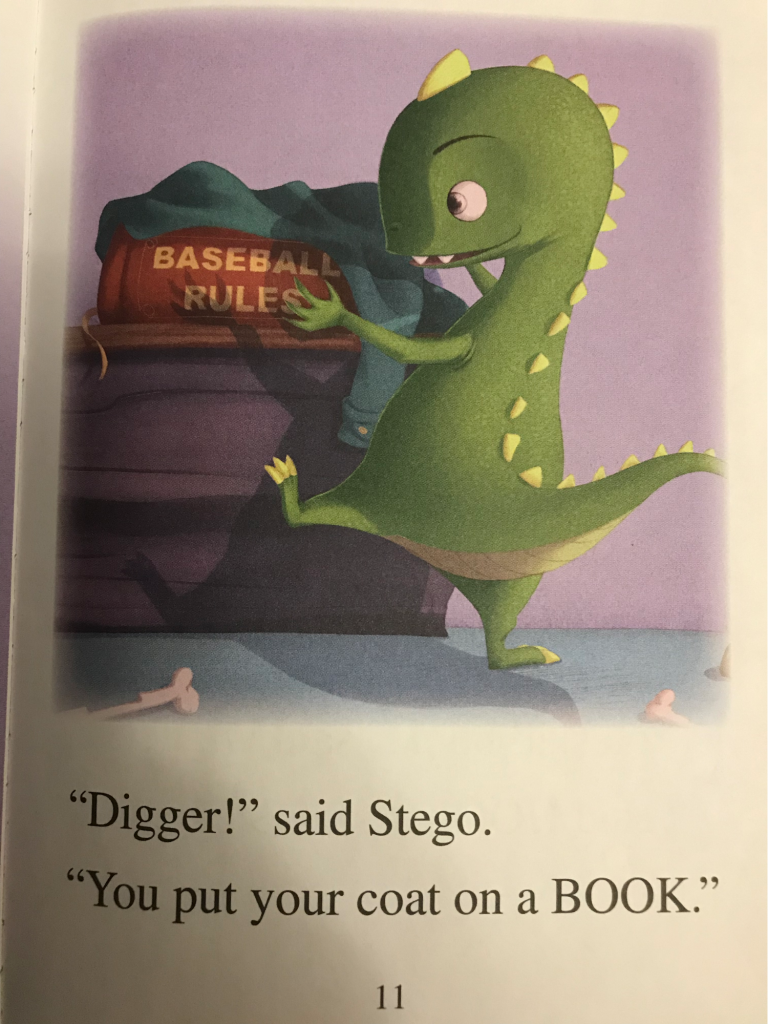 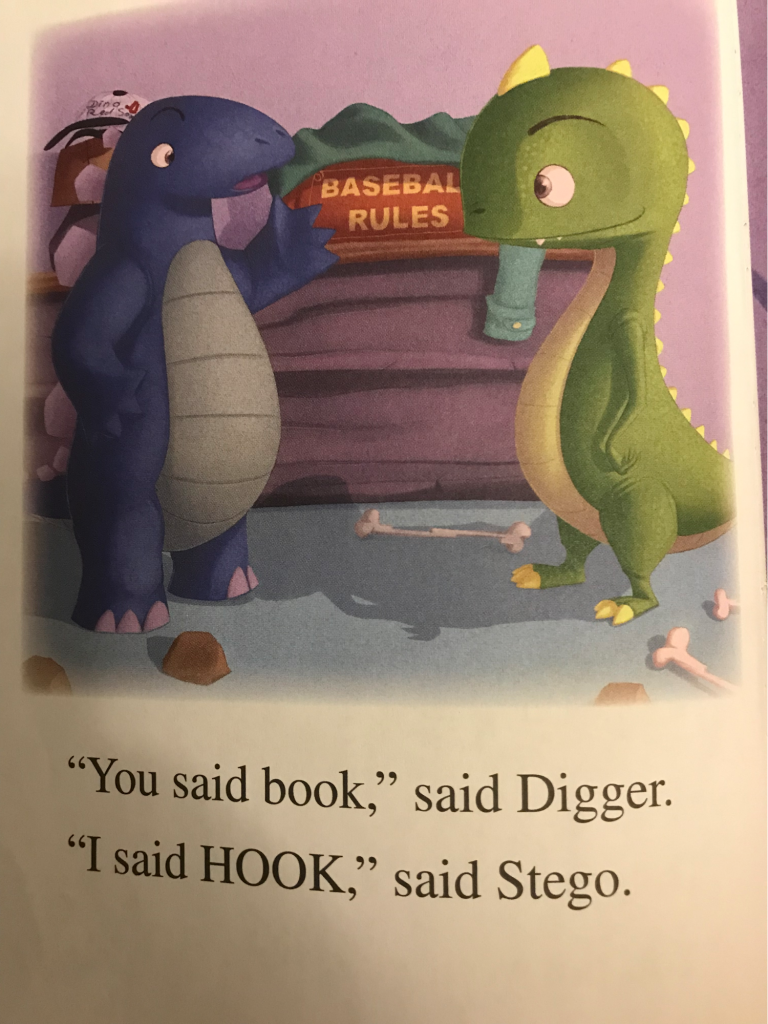 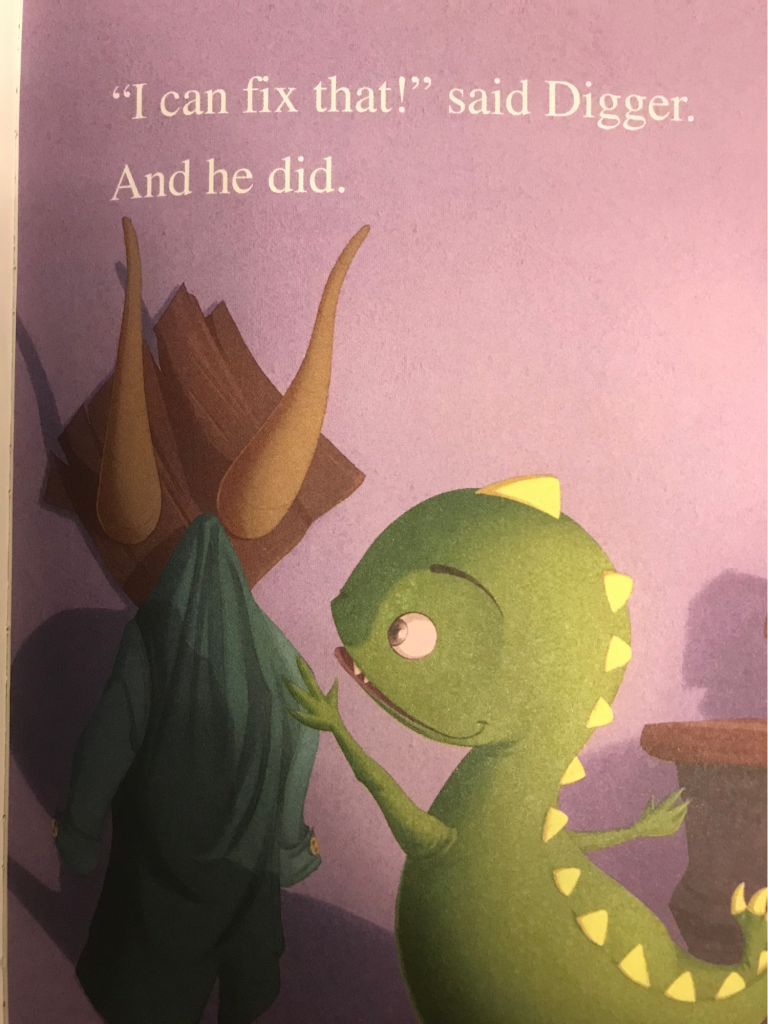 It should be noted that Digger’s book, not hook, is an unassuming tone simply titled BASEBALL RULES, so he’s acutely aware of what he should be doing after a home run. He can’t listen, but he is there when he needs to arbitrate the infield fly rule, or a runner out of the basepath. He can clean up any tricky situation in a game, but doesn’t have the mindset to clean his room.

If I were to do a book report on this, I’d basically say that “Digger The Dinosaur” is essentially a cautionary tale of Emily Litella if the asteroid didn’t strike as well as an allegory of the time Kenji Akashi hit a walkoff home run in the NPB.

Akashi: “You said back flip?”

[misses the plate on the landing]

You need to be logged in to comment. Login or Subscribe
Peter Collery
...57th anniversary?
Reply to Peter
Kazuto Yamazaki
Ah well, yes. I’m bad at math.
Reply to Kazuto