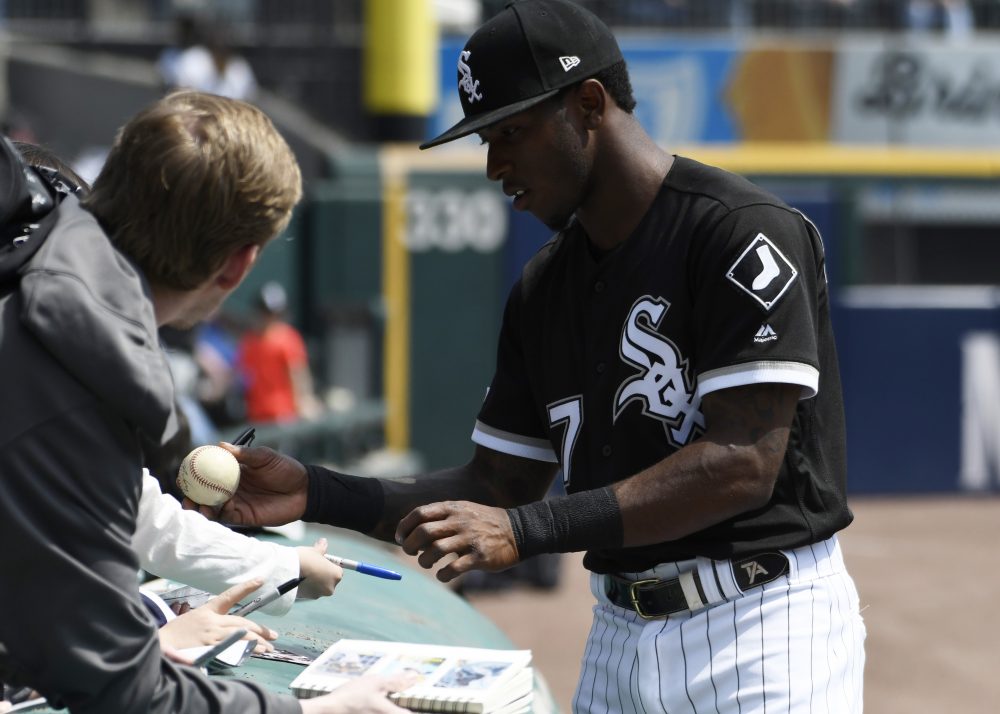 Friday afternoon, as Tim Anderson gushed to Laurence Holmes in a pre-recorded interview about his love of baseball and his desire to help expand its audience, news of his one-game suspension hit social media.

Initially, some people assumed that Anderson was suspended for his bat flip, but soon learned it was due to “foul language.” ESPN’s Jeff Passan shared via Twitter that Anderson was suspended for his use of the n-word. Anderson directed it at someone who was not Black. Within context, it was nothing more than an insult hurled at someone who had thrown a ball at him for celebrating a home run.

Hitting a home run off of a professional pitcher is no small feat. It’s not easy. If it were, there would be a helluva lot more homers (even in the context of the current ball) and the 1998 home run chase between Mark McGwire and Sammy Sosa wouldn’t have entertained millions and “saved the game of baseball.”  Hitting a baseball is famously difficult; if you fail 70 percent of the time, you’re an All-Star. So when you do the best thing possible at the plate — hit a home run — it is a cause for celebration and joy, with bat flips, fist pumps, and passionate screams. But that joy is met with ire and, in many cases violence. Anderson was expected to readily accept the punishment for “embarrassing a pitcher.” He was expected to be silent. He wasn’t. Tim Anderson’s words weren’t of racial aggression, they were an angry retort to someone who had acted cowardly, weak.

After the game, Blue Jays outfielder Randal Grichuk and Royals third baseman Hunter Dozier both made public statements in support of beaning a batter for “excessive celebration,” upholding baseball’s “unwritten rules.” Neither has been reprimanded. If the league is going to police player conduct all the way down to the use of foul language on the field, then why is there no pushback on players condoning violence as a part of the game? A Black player is suspended for using a word historically used to incite and enact violence against Black communities, but advocating for beanball gets no response.

Instead of taking a stand against the “play the game the right way” sentiment many baseball fans and players uphold, the league made Anderson the villain. Baseball’s unwritten rules are filled with coded language that are rooted in racism, classism, and harmful views on masculinity. There’s a reason why so much of the conversation has been centered around the n-word and not the violent act of throwing a 92 mph fastball at a batter.

Coming to Anderson’s defense, Blue Jays pitcher Marcus Stroman tweeted: “You can’t suspend someone for language. That’s ridiculous. Also what he said is normal slang trash talk in our culture.”

It’s not your job to police how black people use it.

That word will [never] be used to hurt your person. You won’t ever have to endure a barrage of N-words used to threaten you as you try to vote. And you won’t ever have 100 camera angles catching your response as someone pegs you with 90 mph rocks.

I applaud your stance supporting the annexation of such language, yet I encourage you to focus your energy on the people who have the power to make that word hurt. You’re welcome to personally tell my 83 year old grandmother, a daughter of Mississippi sharecroppers, to stop using the N-word, but good luck.

In a game where failure is king and frustration is abundant, suspending people for inappropriate language will leave you with empty benches. Suspending one of your few black players for language after getting hit (after MLB celebrated the bat flip with its #LetTheKidsPlay) will leave you with white benches.”

Support from other Black baseball players is important here. Both Stroman and Johnson highlight an oft-ignored problem in Major League Baseball; the extreme disconnect between the league and the players, and fans they wish to see interested in baseball. The situation with Anderson occurred just days after MLB and Budweiser used Jackie Robinson’s image to sell beer when Robinson was famously known as a teetotaler. Yet another misstep in their decades-long attempt to honor the trailblazer, which has been nothing more than a self-congratulatory spectacle year after year. That energy would be better spent working to remove other cultural barriers that remain.

For the league, Black culture is an accessory to bring in revenue and appear cool. Just one look across the league’s various social media accounts, you’ll quickly notice the use of AAVE (African American Vernacular English), rap music, and other things popularized by the Black community. MLB used Migos’ “Is You Ready” as its 2018 postseason anthem and for 2019 Spring Training, teams wore shirts and hoodies with the slogan “Whole Squad Ready” another nod to the Atlanta-based rap trio.

When the squad too lit. https://t.co/ge5KIwq17i

Oh no Acuña, what is you doin'?😂 pic.twitter.com/WfExcU3gmU

🎶Double up, three or four times, we ain't tellin' no lies, we just run it up🎶#RootedInOakland pic.twitter.com/ojyyUoV7B3

Chief called and confirmed, this ain’t it 😬😬😬

Pitches Aint Hit, a celebration of the five nastiest, grossest and most amazing pitches of the week.

Baseball has no problem with co-opting Black culture, but has taken no time to learn more about it, or how much it influences the lives of some of its players.

While it is absolutely acceptable to have a policy and punishment regarding the use of the n-word, understanding its nuances is essential for effective discipline. Throughout the years, many groups have reclaimed words that are considered slurs against their identity as their own. This way, some of the power is lost. The n-word is one such word, and it is no one’s business how Black people choose to use it.

That’s the problem with MLB being the sole arbiter of its own suspensions, they never need to make sense to us. They never have to be consistent. And, equally important, we’ll never get a substantial explanation of how they arrived at the decision. Earlier this month, Cincinnati Reds outfielder Yasiel Puig received a two-game suspension for “aggressive actions” during an incident with the Pittsburgh Pirates. When asked whether he was appealing, Puig said, “I don’t want to talk to Joe Torre again because he’s going to have his point, I’m going to have my point, and he thinks everything is explained for what he does. I’m not going to do nothing about that. He suspends me 2-3 days. He’s the boss. We only take the days because we’re going to be on the phone for two hours and nothing is going to work.”

Tim Anderson not only chose not to appeal his suspension, but he also chose to not address it. Players have little to no recourse when it comes to rulings on punishments and MLB isn’t accountable to anyone when it comes to issuing fines and suspensions. Based on Puig’s comments, it appears there are no guidelines for making these decisions and the weight of the rulings rests solely on Joe Torre’s judgment.

In a controversial situation such as this one, we are left with more questions than answers. MLB has put its foot into a societal discussion of whether or not they get to tell Black people how to use the n-word without even an inkling at why they felt they had the right to do so.