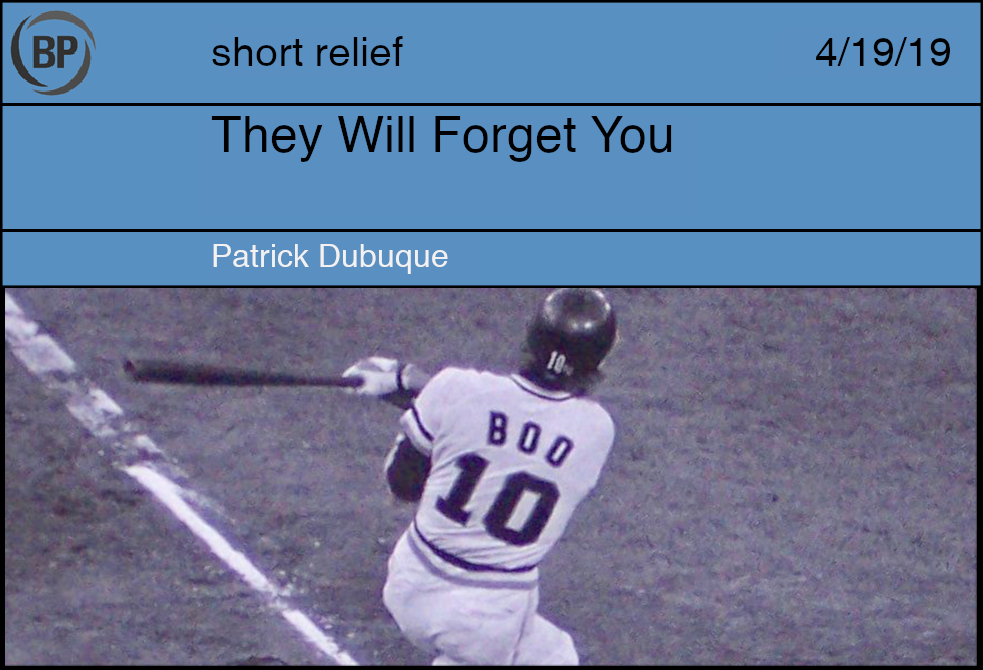 The noises can only echo so long, Johnnie LeMaster.
Each groan and sigh ricochets off the concrete
And is absorbed by it, eaten by the grass.
The lone and level sands erased
The works of Ozymandias, and yet
Still more despair: it also wore away
The empty evenings, the lonely children
Mistakes, misfortune, misdeeds.
The stadiums themselves crumble
The diamonds all fall out of their rings.

Hitless nights, three-error afternoons
Grainy videocassette footage of weak pop-ups
The hopes of the crowd lost in static
All translated into the cuneiform of record books
The odd black ink their only accents
A sheet music of failure, nothing more.
Every child’s prayer,
Every wish you destroyed
Has died of old age. You are free of them.
Time regresses all things to the mean. 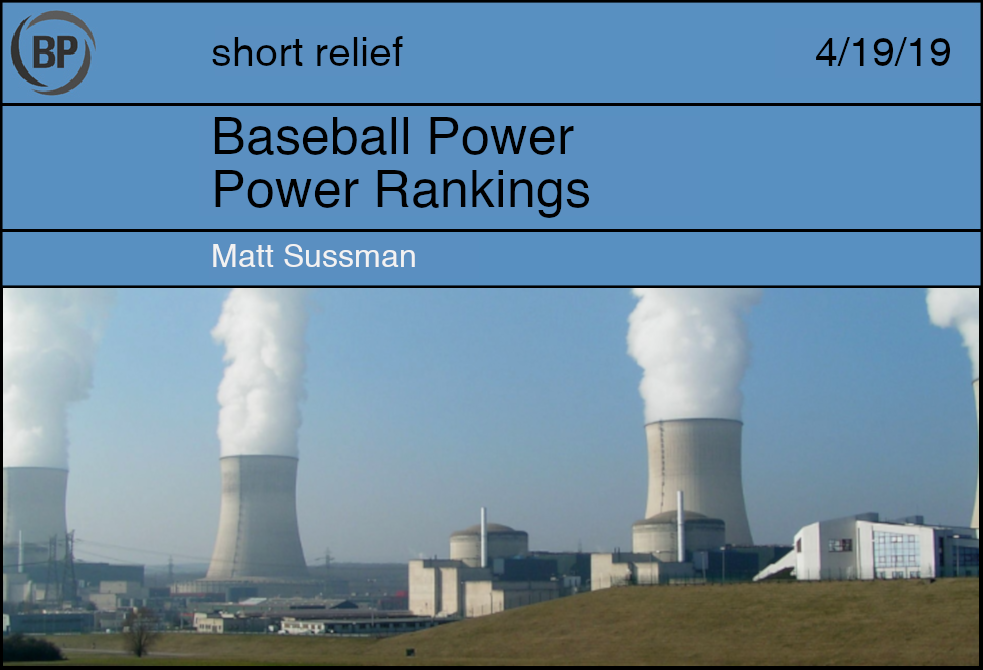 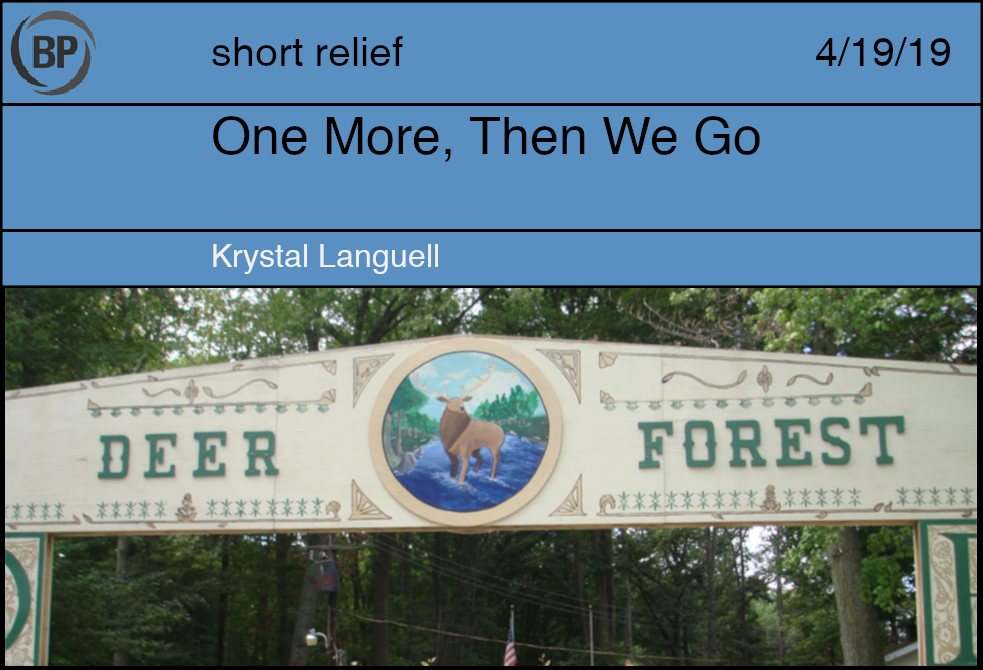 How I learned to say it
in Milwaukee, but it echoes
further south too and greets
me. Distance correspondent,
I pick up certain waves of
sound, vibration at particular
frequencies, and tune them
into a message like “How about
another cold one?” If I’m a radio,
I am the center of a small world.

Let’s play two. Let’s drink two—
always technically possible, though
as Frost says way leads on to way
and before you know it the rerun of
the live broadcast is playing and
you’ve carried on too far. One more.
But that’s television for you. Let’s
ask the online search engine. I’ll
consult the oracle. I’ll see you on
the plane, partner. See you tomorrow.

“One more” appeals to my work style.
My sister orders two rounds at once
just before happy hour ends. I alert
her when big leaguers pitch at her
local single-A ballpark, which happens
more often now. The park in Coloma
we never went to, a little zoo in the
woods, was probably a bad idea and
that’s why it closed. Now we go to
any park we want and grab a hot dog.