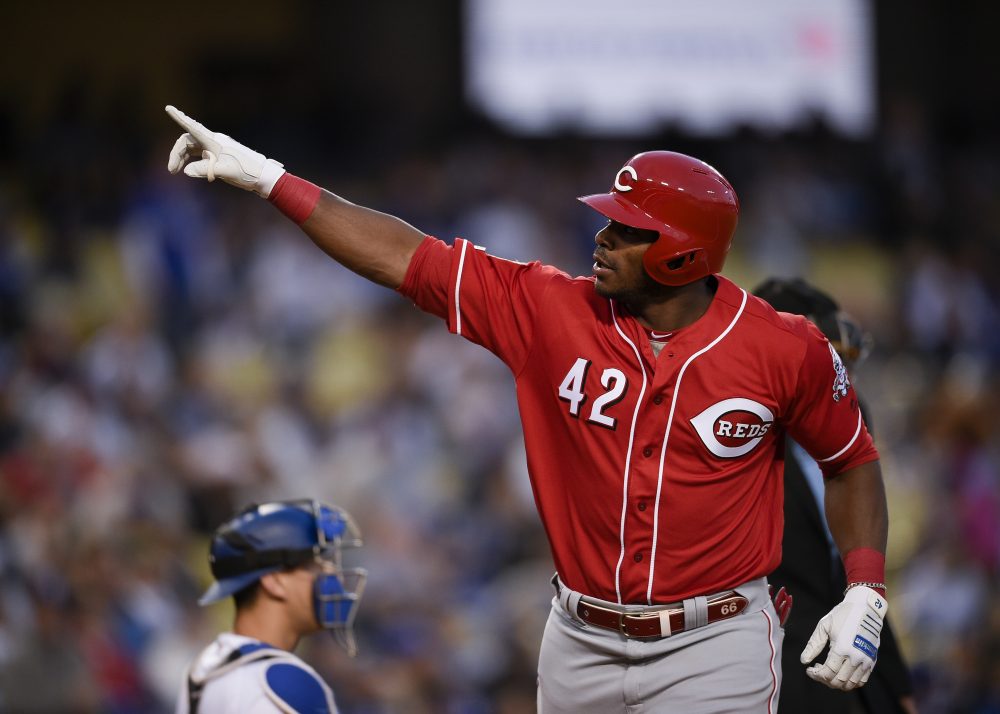 I think, on some level, we’re all pretty tired. Our nerves are raw. We’re in a space and time where we’re fighting so many things on so many fronts that, well, Littlefinger’s speech doesn’t exactly ring false:

We’re not wrong to be fighting everything all the time, either. There are many things that need to be addressed and won’t be unless we shout and talk and demonstrate, including in our beloved game of baseball. But it does, sometimes, feel like there is less joy than there used to be. That our first reaction is the cynical one; that we’ve become so jaded that we look for the negative in any seeming positive. That isn’t entirely our fault, either. Our distrust has been earned, but also distrust can be corrosive. As The Dude said, “you’re not wrong, Walter…”

The point I’m getting at is that we’re not wrong, but sometimes we’re also assholes, and I’d like to be a little better about all of it. To that end, this is the first of what will be a weekly column, highlighting exactly what the title implies: the best thing in baseball this week as decided by me. I encourage, nay, beg you to take part. Send me clips or articles or just a (verifiable) story that I should consider, and each week I will pick the thing I like most, whether it’s a tweet, a highlight, something off the field, etc. It can be from the majors, minors, international, amateur … any of it. I’d like to feature a little more joy, though positivity isn’t required for something to be The Best Thing This Week, either. The goal is to highlight something we should all be appreciating a little more, and to dig into the circumstances around it. That said, let’s get to The Best Thing In Baseball This Week: The Week of April 13-19,

Puig no longer your friend. pic.twitter.com/GjbM7gAYaW

Admittedly I’m a bit biased as I grew up a Dodgers fan but, to quote SNL’s Stefon, this game had everything: Puig’s return to Los Angeles, Kershaw’s season debut, Jackie Robinson Day, a walk-off home run, and it even finished in under three hours.

Understanding Puig’s time in Los Angeles requires nuance, and I’d suspect we’re still a long ways from getting all of the details involved. Still, perhaps the best part about the clip above is that it requires so little nuance. A guy who had been a hero and a villain, fêted and mistreated, — and ultimately shipped out for savings — walked to the plate, dug an 0-2 hole for himself and then cracked one over the center field fence off maybe (emphasis on maybe) the best pitcher his former franchise has ever had.

Puig has always been a showman; it’s what L.A. fans adored (and to be sure, some hated) and also what drove his teammates and managers batty. He cared more about entertaining us than he did about being the best version of himself. That he belted a home run in his first at-bat off the guy who is the embodiment of everything Puig isn’t on the field felt like poetic justice. Perhaps moreso because he arrived an hour late to his own press conference that day, missing the NLCS ring presentation that otherwise included former Dodgers Alex Wood, Matt Kemp, and Kyle Farmer, in the process. Puig might often arrive late, but his power showed up right on time.

Kershaw’s part in all of this shouldn’t be ignored, either. He returned from the Injured List much the pitcher he was toward the end of last season. Kershaw continues to cede velocity to age, leading him to tweak his pitch-mix and find other ways to suppress opposing hitters. He’s not the guy he used to be; hell, he’s not even the guy he was when Robert O’Connell wrote one of my favorite articles ever to be written on the Dodgers ace. But I think the core tenet of what O’Connell discussed still holds: That Kershaw’s slippage from the top of the mountain makes it easier to appreciate the heights he reached, even if his ability to succeed despite that slippage makes him perhaps less human than ever (he has not posted a seasonal ERA over 3.00 since 2008). Kershaw didn’t allow much damage outside of the Puig homer, and exacted some semblance of revenge in Puig’s second at-bat, striking him out on a high fastball.

That this all took place on Jackie Robinson Day didn’t materially change the circumstances, but it did add a little pageantry. I’d argue this is an indictment of the league’s approach to Jackie’s legacy, and largely agree with Mary Craig that much of the nuance of Jackie’s life has faded away the more they’ve elevated him as a symbol. That said, there was a little additional satisfaction given said pageantry when Joc Pederson stroked a walk-off home run on a day that has always seemed (at least to this Dodgers fan) to belong a little more to the Dodgers than the rest of the league. All told, this game was what baseball should be: dramatic, exciting, full of subplots and with a backdrop of history. It was the best thing in baseball this week.

You need to be logged in to comment. Login or Subscribe
Cameron eadie
BP has always been a safe place to land. You guys and gals are amazing.
Reply to Cameron
Tony Jones
I think you missed a far better choice - the Brewers and Christian Yelich surprised a couple young fans by presenting them with a new puppy (a present that was "earned" by Yelich's opening day home run). They named the dog "Yeli". Yelich then proceeded to go out and hit 3 home runs that night!! :)