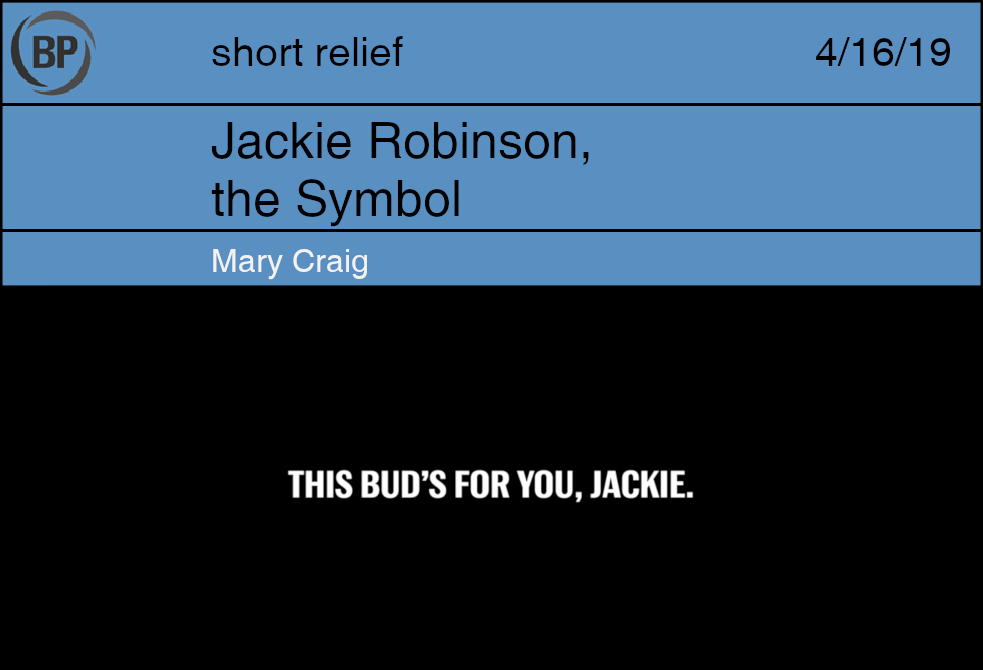 Symbols provide hope to the powerless. They connect people who are isolated, universalizing experiences and silently voicing calls to action. From the raised fist of the IWW to the rainbow flag, symbols have been at the forefront of social and political movements throughout history, anchoring concrete plights and aims to universal characters. But the passage of time slowly severs each symbol from its anchor, leaving it only with generalized platitudes.

When Major League Baseball instituted Jackie Robinson Day in 2004, Jackie Robinson went from being a Black baseball player whose life saw no end to the racism he endured to a symbol designed to convey the defeat of racism. The Black players and fans who continue to live Jackie’s existence derive great meaning from donning the number 42. But among we who have never endured what he did, there is a belief that wearing Jackie Robinson’s number celebrates the crossing of a victory line rather than but one in a series of steps. Too many perceive the task as being completed, assuming the perpetuation of the symbol as all that remains necessary in continuing the work for which it was created.

Honoring Jackie Robinson in such a way has turned him into a symbol of equality and perseverance. All of the nuances of his life, particularly his post-baseball life, have been stripped away in favor of creating an agreeable symbol. In the eyes of MLB, Jackie Robinson was no longer a man who criticized them for their participation in racist policies or spoke openly about how the values of the Flag and Anthem do not extend to non-white citizens. For MLB’s purposes, Jackie Robinson is merely a Black man who loved to play baseball.

If MLB were to recognize and celebrate Jackie Robinson for all that he was, they would not be able to attach his name to a partnership with Budweiser. They would know that he was a teetotaler who was charged with public drunkenness after refusing to move to the back of a military bus. And the shame and immorality of plastering over this real version of Jackie Robinson would prevent them from ever entertaining it. But that is not the world in which we live, and so we are left every April 15th with only Jackie Robinson the symbol. 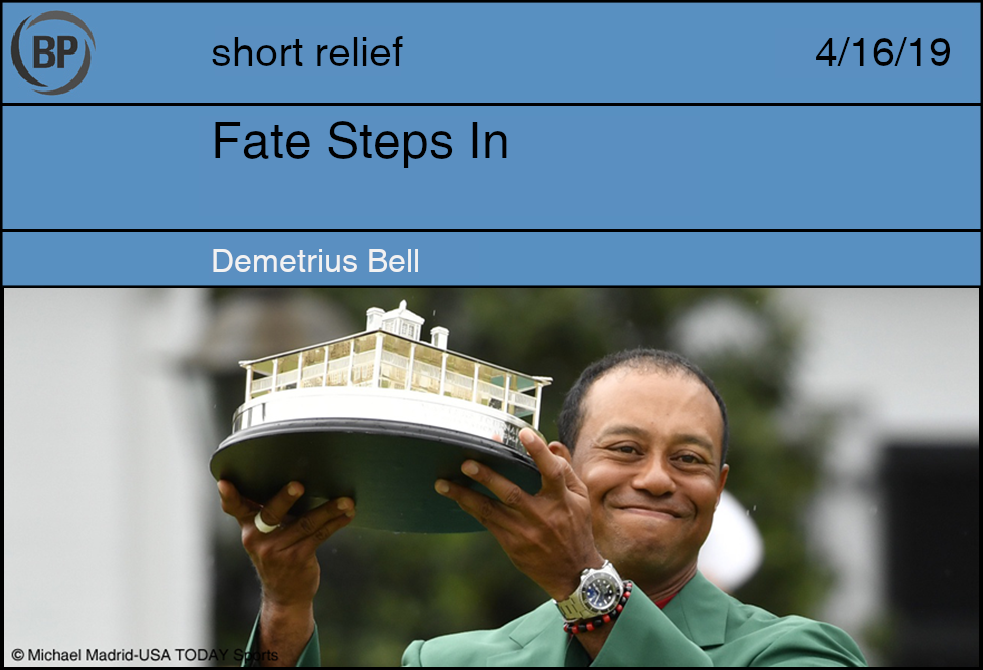 Two weeks ago, I gave you all a glimpse into the inner workings of Braves Twitter and the nonsense that was the Tiger Woods meme. I guess it’s time for an update on what’s happened since then, because things have gotten completely out of control. As a man with a perfectly groomed mustache once said, “That escalated quickly. I mean, that really got out of hand, fast!”

We’ll start with the most important thing that happened in Georgia on April 14, 2019: the Braves beating the Mets 7-3 on Sunday Night Baseball. The details of the game are unimportant in this context. Instead, the pinnacle moment happened after the game, when MLB sent out a very simple tweet with a familiar image attached to it.

That barebones-yet-astonishing tweet couldn’t have happened without the achievements of a certain man playing golf about three hours away in Augusta. Tiger Woods did the unthinkable and completed his comeback from injury and scandal to win The Masters for the first time since 2005. It’s an amazing accomplishment, and there’s also a 100 percent chance that Tiger’s efforts on the golf course had absolutely nothing to do with some weird people on the internet repeatedly posting his face in the Twitter mentions of some poor MLB team after the Braves win each game.

With that being said, the man and the meme will forever be connected. There was no way that anybody could predict that a wacky meme that was surprisingly accepted by the Braves (and a couple of other teams, as well) would coincide with one of the greatest golfers to ever live returning to prominence. That’s just one of those moments where the chances of it happening in connection with the meme are so high that NASA would have a difficult time trying to calculate the odds of it all happening.

The sometimes strange culture of this sport allows for this wacky corner of the internet to thrive and celebrate Tiger’s victory as if we were actually out there at Augusta National, following him in the gallery as he made his way towards earning the Green Jacket on Sunday. It’s a culture that allows a random weirdo on the internet to facetiously dream about the possibility that a golfer’s success and the success of a baseball team are somehow tied to each other. I mean, if it’s Tiger’s year then surely this is the year that the Braves return to prominence, right?

It’s highly unlikely that the Braves will join Tiger Woods in the winner’s circle at the end of this season. It’s probably more likely that the meme will be dead by the time October arrives. Even if that is the case and this is all just a wacky memory by the time this season ends, it’s definitely a memorable moment for those who have participated in “The Movement,” even if it’s still an incredibly weird and mysterious time for normal fans of golf and baseball.