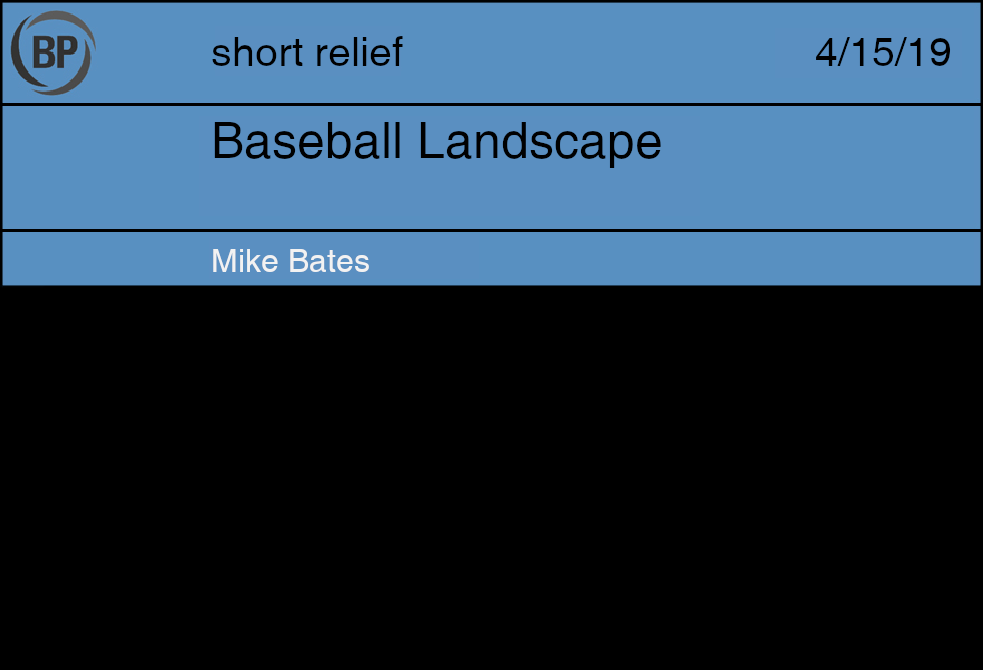 My 12 year old was in an opera in Cedar Rapids this weekend about Grant Wood. They needed some kids to sing and dance and be part of Wood’s grade school class for a scene from his life as a teacher, before he got successful, and my son jumped at the chance. He’s very into theater and, given that I never successfully auditioned for any show ever because I made ridiculous artistic choices, I enjoy seeing what might have been if I had had even a modicum of common sense and stage presence. As far as operas go, it was the best and only one I’ve ever seen, though it contained far more nudity (by which I mean “any nudity”) than I was expecting in the story of Iowa’s most famous artist. But, in all seriousness, it was pretty good.

I know what you’re thinking: How did it take this long for someone to write an opera about the guy from Iowa who painted American Gothic and various Iowa landscapes? I don’t know either. Nor do I know for sure why it happened at this cultural moment. I have some ideas though. It was a commissioned work that really emphasized Wood’s connection to his home state and his obsession with capturing what he saw as its rugged and adventurous soul. It seems like someone really felt we needed some pro-Iowa propaganda.

And I can see why. After all, as we sat watching the second act, about Wood’s evolution as an artist and as a gay man in Paris (an evolution he would ultimately spurn, the opera posited, to return home to a more heteronormative life as a regionalist painter because of societal and familial pressures), the Twins were completing a sweep of the Tigers in a rain-shortened two-game series. But, of course, few of us in the theater would have been able to enjoy that game anyway, given Major League Baseball’s oppressive blackout restrictions.

Just as the Twins are blacked out in Iowa for those unwilling to shell out a cable or satellite subscription, plus a subscription on top of that to the club’s regional sports network (RSN), so too are the Brewers, White Sox, Cubs, Royals, and Cardinals. MLB.TV blocks more than a third of MLB games per season from Iowa residents. (Ditto for people who live in Nevada.)

It’s understandable, then, why Iowa residents might need a little reminder that their state isn’t so bad. That, in one case at least, Iowa inspired someone who inspired others to see it as more than an empty expanse of flat land and farms. That there were people there too. Stern and hardscrabble people who needed cheering up. The kind of cheering up that might happen, say, if one were allowed to watch their favorite baseball team. But we aren’t, and so all we’re left with is the life story of Grant Wood, and the surprising amount of full-frontal nudity it contained. We’re doing the best that we can with the scraps we’re given. 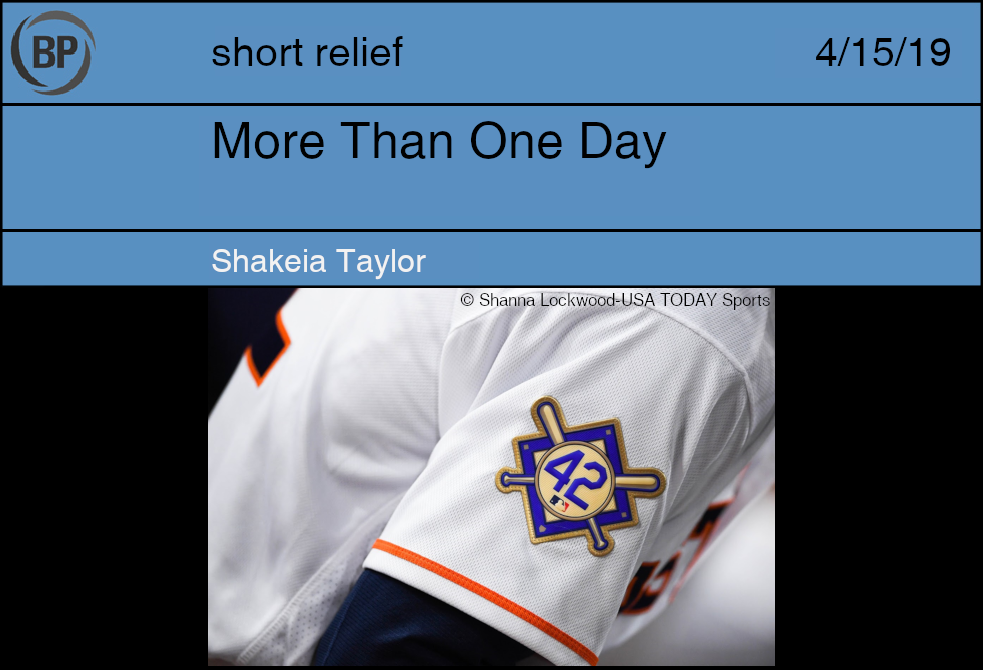 For the third year in a row, I planned a fundraiser in honor of Jackie Robinson Day. It’s nothing formal, just a gathering at a local baseball bar with guest bartenders where all cash tips and raffle monies are donated to the Jackie Robinson Foundation. It’s a great cause and lots of local baseball fans, writers, and other sports adjacent folks participate. I’m extremely grateful to everyone who attends and/or donates to such a worthy cause.

Though a fun time, through conversations with attendees, I’ve realized the actual impact of who Jackie was isn’t very well known outside of his contributions to major league baseball. I spent a good portion of the evening telling people things about him that go beyond breaking the color barrier. That he was arrested more than once for standing against racism and refusing to be treated as less than. That after his retirement, he devoted his time and money to civil rights, even raising money for jailed activists, and he became politically active. That he protested the leagues’ lack of non white managers. Jackie was the prime example of someone using his money and celebrity to uplift causes that were important to him, his family, and his community at large.

Every year, so much attention is paid to the anniversary of Jackie’s debut, but perhaps it’s time we dig a little deeper into who he was as a person. It was more than a game. Jackie was bigger than baseball. 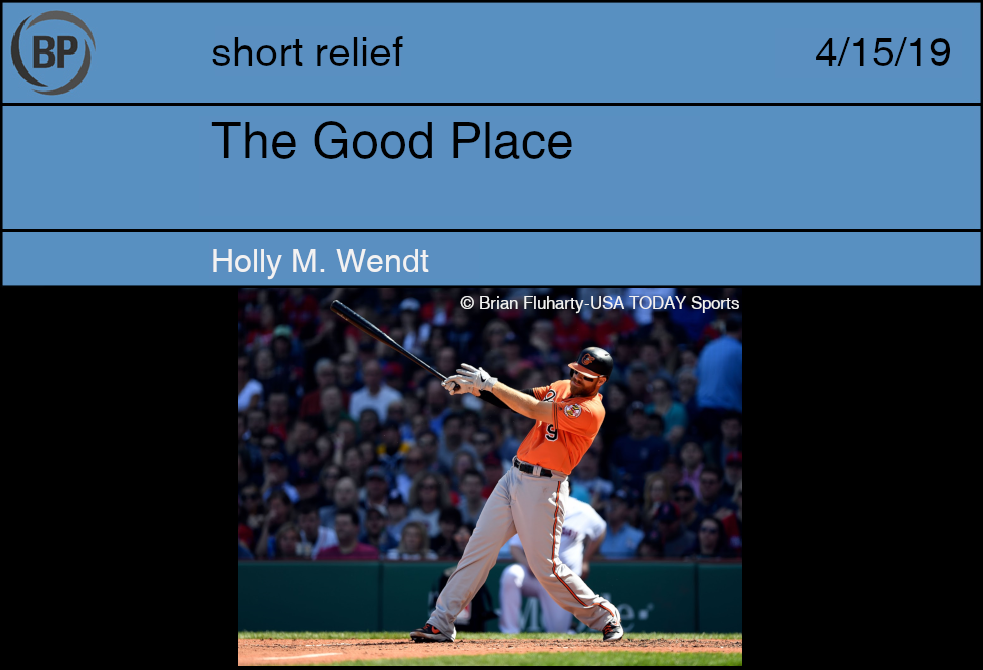 The annual Examined Life Conference, an undergraduate conference designed to showcase student research and creativity all across the liberal arts curriculum, recently took place at my campus. This year’s iteration had, as a theme “the/a good place.” In addition to being a relevant invitation to contemplate the concept of an examined life, it was a deliberate riff on the NBC-aired television program The Good Place, which interrogates approaches to ethics and a whole host of philosophical concepts (not the least of which is the idea of an afterlife and what such a thing would be like). The idea of a good place (and one’s presence or absence therein) seems like an ideal framing for the opening weeks of a baseball season.

That’s what these early days are, right? A trial of teams’ off-season preparations to begin and then end (ostensibly) in a good place. In good stead. In good shape. A good place is also a forward-looking thing, a hope for the future because, once there, who would want to leave it?

But, as all philosophical inquiries encourage understanding the terms in play, what does one mean by “good?” There are standard sports answers to be had, constructed around championships, dynasties, and so on. And there are the apparent answers intimated by MLB’s 2019 squads prior to the season’s first games, which attest to a certain mutability of definition, running the gamut from “filling all roster slots with absolutely, definitively, living persons” to “creating an offensive juggernaut with especially great hair” to “collecting all of the tallest players.” And, of course, to be a little less flippant and a little less presumptive, a pre-season good place means a roster full of players whose skills and abilities offer reasonable expectation for success, whether that success is couched in terms of immediate contention or future aspirations.

Expectation isn’t a mandate, though, and these first weeks—so small a portion of the season—have challenged expectations already. The Mariners astound; the Red Sox underwhelm; the Phillies have apparently broken some cursed aquarium in Miami, as that’s the only way to explain Thursday and Saturday’s performances.

And then there’s Chris Davis, whose early season challenged the very conception that this is a universe in which a good place exists at all. As the entirety of the baseball world knows, Davis opened the 2019 season without a hit in 38 plate appearances and in 17 games, stretching back to 2018. In 2019’s stretch of Sisyphean struggle—during which, perversely enough, the Orioles outperformed expectations—Davis became the owner of the kind of record no one wants. The jokes abounded; the critiques mounted; the pledges of gifts and sacrifices—not the least of which were various offers of free libations at Baltimore bars—multiplied. Occasional at-bats suggested a breakthrough might be nigh, the sharper heartbreak of almost, and still, Davis lingered in his own personal Tartarus.

That is, until Saturday afternoon, when Davis’s first-inning single drove in two runs. Not only did Baltimore fans rejoice, but so did fans all over baseball. So did Red Sox players and fans, though they would find themselves on the losing side of the scoresheet at game’s end and one spot lower in the division.

The optimist in me says this moment is not only the good place, but also the best place: joy in a minor defeat of the universe’s indifference, joy that works across the boundaries of team allegiances and geography. I spoke to a poet friend who was in Camden Yards the weekend I was listening to my students present their conference papers; he said the fans did not boo Chris Davis. They couldn’t be mad anymore; the plight was too hard, too cruel. And then, a week later, on a 1-0 fastball in the top of the first, even the fans in Fenway had to cheer: here was a small triumph, a gift, a boon, that was too much to meet with derision.

You need to be logged in to comment. Login or Subscribe
Gary Gary
Nice little story there, the "Baseball Landscape." I found it humorous when it was mentioned that Grant Wood was a teacher "before he became successful." I'm sure you didn't mean it that way, but being a teacher is fast losing its perceived value in American culture.
Reply to Gary