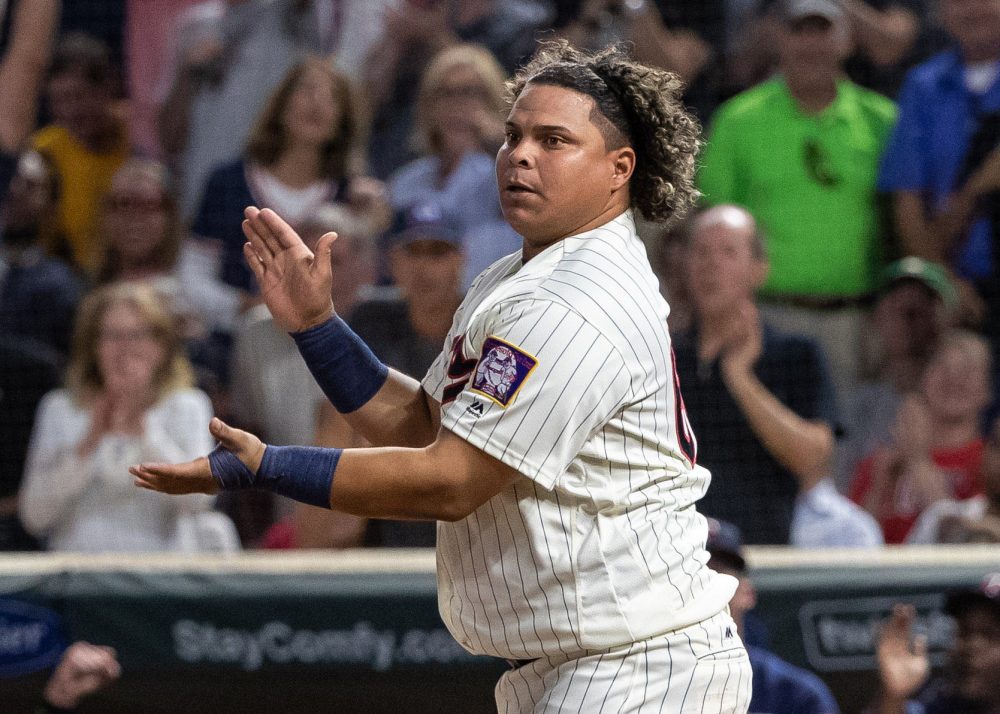 I’m a lifelong Minnesotan who’s been writing about the Twins for 17 years and co-hosting a podcast about the Twins for nine years. I’ve never seen any player become more immediately beloved by Twins fans than Willians Astudillo without being a star. Not even close, really. He’s reached cult hero status. Prince. Dylan. La Tortuga. Last week, I witnessed a room full of 125 people erupt when he appeared on screen as a pinch-hitter, not unlike the pop Hulk Hogan used to get at WrestleMania. And with each passing day, the notion of Astudillo actually being a star is slightly less implausible.

Astudillo wasn’t in the Twins’ plans last year, signing a minor-league deal and spending the first three months of his age-27 season at Triple-A. Called into action when injuries depleted their catching depth, Astudillo made his big-league debut after a decade in the minors and hit .355 in 29 games. Then he played winter ball and hit .316. No sure thing to make the Opening Day roster, Astudillo hit .317 this spring to secure a bench spot. Slated for a minimal role as the third catcher, Astudillo has already played his way into semi-regular status by going 8-for-23 (.348) with four extra-base hits.

He’s gone from being an intriguing minor-league stat line to everyone’s favorite novelty act to “why the hell isn’t Astudillo starting every day?!” in 36 total games, which is what happens when you’re built like a bowling ball, everything you do is GIF-worthy, and you hit .353/.374/.534 with just four strikeouts in 123 plate appearances. Let’s get this out of the way before going any further: Astudillo isn’t this good. I mean, obviously. However, the assumption that the clock will strike midnight and Astudillo will turn back into a pumpkin is not a safe one.

His ability to make contact is unmatched in modern baseball history and is especially remarkable at a time when hitters whiff more than ever. Astudillo has struck out in 3.3 percent of his plate appearances for the Twins, roughly one-seventh of the current MLB average and less than half as often as the next-toughest major leaguer to strike out since the beginning of last season (Joe Panik, 7.3 percent). Tony Gwynn has the lowest career strikeout rate (5.2 percent) of the past 50 years while striking out nearly 60 percent more often than Astudillo has so far.

So yes, there will come a point—maybe very soon—when Astudillo is not hitting .353 or even .313, and when that happens it’ll perhaps be easier to realistically evaluate his abilities detached from the euphoria of watching a funhouse-mirror Ichiro Suzuki. However, as long as Astudillo’s strikeout rate remains anywhere close to its current level—and the level he displayed throughout a long minor-league career, including a 3.8 percent strikeout rate at Double-A and Triple-A—any attempt to reverse-engineer a more “realistic” batting average is still going to be plenty impressive.

Astudillo is essentially a “what if the hitter put the ball in play every time?” hypothetical come to life, and in the rare instances when his at-bats don’t produce a ball in play he has as many homers (4) as strikeouts (4). His career BABIP is .336, which probably isn’t sustainable but also isn’t that crazy. One-sixth of active hitters with 1,000 or more career plate appearances have a BABIP above .330 and a handful are above .350. Plus, even a league-average BABIP of .300, when attached to a strikeout rate below five percent and the occasional homer, would still allow someone to hit close to .300.

Astudillo’s preseason PECOTA projection of .265/.302/.432 would make him an average MLB hitter and well above average among catchers. It may even qualify as optimistic for a minor-league journeyman. It also includes a 10.6 percent strikeout rate—good enough to rank among the league’s best, but also three times higher than Astudillo’s strikeout rate in the majors or the minors. PECOTA projects him as just a run-of-the-mill high-contact hitter, whereas evidence is increasingly mounting that Astudillo is actually the king of contact hitters.

Throughout the entirety of the affiliated full-season minor leagues from 2006-2018—literally thousands of individual player seasons—there were just six instances of a hitter with at least 300 plate appearances and a strikeout rate below 4.7 percent. Four of those six—including the top two—belong to Astudillo, who did it at Single-A in 2014 and again in 2015, at Double-A in 2016, and at Triple-A last season for the Twins. He’s whiffed a grand total of 85 times in 2,584 plate appearances as a professional, including a strikeout rate under five percent at every stop from rookie-ball to the majors.

Many of the biggest recent breakouts have come from high-contact, low-power hitters who unlocked more power by elevating the ball and swinging with increasingly evil intentions without losing their bat-to-ball skills—think Jose Altuve or Jose Ramirez, for example. Astudillo is the high-contact hitter and never had more than four homers in a season before joining the Twins last year. Then he hit 12 homers in 78 games at Triple-A and another three in his 29-game MLB debut. He launched a mammoth homer last week and, in general, has been taking big hacks meant to do damage.

The result—so far at least—is the best of both worlds, as he’s maintained an absurdly low strikeout rate with a slugging percentage 200 points higher than his AVG. Both his exit velocity and hard-hit rate are close to the MLB average and his launch angle is slightly more geared toward fly balls than the average hitter. Astudillo isn’t just making contact at all costs, leading to routine grounders and pop-ups, he’s hitting the ball hard and he’s hitting the ball into the gaps on the fly. At some point, that combination of skills is so straightforward that the only viable analysis is “he’s a good hitter.”

But where does he play? Minnesota is set at designated hitter with Nelson Cruz. BP’s catching metrics rate Astudillo as an average framer and thrower going back to Double-A, contradicting his poor defensive reputation, but the Twins seem to view both Jason Castro and Mitch Garver as superior options behind the plate. Just two of Astudillo’s five starts this season have come at catcher, with two more at third base and one at first base. In his short time as a major leaguer he’s seen action at catcher, first base, second base, third base, left field, center field, and even pitcher.

Catcher has been his primary position for a decade and it’s where he could make the biggest impact for the Twins, but La Tortuga, Super-Utility Man could be a helluva thing too. He’s probably not an above-average defender at any of those other positions, but he’s certainly passable enough to warrant occasional starts and provide “break glass in case of emergency” flexibility. Add it all up—and compare Astudillo to the marginal players who carve out niches as backup catchers and utility men each year—and there really isn’t much that we’ve seen so far to suggest he’s not a valuable major leaguer.

He’s hit for big averages and minuscule strikeout rates at every level. Of late he’s added power. And his defense is decent enough, and versatile enough, to make him an unconventional utility man for manager Rocco Baldelli. After a career-long struggle to be taken seriously as a prospect, maybe Astudillo has finally reached the point where the fact that he doesn’t look like a typical valuable major leaguer stops taking precedence over his on-field production or at least ceases holding him to a far higher prove-it standard than anyone else. It’s a feature, not a bug. He’s a turtle, not a pumpkin.

You need to be logged in to comment. Login or Subscribe
John Wood
he brings me joy
Reply to John
Timothy Moscato
agreed
Reply to Timothy