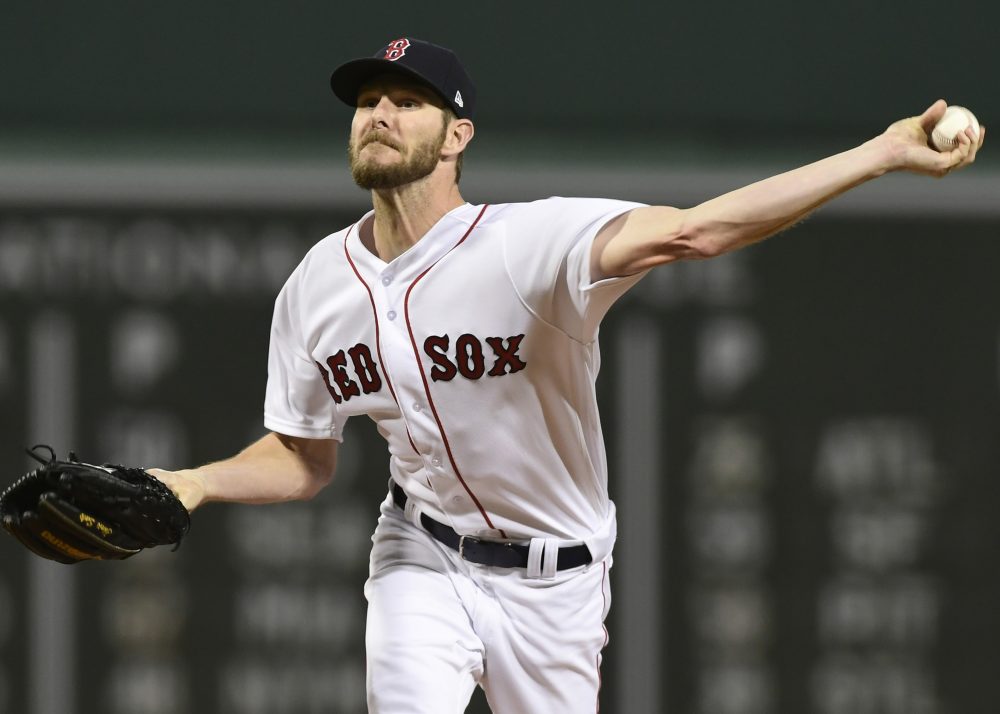 In a world full of statistics that help us determine a pitcher’s performance level and predict how they’ll fare in the future, DRA was (and still is) innovative in its approach. Building off of Voros McCracken’s DIPS theory, Tom Tango’s Fielding Independent Pitching, and Colin Wyers’ Fair Run Average, the goal of DRA is to present a value on the common runs-allowed-per-nine-innings scale that more accurately described the pitcher’s effect on run prevention.

The mixed-model approach developed by the statistic’s creators allows DRA to credit or debit a pitcher for every pitching event, from strikeouts to home runs. There’s an average value for each of these events (commonly referred to as “linear weights”), and then each event is adjusted for context factors like opposing hitter, park, temperature, pitch framing effects, and much more. This makes sense intuitively: any pitcher is much more likely to give up a home run on the road to Aaron Judge than they are to give up a home run at home against Billy Hamilton.

After the model makes these adjustments and factors in a few base-stealing effects, our DRA is calculated.

You’ll notice that the Showcase page says “Deserved Run Average Minus (DRA-)” instead of DRA … so why is that? Where the original DRA lives on that ERA-adjacent scale that looks like a number of runs allowed per nine innings, DRA- is an indexed version of that statistic. That means that DRA- instead compares a pitcher’s performance to the league, where a score of 100 means that the pitcher performed at the league-average level.

Anything higher than 100 means that the pitcher pitched below-average, for example Marco Estrada’s DRA- of 160 indicates that he was particularly terrible last year. On the other hand, Chris Sale’s DRA- of 50 last year means that he’s 50% better than the league average for DRA and one of the game’s elite. This puts DRA- on the same aesthetic scale as DRC+, making it easier to evaluate, at a glance, what should feel “good” or “bad.”

Let’s face it, how many pitchers are throwing nine innings these days anyway? There’s an argument to be made that ERA should be on a six-inning scale … but that’s another article entirely. DRA- helps us quickly understand how pitchers compare.

You can find both DRA- and DRA on each pitcher’s player card, as well as on our sortable stats leaderboard. A good rule of thumb for using these metrics is to use DRA- frequently to compare pitchers across leagues, eras, and other contexts, while DRA will help you imagine their performance on an ERA-type scale, comparing how their results have compared with their process over a given timeframe.

Where Are DRA- And DRA?

One thing we’d like to note here is that if you’re excited to dive into 2019’s DRA- and DRA statistics, you’ll have to hold off for a couple of weeks. In order for this metric to have its expected level of accuracy, we need more data than can be found in the first few games of the season. Therefore, we don’t publish our DRA-related numbers until a few weeks into the year.

Your TL;DR version of this already-brief article goes like this: if you’re looking to evaluate a pitcher’s expected contribution compared to league average and get a good idea of how they’ll perform in the future, DRA- is the tool for you. Find out more about this statistic, how the sausage is made, and a host of fun facts over at our DRA- Showcase, and Happy Opening Day(s).

You need to be logged in to comment. Login or Subscribe
trojim
Thanks for bring this to us. At some point, I would appreciate an article which explains the run value components of DRA (NIP runs, hit runs, and out runs). I struggle with understanding these, especially with the difference between hit runs and out runs, and why they imply about a pitchers skill set. Thanks.
Reply to trojim
Bryan Grosnick
Putting this on the to-do list, because it's an excellent suggestion. Thank you!
Reply to Bryan
trojim
....what they imply...
Reply to trojim
CoachK
I love this stuff. Some days, I can actually get time to spread it out and analyze. However, this is why I pay you guys. How about providing some type of quality lists to show forecasts or current stats.? IMO BP is losing share, because it writes about formulas etc. please relate your deep minds to providing lists of + or - players.
Reply to CoachK
Carl Goetz
I saw an article from 2015 (I think) that had Jack Morris with 64 career WARP. His player page now is around 50. What changed?
Reply to Carl