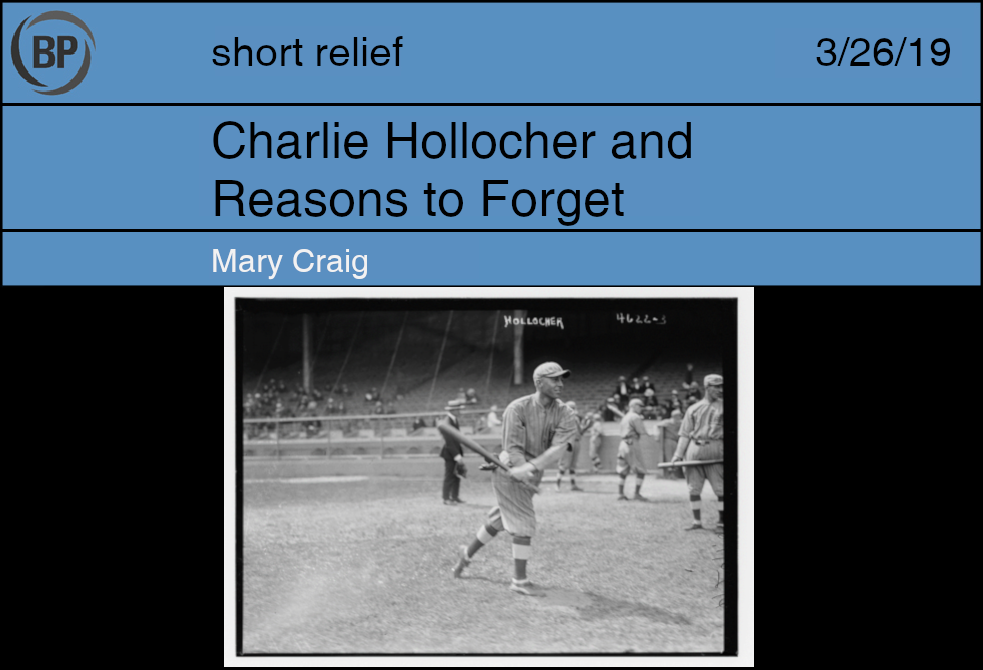 Throughout its lengthy history, professional baseball has deemed many players to be the “forgotten man,” most left behind because they weren’t skilled enough or weren’t around for long enough. However, a select few have been forgotten because forgetting them allows us to live more comfortably, without the confusion of painful questions hovering over our heads. Belonging to this latter category is Cubs standout of the ‘20s, Charlie Hollocher.

On August 3rd, 1923, Charlie Hollocher left a note for manager Billy Killifer explaining that he had grown tired of baseball and would not play another game that season, but he wished the team well. News of any other player of Charlie’s talent quitting in the middle of the season would have been received far more shockingly. Charlie, however, was prone to disappearances, typically masked as bouts of some mysterious stomach illness.

The following season, Charlie’s mysterious illness resurfaced, first during spring training and then several times throughout the season. His batting average plummeted from the previous year’s .342 to a miserable .246, and in September, Charlie left Chicago for his home in Missouri to deal with his ailing health, unsure if he would ever play baseball again.

He tried—and for very brief stints succeeded—to return to the game he loved so much, first in 1925 and then every year until 1931, but his illness remained undiagnosed and untreated. In 1933, now 36 years old, he gave a rare interview to The Sporting News about his retirement:

My health first broke at Catalina Island in the spring of 1923. I returned to St. Louis for an examination by Dr. Robert F. Hyland, who examined me and then turned me over to a specialist. They advised me that I would ruin my health if I played ball that season…When I quit, some writers hinted that there must have been other reasons besides my health. One story was that I had trouble with other players, another that I had made and invested enough money to enable me to retire. All of which is the bunk. If I had my health I would be playing baseball even if I had a million dollars. I love the game.

Sportswriters of that era, as well as medical doctors, were unequipped to handle Charlie’s case. There was no cure for his ailment and no way to properly grapple with his career. For much of his life, he was left to find his own makeshift solutions, until he ran out of them or found the only one that he believed was an actual solution. On August 14th, 1940, he ended his own life.

He left no note, no way of properly contextualizing his death. All we had then and have now are questions about his death, his career, his mysterious pain, and whether it all would have been different had he been born 100 years later. Even with the passage of time, because we are still ill-equipped to answer these questions and they are too bleak to dwell on, we instead have chosen to place Charlie among baseball’s forgotten. 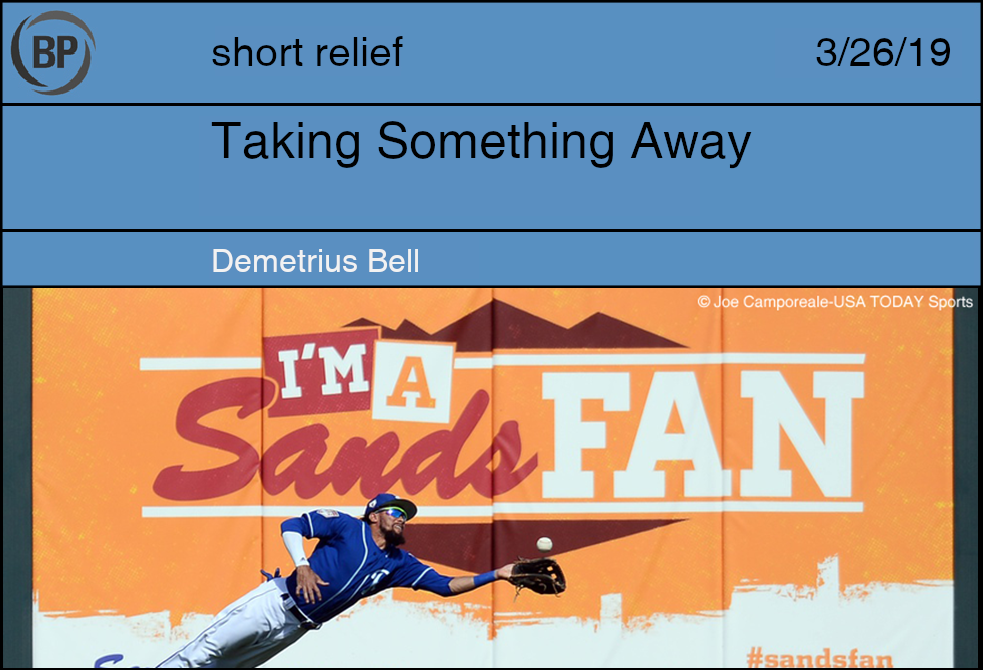 We‘ve mercifully reached the best part of spring training, which is the end. After spending an entire month in the swamp or in the desert, the clubs across baseball finally return to their normal headquarters and in just a few days, the regular season is finally about to get rolling. Still, even though most fans and players are probably thrilled to see that spring training is about to be in their rearview mirror, this seems like the perfect time to look back on two teams who had a notable offseason for completely insignificant reasons.

In an alternate universe where the Grapefruit League and Cactus League actually matters, the Boston Red Sox wouldn’t be the only team honoring their team as conquering heroes from last season. Instead, we’d see three teams returning home with maybe a quick pop of confetti at the most. Congratulations are in order for the New York Yankees and the Kansas City Royals, who took home the Grapefruit League and Cactus League titles in 2019.

Even in an alternate universe, it would be incredibly difficult to imagine the Yankees celebrating this title. They’ve won the actual World Series 27 times and they have dozens of American League pennants. A tiny confetti shower would actually be an insult in the eyes of people who have watched that franchise win everything that you possibly can in this sport. Still, it’s always nice to get your season started on the right foot. If anything, the Yankees can feel good about knowing that the last time they won the Grapefruit League, they won the World Series as well.

It’s a good omen but at the same time, you should not take spring training success to the bank. I highly doubt that you or any other baseball fan is going to pencil in the 2019 Cactus League Champion Kansas City Royals as a playoff contender for the regular season. The rest of the season may end up being forgettable, but you will never forget when Kort Peterson hit a solo homer in the ninth inning to preserve a glorious 3-3 tie against the Texas Rangers and ensure that the Royals would leave Arizona with the bronze cactus (or whatever it is that they would give teams for winning the Cactus League).

The most important part is that even though the Yankees and Royals are on two completely different sides of expectations when it comes to this season, they can both share the boundless optimism that comes with a good spring. For the Yankees, you can see that as the start of what could be yet another season at the top of the sport. For the Royals, this could be the genesis of a season where they buck all of the projections and trends and pull a magical year out of nowhere. The spring training league titles are meaningless, but hope has to count for something, right?