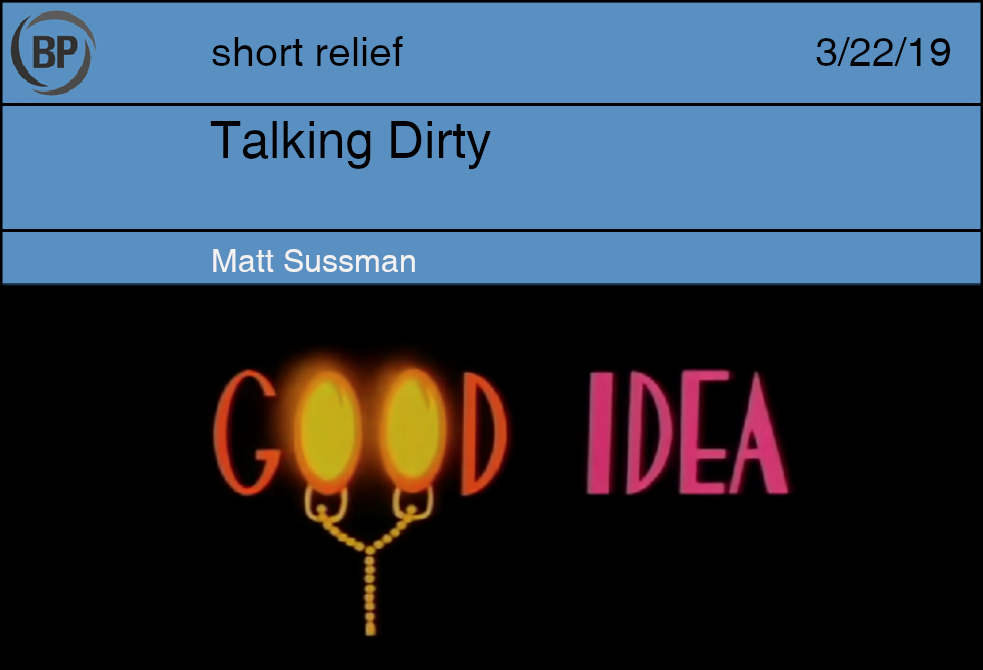 So apparently they’re going to tinker with the mound placement in the Atlantic League. Did you see this? Did you hear about this? Moving it back is obviously going to cause the fabric of the pitching universe to collapse upon itself, but it’s still cool to try and tinker with century-old standbys. Move the mound a little bit? Is that all you’re afraid of?

Why not move it into three different places? 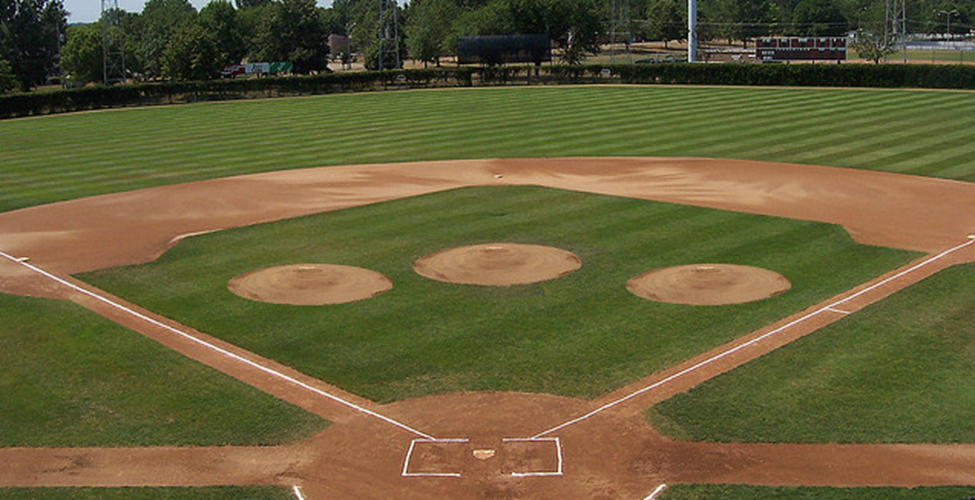 Triplemound is, to put it simply, the most recent idea I’ve ever had. You want to give the batter multiple looks? This is the way to accomplish it. Pick whatever mound you want and pitch. The side mounds would allow you to pretend you’re Chris Sale, even though we all know you’re not. If the batter gets a foul ball, sorry, but you gotta change mounds.

I would not advocate for three pitchers in the game, of course, though it would be entirely legal under Triplemound rules. While I haven’t decided this, I would be open to the legality of a hidden ball trick where the first and third baseman stand on the other mounds and all three wind up at the same time. But like most hidden ball tricks, this will likely work just once a year.

The downsides of implementing Triplemound in an independent league starting next week? To date, none have been considered, though it’s possible that since there’s a large thing sticking out of the middle of the mound, technically these are almond joys. 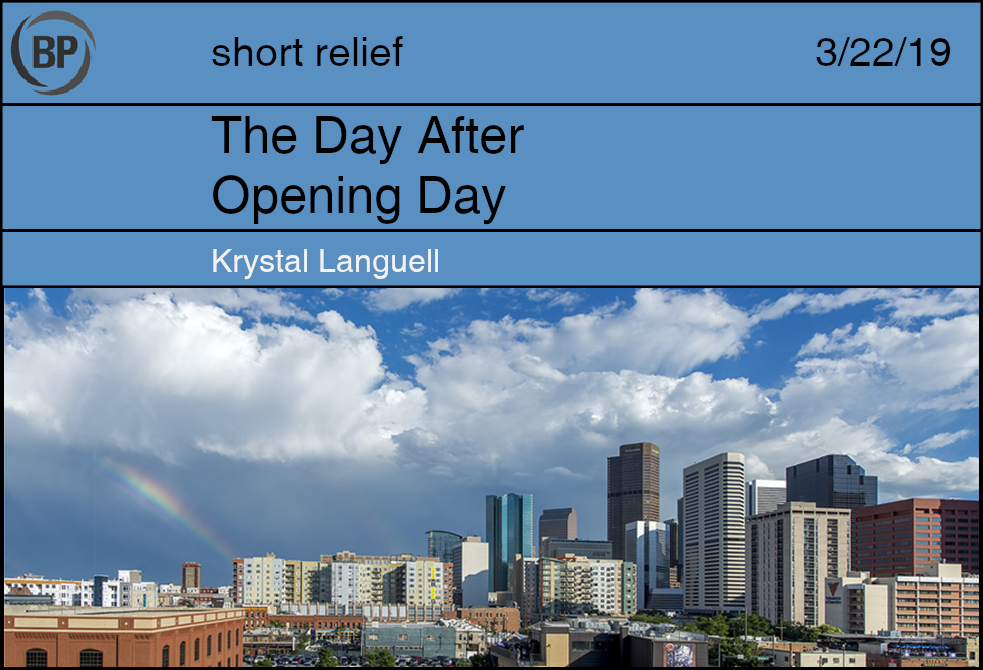 We were at Coors Field
with more tickets than we
really needed and a little girl
a few rows up was cheering
for Dexter Flowers over and
over and I will love you again
like I used to is part of a song
but also an idea I wrote many
pages on to argue that all real
love lasts forever. It was the
same year we were deciding
who to be. Like love, decisions
also happen forever. I said
I’d cut hair in Mississippi. You
went to the wrong part of Texas.
It was the same time as
everything else and her dad
had a fifth of vodka in his jacket
pocket. We tried to sell our
extra tickets to a man who
very usefully said, “It’s not
Opening Day.” He didn’t see
that we were in an infinitely
thick layer of all possible days,
what with the simultaneous
reality of all possible worlds
pressing against us at once
so it was also opening day and
it was also today but also too
I used to love you again and
when the Cubs won in seven
and when Big Papi retired, we
talked one year and not another
but now we are finally friends
like we always used to be. 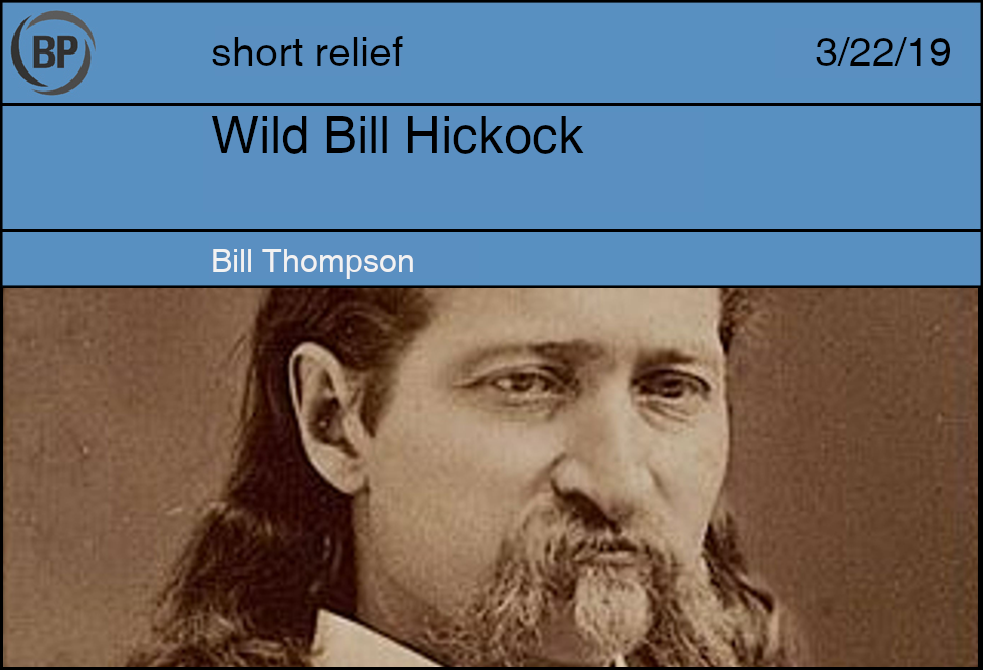 The batter digs himself into the box, bracing for the next pitch. It arrives, and he tenses, his shoulders pulled back, but no more: it’s off the edge of the plate. He’s already planning where to look for the next one when the late “steerike” breaks his concentration. He turns, seething, to berate another incompetent umpire, his mouth open, but no more.

His eyes are drawn, instead, to the glint shining off the umpire’s six-shooter. Maybe, he decides, it was a strike. It’s certainly possible. By the time his glance reaches the ump’s eyes all the anger and frustration is gone from his face, replaced by a weak half-grin he flashes before tipping his cap and walking back to join his team on the bench. The crowd lustily cheers – this time, not for the pitcher, but for the umpire himself.

Seems fantastic, but it’s highly probable the above played out just as described. At least twice in his life, famed gunslinger and United States Marshall Wild Bill Hickock was called on to umpire a baseball game. According to historical records, both times he took his task very seriously. So seriously that he kept his six-shooters attached to both of his hips, ready to quelch any shenanigans. Nothing untoward ever occurred, which is perhaps the least surprising statement ever written.

Robotic umpiring has long danced at the periphery of baseball conversation; it’s years away, but maybe only years. A computer tracking system will designate balls and strikes in the hope that a more accurate ballgame is called. Maybe instead of your basic Trackman technology, Major League Baseball is aiming too low. Ditch robo umps for robo Bill Hickock’s! That’s the answer no one ever knew they needed. The human version worked for the Antelopes and Pomeroys, and now the robo version can work for the Diamondbacks and Dodgers. Or, maybe it won’t, but that’s what testing is for.

You need to be logged in to comment. Login or Subscribe
Sharky
Not a hater, but I sure don’t get it, Krystal. Doesn’t seem to be about baseball.
Reply to Sharky
Cameron eadie
Krystal’s prose are so drenched in baseball , youth and life I can see forever. Great job Krystal.
Reply to Cameron
Anthony Worrall
Triple mound sounds fun, but what if centre mound was 55 feet away and left and right mound where 65 feet away , would this do away with triple mound?
Reply to Anthony