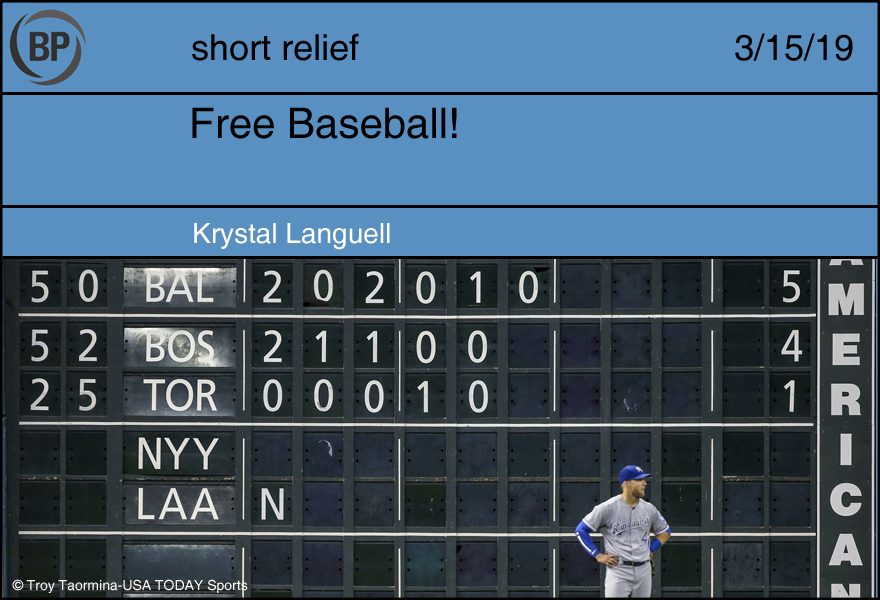 Where extra does not mean free,
just longer, and the outfielders have
lost the brisk skip of earlier innings,
a unit concludes only with a win and loss.

Weeknights especially, more cost than
boon to stay longer. Keith Law says
no such thing as free baseball, only
the unit known as a single game.

This ticket entitles the bearer to a
technically unlimited number of innings
played and all the rights and privileges
with no responsibility for the outcome.

When one is obligated, I suppose
the feeling is overtime. I wondered,
“What business is it of mine that
Ryan Theriot has entered arbitration?”

Knowing the players is very business,
very workplace, and it is inside the market.
But doesn’t the magic do? Enough!
No payment, no outburst required. 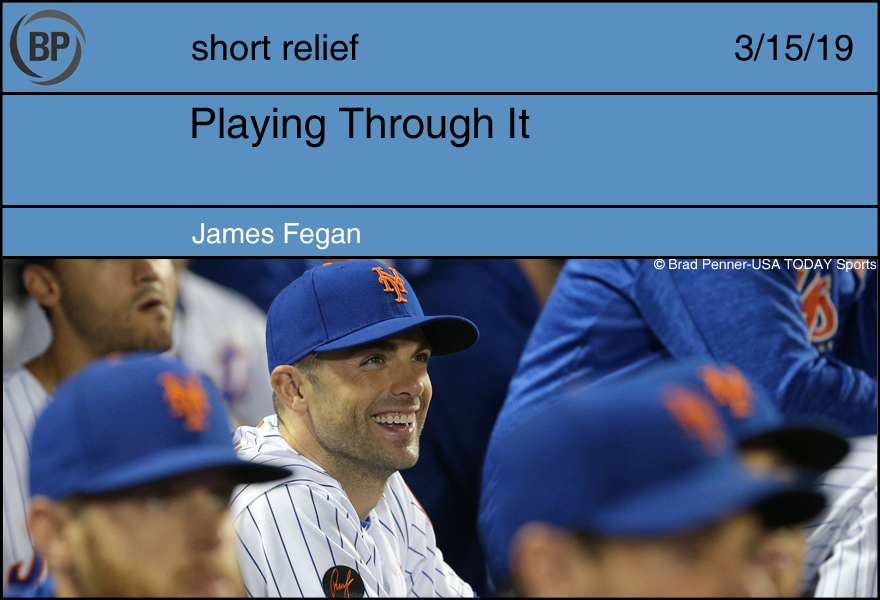 I have a relative who is ready to die. Their pain is pervasive and obstructive to the things that would make life worth living for them. They have already lived as long as they expected, they reason.

It’s hard to say if there is more horror in reaching the point where you have to reach this conclusion on your own, or have it done for you before you ever would think to. Both are ways of dying and dying ain’t good.

In baseball, it’s somewhat rare to find a player who even gets a moment to consider the balance between the joy they find in the game, and how much it hurts them to play it, the satisfaction of what they’re able to do on the field and how much labor in the trainer’s room goes into enabling it. Or the purpose in what they are still able to do physically and with their acquired experience balanced with the frustration of the fastball that’s no longer accessible, the bat speed that was used up on sliders later learned not to chase. More and more, it’s decided for them, and their solace is the righteous indignation that only they know how truly too soon it was.

For me, it’s not close. There’s more joy than pain, more nuance and fascination than grime and avarice. And above all, more than ever, following the game is all I have, the thing I’m better at than I’ve been at anything, and it’s harder to imagine turning around. But I’m taking time to consider the balance, and that’s a horror, but probably a blessing to be able to do at all. I’ve been able to watch and write baseball longer than I expected, I reason. 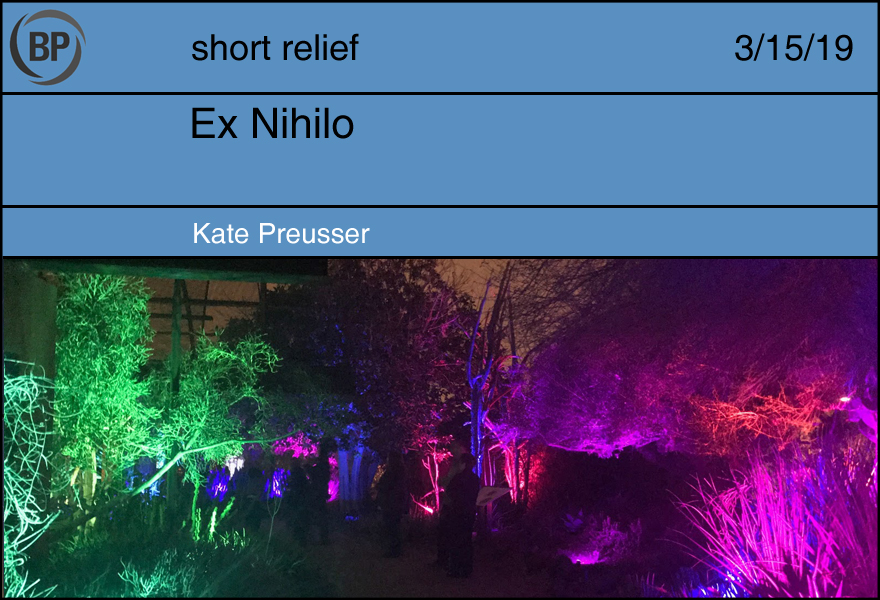 The Spring Training games were rained out on Tuesday, as was practice, and my friend had left that morning. And so I was left with a block of unscheduled time and no one and nothing with which to fill it. The desert is the place of nothing, I figured, so I leaned into the xeriscape and drove a half-hour south to see the Electric Desert at the Botanical Garden.

I have never much enjoyed cacti, those spiny succulents with their bulbous protrusions and vaguely suggestive shapes, so willingly driving to see acres of them indicates my level of boredom with the cultural offerings of the greater Phoenix area. What was I supposed to do, I reasoned, as I piloted my tiny green rental car into the last available parking space. There was, after all, no baseball.

It was Community Day at the garden, meaning pay-what-you-wish, meaning shoulder-to-shoulder tourists looking to save a buck on their spring training vacation, here on a day with no baseball. There was no credit card machine running on pay-what-you-wish day, so I gave the woman at the ticket booth a crumpled ten plus some dollars I had wedged in my wallet, and was equal parts dismayed at the level of her delight, and pleased to feel the effects of my own largesse for once. Look at me, Ms. Big Spender, Ms. Patron of the Arts and Sciences over here. I walked into that garden like I owned it.

As someone who travels mostly alone, and is nosy, my ears are always swiveling to find an opportunity to join a conversation, or to prise out interesting tidbits of information. It’s amazing what people will say in front of you when you are alone, and wearing the particular shroud of invisibility that descends upon a woman of a certain age. With a garden full of displaced baseball fans, I honed in on those wearing team colors and listened, but no one was talking baseball. Baseball, that day, did not exist. Instead people read out the names of plants, butchering their Latin names and delighting in their common ones (beaver tail, scarlet hedgehog, grizzly bear prickly pear). They took pictures mimicking the saguaros in the background, arms akimbo or upthrust. They cooed at the quail quick-trotting along the trails, unafraid but uninterested. After a while I put my phone away and concentrated on desert sensations: the Suessian, showy splay of leaves from a yucca; the gritty rock crunching beneath my feet, the petrichor smell of creosote, smoky and sweet. Everything else fell away, and I with it.

At 6:30 sharp, the Electric Desert show started. New Age music, insistent drums and whispery flutes and synthesized notes with no real tune, poured from speakers wired to unsuspecting cacti. Bright neon light, timed to the music, exploded in a rainbow of colors, making the nubs of barrel cacti look like dials on an enormous alien spaceship. Something called an Infinity Crystal, a giant prism of light, glowed ominously, although it was forced to wear a rain bonnet to ward off wayward droplets, diminishing its gravitas somewhat. The hillside facing the garden was tattooed with light and drumbeats. It all ran roughshod over the desert surroundings, which I now realized wasn’t nothingness, as I’ve thought of it for decades, but rather a very simple something, something eternal and unchanging, a tune played too quietly for most to hear. It made me miss baseball, very badly.

You need to be logged in to comment. Login or Subscribe
Cameron eadie
I love Short Relief. I’ve just retired and am attending a memories writing coarse. As my teach said one session, “ Don’t write your story, show it ! .” Short Relief is my tutor.
Reply to Cameron