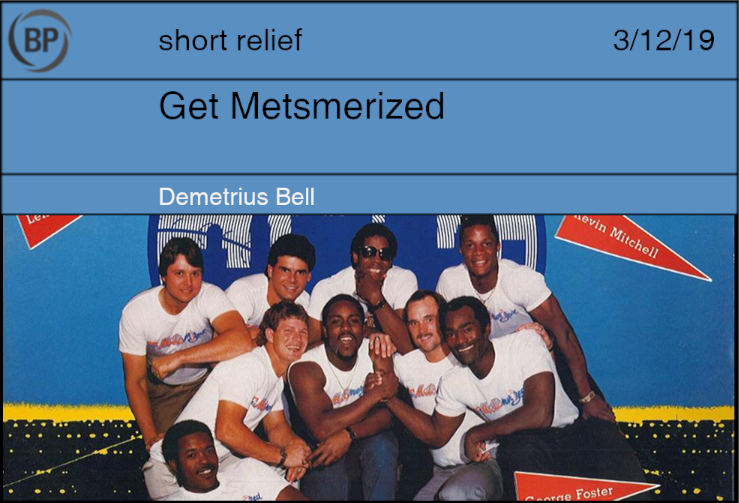 I was born in 1988, so I completely missed out on the 1980s era of baseball, only reliving it through traditional media like books and retrospective videos. Even though this was a terrible decade to be a Braves fan, I’d say that this is still one of my favorite decades. You lucky people got to experience things like Rickey Henderson stealing a century of bases on three separate occasions, the Expos opening and playing in a stadium that eventually got an ill-fated roof, the last stand for powder-blue away uniforms, and the Mets actually being a consistent threat towards the end of the decade. It seemed like a truly magical time.

The high-water mark of those glory years for the Mets was clearly their World Series season in 1986. The conventional argument would be to say that the best moment of the year was either their miraculous comeback in Game 6 or their title-clinching victory in Game 7. No, the best moment of the 1986 Mets season came all the way back in April. After New York won their first two games of the season, this was all that George Foster and a group of his teammates needed to hop in the booth and record a song about winning the World Series while there were still 160 games left to play.

In addition to calling their shot way earlier in their respective season than the 1985 Chicago Bears did when they recorded “Super Bowl Shuffle,” “Get Metsmerized” tops the premature football celebration tune in terms of awfulness as well. Even if we’re judging these baseball players on the 1980s rap scale, the lyricism and rhythm on this song is unbearable. The rapping on this song sounds like a robot trying to imitate a human after it heard rap for the first time. Rafael Santana at least has an excuse since English wasn’t his first language. All of the other players had no business trying to drop bars.

The saving grace of this song is the beat. This beat is objectively amazing and I can only imagine what even a competent rapper could have done had this tune fallen into their hands. Instead, the 1986 Mets got their hands on it and they proceeded to set the genre back by 10 years. The most amazing part of this is that the mastermind of this song didn’t even finish the season with the Mets. George Foster ended the year with the White Sox and all he could do was watch as the song he masterminded in April was eventually released during the month when he got cut from the team.

Despite committing this crime against music, the Mets went on to win the World Series and “Get Metsmerized” was permanently etched into the club’s history as a fun moment in time. Those Mets couldn’t tear it up on wax, but they definitely knew their way around a baseball diamond. 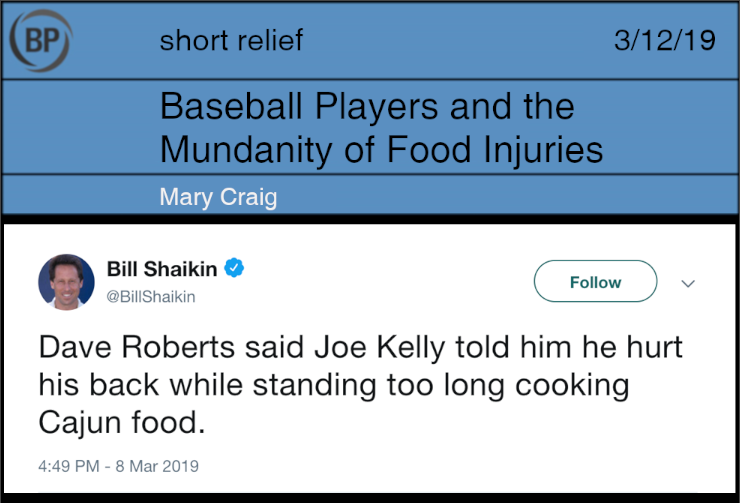 Throughout the game’s 150-year professional history, baseball players have spent a great deal of time attempting to toe the line between being superstars and being relatable to fans. For many years, players utilized their all-American rural personas, but as the game grew increasingly specialized, players scrambled to find some new source of je ne sais quoi. What they landed on (or what was chosen for them) was their seemingly unathletic physique. The likes of Cecil Fielder, David Wells, and Bartolo Colón helped convince the “average” man that they, too, could hypothetically play professional baseball.

Central to the notion that baseball players are “just like us” is the bizarre mundaneness of many player injuries. From being injured by a suitcase to suffering frostbite after falling asleep with an ice pack on one’s foot, players in recent decades have contributed a great deal to their relatability—players neither need to be intelligent nor look athletic in order to succeed! If a particular set of circumstances were different, the thinking goes, one’s wholly nondescript uncle or khaki-wearing neighbor could take the field for the Yankees.

A particular subset of odd injuries seem particularly relatable. I am, of course, talking about food-related injuries, of which Dodgers reliever Joe Kelly recently joined the ranks after injuring his back standing too long while cooking Cajun food. But just how does Joe Kelly’s injury compare to others involving food?

This tier houses injuries that are most likely to happen to us or a relative. They don’t make for exciting anecdotes, particularly after the third time your colleague has cornered you to tell you why he missed the team building events earlier that week.

Bret Barbarie – Missed one game in 1994 after getting chile juice in his eye while making nachos.

Jhonny Peralta – Missed one Spring Training game in 2013 after having an allergic reaction to clam chowder.

The injuries in this category are a bit less run-of-the-mill twists on classic injuries. They’re stories to which you could sincerely respond “that’s crazy!”

Tom Glavine – Broke a rib vomiting up airplane food in 1994. He remarkably didn’t miss any time.

Erick Aybar – Missed one game in 2016 in order to get a chicken bone removed from his throat.

The injuries in this tier are a bit less relatable, yet still involve class foods we know and love. They might not ever happen to you, but you’d have an anecdote for life if they did.

Kevin Mitchell – In 1990, he broke a tooth on a donut he had attempted to re-heat in the microwave.

Greg Harris – Missed 3 weeks in 1987 after injuring his elbow while competitively flicking sunflower seeds into the stands from the dugout. 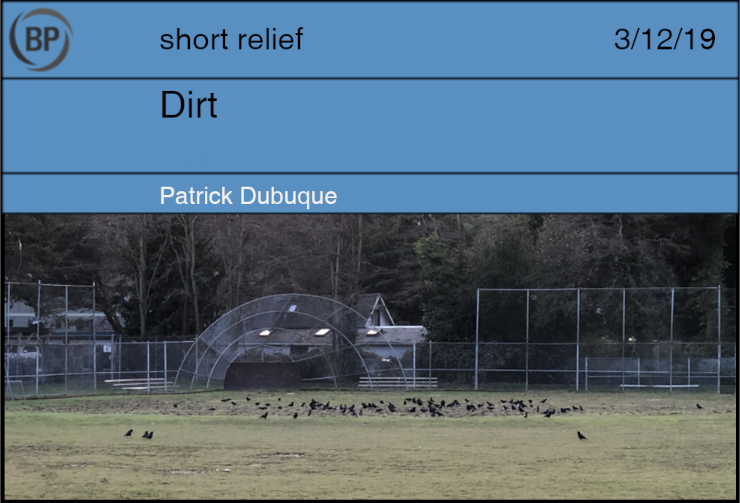 On the other end of town
Stamped into the hillside
Above the waterway
There was a graveyard
That stopped being a graveyard.
The Indians buried themselves there
Before the white folks came
And buried themselves on top of them.
Until they buried all the white folks
Under split-level houses
Crushed the gravestones into gravel driveways.
They told ghost stories of children
Chasing dogs in the woods at night
Burying the stories of the children themselves.

No grave lasts forever.
They only exist as long as
A living person gives another living person money
They pay to make the dirt
Something holy and chemical and vital
Some medium connecting the soul and the earth
A living mass composed of decay
A necessary reagent
To speed us onward.

The ghost stories are all wrong.
They don’t chase dogs
Or haunt houses
Or befriend dark-eyed, misunderstood little girls
They die
And they continue to exist in the dirt.
The dead don’t come back to life because
They don’t feel the need