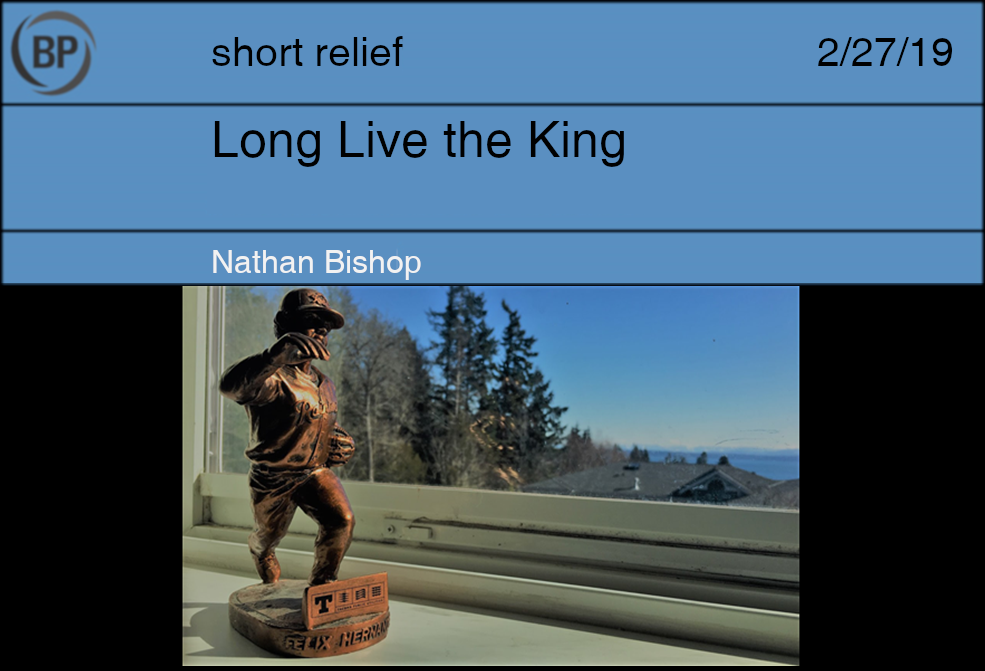 Top of the 1st

You’d never had an easy relationship with your dad. He was stern, usually at work, and had little patience for your youthful liberties. But it’s 2005, and you’re married now; young, very dumb, and very broke, but married. You’ve taken a job working with your dad not out of a sense of keeping the family business going, but because you have bills, and few ways to pay them.

The two of you don’t have much in common, but you have sports. Your first memory of hugging your dad, and him hugging you back is in 1995, in a condo in Bend, OR. After spending four hours watching Randy Johnson melt the California Angels with dragonfire and clinching the franchise’s first playoff berth, the skinny giant shot his hands in the sky. You and pops got caught up in the moment so, you hug. You’d find out much later that that’s not usually such a big deal for people.

Back to 2005, the very end of the first internet age. A decade from now the idea of myths and legends–people and things unverifiable by sight and evidence, knowable only by the passing of oral and written hyperbole–will be almost extinct. But, for at least one last summer legends are allowed to endure, and so you have Felix.

He’s more than a prospect, and he’s more than a phenom. Two years ago we’d heard reports of a round-faced teenager from Venezuela lighting up much older hitters with four plus pitches. By late July, 2005 he’s barely 19 and obliterating the PCL. This is before the game sacrificed its very soul to efficiency, before service time manipulation. Even though the Mariners are very bad, everyone knows the minors have nothing left to offer this generational wunderkind, this Mozart of the Mound. It’s time for the big leagues.

You and dad go see his last start in Triple-A, just a few miles down the road in Tacoma, WA. It’s sunny, and sitting on the third baseline you can see Mount Rainier in the background. The team, recognizing this was their last chance in a very, very long time to capitalize on Felix Hernandez in a minor league uniform, offer a giveaway: A statue. Not a bobblehead, a statue. They are remarkably sturdy, particularly for a minor league ballpark giveaway. They will not break. They are built to last.

Dad watches Felix throw five scoreless and, as The King laughs and hops over the baseline towards the dugout after snapping off a curveball that crossed both the inside corner and numerous dimensions, said he thinks “this kid could be pretty good.” It’s high praise. We don’t hug, but we smile and laugh. It’s a good day. A day to dream some good dreams.

Top of the 2nd 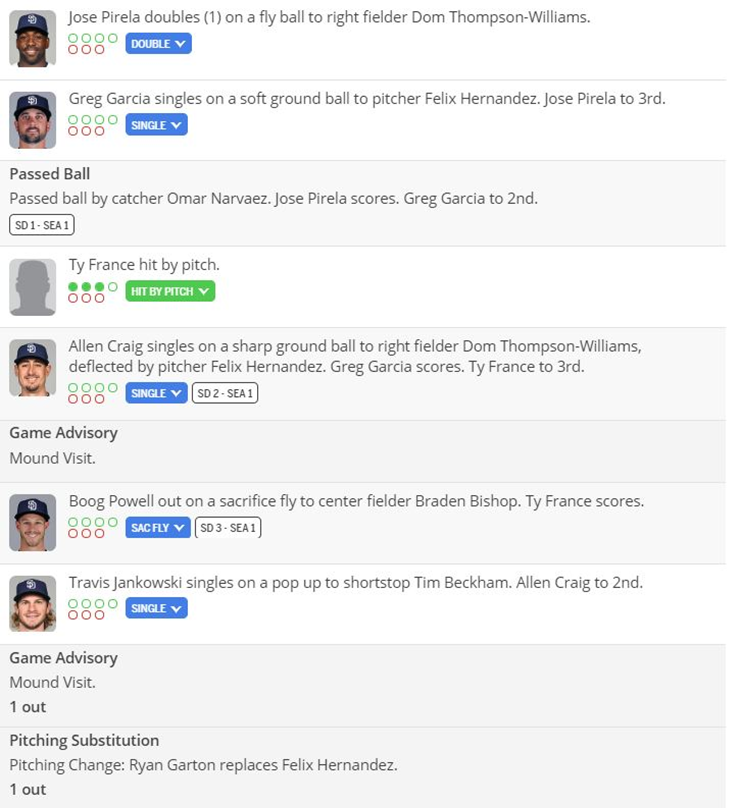 It’s 2019 now, and you’re carrying your daughter into the house. She’s eight and, to put it mildly, a bit precocious. Your car ride home from school was dominated by discussion of her desire to major in geology and star for the gymnastics team at the University of Washington.

Walking through the garage she spies your old statue of Felix. It’s covered in dust but undamaged. It was built to last, and it did just that.

“He’s the best pitcher ever right?”

You give her a hug. You do it anytime you can. You hope she remembers them. 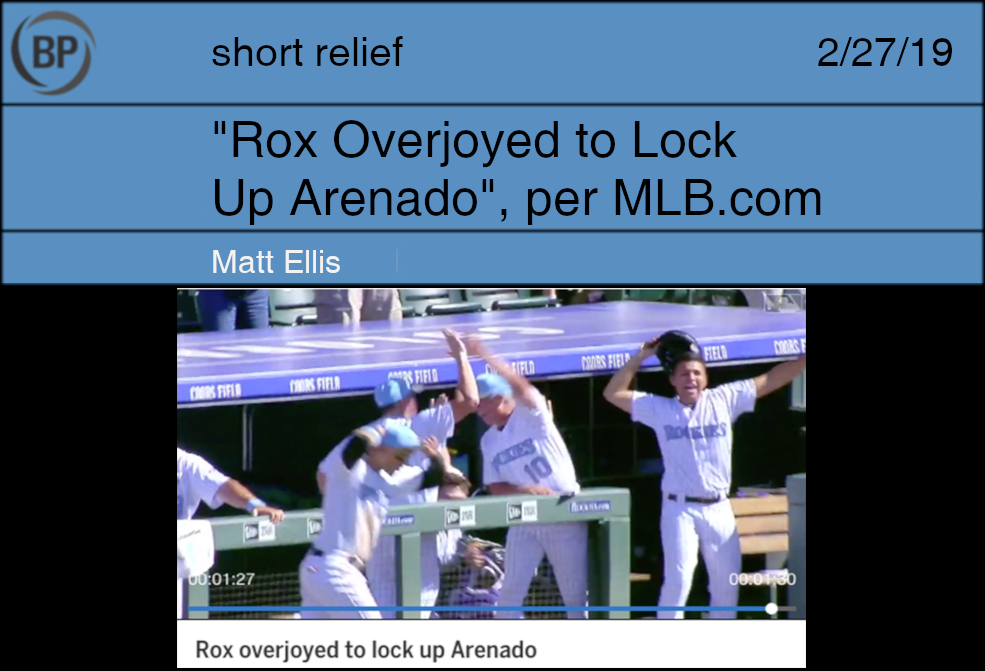 I understand that the labor crisis is nearing a head, that we are about to enter a crucial period in the history of the game that overshadows the 1994 lockout, the 1985 strike, the 1981 cancellation-fest. I get it. But what is this headline?!?

In ‘94 fans held up signs bemoaning the greediness of millionaire ballplayers in direct concert with the billionaires writing their checks, as if the whole thing was a computer simulation designed to waste the amount of money your average Suburban Family™ spent on jerseys, souvenir cups, and those weird armbands that Bo Jackson supposedly wore. 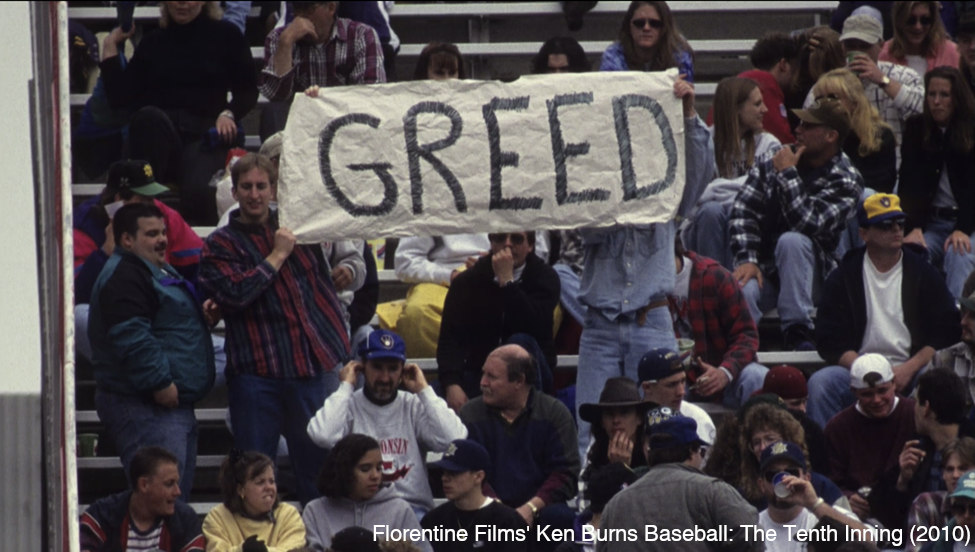 Fans have always had a strange relationship to long-term contracts. I remember when my team signed Robinson Cano to a ten year, near-quarter of a billion dollar contract a few years ago. People were dancing in the streets, posting “I CAN’T BELIEVE IT” missives to social media. And why wouldn’t they? The last time somebody willingly agreed to wear Mariners blue led to the disaster that was Ch*ne F*ggins, complaining about being dropped from the top of the lineup on a team where Ken Griffey Jr. was falling asleep in the dugout. Ask your average Mariners fan which of those events they remember and I guarantee you they’d tell you they cried alongside the Kid entering Cooperstown in 2016.

And yet, now that they have sent Cano to the Mets for salary relief–to get “younger” or something like it–the average fan will tell you something like “what did you expect them to do?” or “they really didn’t have a choice in the matter, did they?” This kind of thing on its own drives me up the wall, especially as someone who holds the labor theory of value close to heart, and knowing that while I’m never going to be a millionaire myself, I’m fully aware the people actually making the billionaire owners their fortune are not only the Robinson Canos or the Nolan Arenados, but also the Michael Lorenzens, the C.J. Crons, hell, the Hector Noesis.

So when I read a weird headline designed for a reader to quickly swipe upward and lodge this information in their heads–that the players on the Colorado Rockies are “overjoyed” that ownership has “locked up” Nolan Arenado, I have to stop for a minute. I’m absolutely sure that Nolan Arenado’s Rockies teammates are “overjoyed” they will share with their friend and longtime teammate a clubhouse for the next X-amount of seasons. But are they “overjoyed” he was “locked up?” Or were they overjoyed he got the contract he deserved in the first place?

Yesterday afternoon Nolan Arenado signed a market-anomaly 8-year, $260 million dollar contract, and you have to wonder exactly what it means for the impending labor crisis that will almost assuredly cancel a season of baseball for at least one year in 2021. And yet: everything valuable is worth fighting for.

So I wonder what is lost when even something as simple as a press release couches a very normal thing in the language of, literally, imprisonment, when one of the game’s most exciting young players earns something that so many of his peers deserve quite the same. Perhaps a more useful approach would be to ask what it would look like to strip this headline of its false consciousness, offer a vulgar materialist reading of what it means that even journalists ostensibly sympathetic to the players they cover day in and day out often only know how to frame economic developments through the language of utility. As if they’ve bought the End of History epistemology that colonized the world in 1989, from the remaking of post-Soviet states to quite literally what happens on the field of Camden as Cal Ripken emerges from the dugout to break the record not because it’s his job, but because he must want to.

Rockies overjoyed to lock up Arenado
Rockies ecstatic their market-value contract has an opt out in the third year so they don’t have to actually pay him the rest of what he deserves
Rockies slightly irritated this kid wants money instead of cashing in the grit economy
Rockies players hedge their hopes on a contract each know they will never get
Rockies irritated they can no longer pay a 6-win player $200 thousand dollars
Rockies pleased most bloggers are mad about Bryce Harper and will cut them some slack
Rockies know what’s coming, begin to prep for an extended war between labor and ownership

Rockies overjoyed to lock up Arenado