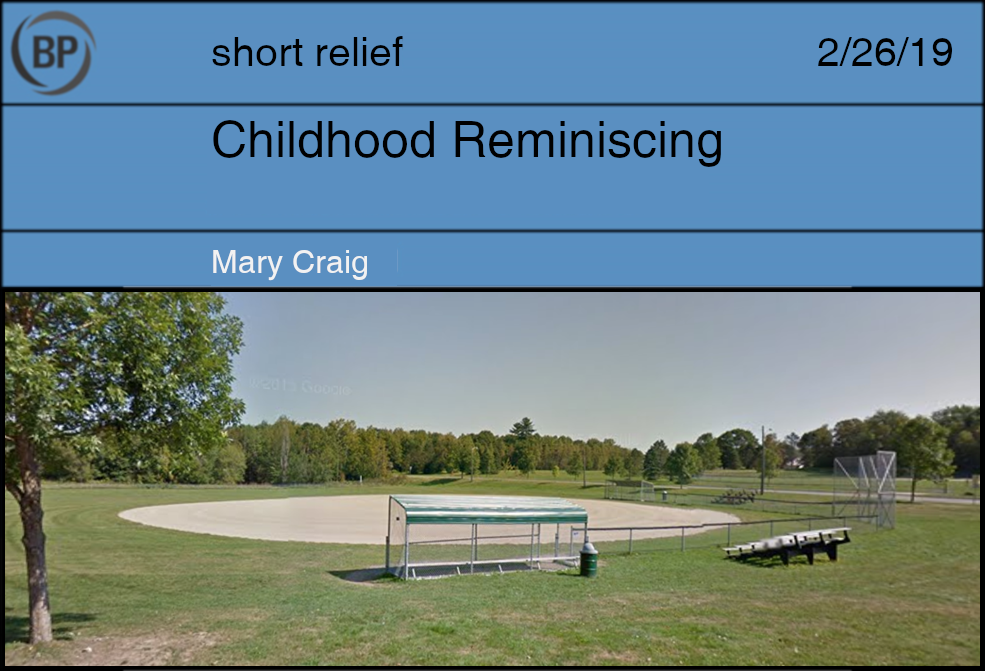 There were five ballfields within a square kilometer of the house in which I spent the bulk of my childhood. They were all similar in that their upkeep had been largely neglected by the community, yet each wore its neglect differently. One had a gaping hole in the chain link fence behind home plate, another boasted decaying bleachers, a third was never adequately weeded.

Only one park, across from my elementary school, saw regular gameplay, if one can call the desultory wanderings of five-year-olds “gameplay.” The others hosted the odd tournament or rec-league game, but primarily were the meeting grounds of bored neighborhood kids whose parents urged them to play outside as long as possible. In these instances, the ballparks became Olympic arenas, simultaneously housing racetracks, soccer pitches, and jungle gyms. Anything a child’s imagination could create, these ballparks helped bring to life.

It was in one of the ballfields that I came the closest to being disciplined by a teacher for the first time. One warm, bright day in late May when he had run out of ways of placating us, my fifth grade teacher suggested the class play a game of soccer baseball (or “kickball,” as you Americans call it). Initially I protested on the grounds of being completely inept at anything requiring more than minimal amounts of coordination, but my teacher would not allow me to sit this one out, so I reluctantly joined the other five children comprising the outfield, and the game commenced.

Eventually, it was my turn to kick. I stood behind home plate, opposite my teacher on the mound, dreading the moment my foot would have to connect with the soccer ball. I let the first two balls go by me before winding up for the largest kick I could muster. I connected perfectly with the ball, laces first, sending it flying through the air at inconceivable speeds, until my teacher’s nose brought it to a halt. Blood began to drip, first onto his light blue polo shirt and then the infield dirt, as we stared at each other, both in shock over what had occurred. We never played soccer baseball again.

Three months after that dreadful event, my parents divorced, and I moved to a new house on the other side of the city. It was better in almost every conceivable way: the neighborhood was nicer, the schools were better, my bedroom was nearly double the size, and the lack of ballfields within walking distance made me finally accept that I was meant to be an indoor person. There were no more traumatizing games of soccer baseball, but as good as life was across the city, there remained something missing. 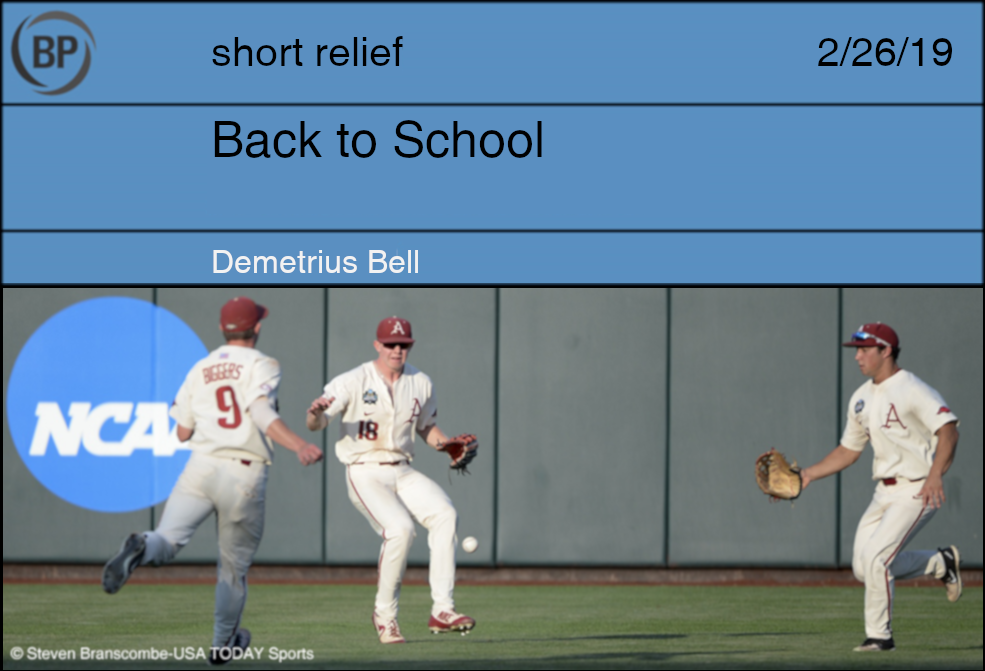 Baseball is in full swing right now, and the good news is that if you want to get your fix of the sport, you don’t have to focus solely on what’s going on in the Cactus League or the Grapefruit League. There’s another option available to you, and it involves going back to school. College baseball’s regular season got underway earlier this month and if you haven’t devoted any of your time to the world of metal bats on college campuses, then now is as good of a time as any to get into it.

For starters, there’s the simple fact that this is baseball in February that actually counts towards more than just preparing for the season or trying to make the team. It’s like how the World Baseball Classic gives us competitive action during the month of March. It’s not going to give you the quality that you’re going to see from the big leaguers, but that shouldn’t dissuade you from firing up whatever streaming platform you have and tuning in to catch a college game.

If you’re fortunate enough, you’ll end up stumbling upon some magic. On Saturday, Tulane played host to Ole Miss and they were looking to even up the weekend series after the Rebels pulled off a comeback victory to win the first game of the series 6-4. This time, the two teams treated the fans to an absolute barnburner. Tulane went into the ninth inning up 11-9, only to have Ole Miss’s Thomas Dillard hit a three-run dinger with two outs put them in front.

The Green Wave went from being an out away from a victory to having to fight back to hopefully extend the game. Instead, David Bedgood did Tulane one better as he came off the bench and hit a two-run bomb in the ninth inning that sent the stadium into a frenzy and prompted the commentator to scream out “Choppa Style,” as the team with the greatest St. Louis Cardinals knockoff uniforms of all time celebrated an awesome walk-off victory.

If that flurry of offense isn’t enough to convince you that the college game is worth following, then just know that was just a drop in the bucket compared to what happened all the way back on this season’s opening day. That was when Belmont held a 10-3 lead over Illinois State after seven innings, only to lose 27-11 after 11 innings. The Cardinals dropped 16 runs on Belmont in the eleventh, which may have been a tiny bit of a soul-crusher after the Bulldogs scored a run to send things into extra innings.

Those are just two examples of what’s already been an exciting college baseball season. I wouldn’t blame you if your attention drifted away from the college game once April rolls around but it would still be worth your time to keep an eye on what’s going on as nearly 300 schools fight through traffic on the Road to Omaha.