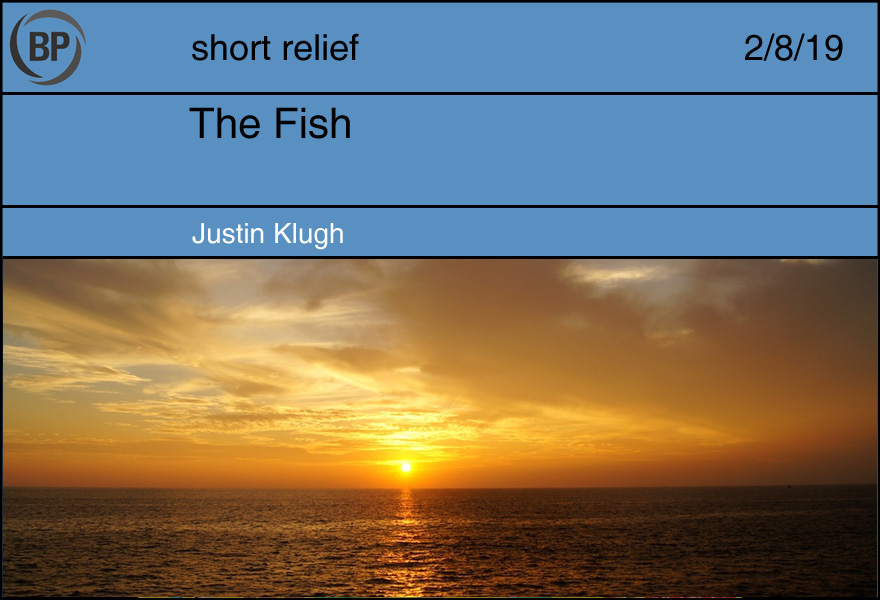 They should never have found her.

“Find me a fish,” Derek Jeter had ordered one morning, before the infamous Miami dockyards had grown parched from the sun. “A sexy one. I’ve got a lot of seats to fill.”

So, the unnerved mariners embarked on the day’s voyage, entering the chop and sway of the waters warm with life and tainted by toxins. They remained unsure of the aquatic eroticism Jeter had commissioned, only that he’d had a distant assuredness in his eyes, as though he’d seen what he desired in a dream, and sent them to find something only he knew would be out there.

They didn’t travel far. On a jetty jutting into the gulf, three of them lay, sunning themselves in the mid-morning rays. These maids of the sea had no clam shell bikini tops, flowing scarlet locks, or songs of forbidden romance with land dwellers. They had slick, rubbery torsos, covered in circular mouths full of pulsating rows of incisors, and sang songs that were far closer to the screams of a human child.

No temptations drew the fishermen toward the rock, only the promise of payment. As their vessel grew nearer, the figures began to appear clearer, to the awe and disgust of their audience. No eyes, no fins, just slick cucumbers covered with teeth. They secreted a poison that burned a deckhand’s fingers down to the wrist. Two escaped, slithering back into Florida’s cryptozoological underbelly, but the crew managed to get one on board, trapping it in a cooler in which it assimilated with their lunches. The other two mermaids followed the boat back to port, concerning those aboard that they would follow them on land, but when the man on the docks came in view again, they departed to the hellish trench from which they’d ascended.

Jeter stood in a short sleeved collared shirt, his shorts dotted with anchors, with boat shoes more expensive than the boat whose arrival he eagerly anticipated.

“Did you find one?” he asked, as the fingerless man was ushered to a waiting ambulance.

Jeter anxiously opened the cooler and reached carefully inside. The mermaid’s mouths snapped and lurched for his hand and he pulled back, laughing.

The captain stood some distance away. “She is not quite what I pic–”

The captain’s eyes returned to the cooler, which shook with the creature’s lashes. “She seems,” he gulped, “quite hungry.”

“Yes, well,” Jeter replied answering his ringing phone. “I’m about to see to that.”

He paused, phone to his ear, his gaze never breaking from the cooler. 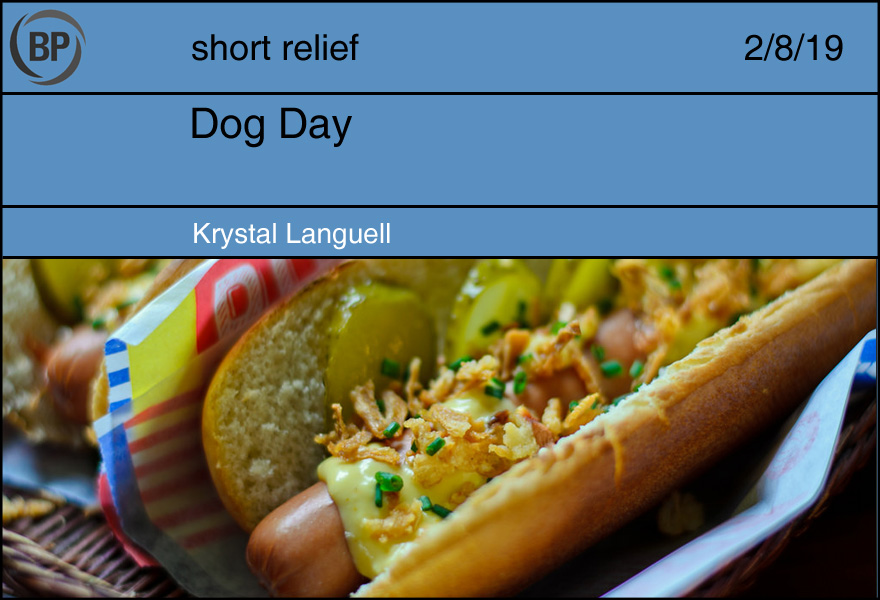 Maybe there were some home runs
on Dog Day, but we didn’t notice.

The celebratory fireworks are suspended
when the stadium opens to dogs.

My friend’s child put down her hot dog
and a golden retriever licked it.

This freed her up to focus attention on
cotton candy, showing us her tongue.

The child among excitable mutts finds her kin,
contributes to the din of panting in her way.

We brought no dog, but our tickets led us to
the section designated for nervous cannibals,

the animals chaotically biting into Dollar Dogs,
promotional convergence I seem to have

fabricated as April 23 was not a Wednesday.
Tell me a better fib than Dollar Dogs on Dog Day,

the game even more afterthought than usual
here at Affordable Local Field, brought to you by

our friends at Some Large Bank. A few rows down,
a woman opened her foil to find an empty bun.

Tell me a better metaphor for a letdown than a wrapper
for a wrapper with no guts: have you seen this dog?

Kiddo left with a dirty face before the seventh. Months
later she’d be booing the rivals two states away. 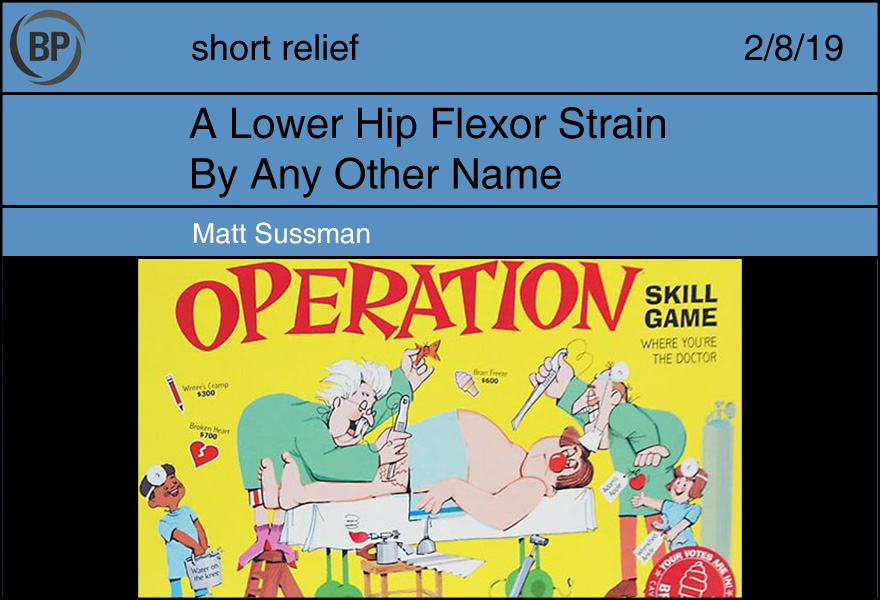 One-hundred percent hard agree, “disabled list” is a draconian name for it, and it wasn’t even something I had thought much about. And, yes, “injured list” is way less ableist. Still. Feels like we could’ve used a heads up on this one, Major League Baseball. But that’s not your style.

In Little Big League, the climactic scene is a Game 163 to qualify for the playoffs. Specifically, the Wild Card, which was introduced into the real and fictional baseball universes in 1994. There’s a TV scene leading up to the famous “Runaround Sue” montage where Chris Berman discusses this playoff race where he interjects with the fact that, basically, he can’t believe he’s talking about a Wild Card race in baseball. As it would turn out, the Wild Card races were basically all we had, given most division races would be locked up first. Nowadays it’s completely obsolete, because which wild card spot are you talking about, man.

Baseball has long subliminally advertised itself as a timeless entity slow to adopt new norms. Then suddenly they just drop this lexicon shift where, hey goober, it’s “Injured List” now, get it right. Just like the Devil Rays name change, there will be thousands of broadcast gaffes, many of them heavy-handed, where they’ll mention that “Miguel Cabrera is headed back to the disabl— I mean, heh, injured list” (and if it’s radio, they’re absolutely going to perform the air quotes).” On the DL always had a fun double-meaning, implying not only “disabled list” but also “down low” which is a good general area for an injured person like Miguel Cabrera to be for the minimum of 10 days. But now it means Cabrera is instead going to the IL — which is also the International League, so if they intend on sending someone down to Triple-A, then I’m confused.

Deactivated List could have avoided the shorthand confusion, though there is a also “temporarily inactive list” which is more of a PTO, and baseball is so petulant about lists compared to the other hegemonic sports we only blame them for not changing the language sooner.