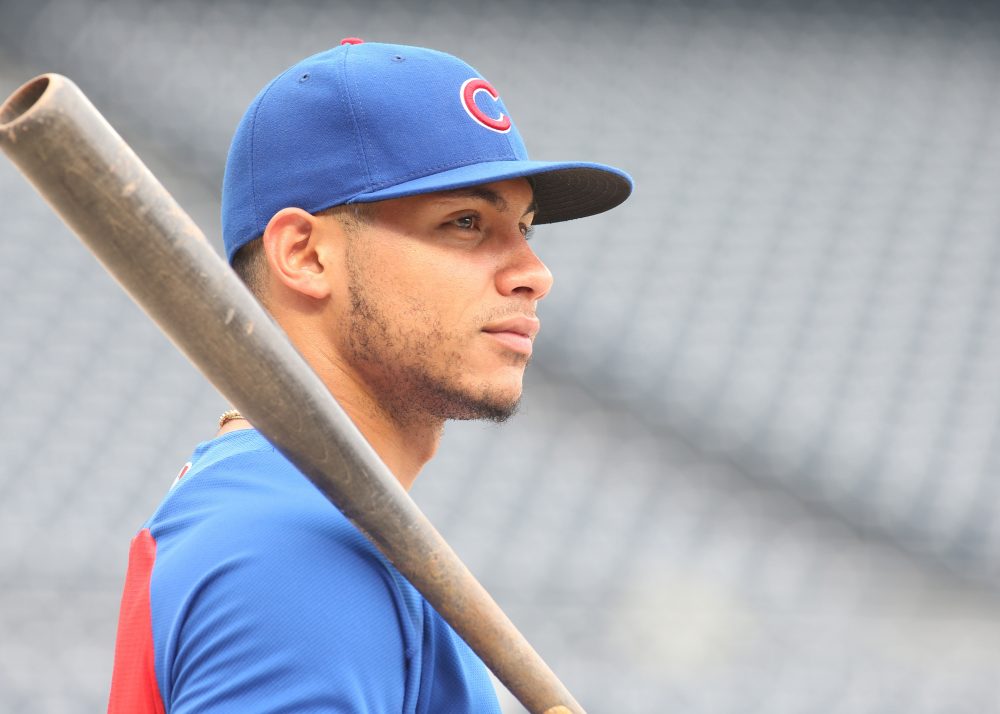 Every team in the National League Central projects to win 81 or more games this season, according to PECOTA. As one might expect, that distinguishes the division from every other in baseball. In fact, every other division is projected to have at least one team that wins 72 or fewer games, and all but one (the NL East, where only the Marlins are clearly non-contenders) has at least two teams PECOTA expects to win 76 or fewer.

After an offseason that included plenty of talk and turnover in the ranks of the front office and coaching staff, but without much in the way of newly-acquired talent, PECOTA thinks the Cubs erred by standing pat and giving their championship core another chance, essentially intact. Let’s break down the reasons for the tepid projection, to see whether the team really has charted an ill-advised course—and whether they still have time to change that.

Around the horn, the Cubs are as balanced and talented as any infield in the division. Our visual depth charts page shows an above-average projection for the team at first base (5.1 WARP, mostly from Anthony Rizzo), second base (2.4 WARP, mostly from Ben Zobrist and Javier Baez), third base (4.3 WARP, tops in the division, from Kris Bryant), and shortstop (2.3 WARP, from Baez and Addison Russell).

They have depth, too. Projections for David Bote and Daniel Descalso are baked into the figures above, but because those two are both fine players, injuries along the first line there wouldn’t hurt the team as much as it might hurt others. There’s room for consternation over the fact that Russell remains, on moral grounds, and he’s performed inconsistently over the last two seasons anyway, but overall this unit is very strong.

Because of his occasionally obvious defensive problems, Kyle Schwarber is oft-maligned and occasionally shuffled toward the door by Cubs fans. However, in reality and according to PECOTA, he’s not the problem. With a projected 112 DRC+ and 2.1 WARP, Schwarber is easily the Chicago outfielder on whom the system is highest. PECOTA doesn’t give Albert Almora a great deal of defensive credit, and it hates Ian Happ as a defender, but Almora’s lack of power or plate discipline and Happ’s calamitous strikeout rate also dampen their projections. Jason Heyward’s offense projects to fall far short of the standard in right field. The three of them combine for 2.8 projected WARP, some 1.7 fewer than Bryce Harper projects to post all by himself—and PECOTA has Harper as an average-minus defensive right fielder.

At this stage, there’s little (other than dramatically changing gears and going after Harper in a way they conspicuously haven’t throughout the winter) the Cubs can do to easily upgrade this group. They’ve failed by sitting for so long on Almora and Happ, especially, when one of the two might have been packaged as an attractive trade chip to bolster the pitching staff or create flexibility to bring aboard a better option.

This is where Theo Epstein and Jed Hoyer have most clearly made the affirmative choice to bet on their incumbent and allow the rest of the pack to catch up to them. PECOTA pegs Willson Contreras for a solid but unspectacular 106 DRC+, and because of his liabilities as a pitch framer, that gives him a projected value of 1.4 WARP. Meanwhile, the Brewers have added Yasmani Grandal (projected WARP: 4.4) and the Cardinals still have the ageless Yadier Molina (projected WARP: 2.6).

Insofar as the Cubs are truly constrained in their spending this winter, it was a strategic gaffe to retain Cole Hamels. They paid $20 million to pick up Hamels’s option just after the World Series ended, though they did shed Drew Smyly’s $7 million salary in a related trade. Hamels does project to be a fine mid-rotation starter, with 1.7 WARP putting him right alongside Yu Darvish, Kyle Hendricks, and Jose Quintana for the team lead. Given the price the team paid, however, and the Cubs’ apparent inability to spend more, the 1.5-WARP gap between Hamels and Smyly is only narrowly worth it, and the cost certainty doesn’t seem to have made it easier to allocate resources elsewhere.

More to the point, Chicago’s veteran rotation is sturdy, but it lacks upside. PECOTA forecasts 5.1 WARP from the combo of Jameson Taillon and Chris Archer at the front of the Pittsburgh rotation, and 4.5 WARP from the tandem of Jack Flaherty and Miles Mikolas in St. Louis. Jon Lester and Hendricks combine for just 2.7 projected WARP, though it’s certainly possible that PECOTA is too bearish on the wise and tough Lester.

Having sunk what appears to have been their only available money into Hamels and Descalso, Chicago has taken a patchwork approach to a bullpen that wore down badly at the end of last season and will be without its ace (Brandon Morrow) for at least the first month of the campaign. That means potentially large roles not only for inconsistent holdovers like Carl Edwards Jr. and Mike Montgomery, but high stakes on low-wattage additions like Tony Barnette and Brad Brach.

The top six pitchers on the Chicago bullpen depth chart project for 1.8 total WARP. The Pirates’ relief corps, headed by Felipe Vazquez and Keone Kela, project for 2.8 WARP from the top six arms. The Brewers’ bullpen juggernaut is good for 3.7 projected WARP from six guys, including 3.5 from the three-headed monster of Corey Knebel, Josh Hader, and Jeremy Jeffress alone. Assuming spending more wasn’t truly an option, the Cubs have done well to stockpile very interesting depth arms, but for now they’re outgunned.

PECOTA isn’t really saying anything numerous voices haven’t been saying on Cubs Twitter for months. No matter how much confidence one musters in the guys at the top of their roster, there’s real risk of the team tumbling back to earth. Ownership and the baseball operations department both embraced a philosophy that looked beyond 2019 throughout this winter, and while they took important steps to secure the medium- and long-term future, they elected not to pursue some moves that would have better locked them into position at the head of the NL Central.

Since July, this division has seen the arrivals of Paul Goldschmidt, Andrew Miller, Grandal, Archer, Kela, Yasiel Puig, Matt Kemp, Sonny Gray, Tanner Roark, and Alex Wood. There could be more on the way. Every other team in the division has elected to put the pedal down and push up to (or past) the Cubs. In that way, the biggest-market team in the division already stands out. If they want to stand out from a suddenly and fiercely competitive division on the field, they would do well to get a bit more aggressive.

You need to be logged in to comment. Login or Subscribe
Dan Kiefer
wow, that's depressing.
Reply to Dan
John Johnston
It’s really depressing. The abject failure of both the Heyward and the Darvish contracts is killing the Cubs.
Reply to John