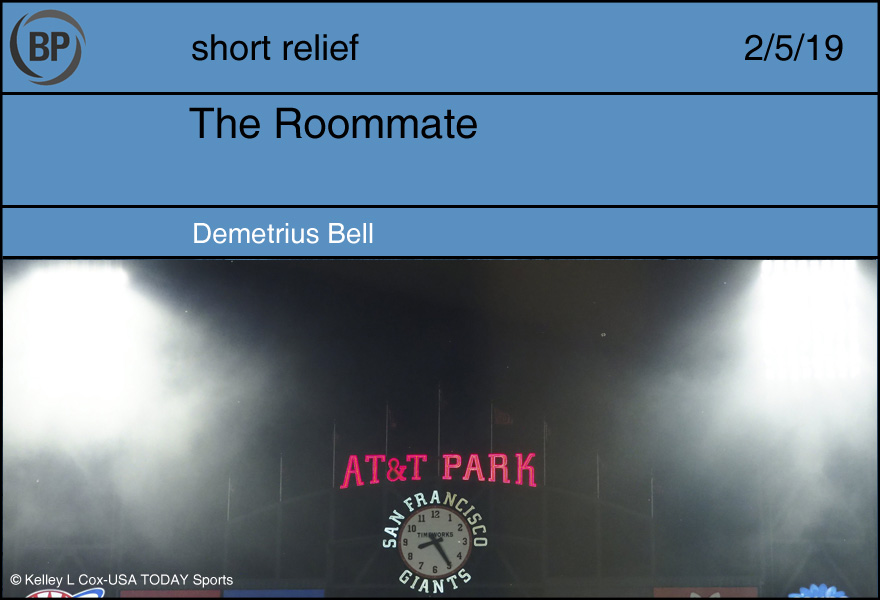 September 30, 1999 is an important if somewhat forgettable day in San Francisco sports history. That’s the day when the Giants played their final home game at Candlestick Park, and the day that stadium became a football-only venue. The Giants have spent their last 19 seasons playing in the stadium now known as Oracle Park.

You really don’t need me to tell you that Oracle Park is one of the most gorgeous ballparks out there, but I’m going to throw my two cents in anyways. Outside of PNC Park, you really can’t get a more picturesque venue for baseball than the current home of the San Francisco Giants. It’s a modern cathedral of baseball and something that the Giants as a franchise and a fanbase can always take pride in, regardless of whether the year is odd or even.

So that’s what makes the recent news about the Giants returning to their groundsharing ways a tiny bit distressing. In what has to be one of the greatest news dumps in the history of news dumps, amidst the confetti of Super Bowl LIII reports surfaced that Oracle Park would become a temporary NFL stadium for next season.

This isn’t a done deal yet and there’s still a chance it could fall through, but it’s one of those things that’s just strange to think about. Even though Oracle Park has hosted plenty of bowl games and even soccer games within the confines of their brick walls, it’ll still be a strange sight to see the mammoth monster that is the NFL clambering its way across the baseball dirt during the overlap of summer and fall.

The weirdest part of all is that it’s not the San Francisco 49ers returning from their soulless husk of a stadium out in Santa Clara. Instead, it’s the Oakland Raiders who would be moving to San Francisco to split rent. Imagine telling a baseball-only Giants fan in 2000 that not only would your shiny ballpark would become a football venue by 2019, it would also have to make room for The Black Hole to invade? That there’s a possibility that you could see gridiron lines on the field the day after coming home from a road trip? Yikes.

The good news is that this isn’t set in stone and even still, it’ll only be for one season before the Raiders follow in the footsteps of American legends such as Elvis Presley and Cardi B and take up a residency in Las Vegas. But for now, there’s a chance that 20 years after leaving the existence of groundsharing, the Giants could have a loud and rowdy roommate after having so much peace while living on their own. It’s truly proof that nothing beautiful lasts forever in this world. 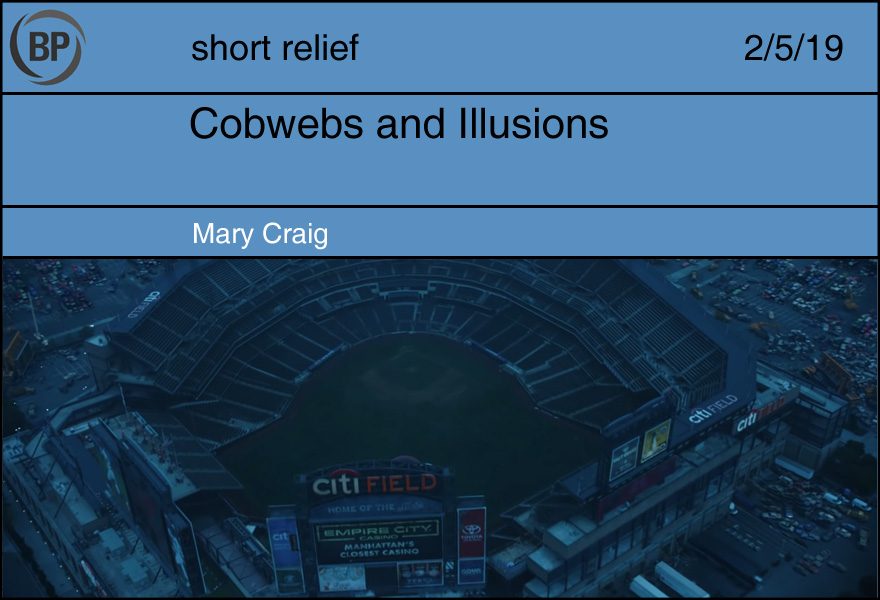 Where forty-two thousand people once gathered to watch the personification of the human condition, there now existed only cobwebs and bugs and weeds growing up through the dry, cracked infield. In 29 cities around the country, there stood similar structures, all equally barren.

It happened slowly at first, as these things do. The precise nature of the changes were too miniscule or too ingrained to be discovered and examined. Or perhaps they were the cause of outside forces that would regulate themselves without human intervention. That’s what a lot of people said, at any rate. Many of us were either too far or too close to the thing to be of much use in assessing all of the things that were said.

As far as we were concerned, it had experienced harsher illnesses in the past, and it always was fed a remedy. So long as America existed, this would survive. This, the Constitution, and jazz, they said. So there was nothing to fear about its potential decline, because in the long history of its existence, this period would occupy no more than a chapter. We couldn’t have known it would be the final chapter.

And we didn’t know. For a long, long time, we had no clue. There was unrest, sure, but that was common to society, to any place occupied by human beings. People aired their grievances and then things continued on as they always had been and as they always would be. The same arguments we heard had been present throughout history, traceable through time and continent, intransient but hardly capable of destruction. Why this instance, here and now, would be any different is a question we hardly thought necessary to ask.

If we had asked, we would have been met with answers, some comforting in their illusion, others deeply unsettling in the series of questions they uncovered. Of course, the temptation would have existed to trick ourselves into believing the illusions. Indeed, these pleasant ideations of society halted many who could have pressed onward, toward the difficult questions, perhaps not out of ignorance but out of fear of laying bare their place in these questions and their answers.
So we all moved on, hoping that what we had been taught about this thing and history and human beings was correct. We frantically searched for comfort in the idea of intangible forces beyond our control, knowing the truth would raise questions about our culpability. We buried and deflected all of the parts of us and this thing we loved that we couldn’t explain away, praying that history wouldn’t remember us.

The days and months passed and only the gathering layers of dust across these 42 thousand seats belied our illusions. 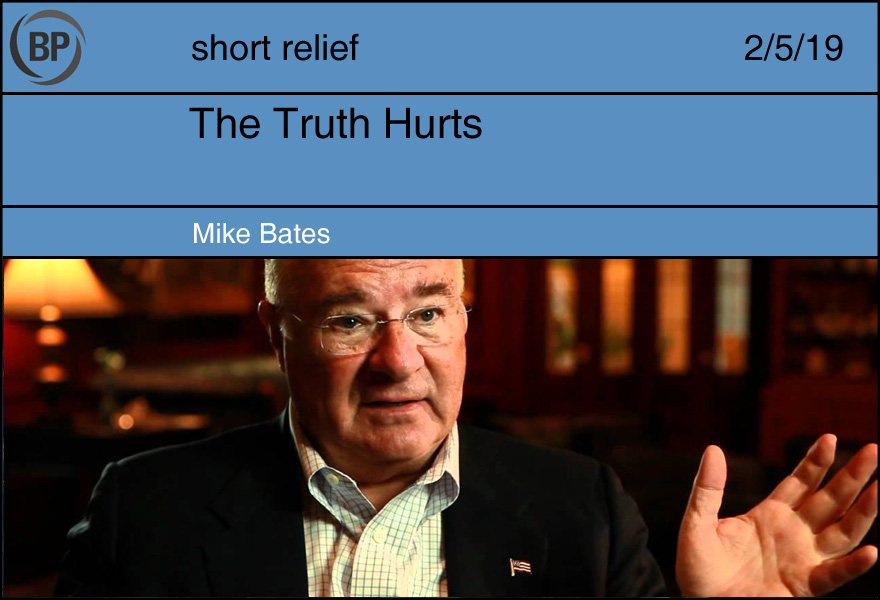 Complaining that the press was reporting on his drunken speech to a Lions Club in rural Minnesota, in which he told an audience of Minnesotans he moved the club from Washington “when I found out you only had 15,000 blacks here…. We came here because you’ve got good, hard-working white people here,” Twins owner Calvin Griffith pleaded that “It’s not good for baseball and it’s not good for the people of Minnesota. The truth hurts a lot.”

The truth is that owners, as a whole, are awful. We’re seeing this offseason that even the “good” ones are billionaires who are willing to pocket the record-setting revenue we put into their pockets without reinvesting any of it back into improving their teams. The anti-union Jerry Reinsdorf colluded against players in the 1980s and goaded them into a strike in 1994. Fred Wilpon settled lawsuits credibly accusing him of profiting off of Bernie Madoff’s Ponzi scheme, while other investors wound up losing everything.

And now, we have e-mails from the odious billionaire Joe Ricketts, whose personal views about Muslims and Latinos and African-Americans were put on full display in Splinter’s dive into his e-mail account. Admittedly, Joe does not own the Cubs; he merely provided the money so that his kids could buy the Cubs, attended games as their guests, and celebrated on the field with them when they won the World Series. So, you know, he’s no different from you or me or any other fan whose kids own a baseball team because their parents liquidated stock to make the purchase possible.

He clearly has nothing to do with them.

I know he’s not making decisions for the team. He’s not setting payrolls or approving ballpark promotions or running concessions. But he’s the foundation on which this current Cubs organization was built. He’s the poisonous tree that bore fruit that tried to further bankrupt the city of Chicago and the state of Illinois. Make no mistake, he’s as much a member of the ownership class as his kids, Reinsdorf, or the Madoffs.

And owners have always been this way. George Steinbrenner pled guilty to making illegal campaign contributions to Nixon and to obstruction of justice for witness tampering. In doing so, he dodged fraud charges. Original Padres owner C Arnhold Smith spent time in prison for bank fraud that almost led to the Padres decamping for the same Washington that Griffith abandoned. Tom Yawkey famously allowed his racist organization to keep black players out of the home dugout in Fenway Park until a dozen years after Jackie Robinson’s debut. Marge Schott complimented Hitler and called her black ballplayers “million-dollar n___ers.” The list goes on and on.

“I’ve said things that don’t reflect my value system,” said Ricketts yesterday. Bullshit. They reflect the same value system that dozens of other owners have had since the invention of the Reserve Clause. It’s a value system that breeds contempt for the players and fans who make their profits possible. And it’s baffling to me that fans side with that value system over that of the players having, relatively speaking, their labor exploited. Over their own middle-class identities.

I’m sorry this wasn’t funny or fun or whimsical. I wish it were. It’s much more fun to joke around and talk about opening 30 year old packs of baseball cards. But it’s telling that the most fun I’ve had this offseason has been looking so far into the past. I do this… this dumb writing hobby… because baseball is generally so joyful. But this winter the game I love is leaving me morose. I don’t see a lot of hope on the horizon. I think we’re in for a long slog, and the truth, as Griffith said, hurts a lot.