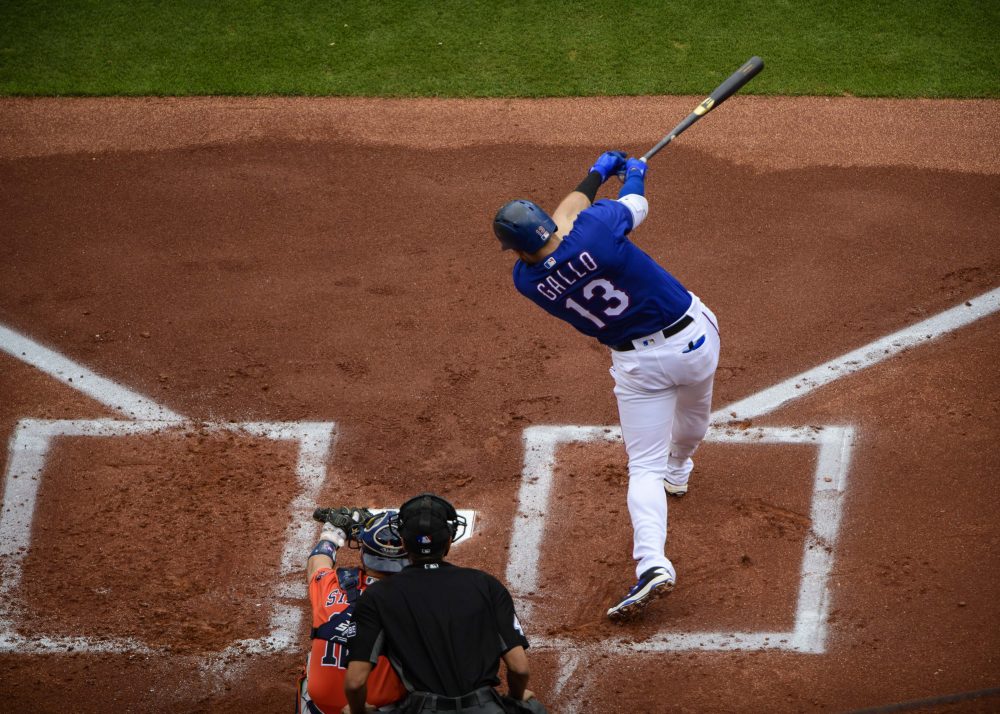 Anyone who watches baseball on more than the most casual basis has formed an opinion about a player—and formed that opinion based on their observations of the game. Maybe your favorite player hits long home runs, maybe they seem to double every time you’re in the park, maybe they were part of a crooked-number inning against the opponent’s ace—or maybe it’s the opposite, that they seem to pop up or ground out in every important at-bat.

You can develop an opinion or perception of a player based purely on observation, particularly if you see that player over very long periods of time. On some level, this is what the most traditional type of scouting is: the manual development of a rating over time based on weighted inputs. Scouts will take into account whether someone is hitting well against a good pitcher, or a series of poor ones; if the parks they play in are hitter-happy or have dead air in the outfield; if someone has a streak of poor at-bats but a history of better ones behind them.

In a way, that is what Deserved Runs Created (DRC+) is. It strives to bring together the things that can only be detected through numerical study (such as a batter’s success or failure) with what we might more commonly consider “observational” considerations—the ballpark, or the pitcher faced. It’s impossible for DRC+ to bring into its equation those external things that might impact a batter’s performance, issues that a scout might be able to take into account through conversation with coaches or other members of the team’s staff, but that’s why having access to both is important. DRC+, when laid out in code and in math and at the most technical of levels, may seem opaque, but it brings both computing and common sense together.

DRC+ takes a variety of inputs—what a batter does, who the pitcher is, what the park is—and weights them. And those weights don’t come out of nowhere. They’re based on the years and years of what baseball has shown us: For instance, that singles are more valuable than, rather than equal to, walks, because a single has an opportunity to advance a runner more consistently than a walk does. That some parks are more triple-friendly than others, so if a batter hits more triples there, it’s not because they’re really good at hitting triples, it’s because they’re being helped ever so slightly by the park. If a batter is hitting a home run, are they historically hitting home runs, or does the pitcher they’re facing historically give up home runs? At the root of DRC+ (and DRA, our deserved pitching metric), there’s the same common sense you bring to the game every day.

This is also where DRC+ rises above our “traditional” statistics. The triple-slash line (AVG/OBP/SLG) is a great rough estimate of a player’s offensive abilities, but it takes three numbers to convey that picture and even that picture is incomplete. DRC+ takes the ideas that we as observers of baseball have been wanting to define since Henry Chadwick, and advances them.

What DRC+ brings to the table in addition to this is the same thing that many other metrics do: it can “see” so many more games than even the hardest-working scout, and can play around with the things that it would take someone working by hand entirely too long to calculate. The modeling work that goes into DRC+ can define what we might describe as “a big park” or “a good pitcher” in such a way that we can then define “a good hitter” in context.

It doesn’t do this on its own, though. If we didn’t have the observations of our eyes, and the common sense to look at the output of all of these inputs and determine that, yes, that matches the broadest view of what we can see over a short sample of games, ourselves, then DRC+ or any other metric like it would be useless.

DRC+ does the opposite, as well. It’s far more of an impartial judge than humans are capable of being, applying its interpretation of events to all players equally as needed. It doesn’t have sick days, or days where a migraine makes reading pitches difficult, and it can’t see what a player looks like when defining value. It does have something of a “recency bias” only in that it treats each season as a self-contained entity (for now), something that is absolutely acceptable when making these kind of value judgements. Baseball separates itself neatly into seasons, and enough time passes between those seasons that real changes are likely to have happened.

In the end, DRC+ represents another step in the forward march of understanding. Since the beginning of the game, we’ve sought to develop ways to briefly demonstrate the value of one player over another, and by finally incorporating the things that we all know matter but had previously gone underrepresented in our metrics, we’re getting a little bit closer to fundamental baseball truth.