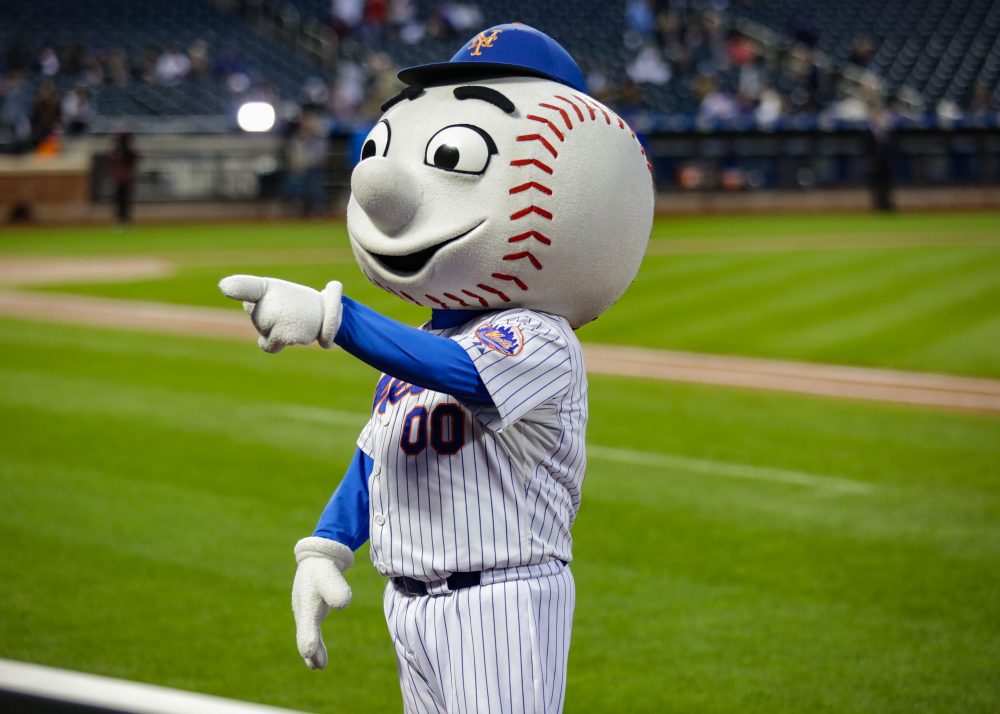 I’ve written a lot about baseball and math during the last (yikes!) 12 years, with nine-plus years of it here at Baseball Prospectus. When you do something for more than a decade, you eventually fall into a rhythm with it. There have always been three parts to my writing process: cool idea, run the numbers, write the article. But even in writing the article, there was an order of things.

As a culture, we begin our stories and articles and blog posts with a title, and there was a part of me that always felt the need to have a snappy one before I started writing the body of the piece. Sometimes, I had 1,500 words ready to spring forth, but would hold them up in service of the first seven.

Then I learned this one weird trick. When I was ready to write, I would open up Word, and type:

It was enough to where I felt like I could begin my work. Everyone edits and re-writes. Eventually, the snappy title version of the title would come to me and I would simply go back up and swap it in. If something snappy never appeared in my head, I’d ask Christina Kahrl or John Perrotto or Ben Lindbergh or Sam Miller or Aaron Gleeman to make something up.

If you can’t tell by the fact that I’m being all sentimentally reflective and already seem to be thanking people, this is my last “Title Goes Here” for Baseball Prospectus.

I am joining the New York Mets as a (title goes here). Just like one of my articles, they haven’t told me what they’re going to call me yet, but my new job will involve me doing the same sort of #GoryMath that I’ve done in my time here at BP, just with a smaller audience. And a blue and orange hat.

But I have to admit, I want to type it one more time …

Over the past decade-plus, I’ve had the chance to live moments the 10-year-old version of myself wouldn’t have believed. I’ve gotten to be a part of a website that has literally changed the game of baseball. I’ve written a book (which you can still buy!), been on television (and got to set foot on an actual MLB field!), and had “friends” whom I respect and admire tap me on the shoulder every now and again to say they liked my work.

In one of the strangest moments of my life, in July 2013, when I was doing a BP ballpark event (with Jason Parks!) at Turner Field in Atlanta, someone actually approached me and asked for my autograph on the 2013 BP Annual that I’d helped to write along with 30 other people.

I’ve gotten to share the BP masthead with a bunch of brilliant people, some of whom will now technically be my adversaries in other MLB front offices. Also, Colin Wyers worked here. I owe a debt of gratitude to my editors (Christina, John, Ben, Sam, and Aaron), to Kevin Goldstein who initially hired me in 2009, and to Eric Seidman who recommended me for the gig.

I’ve gotten to write things that were silly and things that were serious, but the readers of BP have embraced me over the years (or at least read my stuff enough that I didn’t get fired) and for that I am profoundly humbled.

Then there’s my wife, Tanya, who has abided this strange hobby of mine through most of our marriage and listened so many times as I breathlessly told her about the regressions that I ran about baseball.

I write this with a lump in my throat. I often call Baseball Prospectus my “spiritual baseball home.” Eventually, everyone grows up and leaves mom’s basement and I guess this is my time. But readers, if you will, allow me one last, longing look back at a place that has meant the world to me. From the bottom of my heart, thank you for all of it.

You need to be logged in to comment. Login or Subscribe
Tony Mollica
Very cool opportunity for you Russell! I wish you the best of luck. Have fun.
Reply to Tony
philly
With all due respect to those that are still at BP, this departure feels like the loss of the last link to BP's glory days. It's a real bummer for us long time readers, but good luck to you in your new opportunity.
Reply to philly
Shaun P.
Russell, all the best to you! Your writing has been one of the best parts of BP for as long as you've written here. Thanks for all the #gorymath
Reply to Shaun
Rosevear House
Nooooooo! This means the Mets have a better chance of winning things! Nooooooooooooooo!
Reply to Rosevear
mhalliday8
Congrats Russell. Wish you the best of luck. Going to miss your writing.

Side note: As a noted Braves fan, did it seem weird to write "Lets go Mets" at the end of that article?

Thank you in advance.
Reply to Alan
As a fellow Mets fan, I beg you to please help this organization. It is painful on so many levels watching them do the right things but do them only half-a**ed, or make a baseball decision for business reasons that blows up in their face.
Reply to zarberg
Michael Bell
Good luck to you Russell and thank you! and yes, Let's Go Mets!
Reply to Michael
John Mayne
Let's Go Mets: I root for the Mets.
Lets Go Mets: What Russell will suggest someone do to the unproductive players.
Let Go, Mets: Reduce stress, Russell's here.
Lettuce Go Mets: New veggie pizza to cut.
Let's Go, Mertz: Suggestion by Lucy to Ethel

There are more. I am sparing you. G'bye, Cutter. We will miss you!
Reply to John
David Yeager
Best of luck to you in this next chapter!
Reply to David
deadheadbrewer
Bully for you, Russell! You'll do great. The rest of us will stay here, missing your fantastic articles. :(
Reply to deadheadbrewer
jonjacoby
Congrats! I've enjoyed your stuff, even if some of the math was too much for me. I also thank you for our exchange we had regarding MLB players and ADHD. You will be missed, but at least you are staying local. As a Yankee fan who married a Red Sox fan we have decided to raise our twin boys as Mets fans, so here's to sunnier days at Citfield. Couldn't be happier for you or the Mets.
Reply to jonjacoby
Matthew Stupp
As a BP reader, I'm sad I won't be reading Russell's work for the foreseeable future. But as a Mets fan, I'm ecstatic about this. I really want to see the Mets become a leader in evidence-based analysis, so this is great news for the team. I wasn't sure exactly what to think of the Guttridge hire, but this is certainly a very positive sign. Best of luck to you, Russell.
Reply to Matthew
Luis Torres
Congratulations! It's sad that I won't be able to read you anymore, but I am happy for you, and happy that my favorite team will employ such a great baseball mind. Best of luck!
Reply to Luis
Scott Jones
Congratulations! You shall be missed.
Reply to Scott
Ross Fortner
Congrats and thanks for all the work you have done here. Good luck with the job..as I always say, BP is at the forefront, that's why so many of you move on to jobs with the big league teams.
Reply to Ross
Greg Weber
Congrats Russell. You've made me a smarter baseball fan over the past 9 years (and enjoying it just as much as before).
Reply to Greg
William Morrow
I am devastated by this. Very happy for you, but devastated.
Reply to William
Sharky
I’m not devastated, Russell. I’m thrilled! Thrilled for you and (selfishly) thrilled as a Mets fan. Best of luck with this next chapter. I’m liking Brodie more and more by the day!
Reply to Sharky
Brian Koop
You have contributed so much over many years, always interesting and insightful. Thank you so much and all the best for you.
Reply to Brian
Pat Folz
Holy heck, congratulations! We will definitely miss you around here, it's been a long, long time you've been a part of our lives in this small but significant way.
Reply to Pat