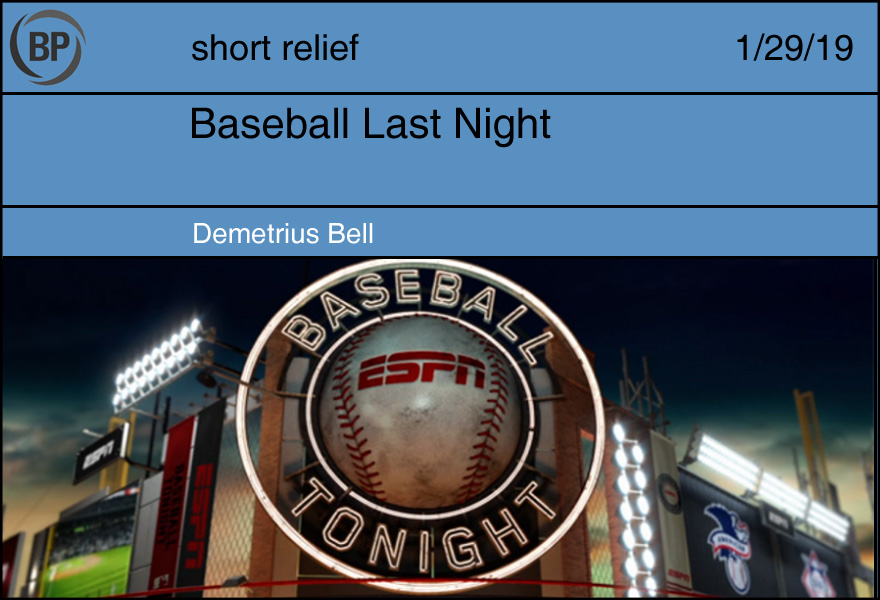 Baseball Tonight is dead and gone. The longtime ESPN studio mainstay was already wheezing out its final gasps of life after they relegated it out of daily status, but recent news confirmed that it wouldn’t be returning for the 2019 season. I’m skeptical that ESPN and the people in charge of distributing MLB content will change their minds in 2020, so Baseball Tonight should probably be considered a relic of the past.

Its fate isn’t one of those sudden deaths that comes as a shock, or an embarrassing decline that eventually led to its demise. Instead, it’s just one of those things where you probably heard the news and were like “Yeah, that sounds about right. The poor old dude had it coming.”

Personally, I haven’t watched Baseball Tonight in a long time. When you have options like an entire television channel dedicated to baseball and the choice of getting baseball coverage from lovely websites like the one you’re currently on, then it becomes less and less likely that you’re going to tune in to ESPN family of networks (at a specific time) just to get half an hour of baseball coverage.

That’s not to say that it was a bad show at the end. In the rare occasions where I did tune in, Baseball Tonight provided the usual service. It’s more that the current state of the sport has evolved past what Baseball Tonight could offer it. Baseball fandom has never been more regionalistic or tribalistic as it is today. 30 minutes of coverage, divvied between 30 teams is not going to be enough for Shelly in Newark who wants to hear the latest minutia about her Mets, especially when she can just turn the dial to the MLB Network or log on to the internet and get whatever she needs right then and there. Even if she wants that quick Mets coverage with her cup of coffee, she can just turn on SportsCenter and catch the highlights there and move on with her day.

Baseball Tonight had become that last part of the buffet that you can’t fit on your plate once you’ve gotten to the things that you were actually craving. It’s not that you hate what it has to offer, it’s just that there’s plenty of options out there to chow down on and by the time you get to that particular option, you’re already full and don’t want it anymore.

It’s a real shame, because it was one of those television shows that I grew up with. I was one of millions of kids who spent late summer nights watching reruns of Albert Belle hitting dingers against anyone who crossed his path. Baseball Tonight will be missed — just don’t try to go back and play the video game for the Super Nintendo. That we can agree to forget. 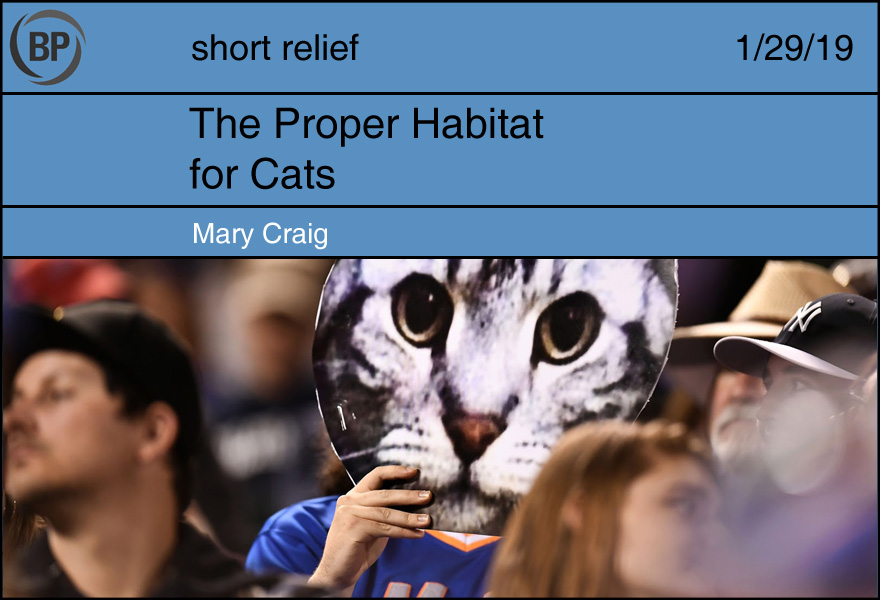 When I was in the 8th grade, my middle school treated us to a local production of Andrew Lloyd Webber’s classic, Cats. After the three-hour production concluded, we were ushered back to school where we apparently were supposed to resume a normal course of activity, as though the morning’s events had not taken place. When we were all seated in class, desperate to continue our exploration of the rational world of mathematics, our teacher surveyed each of us and then asked for our thoughts on the musical. We stared up at her, our silence amplified by the ticking second hand of the clock. Incredulous, traumatized, and resentful, we wouldn’t or perhaps couldn’t answer her question. So we stared at her and she stared back until one of us finally spoke. It was one word, the only word: “why?”

To this day, I’m unsure of the answer. All I know is that I was irreversibly altered. From that day forward, my life was divided in two: Before Cats and After Demeter.

Baseball writers throughout the decades have relied rather heavily at times on the metaphor of ballfields as stages. On the field, players re-enact Sophoclean or Shakespearean tragedies, made all the more tragic by the notion that their endings had already been written before the performances began. The main character, driven by his hubris, is doomed to failure. Fortunately for baseball, the tragic action stems not from matricide but from being thrown out at home.

What makes these plays particularly tragic is the dramatic irony underlining them—the audience knows the vital piece of information that would save the main character from his terrible fate. The audience so badly wants to divulge this information to the characters, but of course cannot do so and is instead forced to watch Oedipus rule alongside his mother-wife. Implicit within the baseball metaphor is that fans somehow are privy to information the team and individual players are not. It draws a separation between the two wherein the actions of one (the audience) cannot affect the actions of the other. All the audience can do is show up to watch their team fail time and again, eventually themselves becoming a secondary tragic element.

Of course, this metaphor does not quite capture the nature of baseball. Though fairly limited, fans can affect their team’s actions, and the barrier between the two is not so defined. In this way, then, the proper theater metaphor would not be a Greek tragedy but rather a production that involves audience interaction, like Cats. In the strictest sense, the audience doesn’t have the power to alter the storyline, but there is a constant recognition of a relationship between the two. The “cats” wander into the audience, and audience members at times are allowed on stage. Both are allowed to ruin each other.