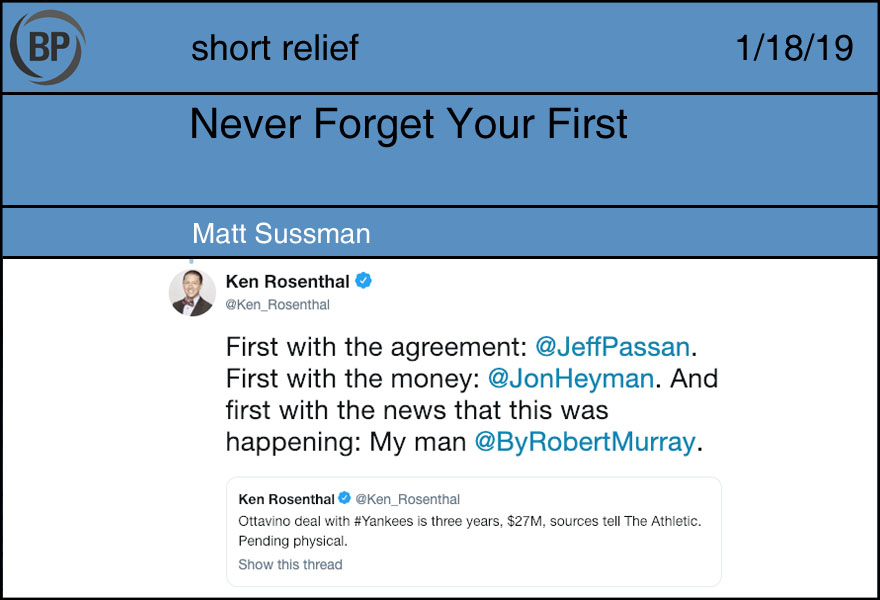 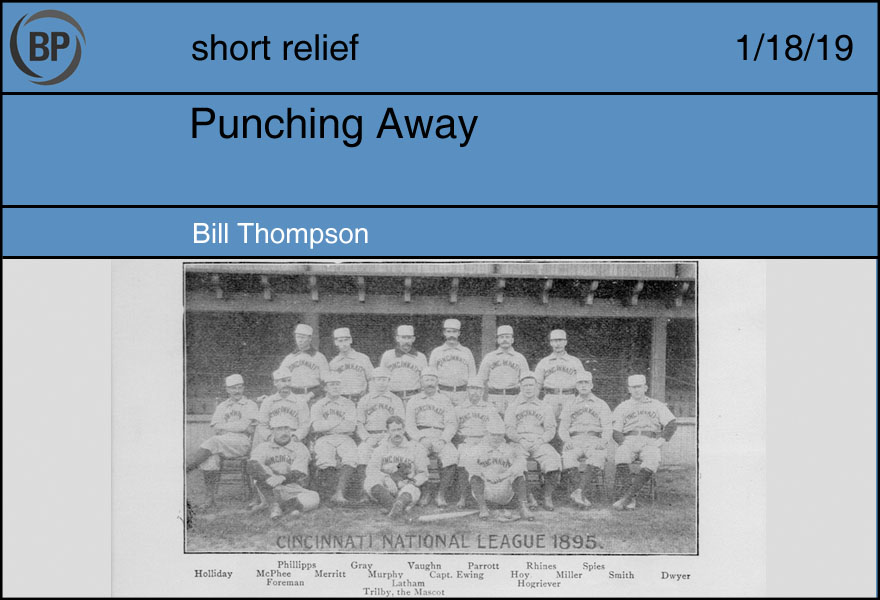 I recognized what was going to happen with a moment to spare: not long enough to dodge, only to steel myself as much as any 11-year-old-boy could muster. In that second, the fist of Jimmy Hillman swung toward my face.

That impact came. It was a dull pain, the sort I now associate with a stubbed toe or smashed finger in a drawer. We were just kids, and Jimmy Hillman was an especially small kid at that. There was no grand event, no brawl to end it all. I saw a punch coming, didn’t react quickly enough, and then watched Jimmy Hillman walk away laughing about the fact he had bopped me flush on the cheek.

George Hogriever didn’t have it so easy. For good ole George he couldn’t just walk away, he had a ball to retrieve after all. The Indianapolis outfielder couldn’t simply forget about the incident either. It’s all anyone wanted to talk about, and years later we’re still talking about George getting his nose pushed in.

As I stood outside the school entrance sniffling away a lone trickle of blood, I went over the altercation again and again. I convinced myself that I should have been able to stop Jimmy. That punch never should have landed, it was clearly some failing on my part that I had been hit at all. My bruised ego and hurt face wouldn’t let me think otherwise. There was no graduation to manhood in that one second or any sort of epiphany. I remained a boy who didn’t know when to keep his mouth shut and had paid the price for his hubris. Sometimes the lesson is that there is no lesson.

It’s doubtful George Hogriever thought he would be punched in the face when his Indianapolis squad took on the Louisville Colonels in a 1903 game. Yet in the ninth inning, he missed a fly ball when a fan threw their hat at the easy out. Then, as he rummaged among the fans for said ball, he was popped right in the face. Another fan joined in and kicked the beleaguered Indianapolis outfielder. By the time he was able to get away from the attack, two runs had scored and the game was tied.

I still remember the first time I was punched in the face. One could imagine Hogriever nursing his wounds as well, reliving the play, selecting the pre-emptive blow that would have salvaged his pride and the lead.Baseball has never forgotten, (as evidenced by Bill O’Neal referencing the incident in his book, The American Association: A Baseball History 1902-1991) and it never will, no matter how much George Hogriever may have wanted people to leave the incident behind. Some things simply can’t be forgotten, no matter how much we may wish they could be.