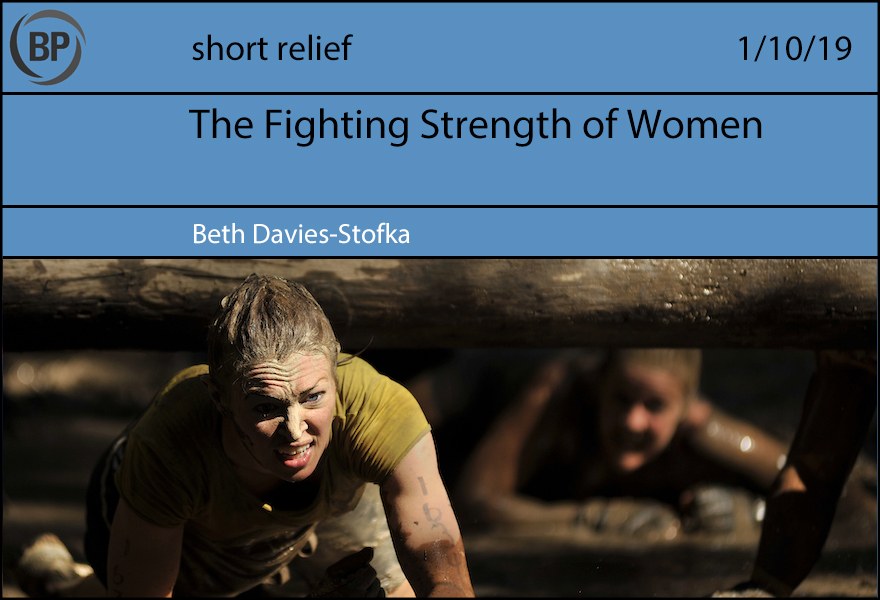 Last Saturday, female and male recruits started training together aboard the Marine recruit depot at Parris Island, South Carolina, a first for the Corps. This is a red-letter moment for women. The Marine Corps is the only service branch that hasn’t fully integrated its recruit training, and while the separate training policy hasn’t officially changed, this will be an opportunity for the Corps to reevaluate its training model. It’s also an important opportunity for would-be female Marines to prove themselves alongside the male recruits. Those who succeed will do so by establishing that they are at least as fast, strong, agile, and worthy as the men.

When the Department of Defense ordered in 2015 that all military occupations and positions be opened to women, the different branches developed and began implementing integration plans (although the Marines only did this after controversially requesting a partial exception). Under the new rules, women have already distinguished themselves in Army roles. According to Marine Corps Times, “10 women have graduated from the Army’s grueling Ranger course and one is serving as an officer with a Ranger regiment. Nearly 74 women have graduated from Infantry or Armor Basic Officer Leader’s Course.” Meanwhile, 92 women have earned Marine combat roles.

These women have passed unquestionably rigorous and demanding physical trials and continue to pursue elite conditioning and skill. They also navigate strong cultural resistance to their achievements. The barriers to women in the traditionally “masculine” pursuits are well known; the barriers to women of color even more stubborn and exclusionary. DoD mandates aside, women have to maintain an unusually fierce focus to make a place for themselves. Master Sergeant Lincoln Barham, a retired U.S. Marine told me, “Women, especially those of color, always have an obstacle to deal with. Female Marines, like many women of color, compete and justify their existence among their counterparts. I used to tell them, don’t give them the satisfaction. Just be yourself and you will succeed, even if you fall short.”

No public institution should force Major League Baseball to open its doors to women, but it’s worth asking: what are we missing? Roughly 170 women, soldiers and Marines, have emerged from an arduous training regime exhibiting so much physical strength, mental focus, courage, and skill that we entrust the defense of our nation to them. Would they find baseball too challenging? Given the same training, could they not compete alongside the men? I would not want to be the one to tell them. 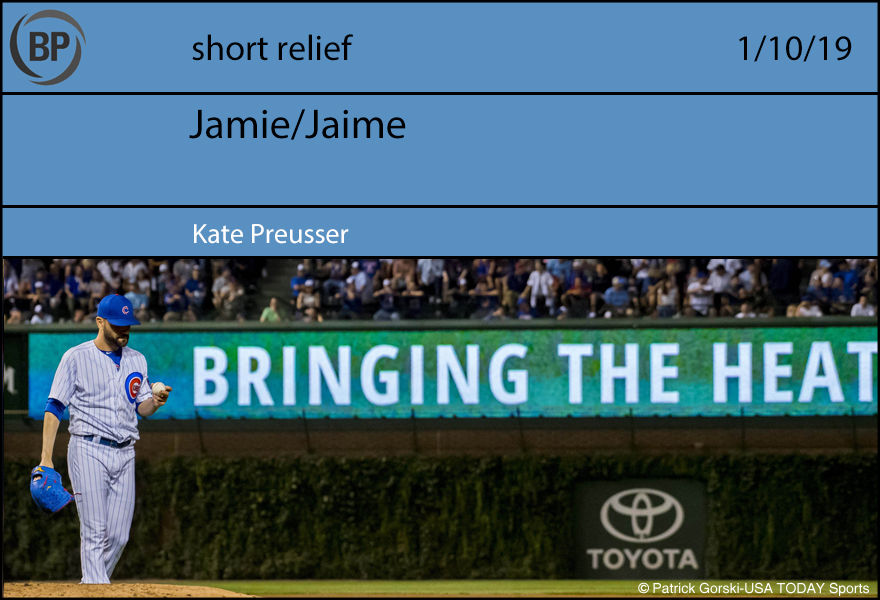 Jamie Moyer is the gold standard of longevity for a left-handed pitcher, so beloved that his own team put out an ad gently mocking his lack of velocity. That ad came out in 2002; Moyer was already fifteen years into his MLB career at that point and would continue to pitch a decade past that. It’s a mark that seems impossible these days, a career spanning a quarter-century, and the reason why a pitcher with a lifetime ERA of 4.25 still bears mentioning on baseball broadcasts. In a game where careers are made and broken season by season, players like Moyer are a lodestar. It is not the cherubic visage alone of Bartolo Colon that excites joy in the hearts of baseball fans; it’s the fact that he’s been around for so long, offering a sense of continuity and security, his refusal to hang up the cleats a promise that we aren’t that old, actually.

More than anything, Jamie Moyer’s legacy might be that any lefty pitcher entering their mid-30s will at some point be compared to Jamie Moyer. Google returns 200,000+ results for “Wade LeBlanc + Jamie Moyer”; J.A. Happ, fewer than that, but still A Number. Searching “Tommy Milone” plus Moyer’s name directs one to a raft of articles about “crafty lefties.”

Jaime García is just 32 years old—young enough for the LeBlancs and Happs of the world to look down upon—and yet has already announced his retirement from the game. Despite a down year in 2018, it’s possible, even probable, that García could have helped a team next season. Yes, his average velocity is down a couple of ticks across the board, but his fastball still almost scrapes 90 on average, more than sufficient from a lefty slot. García has a full arsenal of pitches, and at the very least, could be a long relief option out of the bullpen, as the Jays used him last season.

García has struggled through injuries in his 10-year-plus career in the majors, getting knocked out by a pitcher’s scariest acronyms in TJ and TOS. He’s battled struggles in high-profile games, and carried a perfect game into the eighth inning. He’s a World Series champion. And now he’s chosen to retire, preserving his career sub-4 ERA, reminding everyone of their own age in the process, and possibly leaving money on the table. But it’s his choice to make, and he’s opting out before his body has a chance to betray him again, and before he pops up in search results alongside Jamie Moyer.