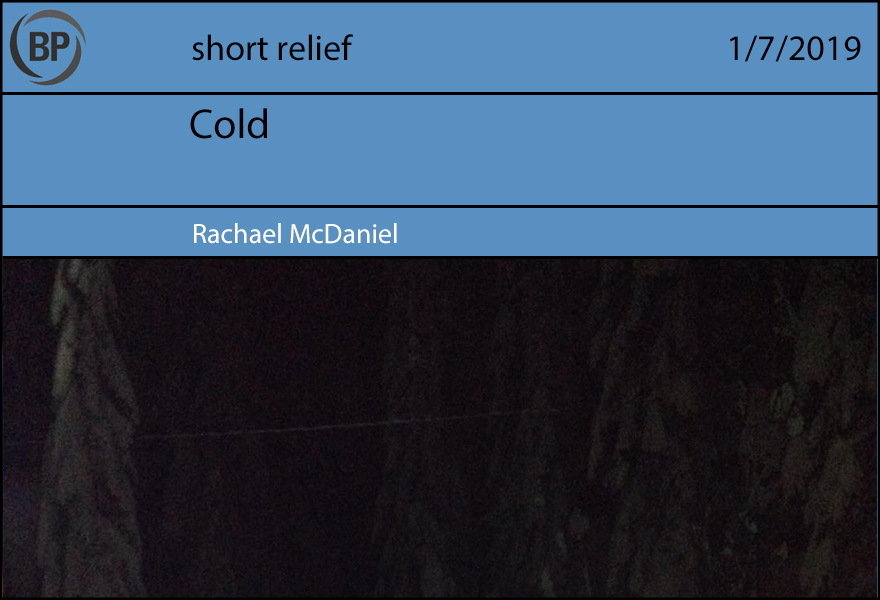 You have been wandering in aimless, companionable silence for a while when your friend has the presence of mind to check the time. It’s 11:58 — too late to change course, find a nice restaurant or a good vantage point from which to view the fireworks. You’re nowhere near the waterfront now, anyway. There’s nothing around here except a row of old houses, an unlit street, no sidewalk, a soggy field. This is where your year is going to come to an end.

“What should we do?” your friend asks.

“I guess we should… find somewhere to sit? To, like, reflect upon the year past or whatever.”

You look around. The road is coarse and ill-maintained, full of pebbles and puddles, and the lack of light puts you at risk of getting hit by an unsuspecting car. You point at the field.

“I don’t want to ring in the new year sitting in mud, either.”

But you are already taking off, leaping over the ditch, your feet squelching in the soggy grass.

“Come on, the mound should be fine.”

When you turn around, your friend is still standing on the road. You stop.

“Come on!” you say, suddenly determined. “We don’t have much time.”

They shake their head and start running after you.

Your guess, as it turns out, was right: The mound is fine, in the sense that it’s not full of puddles. It’s still damp, though. You take off your hoodie and spread it out on the ground with a flourish; from your backpack you reveal a bottle of cheap sparkling wine. You open it as your friend sits. No sooner do you join them on the ground than the dull cracking of distant explosions fills the air. You offer your friend the bottle. They take a dignified swig. You do the same.

“Well, happy new year,” they say after a moment.

There is no moon tonight. The stars look very far away. You try to trace a pattern among them, but it’s been too long since you learned about the constellations. They’re just random dots of light in the sky.

“I mean…” Your friend sighs. “Nothing. It was a nothing year. Basically the same as last year. I did things. I was stressed out. I guess that’s just what life is going to be like for me now.”

They look at you.

“Yeah.” You wrap your arms around yourself.

“Do you…” They pause, looking at the ground. “I wasn’t sure if this was an okay thing to ask while everything was going on with your dad. But… do you think you’ll ever play again?”

You flop backwards. You can feel the contours of the pitching rubber under your hoodie, pressing into your back. From the ground, the stars look even further away.

“I know he really wanted you to play,” your friend says, cradling the bottle, each word careful and soft. “But I think as long as you’re doing what you want to do — I mean, doing what’s good for you, whether that’s playing forever or never playing again — I think he would be proud of you.”

You can almost hear his voice — coming from far back in the distance, some winter years ago. It is cold now, and it was cold then. Your fingers were numb and red, and you could barely grip the ball anymore. You wanted to go inside. No, he said. Don’t be lazy. Isn’t this what you want? The stars blur, and refract shards of light pricking into you. 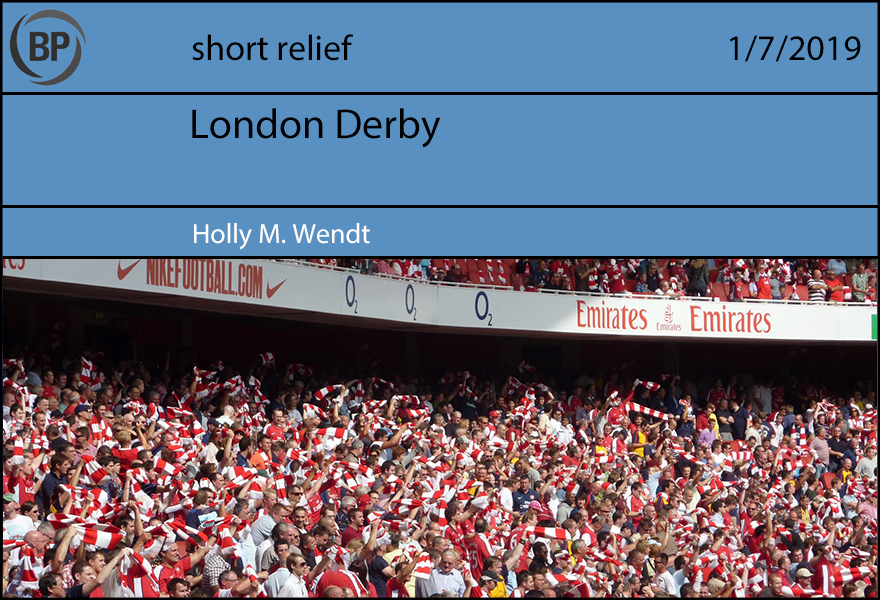 On the 19th of December, after an unfashionably early dinner, we stepped out, jetlagged, into London’s late-afternoon darkness to hear singing. Not carolers, but something else: something unclear until we turned the corner and saw the line of officers wearing reflective vests, the support vans parked along the curb. Everyone was standing still — no sense of urgency, no sense of danger — but the singing resolved: a hymn to the English Premier League team Arsenal on the evening of their North London Derby against Tottenham Hotspur. As we drew level with a side street, the volume grew, and there, in the golden glow thrown by one pub or another, more than a hundred people in one musical mass, drinks in hand.

It was barely six p.m. The match hadn’t started yet, and if there’d been any actual disorderliness to prompt the presence of the police, there was no sign of it now. There was only a raucous chorus of words everyone already knew. As we carried on to our hotel in Kings Cross, the sound of the singing persisted, then fractured, brightened, as other passersby — sympathetic to the cause — joined in, sometimes splaying their cannon-stitched scarves between raised hands. Elsewhere in London, surely the experience repeated and reversed: Tottenham songs, blue and white scarves stretched overhead.

Later, I learned about the fractious early December match between the two teams, complete with multiple arrests of supporters in the aftermath, a fight on the pitch, and another racist pillock throwing a banana peel at a black player. The game that hadn’t yet been played would also involve another projectile — a bottle thrown that hit Dele Alli. But at that moment, puttering along the sidewalk, sleepy and full of deep-fried potato, I was thinking about the singing.

I tried to think of a baseball equivalent. I couldn’t think of one, not really. There’s the seventh-inning stretch and “Take Me Out to the Ballgame,” plus the occasional stadium-specific tune like “Sweet Caroline” and “Rocky Mountain High” careening out through the speakers, but there is no team-specific psalmody that belongs to the fans rather than the official apparatus of the team, no communal, spontaneous eruption of any number of songs. The sport of baseball lives so much in American English, in the fabric of the language itself, but the ritualized cheering seems to have evaded our professional sports — save Major League Soccer, which is, of course, modeled even at the merchandising level after the EPL and other European leagues.

I tried to conceive of why that might be, whether there’s some lonesome, independent spark that might be responsible for baseball’s resistance to such things, given the length of the games and the ample opportunities to break into song, but I couldn’t find any real answers — at least none specific to baseball. Groups of fans at NFL and NHL games generally don’t — as an arena collective — break into song. As someone who, at another time in their life, followed an English football team and stood in a stadium and scream-sang with thousands of other people for 90 minutes, I think about this quite a lot.

This is not to champion one fannish methodology as better or worse (though I, personally, would rather sing my head off through the pregnant pauses between pitches than be exhorted by one more screen to MAKE NOISE! or watch another bogus animated decibel meter rise). And whether one sings or does not sing through a sporting event has no causal relationship with the “seriousness” of one’s fandom or whether one throws things at players or tries to maim an opposing fan. This is simply to say that I was thinking about the differences in experiences — thinking about them again — at that moment on a street 3,000 miles away from home and the diamond’s omnipresence, a place where baseball was made conspicuous by its absence, an absence born not only of the offseason’s stultifying cold stove but of the distinct lack of so much as a familiarly logoed cap. In seven days, in a city of nearly nine million people, I saw one MLB cap — a Red Sox hat — on a young man on the Victoria Line and a Yankees jacket on a man near Leicester Square, two things that may or may not correlate to baseball interest. That didn’t stop me from looking for more.

You need to be logged in to comment. Login or Subscribe
Bill Thompson
While it has team ties, I feel that Cubs fans have taken Go, Cubs, Go and turned it into their anthem. It is their anthem of winning, but when they do win, fans sing that song in unison in the ballpark, in the bars, and down the streets of Wrigleyville well after the game has ended.
Reply to Bill