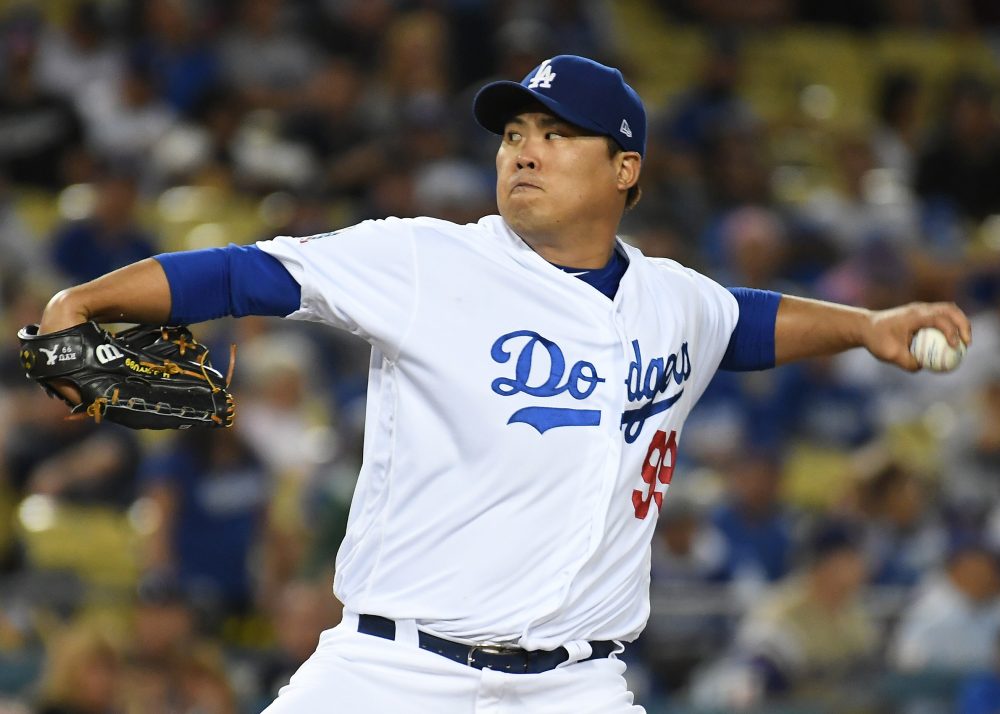 I was born and raised until elementary school in South Korea. Some of my first sports memories consist of watching Korea Baseball Organization highlights at 9:45 every night on KBS Sports News. I remember going to an LG Twins vs. Doosan Bears game at Jamsil Stadium on Children’s Day (May 5) in 1999, where Doosan won a 10-9 thriller thanks to a walk-off home run by Ahn Gyeong-Hyun. I joined a Little League team that year to try my luck at becoming a baseball phenom, perhaps the next Lee Seung-Yeop (KBO’s all-time leader in home runs), but alas, the stars were not aligned.

My family moved to Connecticut in 2002. Even living in the United States from middle school through college, I kept up with the KBO while growing my MLB fandom. It’s been very fun following two different leagues closely and understanding both enough to compare and contrast their characteristics. I now live in Korea again, so I wake up turning on MLB.tv to catch a game from a different side of the world and then, about 10 hours later, watch the games happening in my home country. A double dose of baseball is pretty great.

I’m sure 99 percent of the readership here has MLB as their primary baseball follow. It may sound daunting to try to closely follow another entire league, especially when you don’t have a personal connection to that particular nation. But get this: It’s still baseball, and I’ve personally found a lot of joy in being able to understand and follow what’s going on in two different countries. My hope is that some of you fellow baseball nuts might feel the same way, so I’m going to be covering the KBO regularly for BP.

Below is an introduction to the KBO, with much more to come.

The league started in 1982, with six teams representing different areas of the nation while bearing names of their corporate ownership. Here are the original teams and their cities:

Only the Giants and Lions have remained with their original team name and cities. Here are the teams set for the 2019 season:

The most recent update is that the team formerly known as the Nexen Heroes (for whom Jung-Ho Kang and Byungho Park played before landing in the majors) is no longer. The Heroes Baseball Club is the only franchise in the league that’s its own entity rather than that of a bigger corporation’s, and they have used the title of their naming sponsor as part of the means to help operate their franchise. Their contract with the Nexen Tires corporation for the naming rights expired after the 2018 season and they have since linked up with the Kiwoom corporation for the honors.

As for the other clubs, yes, they all bear the names of their parent corporations. Imagine if MLB teams did the same — think the Nintendo Mariners or Little Caesars Tigers. I’m sure it’s not an appealing idea for most of the readership here. Me? I personally am desensitized from it because I’ve been hearing names like the Haitai Tigers or the Hyundai Unicorns, and seeing Nexen Heroes jerseys with corporate sponsor patches all over them, for as long as I can remember.

In the late 1990s, South Korea was struck in a nationwide financial crisis which eventually led them to take a loan from International Monetary Fund. In general, people started to spend less and that correlated with decreased KBO attendance. Some corporations could no longer manage running a franchise. The Haitai corporation sold their franchise to Kia Motors (hence the switch from the Haitai Tigers to the Kia Tigers), for instance. In an extreme case, the Ssangbangwool Raiders had to fold their franchise after selling off their best players and experiencing some terrible baseball.

Another blow to KBO was the rising popularity of soccer. In the early 2000s, the nation experienced immense soccer hype surrounding the 2002 Korea/Japan World Cup. Not only was it a big deal that the nation co-hosted a worldwide tournament, South Korea also made it to the semi-finals while beating powerhouses Italy and Spain along the way. It was great for national pride, but bad for the KBO. That year, the league accumulated 2.39 million in total attendance, which is 4,501 per game, a steep dropoff from an average attendance of 10,727 per game as recently as 1995.

Perhaps an even bigger reason (and also a byproduct of the previous point) is that the Korean national team’s international success boosted the public interest in baseball. In 2006, the team made a surprise run to the semi-finals in the inaugural World Baseball Classic, including a shocking victory over the All-Star-laden United States squad. In 2008, they won the gold medal in the Beijing Olympics, a first-time feat for the nation’s baseball team. The narrative of beating Japan twice and clinching the dramatic finals against Cuba captivated the entire country. It also started the baseball boom of youngsters all around the country taking up the sport, with the recent high school KBO draftees being dubbed “Beijing Kids.” The national team also saw immense success in the 2009 World Baseball Classic, where they made it to the finals before losing to Japan in extra innings.

The combination of young emerging talents and international success significantly boosted KBO attendance. In 2006, the league drew 3.04 million people to the ballpark. That jumped to 5.93 million in 2009, nearly doubling attendance in three years. Since then, the number has mostly trended upward thanks to baseball solidifying its status as the peninsula’s most popular sport. Beyond that, two more corporations — NCSoft and Korean Telecoms — saw baseball as an opportunity to raise awareness for their brand, establishing two new franchises with the NC Dinos in 2013 and the KT Wiz in 2015.

The league broke the seven-million attendance barrier (7.15) in 2012, and four years later they topped eight million (8.34). After reaching an all-time high of 8.40 million in 2017, the KBO saw a slight drop to a still-healthy 8.07 million in 2018. Through international success, good marketing, and other factors, Korean baseball has transformed from playing second fiddle to soccer to the peninsula’s biggest sport.

We’ve started to see more Korean players reach MLB. Back in the 1990s, Chan-Ho Park became a top-flight starter for the Dodgers, amplifying scouting interest in Korea. In the late 1990s, the Red Sox signed a series of Korean pitchers like right-hander Jin-Ho Cho, right-hander Seung-Joon Song and left-hander Sang-Hoon Lee. The Diamondbacks got luckier, as they were able to net a future closer in side-armer Byung-Hyun Kim. While none of them were signed directly from the KBO, it was clear that American teams were taking bigger notice of talents from the peninsula, hoping they would net the next Park.

After the 2012 season, the Dodgers became the first MLB team to sign a player directly from the KBO, adding star lefty Hyun-Jin Ryu, who has proven to be an elite big-league pitching when healthy with a 3.20 ERA in 558 career innings. Following his success, MLB teams became even more eager to see what KBO players could do in America. Most notably, the Pirates signed Jung-Ho Kang, the Twins acquired Byungho Park, the Orioles saw a good return with outfielder Hyun-Soo Kim, and the Giants had infielder Jae-Gyun Hwang for a cup of tea in the majors.

Non-Korean players who played in the KBO also got looks from the MLB teams, with Eric Thames being a prime example. After destroying the competition in the KBO with the NC Dinos from 2014 to 2016, the Brewers signed Thames to a three-year contract and he’s slugged .504 through two seasons in Milwaukee. This winter, right-hander Merrill Kelly, who spent 2015-2018 with the SK Wyverns after previously being a marginal prospect in the Rays’ farm system, signed a two-year, $5.5 million deal with the Diamondbacks. While not everyone from the KBO has worked out well in the majors, it’s clear that MLB teams are scouting Korea more than ever.

I hope you’ll also come along for the ride this season.

You need to be logged in to comment. Login or Subscribe
Peter Collery
This sounds like fun. When does the season start/end? How does postseason work?
Reply to Peter
jssharo
When I lived in Korea 10-15 years ago, I went to a fair number of games at Chamsil stadium in Seoul. It was terrific fun... the cheerleaders, the smell of dried squid, the thunder sticks back before those Angels fans adopted them.... Very much looking forward to your coverage, Sung Min.
Reply to jssharo
Sharky
Thanks, Sung Min. A fun read. Looking forward to more coverage. Would like to hear about any differences in style of play, running game, pitcher usage, etc. What makes it fun and different?
Reply to Sharky
Ross Fortner
Thanks! Looking forward to keeping up with more baseball, BP at the forefront as usual!
Reply to Ross