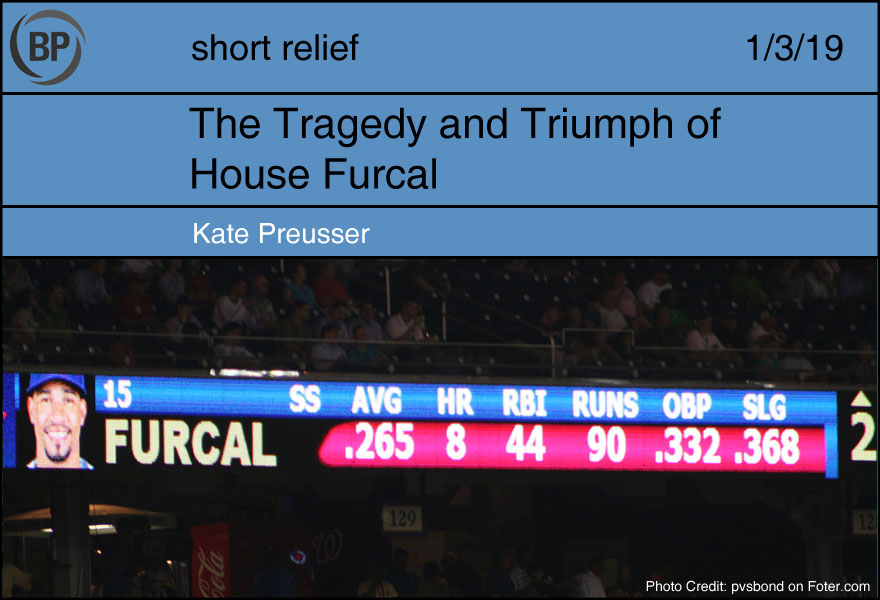 Some families have more tragedy woven into the fabric of their family tapestry than others. The Grimaldis are said to be cursed in love, the Guinnesses cursed by cars, the Hemingways cursed by dark thoughts coupled with substance abuse. The Kennedys are just plain cursed.

The Furcal family might be baseball’s most cursed family. Silvino Furcal taught his four sons the game from their home in Loma de Cabrera, a town in the Dominican Republic of about 7,000, nestled right against the border with Haiti. The DR is divided from Haiti at the northern border by the Dajabón River, also known as the Massacre River, where thirty French pirates were killed by Spanish settlers in 1728, making the river run red with blood. The river ran red again in 1937, when dictator and megalomaniac Rafael Trujillo ordered the murder of any Haitians illegally in the Dominican Republic, the so-called Parsley Massacre (named as the word for parsley in Spanish, perejil, functions as a shibboleth, distinguishing the Haitian accent from the Dominican accent).

Silvino was, from all accounts, a very talented outfielder, and if he’d played any later in the century, would in all likelihood have been signed by an MLB club. As it was, he played on teams in the Dominican, drove a cab, and taught his sons the game. Silvino died in 2010 after being kicked in the chest by a horse on the family farm.

Manuel Furcal pitched in the Mariners organization for four years. He died in an accident in 1999. Another brother, José, committed suicide that same year. Lorenzo, the oldest brother, pitched in the A’s organization for two years before breaking his arm, and then a leg, and deciding to retire. Of Silvino Furcal’s four sons, the only one who made it to the majors was the youngest, Rafael, where he played fourteen seasons, won a World Series, and was a three-time All-Star. Despite the accolades, Rafael’s big league career wasn’t easy: like his brothers, he battled both injury and off-field issues, getting arrested for drunk driving during his final season with the Braves. Lorenzo, the only other surviving brother, puts it succinctly, with a shrug: “There were three of us. One had to make it to the major leagues.”

Things are different now. Dominicans are regarded as some of the best players in baseball, with MLB teams establishing academies in the country and sending scouts by the droves to find the next Pedro Martínez or Vladimir Guerrero. And the Massacre River is spanned now by something called the Friendship Bridge, linking the DR and Haiti for trading purposes. A group called Border of Lights memorializes the Parsley Massacre each year with art installations and a candlelight vigil. Rafael Furcal has three sons of his own now; sons he’s teaching to play baseball in a big house. He still donates money to Loma de Cabrera, buying the town a fire truck and paying off residents’ hospital bills; but he has made his home in Santiago, far from the family farm where he grew up, far from the river they call masacre. 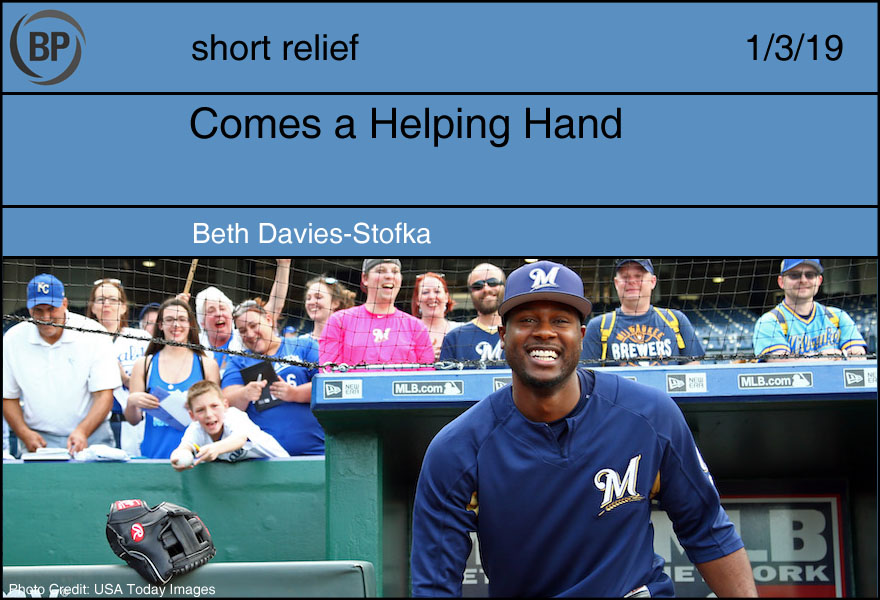 I lay flat on my back on the cold December concrete and stared up at the stars, thankful that it was a clear night. I needed something to look at, because I did not want to get up.

I’d just fallen. I was walking too fast and talking too much and not looking where I was going, so when the sidewalk ran out, I rolled my ankle off the curb and went flying. It wasn’t pretty, but I hurt too much to worry about being embarrassed. Instead I just lay there, wondering which injury was the worst. It was going to be either my ankle or my shoulder, I figured, the ankle that rolled or the shoulder that jammed when I stopped my fall with one hand. At least, that’s what I thought until an hour later, when my knee swelled to three times its size and began to turn purple and green.

Bruised knees aren’t listed among the most common player injuries, but they happen often enough. Collide with a wall, collide with a baseman, foul a ball off your knee, and there you are, listed as day-to-day. These are hazards of the game and a lot of guys only miss a few days, but you couldn’t have told me that. When I saw the size of my knee, I thought the world was coming to an end.

My companions had no idea that I was in pain and there was no way I was going to tell them. I had literally bruised a bone, and it literally hurt, but I learned at a very early age to take all of life’s “contusions” without flinching. Stay composed, get back in there, and never, ever let anyone know it hurts. So I said nothing as the conversation went on around me.

Instead I reflected on the time I saw Lorenzo Cain foul a ball off his right knee. He had crumpled straight to the ground. It obviously hurt, but he tried to get up. He kept his head down and he tried to get up. He didn’t show his face so I couldn’t guess what went through his mind, but maybe his thoughts were something like mine. He returned to the box and finished his at-bat. He took the blow. He didn’t flinch. And he kept going.

As soon as I was home, knee safely iced, I dug up a clip of Cain’s bruising at-bat. This time, I saw something that I’d never noticed before. I saw Royals trainer Nick Kenney reach out to help Cain stand. For the first time, I realized that there may be an alternative to the loneliness of a stiff upper lip. Yes, you have to take life’s hits. Yes, you have to keep going. And yes, sometimes, you might even have to mask your pain.

But you don’t have to do it alone.